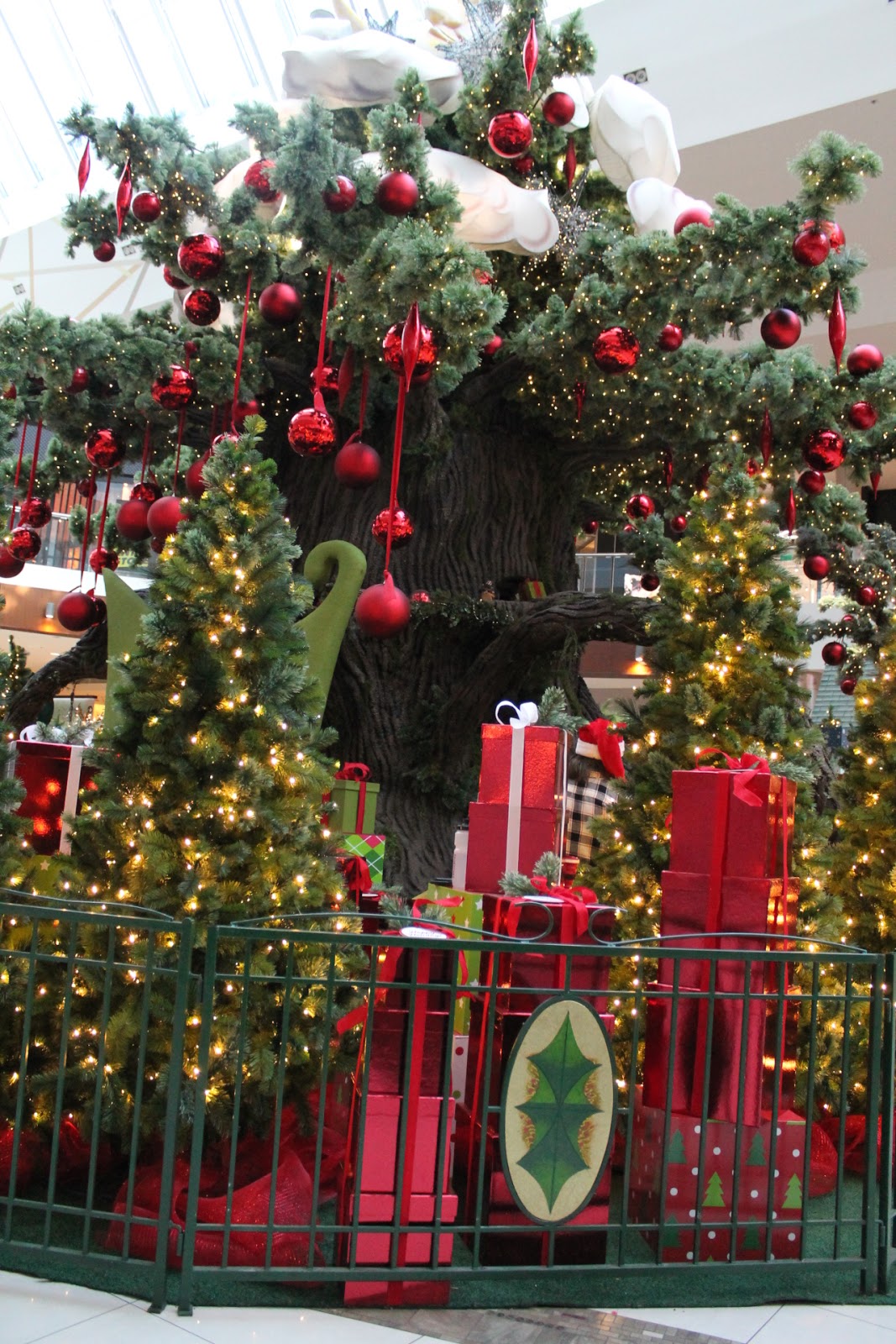 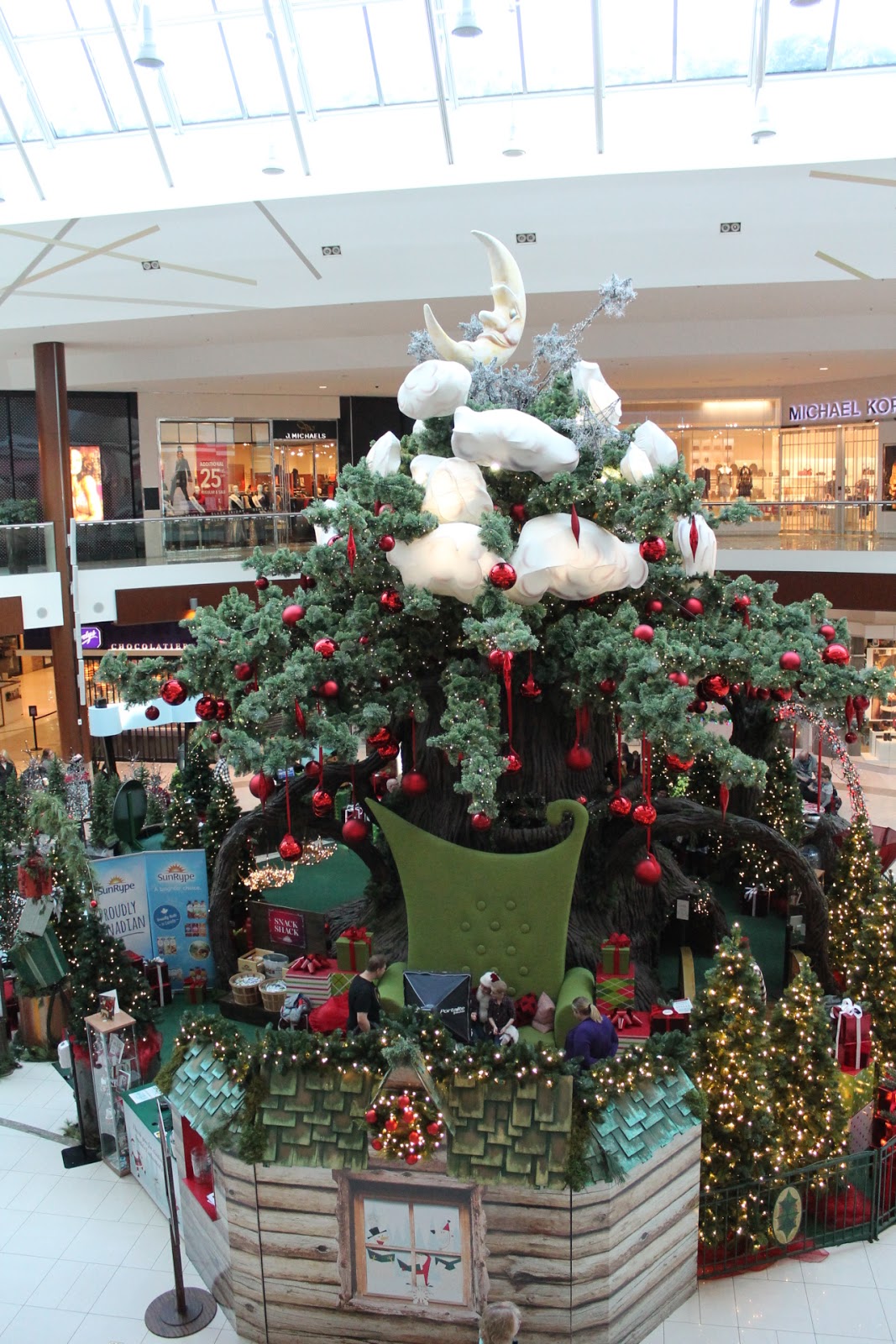 A few weeks ago I took the kids to Southcentre Mall here in Calgary for a sensory friendly event called “A Special Time with Santa”. If you recall this Instagram post from back in October when we attended Southcentre’s Halloween event -- you’ll know it was a huge success with Evanna, and hands down the best Halloween we’ve had to date. It was just so great to take Evanna to a safe indoor venue to celebrate another holiday that was relatively quiet, had the luxury of taking our time, nor feel rushed, and it resulted in an incredibly enjoyable experience.

For Christmas, Southcentre invited us to attend their sensory friendly “A Special Time with Santa”, where again, we were assigned a certain time block to come and see Santa when the mall first opened (so most of the stores were actually still closed), the lights were kept off  (just the natural lighting from the sky lights were used), and the overall environment was kept calm and quiet. Taking Evanna out into very busy and noisy environment can sometimes be very overwhelming for her, and she'll make it known that she is not having a good time and just wants to go home and play with her favourite toys. So for both Halloween and the Christmas events when Evanna actually exhibited that she was having a good time and was actually enjoying herself -- made my mama heart burst, and there’s seriously no better feeling then seeing your child relaxed and visibly happy.

On the day we attended “A Special Time with Santa”, Evanna was actually just getting over a week long illness, so we still had to take things slowly and be more aware of her limitations. I was actually a little worried about how the whole thing would go (like I was was *this close* to canceling our appointment), and if sitting with Santa would upset her and cause a desat/go into respiratory distress. Thankfully from the moment we placed Evanna beside Santa, she immediately began to cuddle in close to him and rest her head against his arm. On the other hand, while I though Bennett would love Santa (as he’s super easy going, and generally loves everyone he comes into contact with), he exhibited a good ol’ classic “baby meltdown” while sitting on Santa’s knee, and thought it was quite hilarious! So for a few moments, you had Evanna snuggling in close to Santa on one side… and Bennett crying and trying to get away on the other. Pure gold!
Once we captured a few photos, I grabbed Bennett and removed him from the situation, but when I went to go and grab Evanna, she actually started pushing me away, and cuddled in further into Santa’s embrace. It seriously was the cutest thing ever, and one of the most heartwarming things to see. Santa realizing what was going on, hugged her closer and told us that we could give Evanna a few more minutes before we had to leave. Bless his heart! 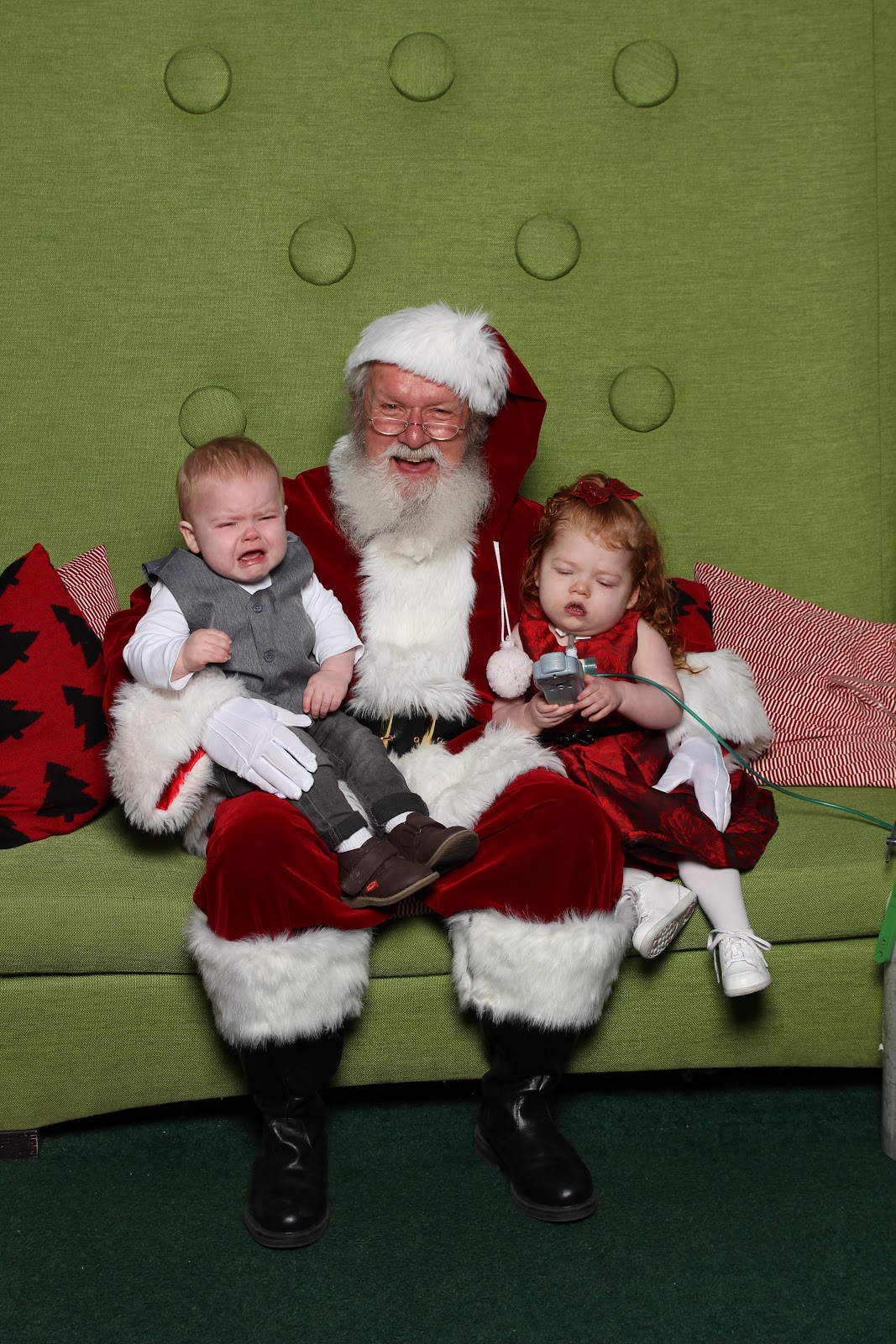 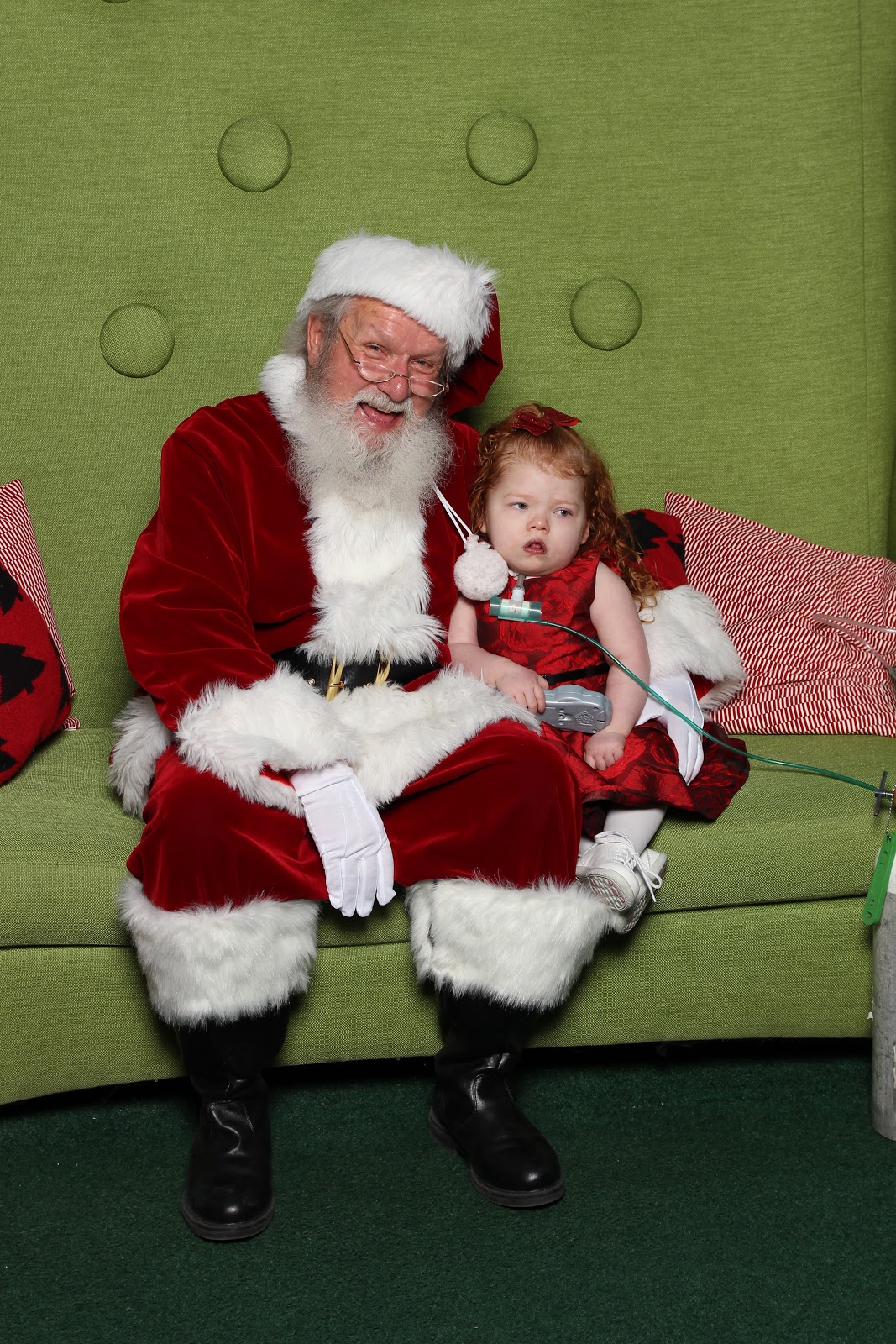 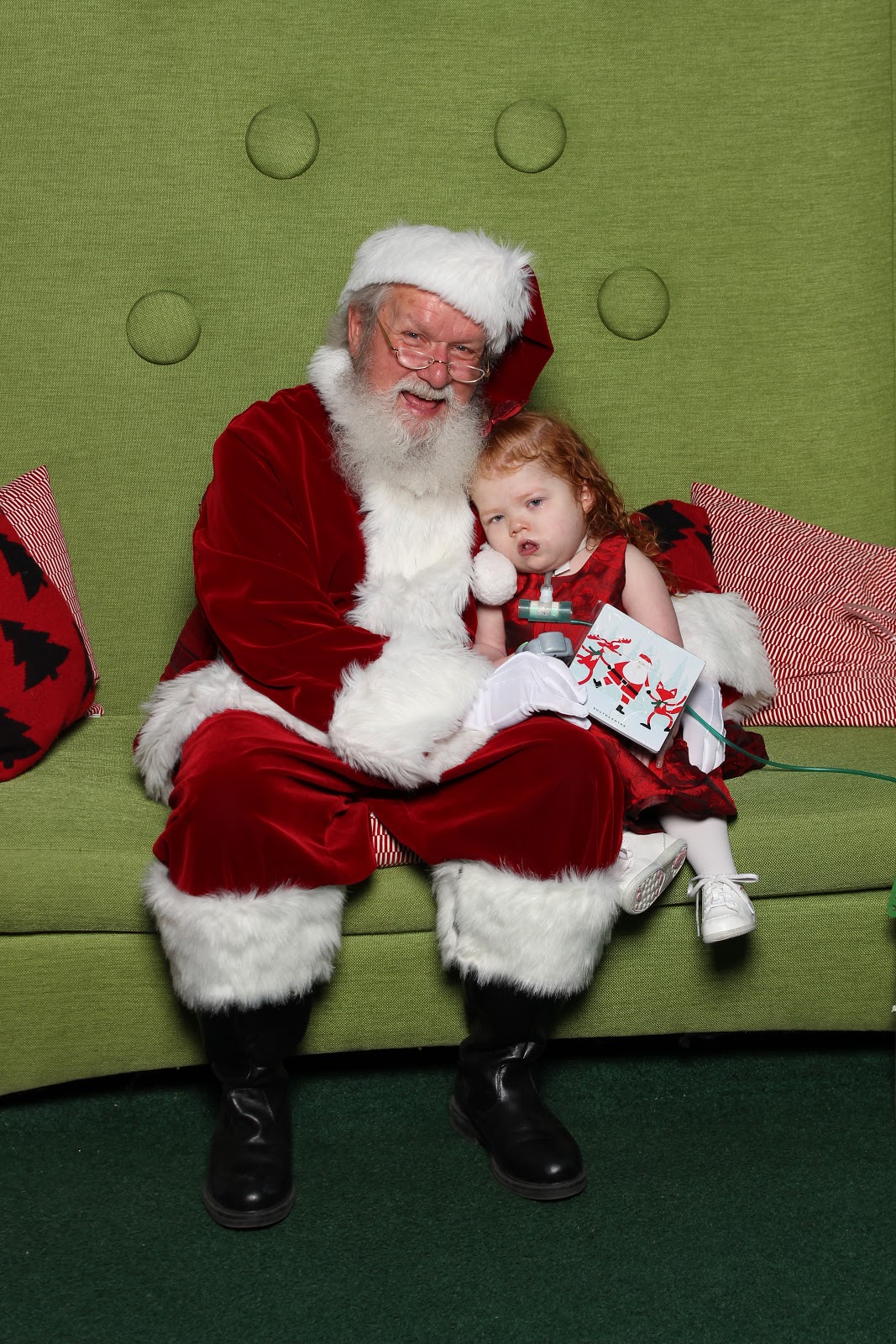 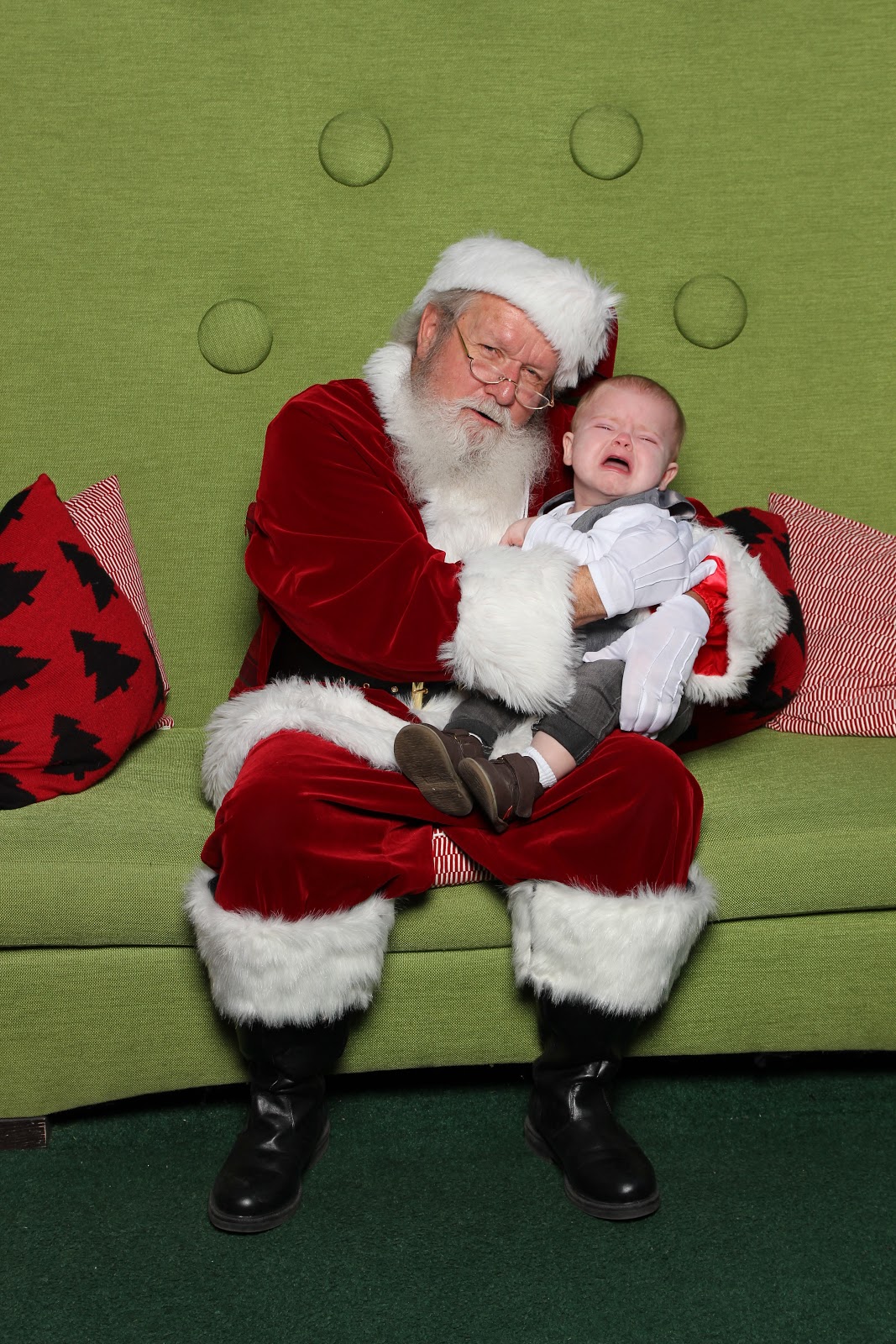 Once we got Evanna settle back into the stroller, we let Bennett crawl around the “North Pole” exhibit for a little while (burn some more energy lol), and I was then interviewed by Global Calgary. Link to that news article can be found here ---->
https://globalnews.ca/news/4697089/calgary-special-needs-santa-photos/

Overall, while it was a slightly stressful morning because Evanna’s energy and tolerance reserve was significantly lower than normal -- it actually went better than expected, and still over the moon with how the whole thing unfolded. I would like to thank Michelle and the team at Southcentre for putting on this amazing event + and Dave the Santa for being so patient, calm, kind and beyond understanding of our situation – while also looking past the trach and oxygen. I just loved how he “knew” just what to do and how to make Evanna feel at ease and comfortable. 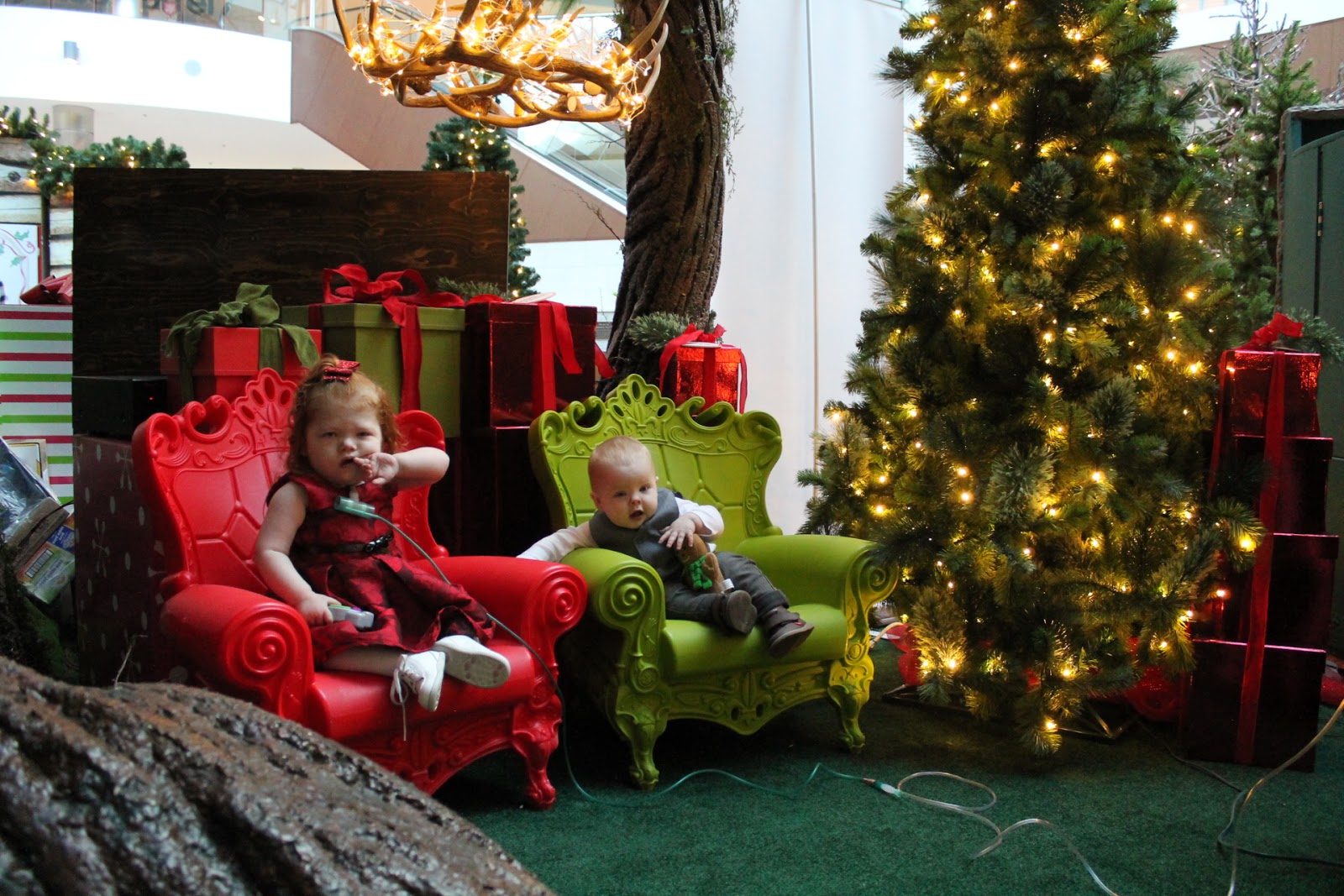 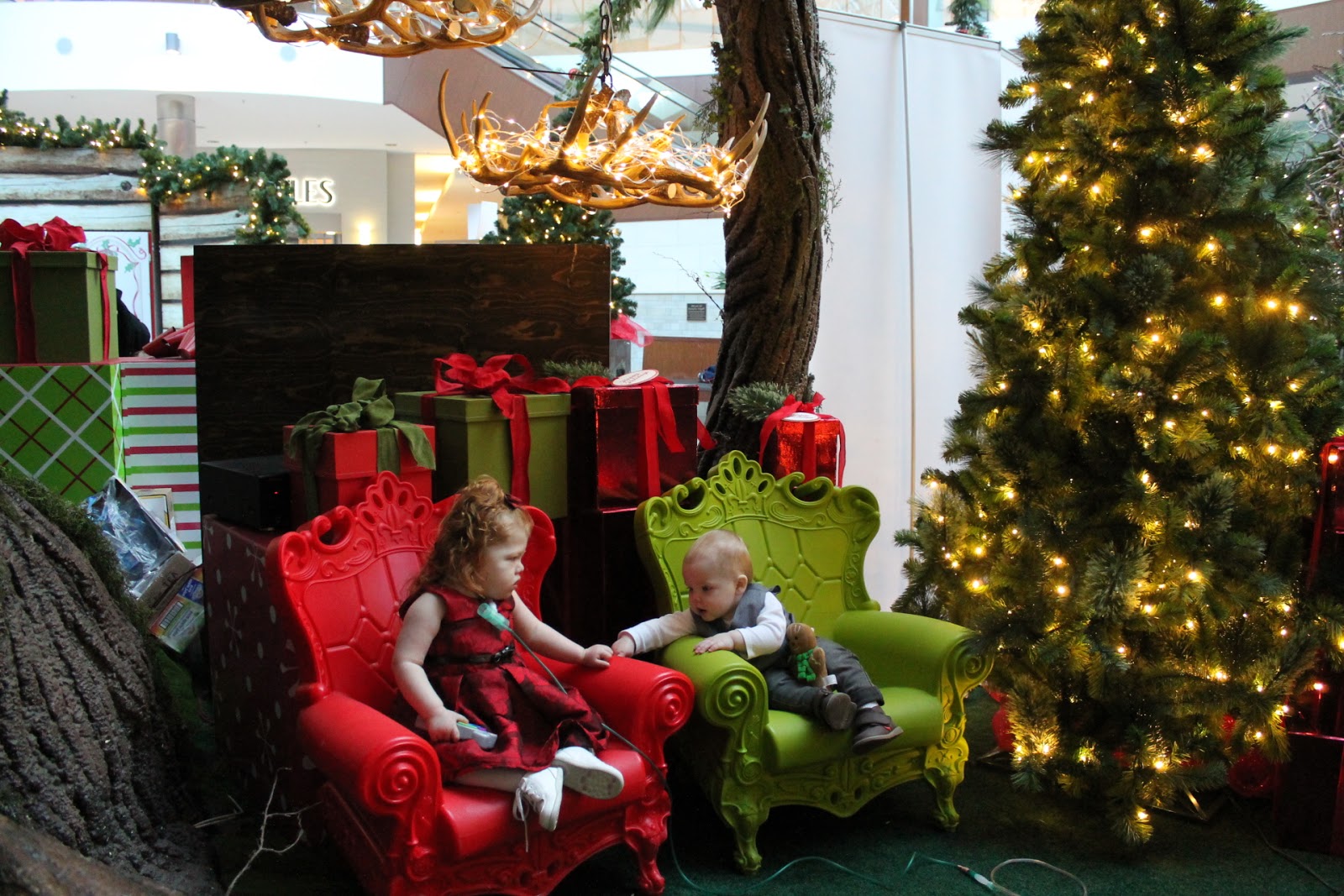 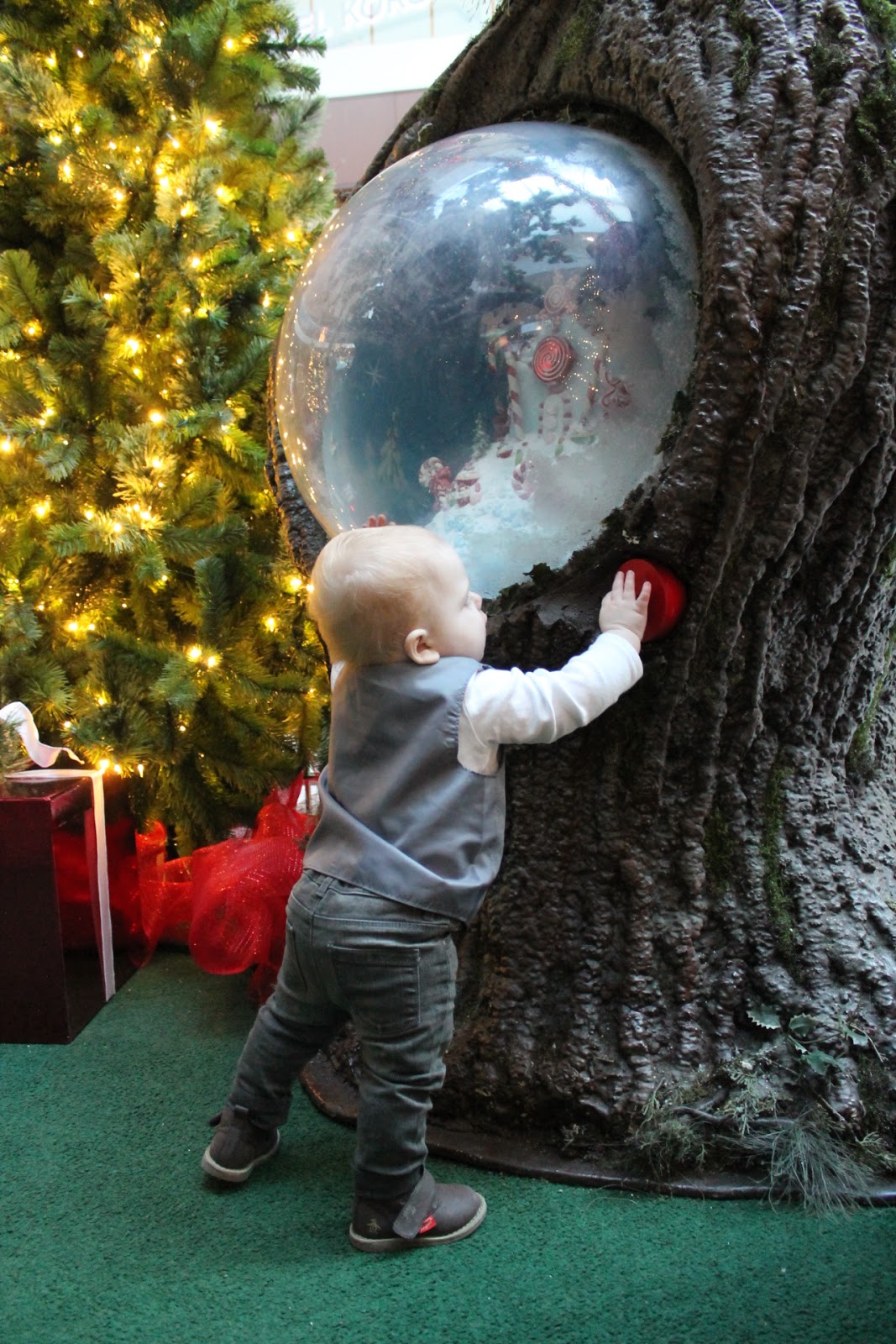 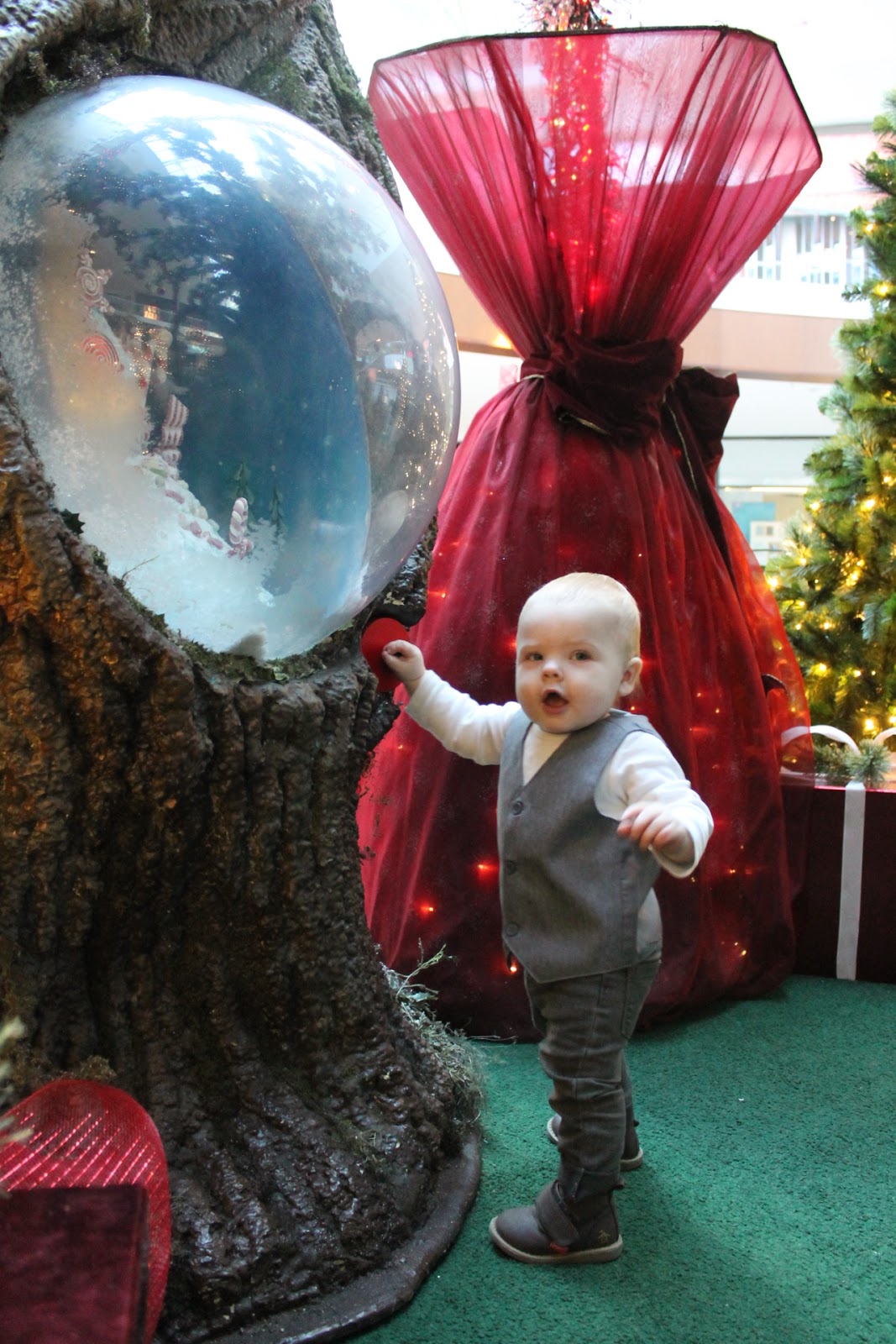 If you are still needing to get photos taken with Santa for Christmas, he can be found in the Enchanted Forest/Centre Court at Southcentre Mall until December 23rd during regular mall hours, and on Christmas Eve (December 24th) until 3pm.