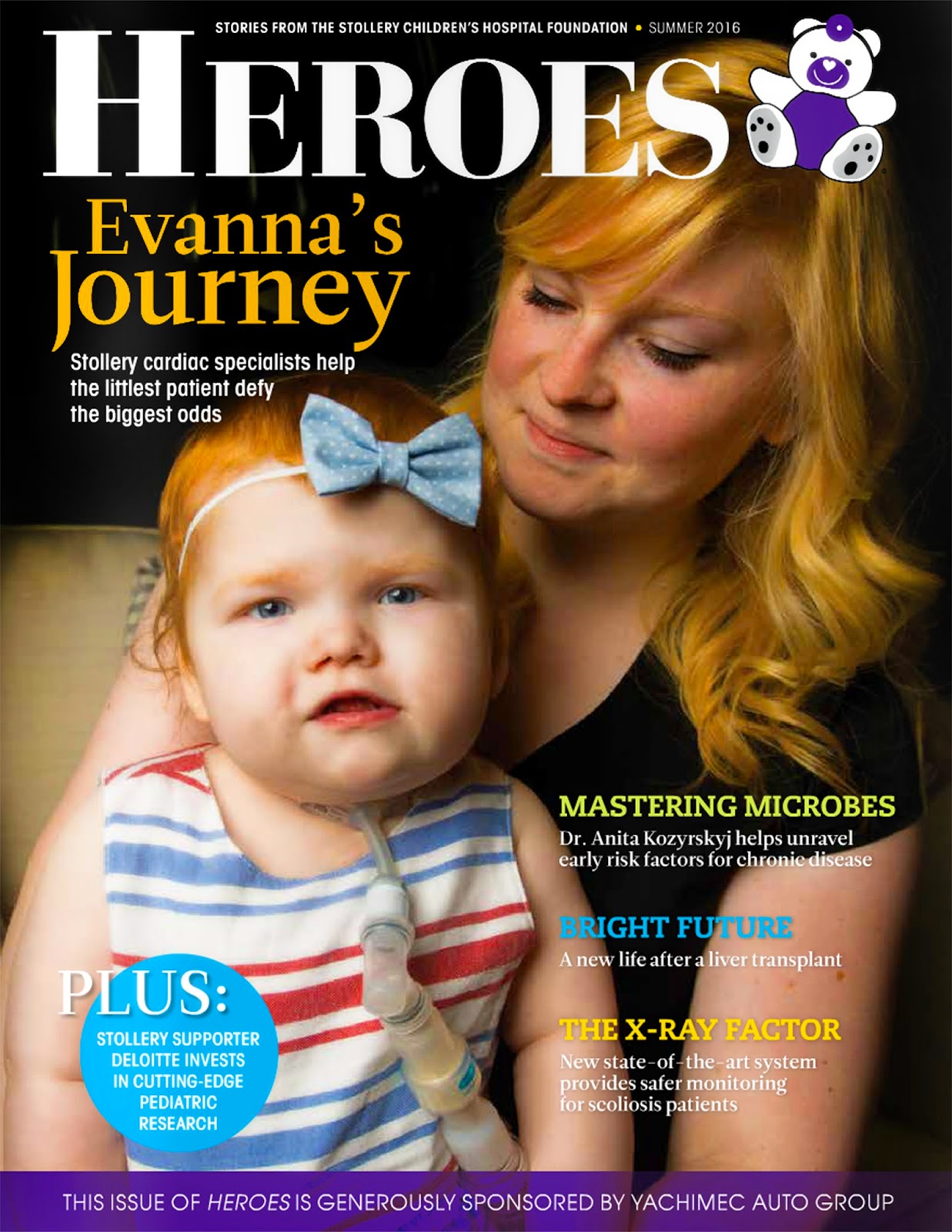 I’m not the best at keeping secrets – especially big and exciting ones, so I’m glad I can finally share this fun little project that we have been working on the past few months. We were asked to be the cover story for the Stollery’s HEROES magazine, which was finally released earlier this week! I’ve known for quite some time that our names were being submitted for a feature, but I had no idea we would actually be the COVER story (yes…. allow me to gloat just a little)! I actually didn’t realize it was going to be a cover story until the editor called me to book a cover-shoot weeks before the magazine went to print, so that was definitely another welcomed surprise.

The story somewhat focuses on our most recent Stollery admission (click HERE for my personal blog post on that event), but it highlights last years’ hospital stay and our journey thus far. We love the Stollery, so this was an absolute honour to say the least. The magazine circulates all over the Stollery (and magazine stands throughout Edmonton, as friends have already been sending me pictures when they spot the magazine around the city), so I’m thrilled at the thought of our Edmonton medical team seeing this cover, and hope they pick it up and can read how things have been going (though I send a Christmas card and yearly update regardless) since our mini spring admission.


Click this link -- HEROES Magazine Summer 2016 to see and read the magazine and our little feature (our story starts on page 12)!

I've also been given the digital copies of the photos from the covershoot that was done by Brian Bushsdruecker of Bookstrucker Photography, and will share those very soon.

xo The Irvine Family
Written by Kierra Irvine No comments:
Email ThisBlogThis!Share to TwitterShare to FacebookShare to Pinterest

A final thanks to Jennie from Guenard Photography for another amazing family photography session. I’m glad we did it when we did, and before Calgary decided to be all rainy (seriously – what is with all this rain that Calgary is experiencing!?!). If you recall, I suffered a “chemical pregnancy” earlier this year – and my body still hadn’t miscarried when our photography appointment came up (and my clothes were getting a little tight). Jennie messaged me when I publicly posted about it (this session was actually suppose to incorporate a “pregnancy announcement” photo), but we decided to keep our appointment anyways. While I continue to make plans for the future, I’m aware that with Evanna’s medical condition, situations can easily arise and we are more prone to huge curveballs (ie.  a hospital admission), so I didn't want to move our appointment in fear of missing this opportunity. Though it’s natural to want to take pictures when everything is “perfect”, I view photos as a way to document life – and like I told Jennie, if I waited to take photos when everything was peachy perfect…. that could mean years before we ever take family photos again.

Our life is messy, but it’s so raw and real. We have been through so much, but it has been these moments that has shaped our family the most. While we may not be at our “best”, we have come such a long way since last year, and I can’t wait to compare things again next year. Besides, our “far from perfect” ICU photos from last year are some of my most treasured. 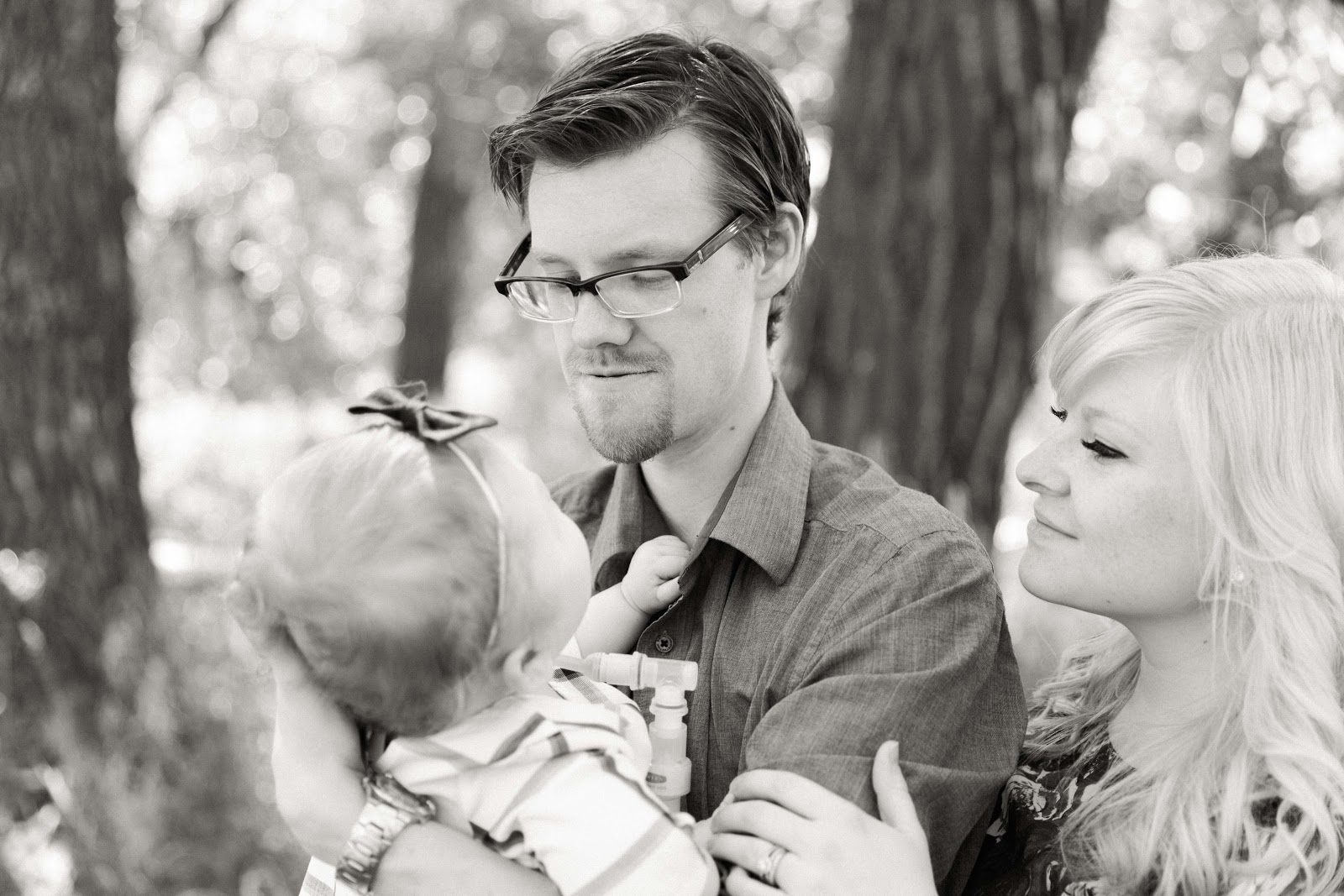 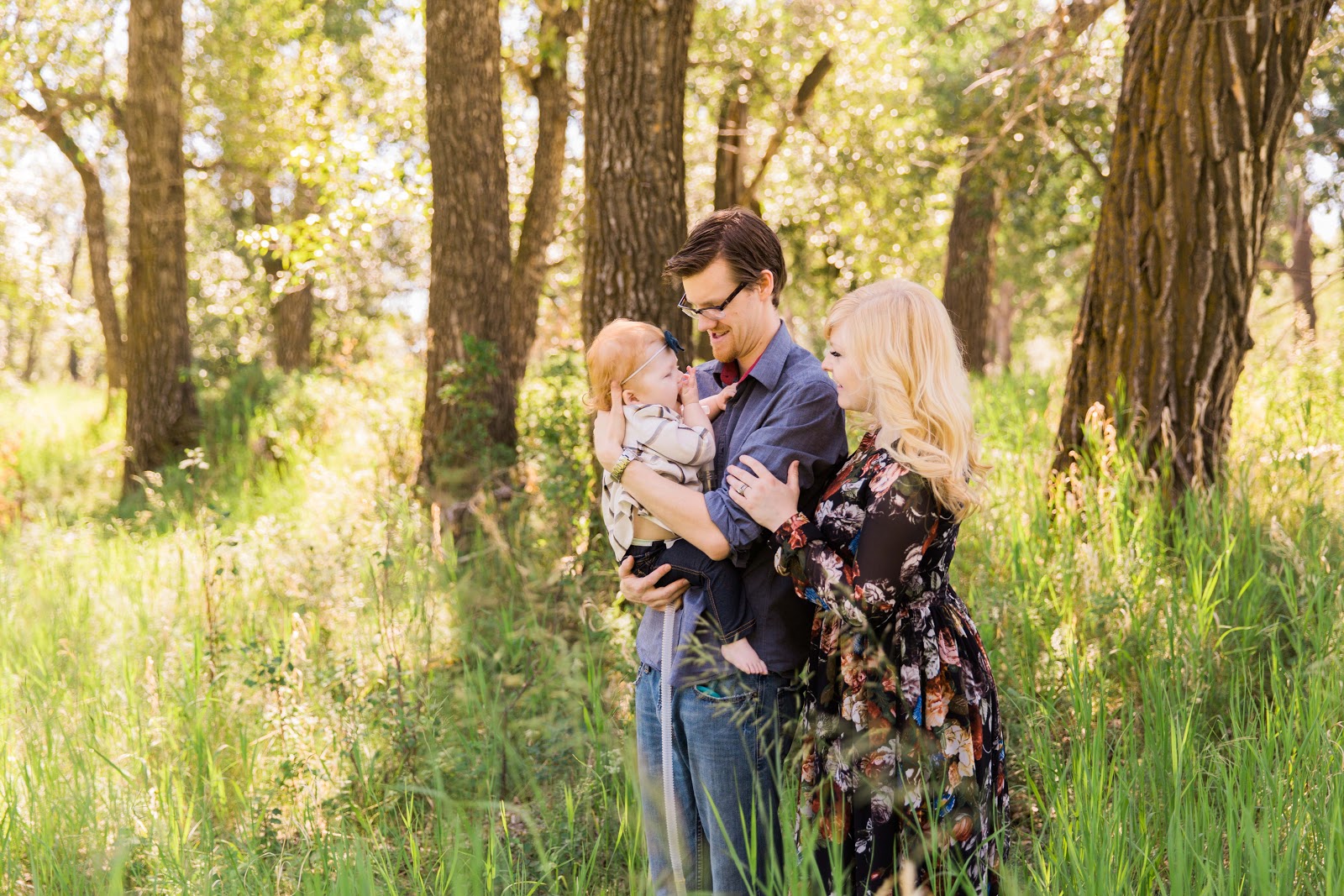 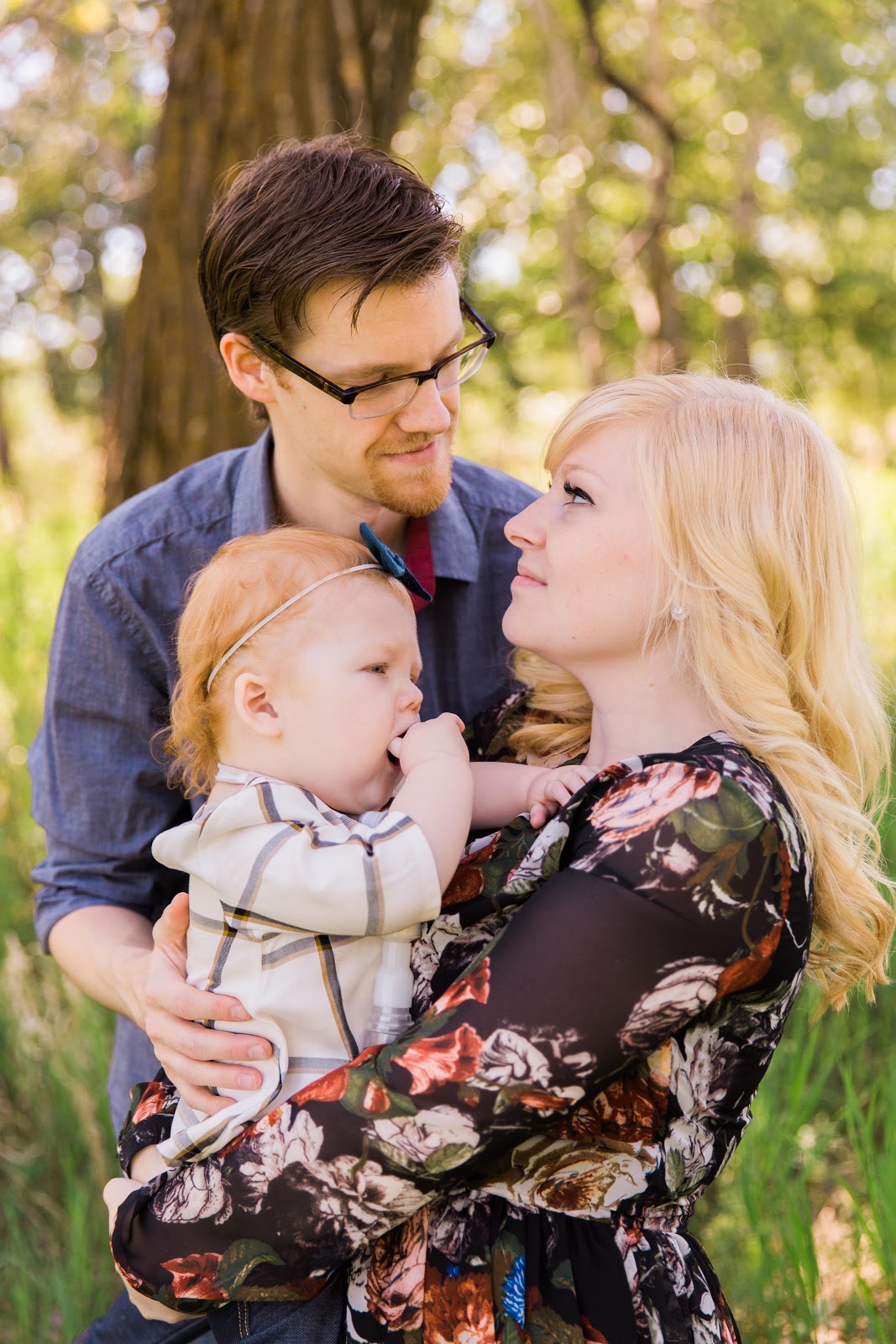 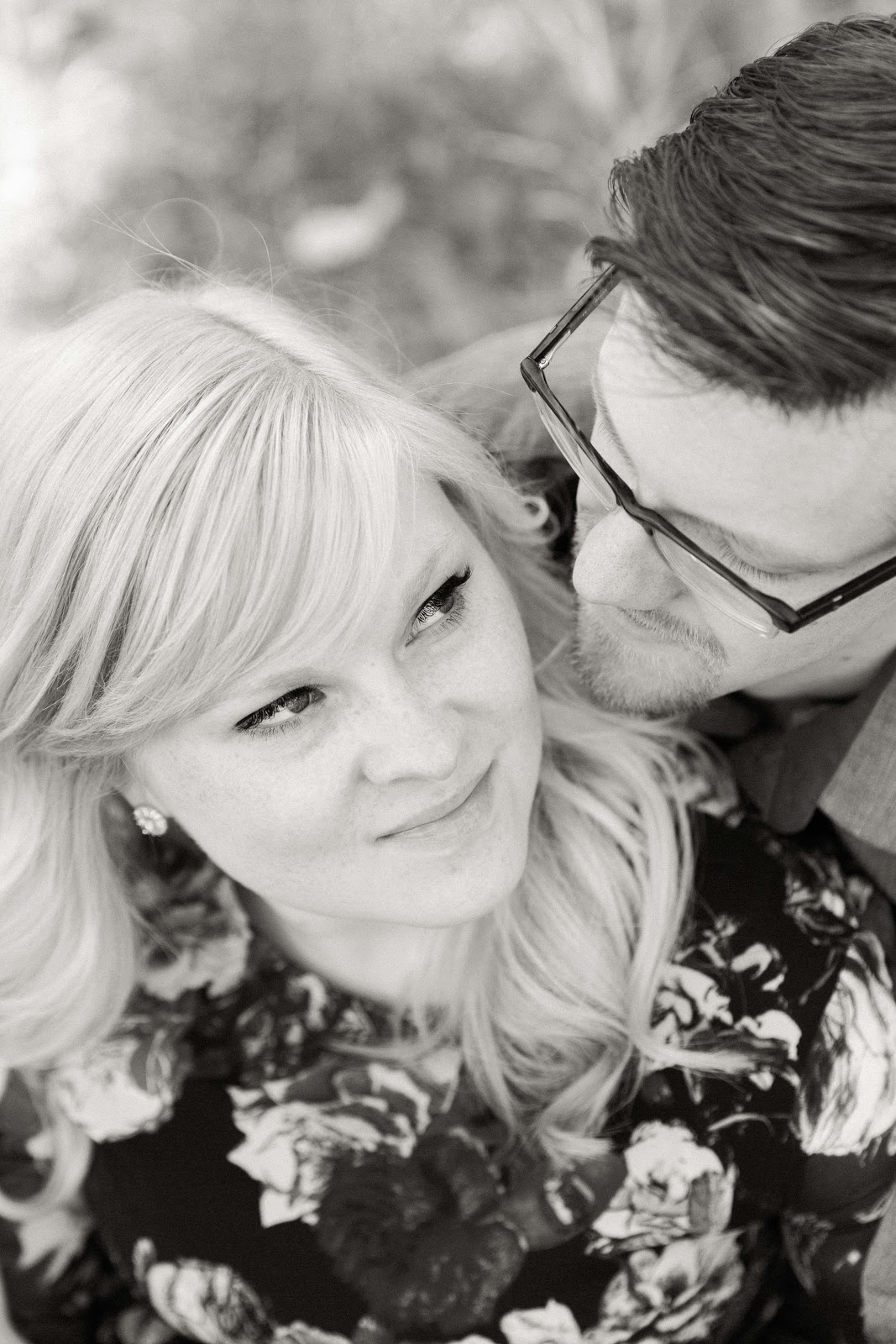 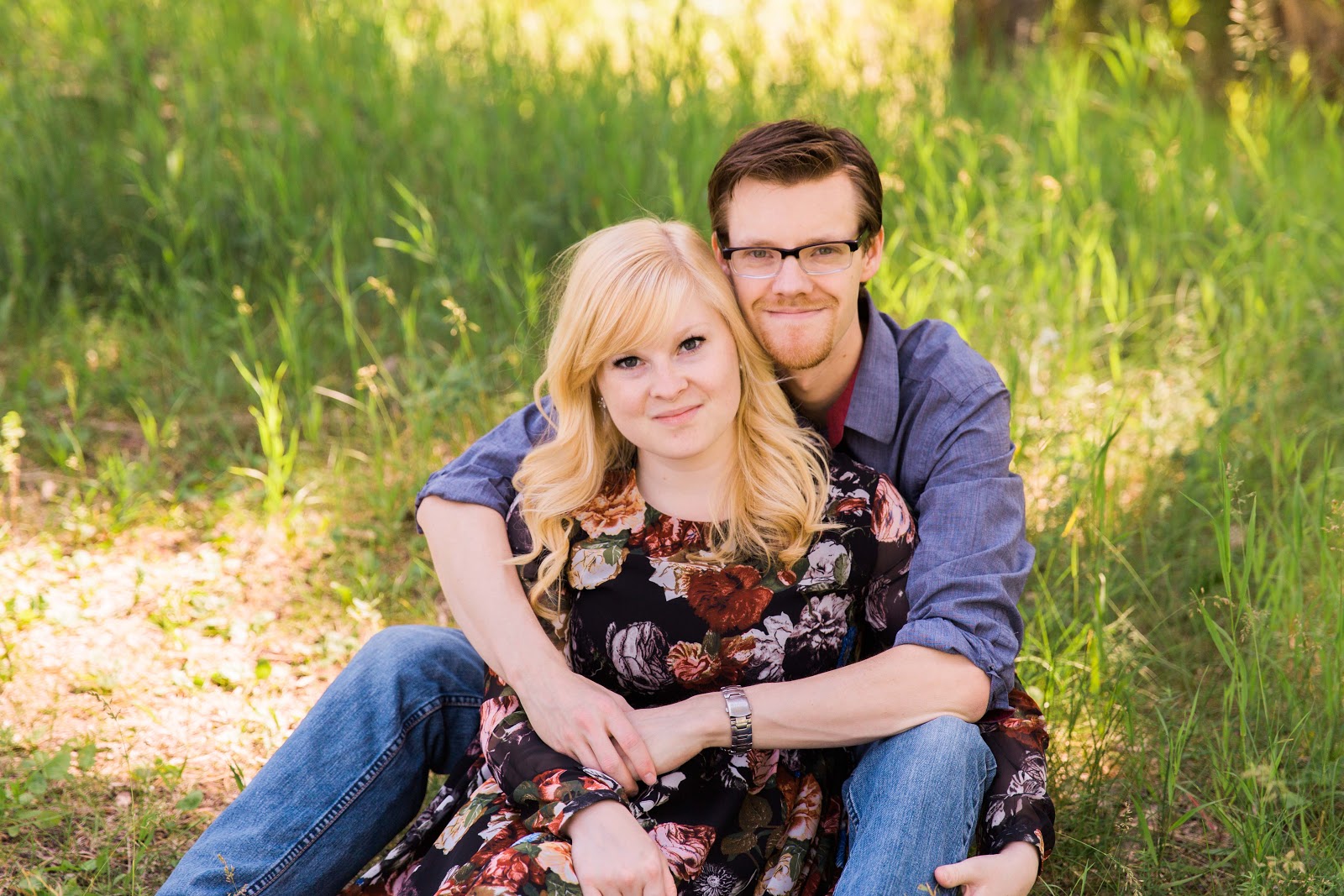 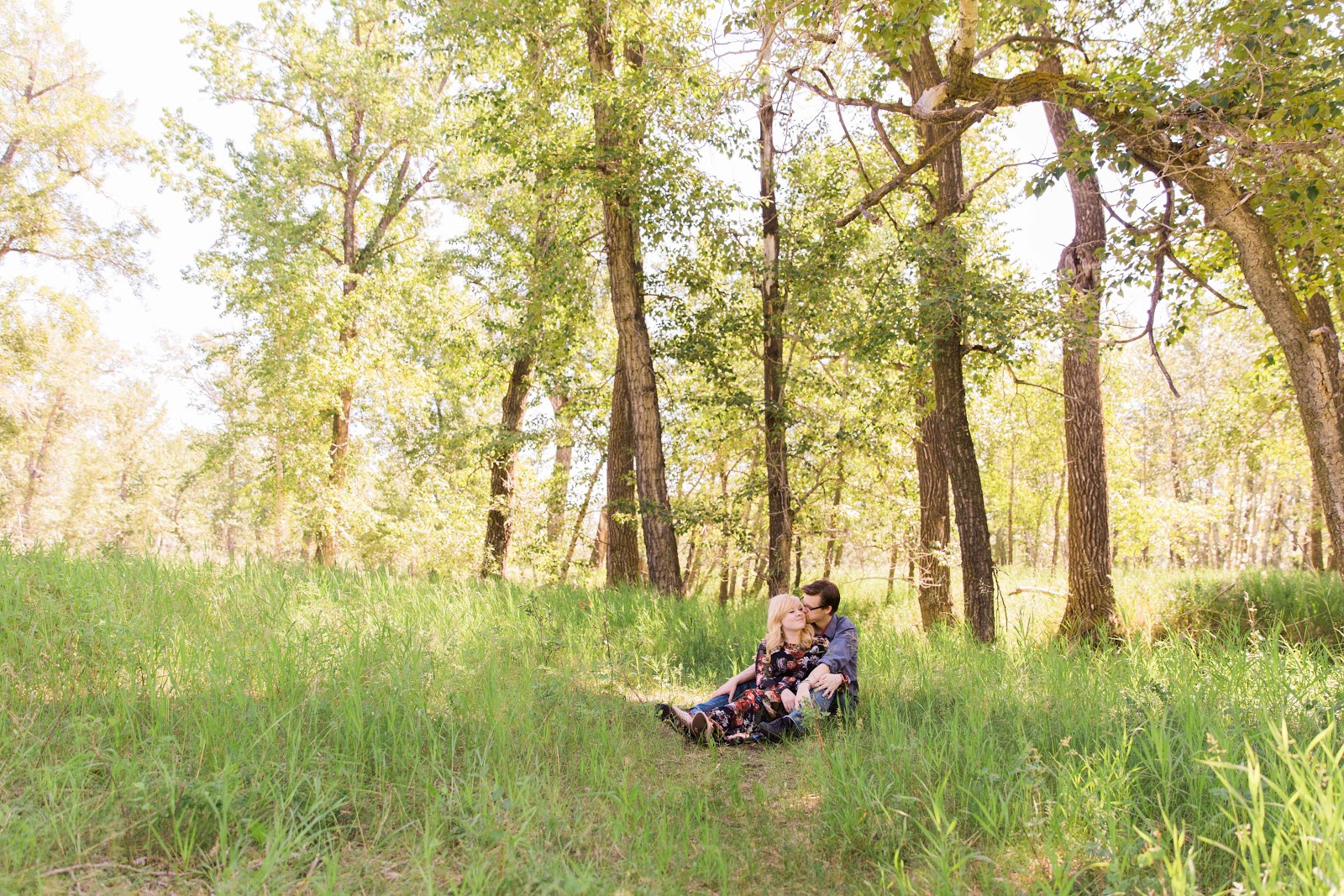 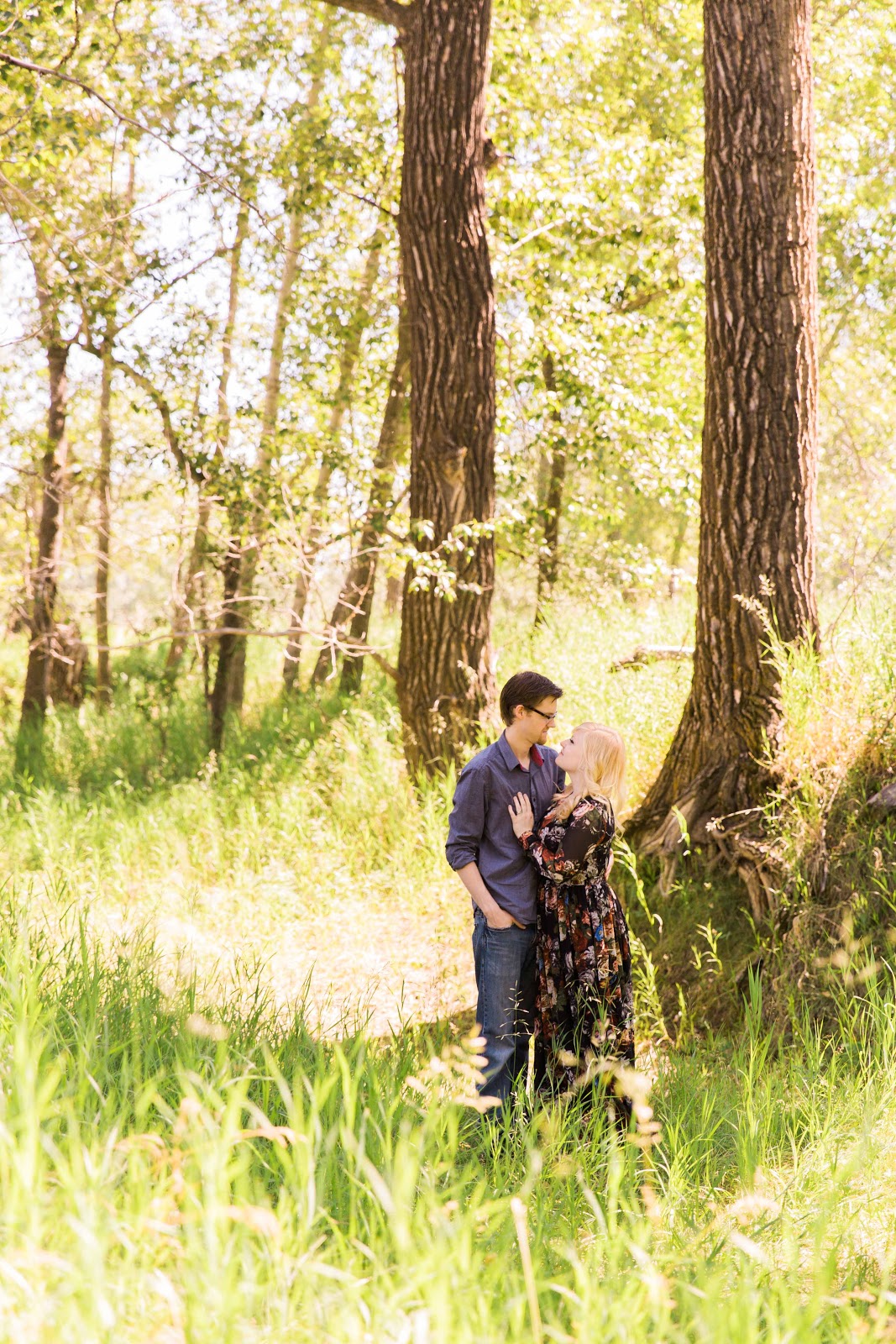 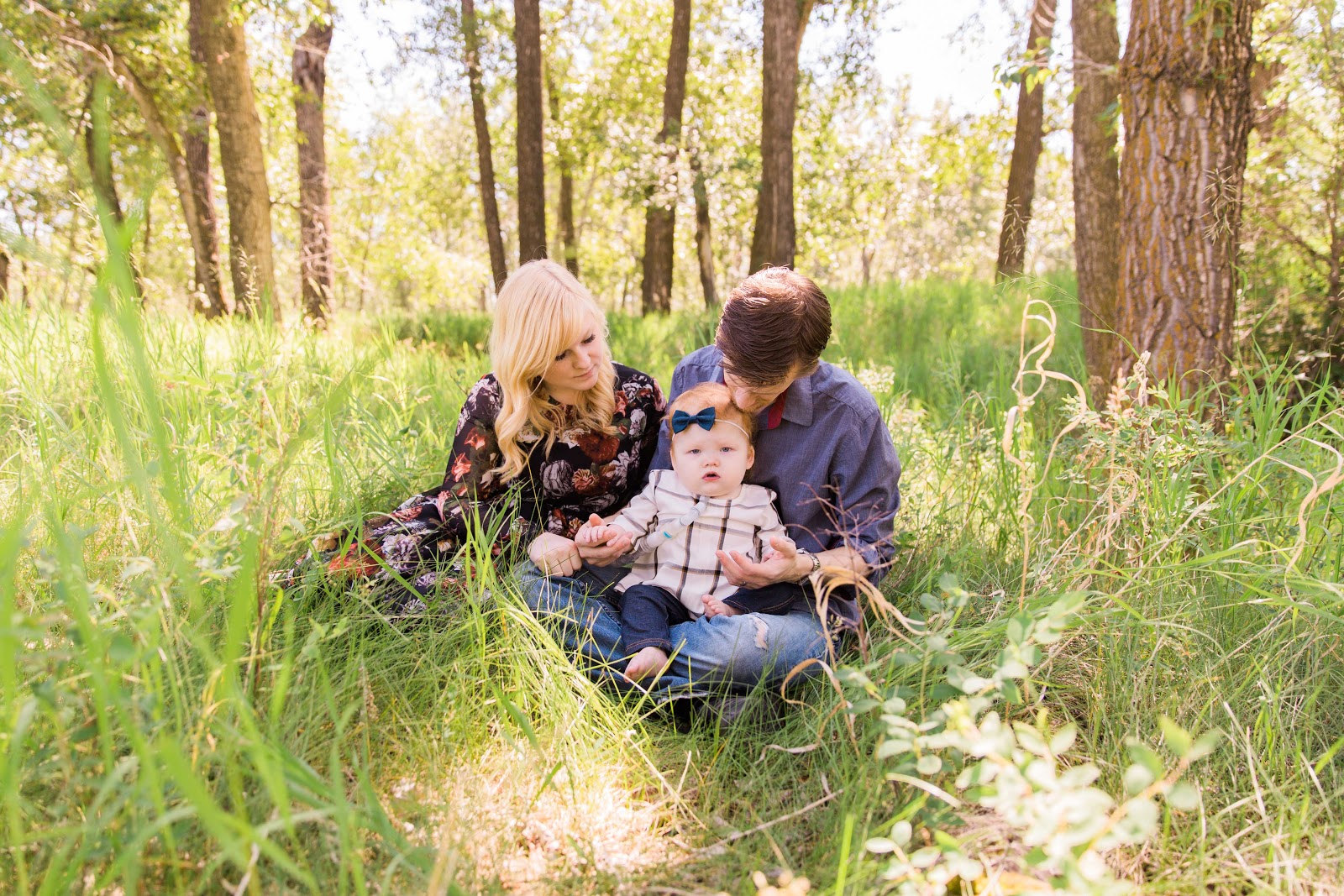 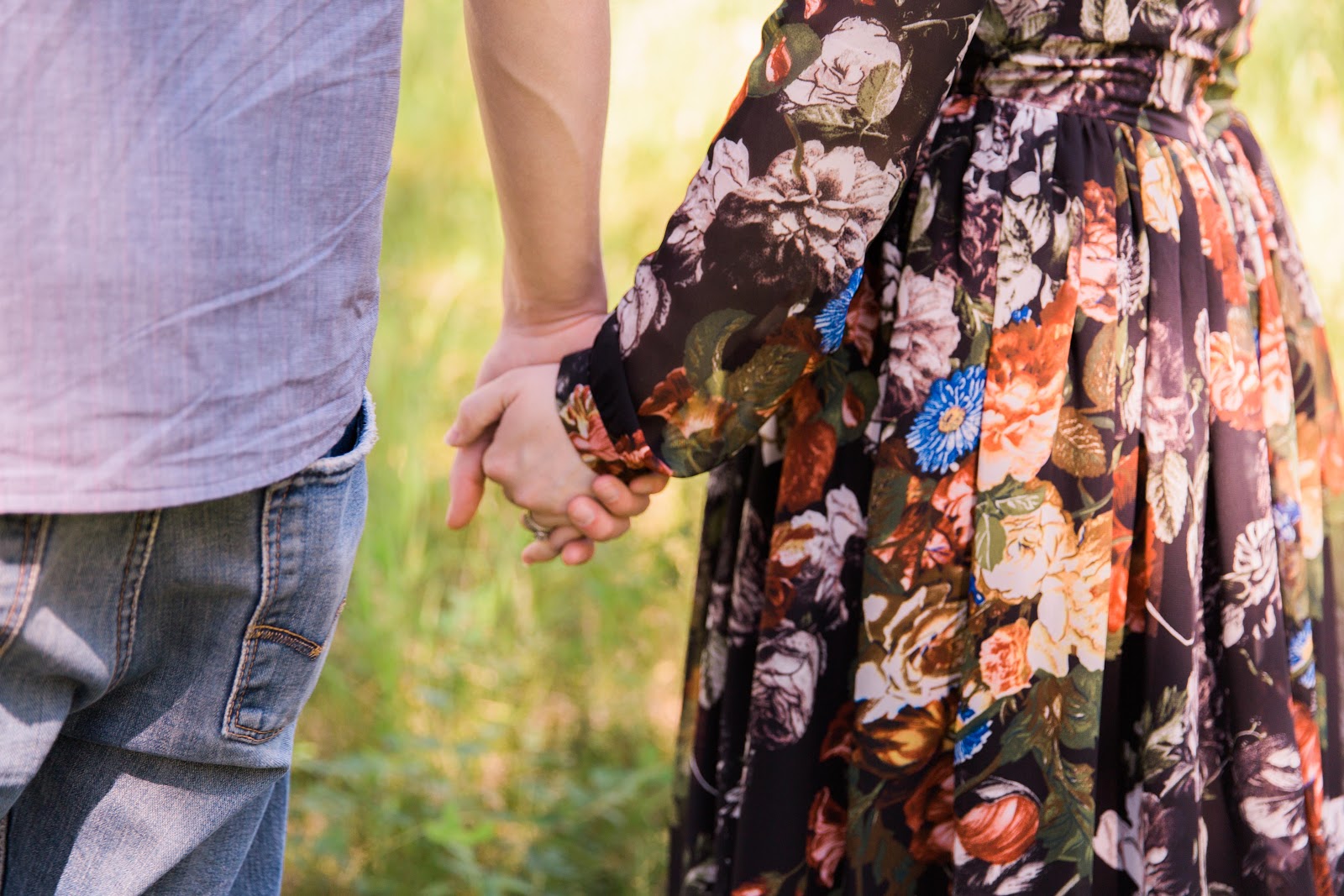 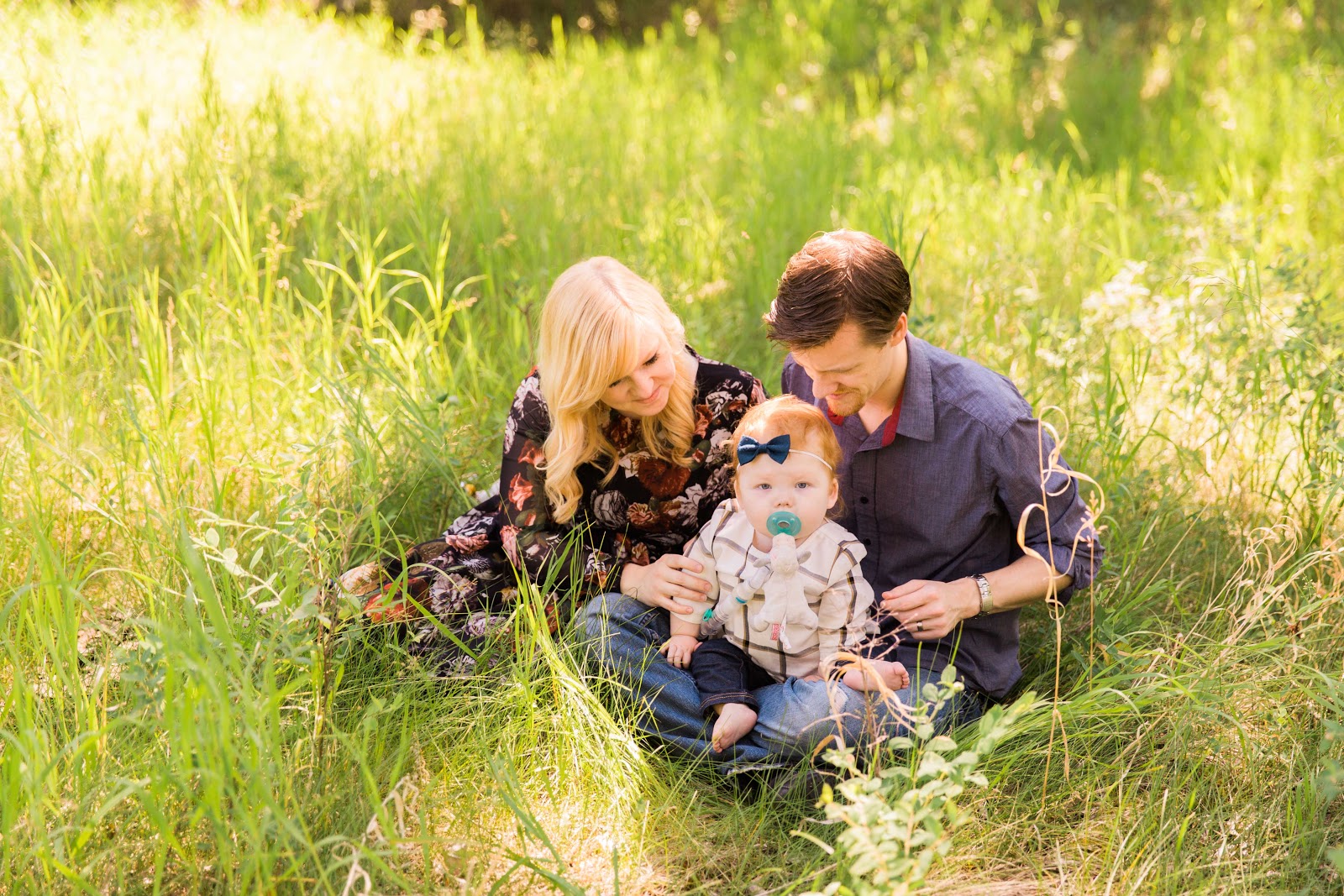 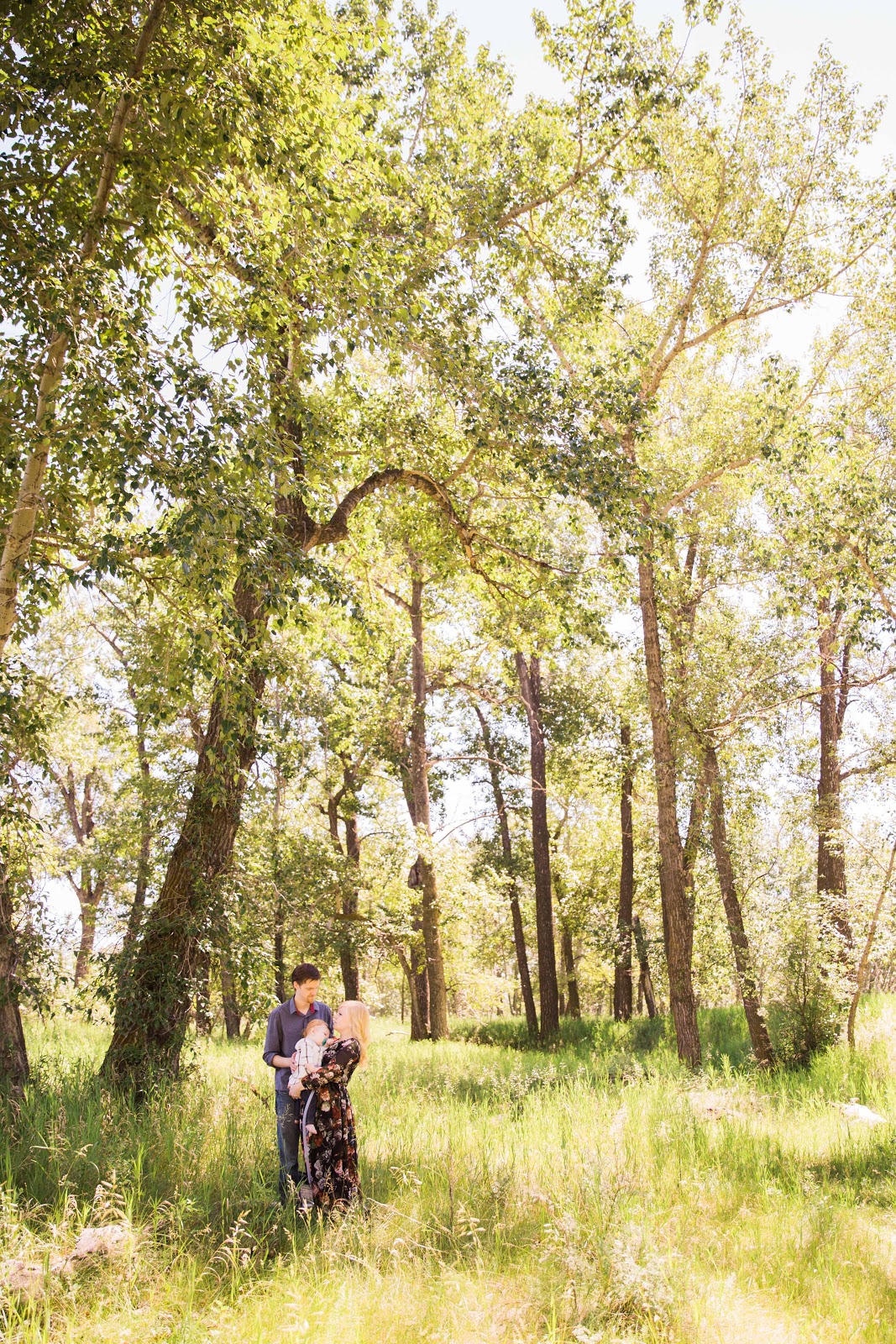 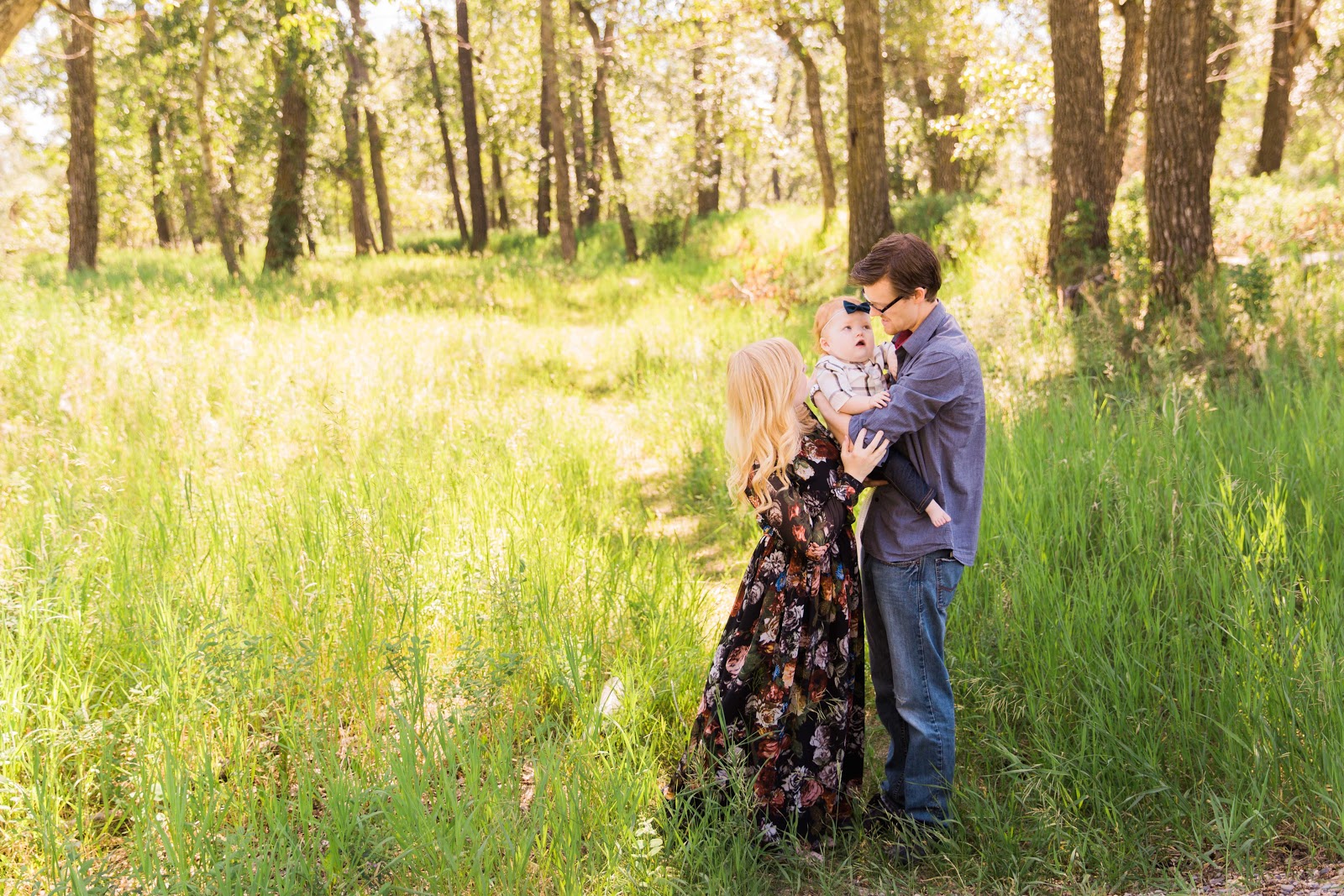 Didn’t intend to withhold these photos for this long (it’s been over a month since our photography session), but between summer plans and moving to our new house, I honestly haven’t had time to go through them all and get them posted. Essentially our session was done in two parts: a lifestyle shoot – giving you somewhat a real look at what our home life looks like on a day-to-day basis, and a beautiful outdoor session a few minutes away from where we live.

These photos were taken by our family photographer, Jennie of Guenard Photography. I call her our family photographer, because she has been taking photos for us since we’ve gotten engaged….and somewhat been there every step of the way. Last year, around Evanna’s birthday, Jennie messaged me wanting to do something special for our family. During our abnormally long ICU admission we have received many offers of such kindness, but a gifted photo session while in the ICU is something I will treasure forever. It’s an experience that truly shaped and changed our family forever, and so those photos will always remain extremely sacred to me. If you haven’t seen them (or want to view them again), click HERE and HERE to see them. The photos that were taken last month makes these two sessions just over a year apart, so it’s actually quite fascinating to see the vast difference between them, and almost serve as a marker as to how far Evanna has come this past year.

I normally don’t caption many of my pictures (they often speak for themselves), but because a few of these photos will show situations and items people aren’t familiar with, I will add some descriptions to help explain what you are seeing. 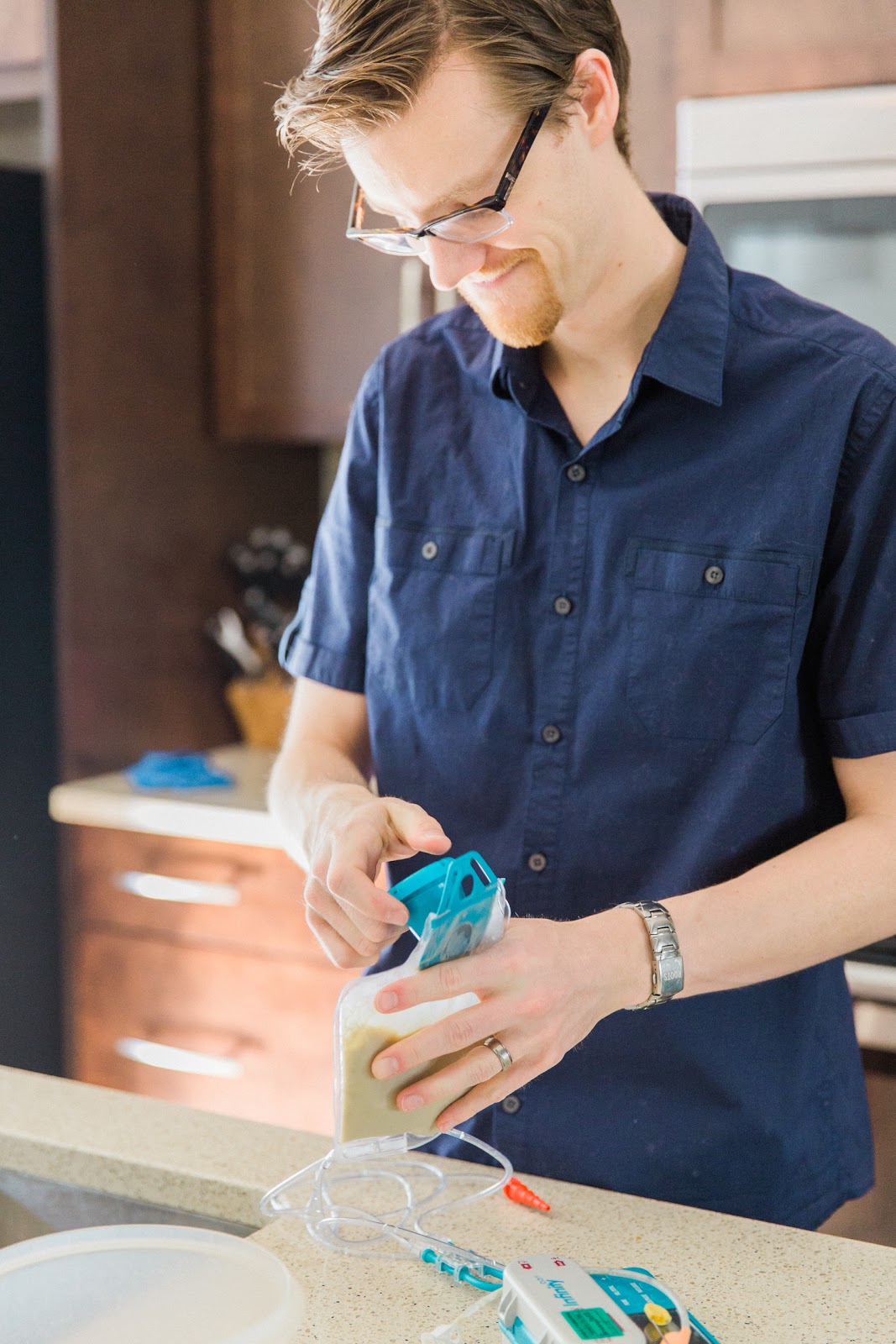 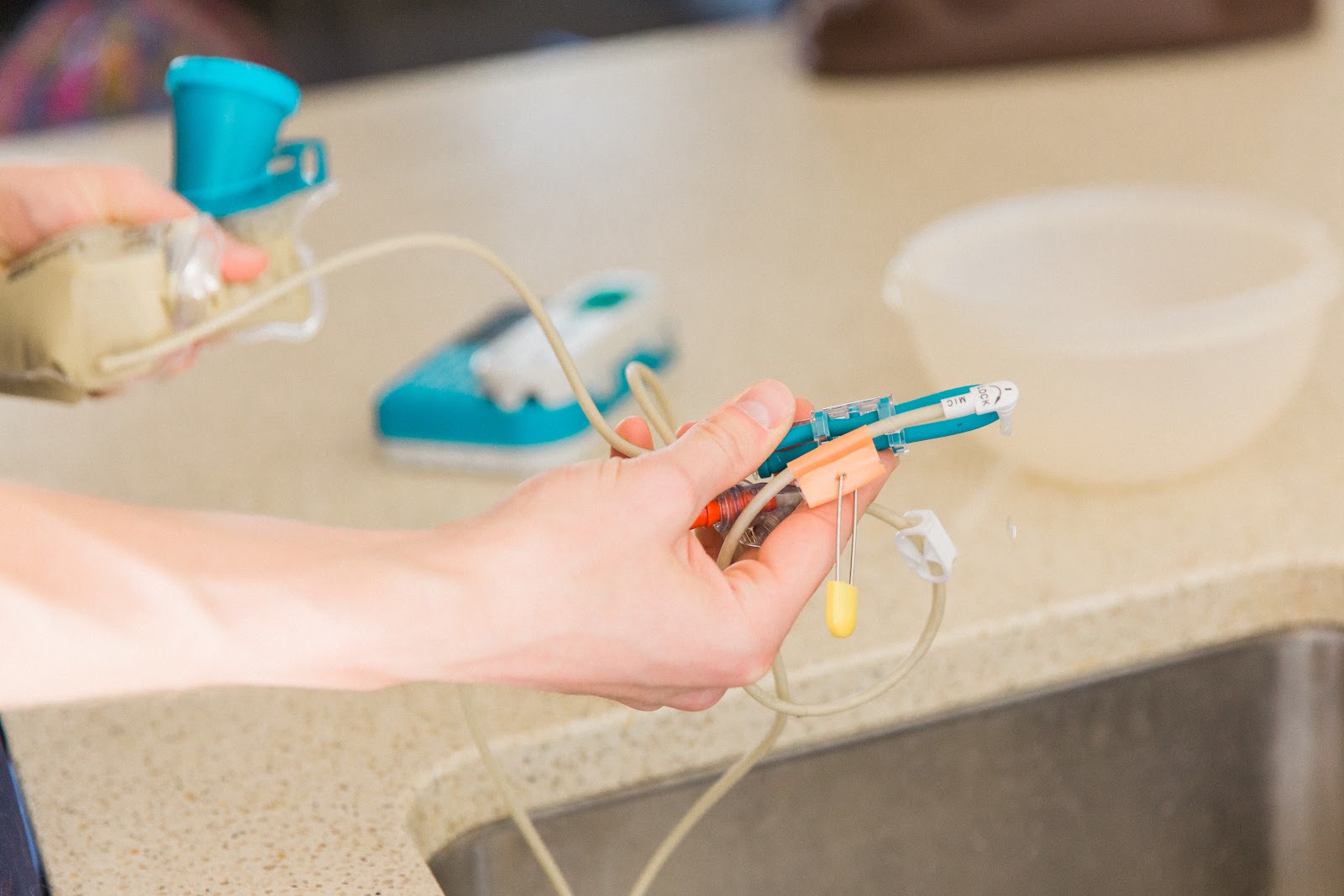 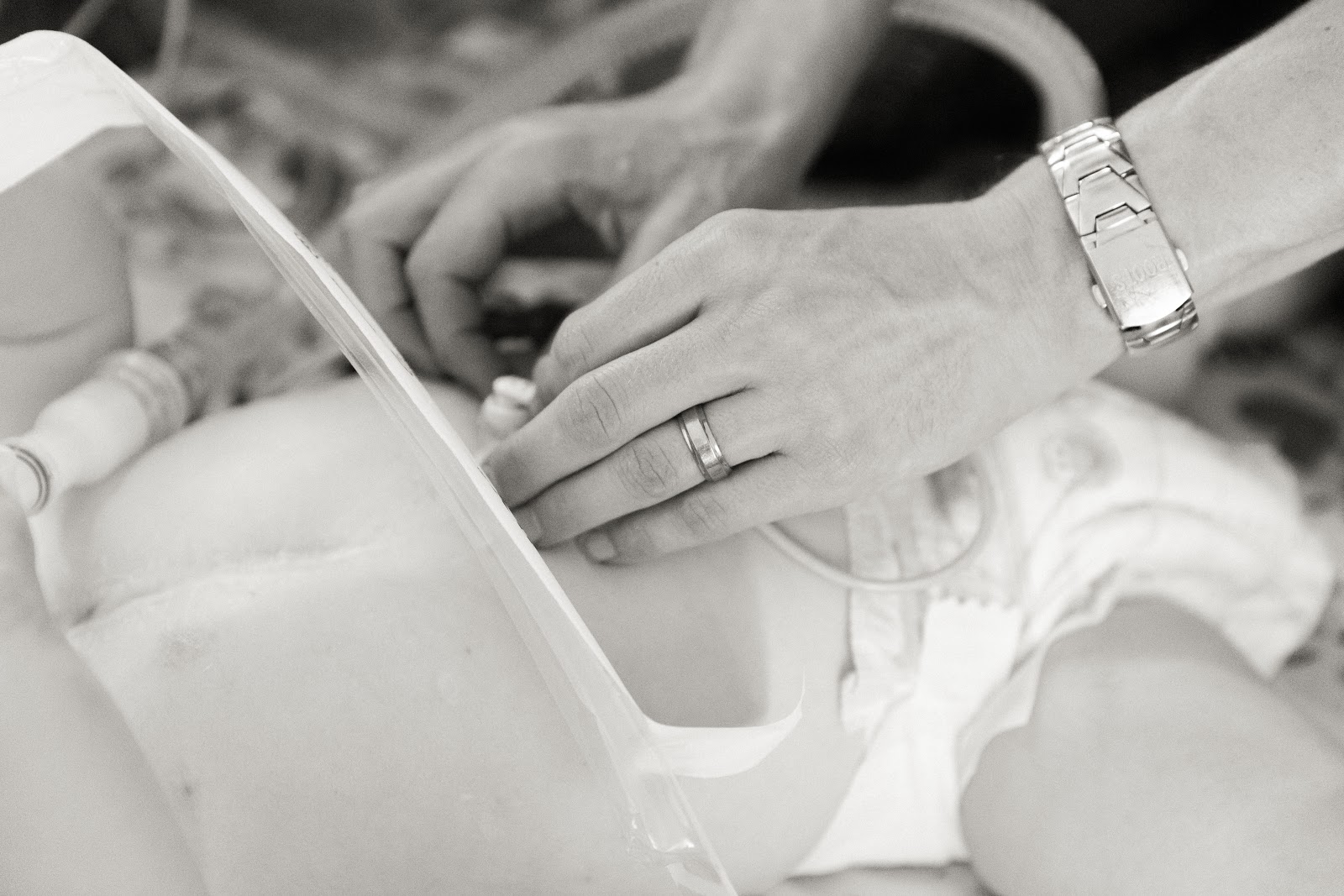 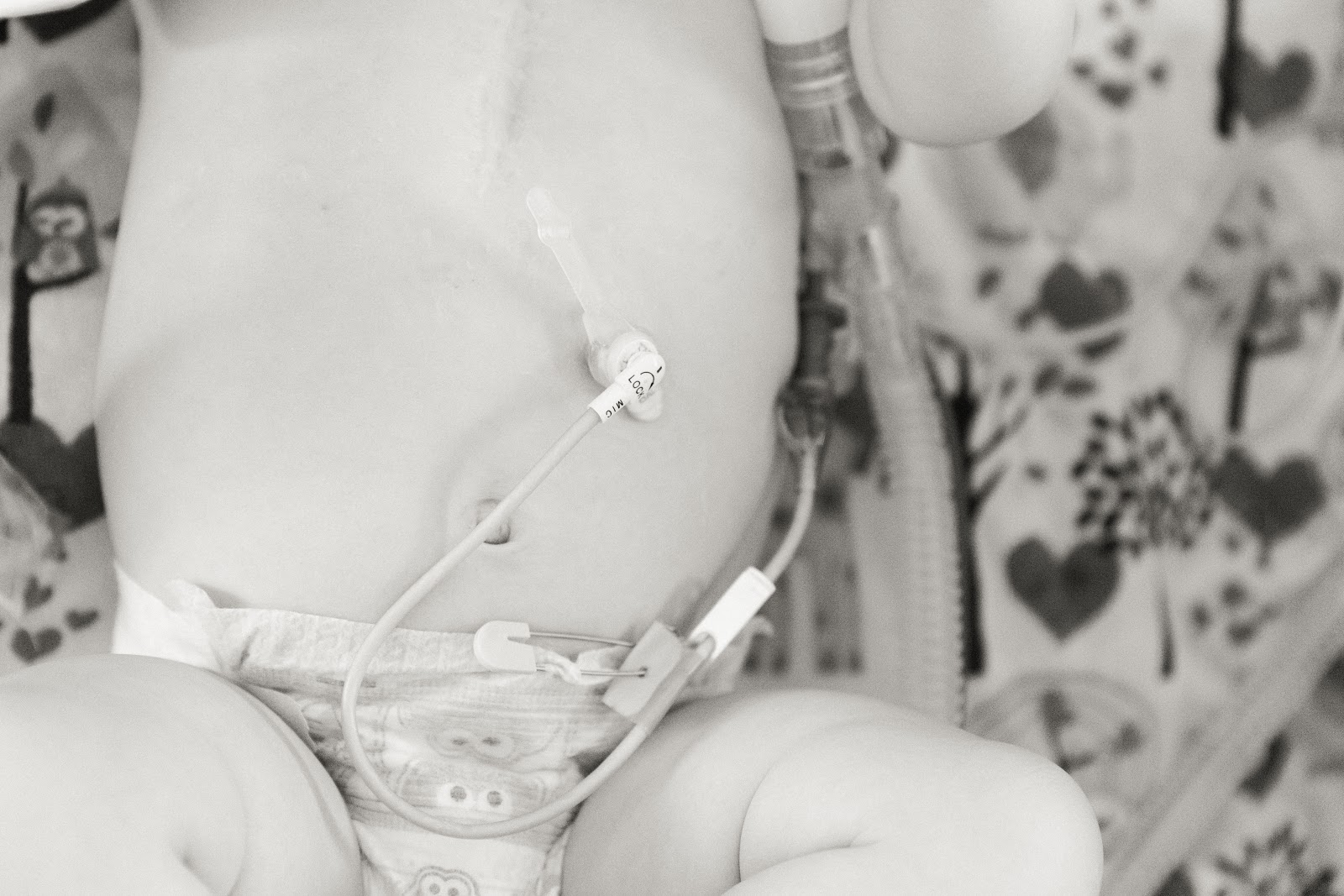 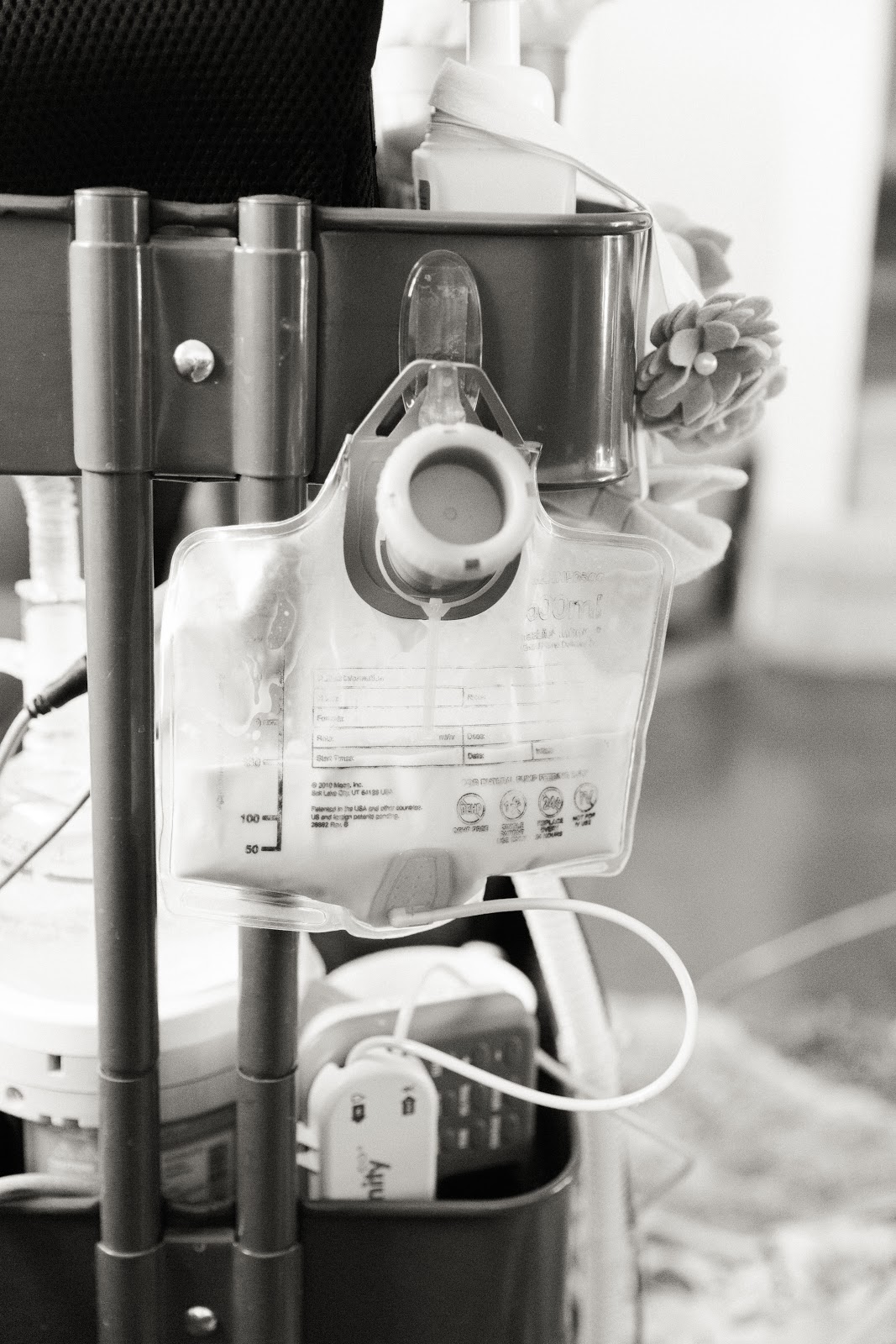 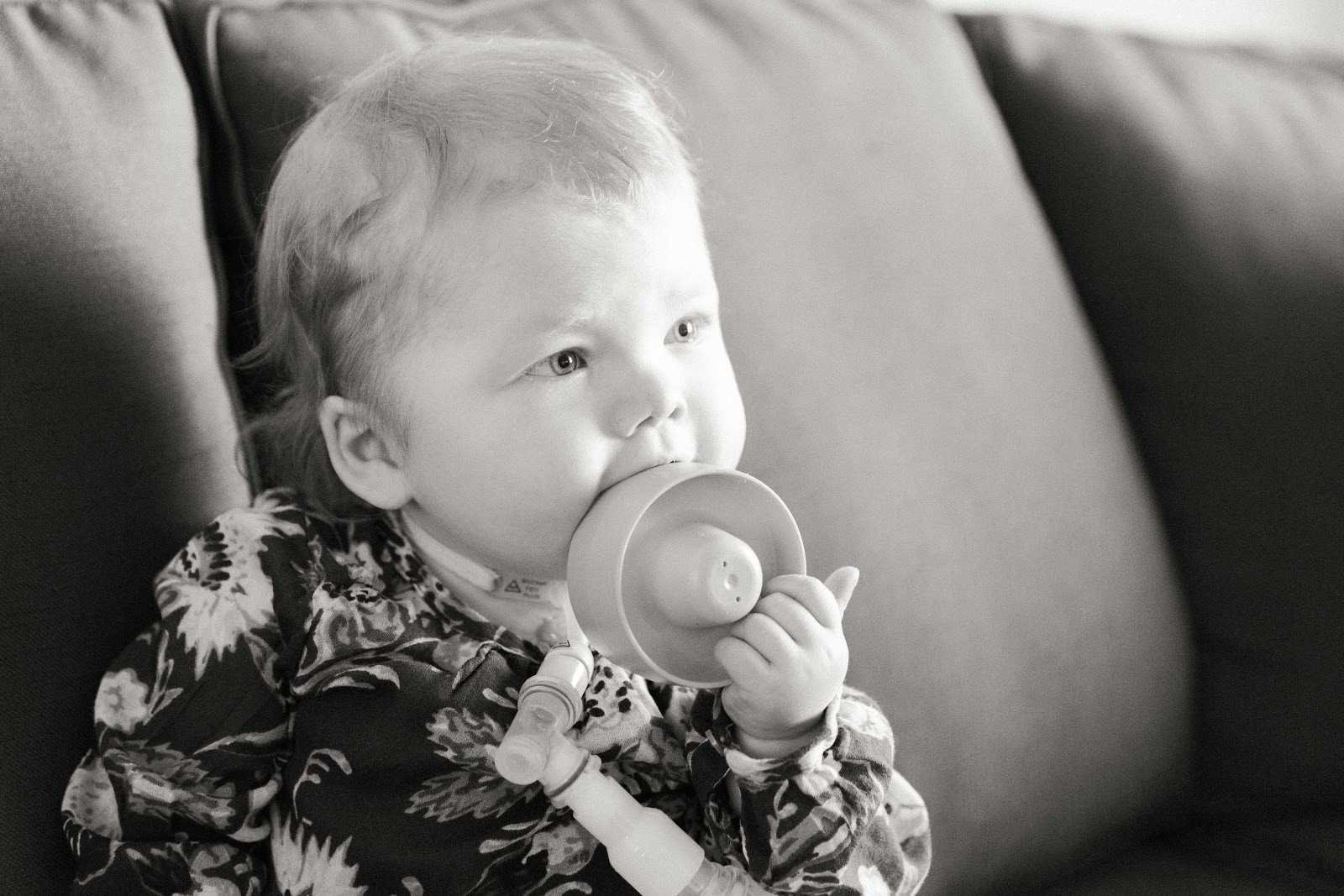 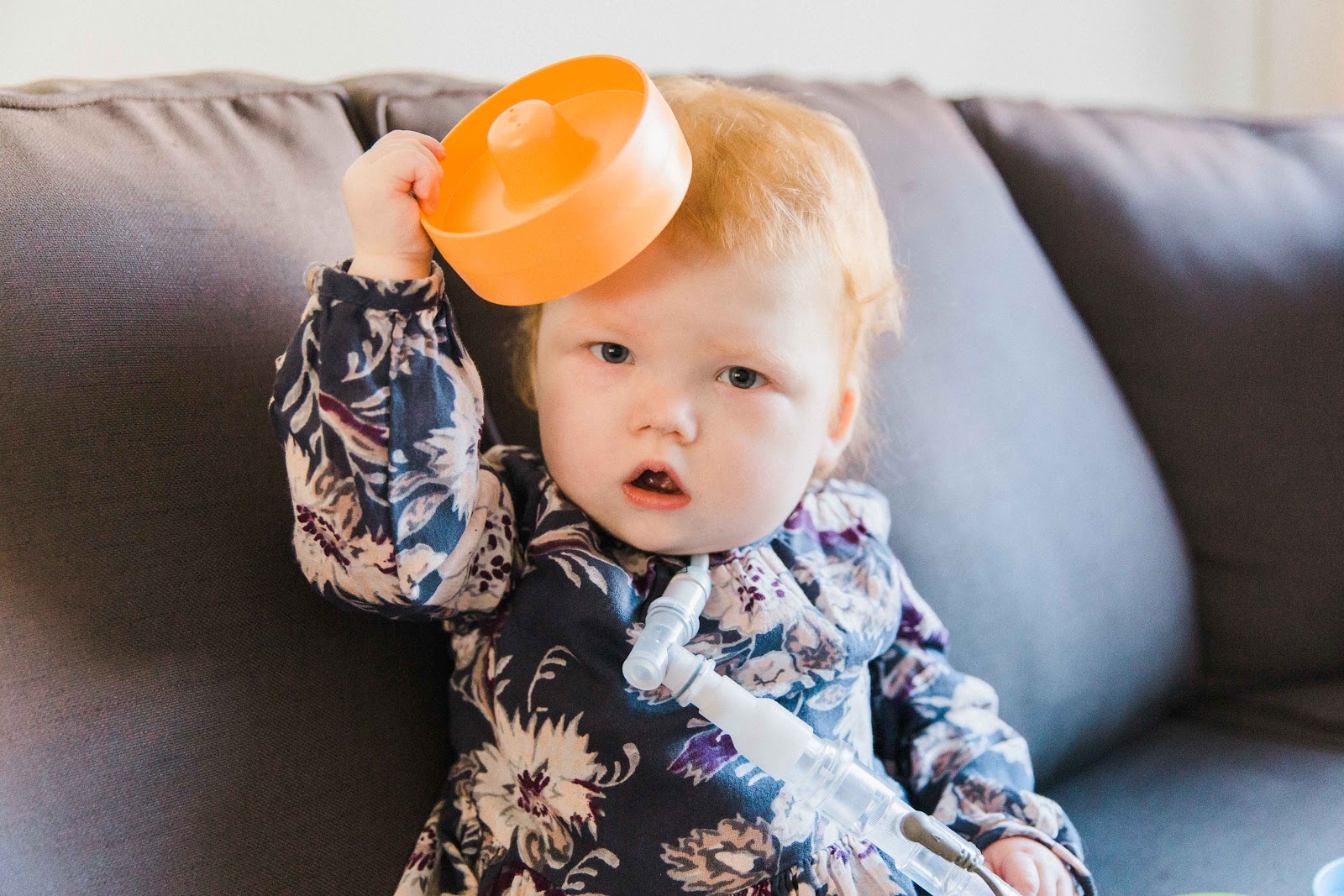 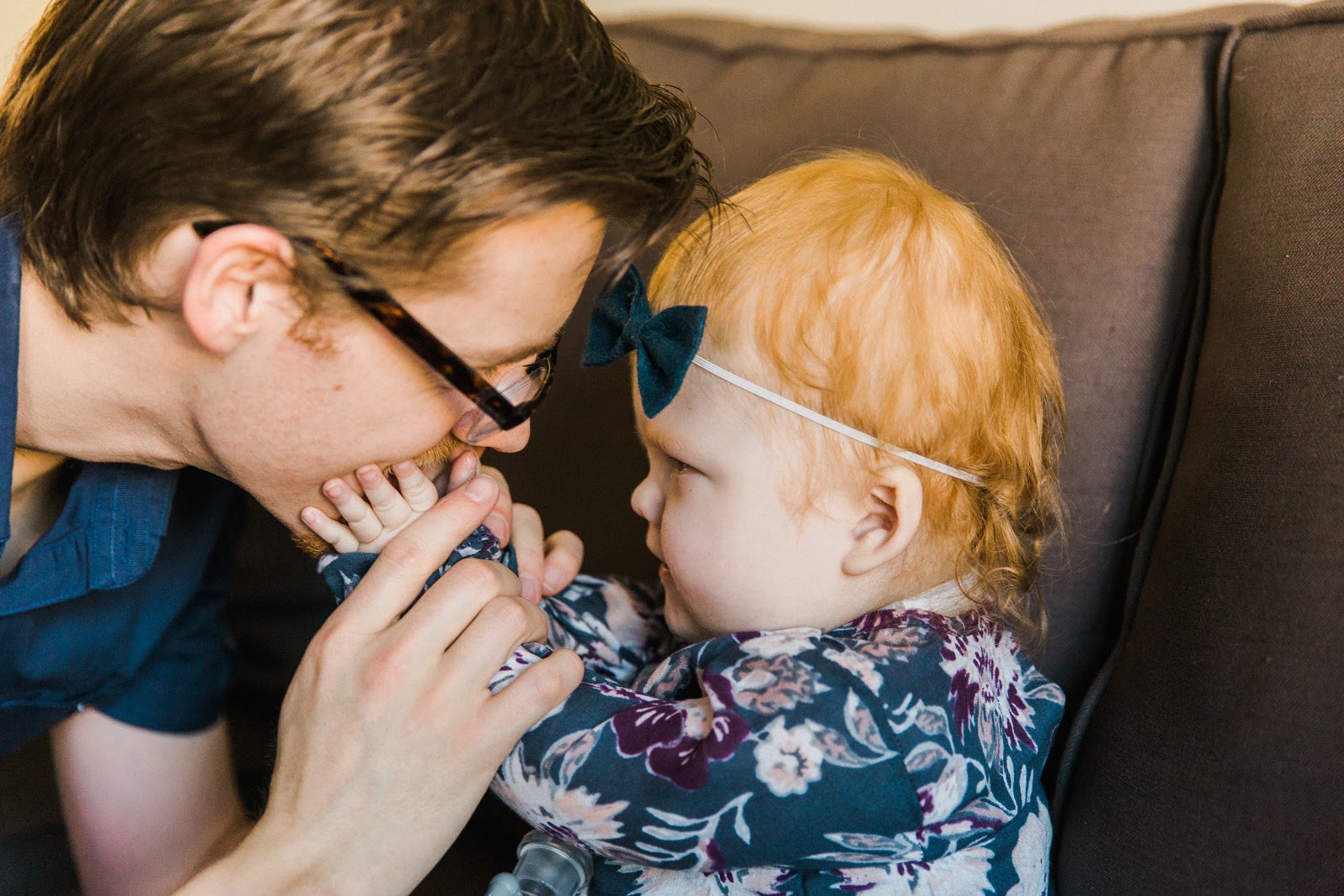 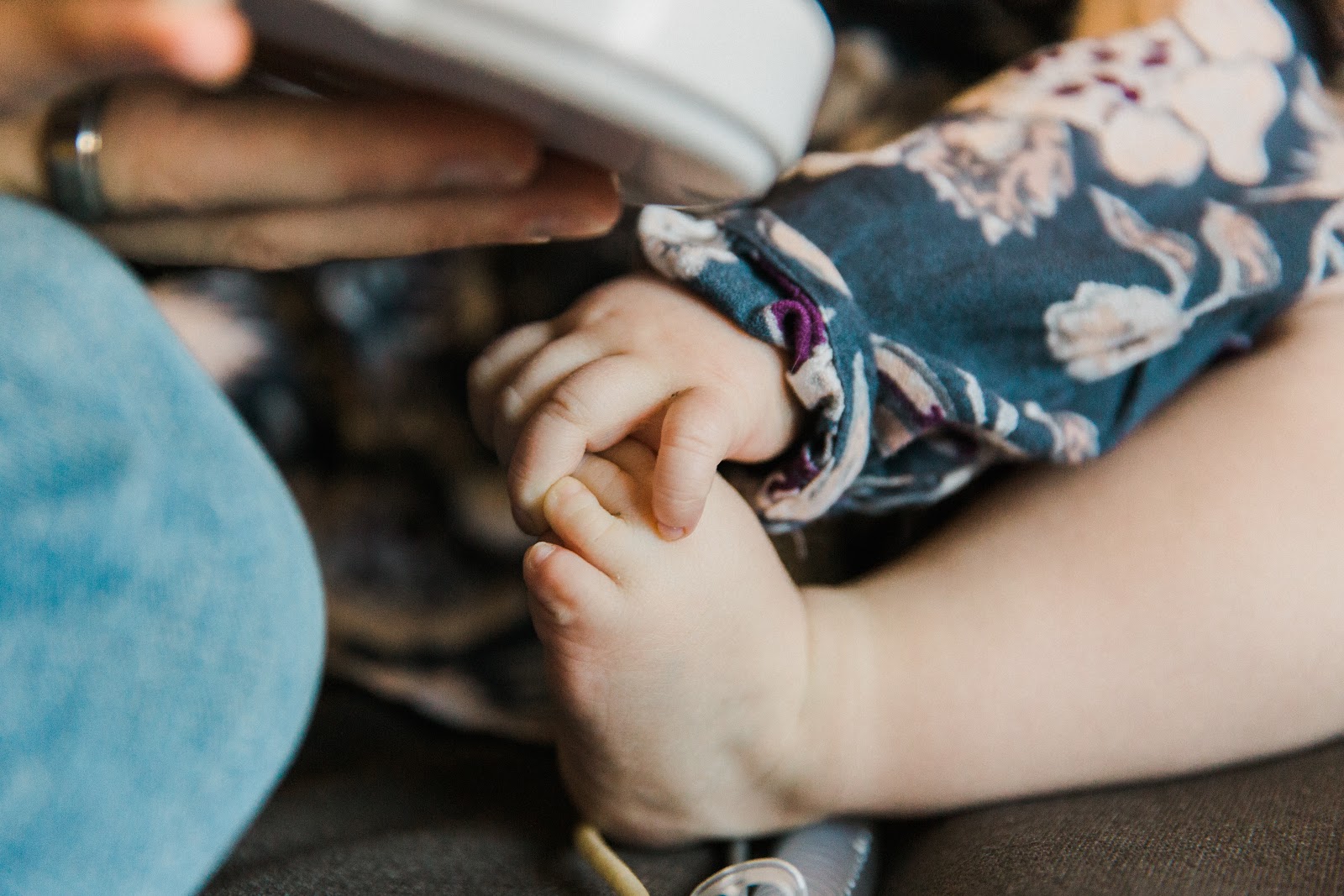 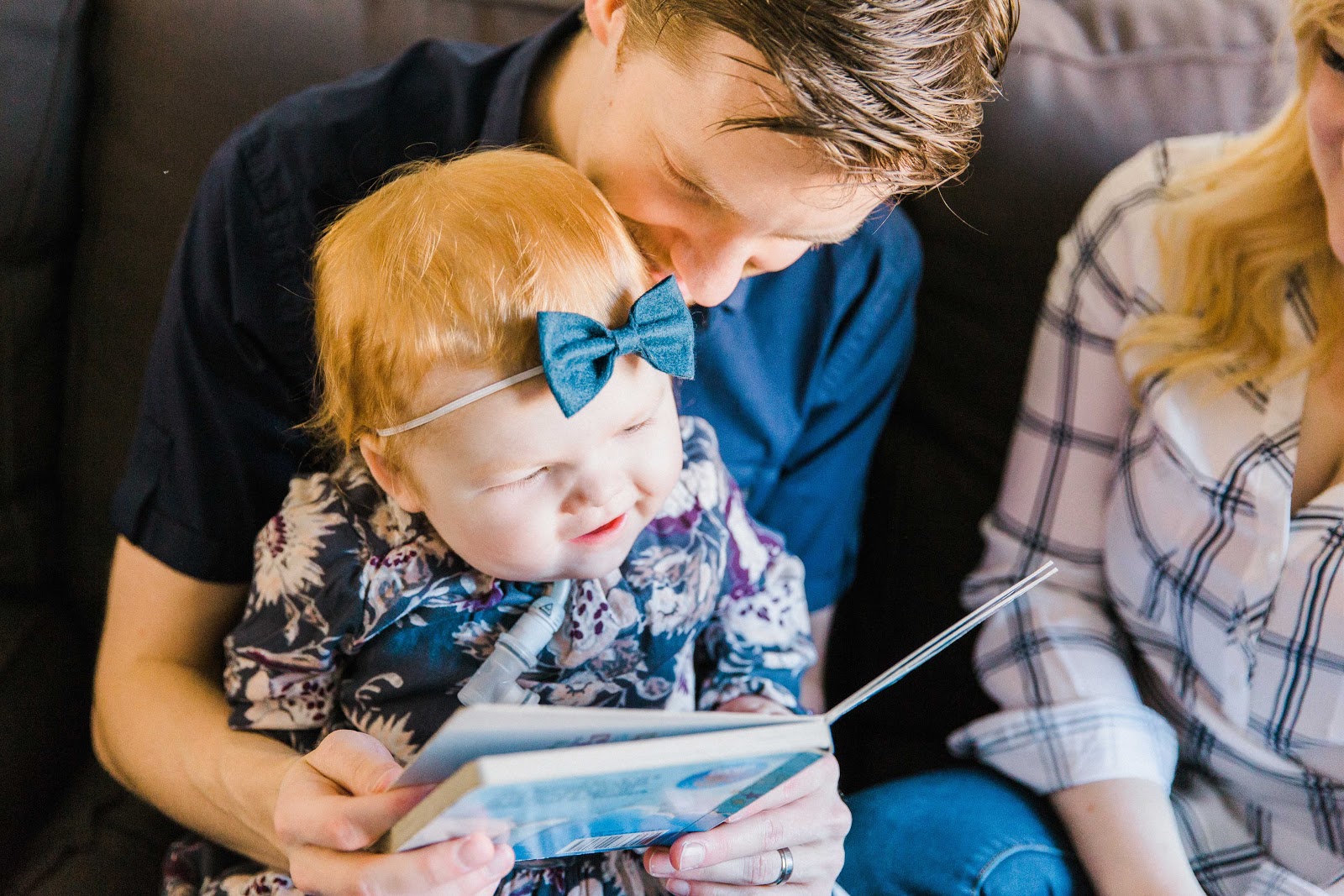 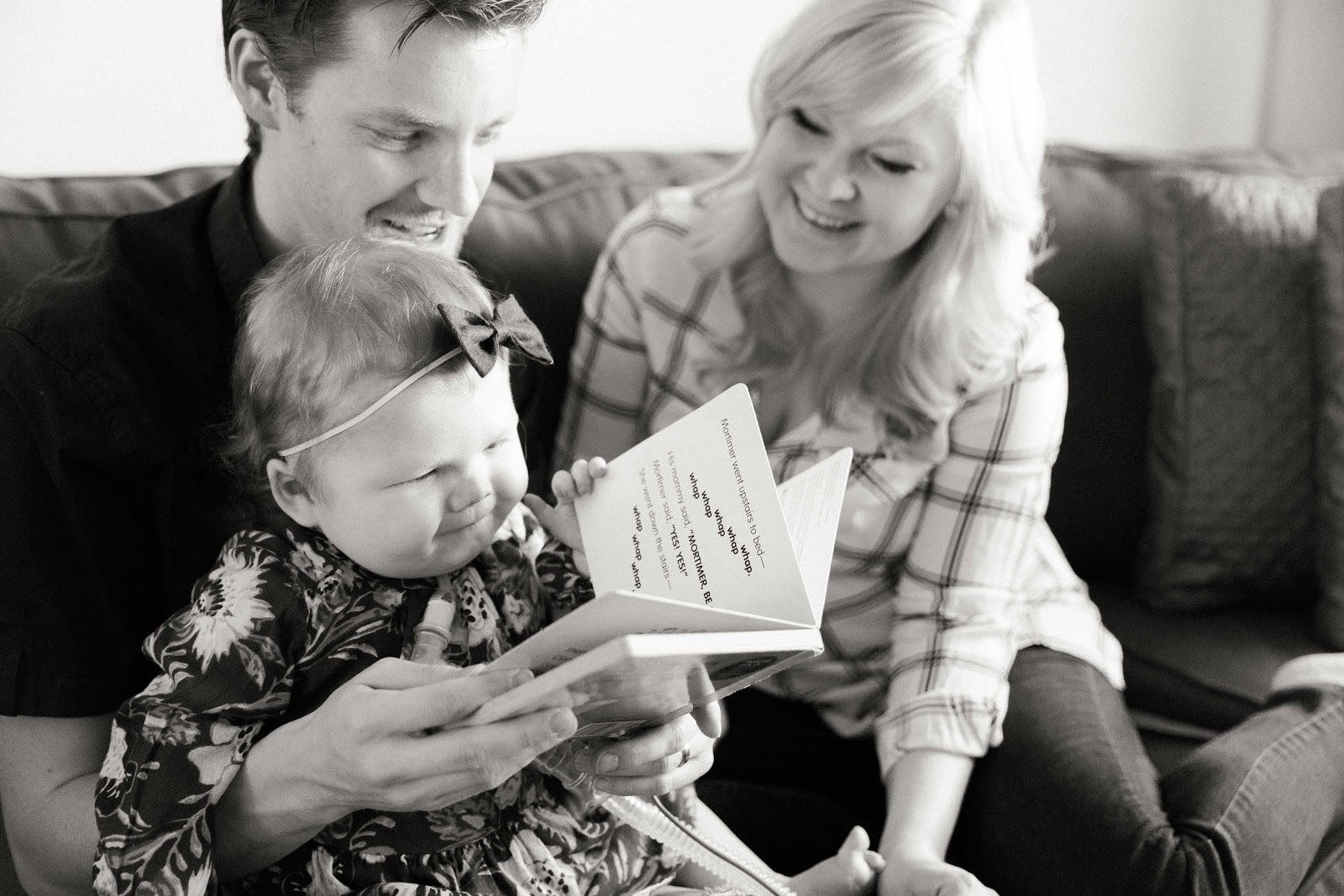 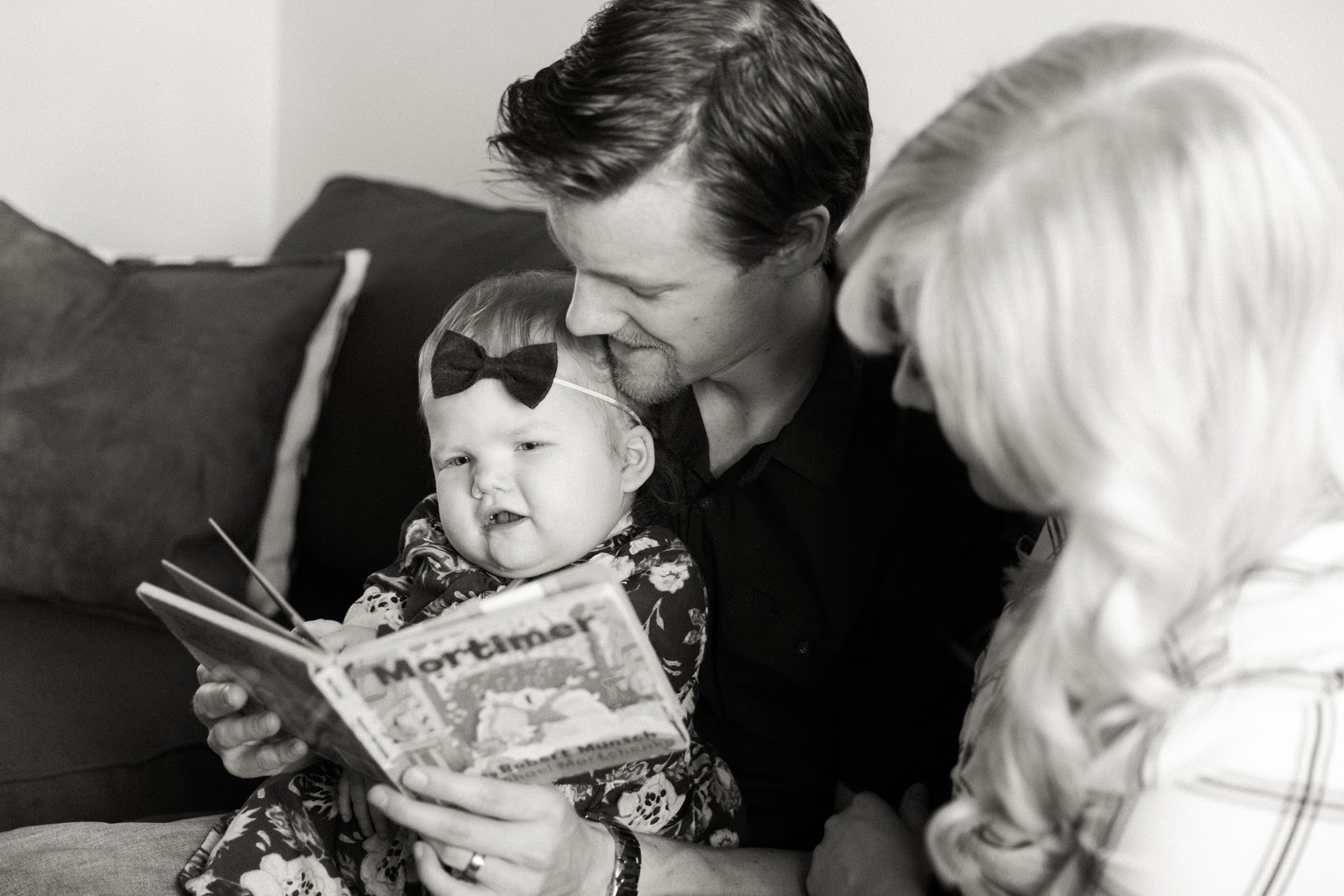