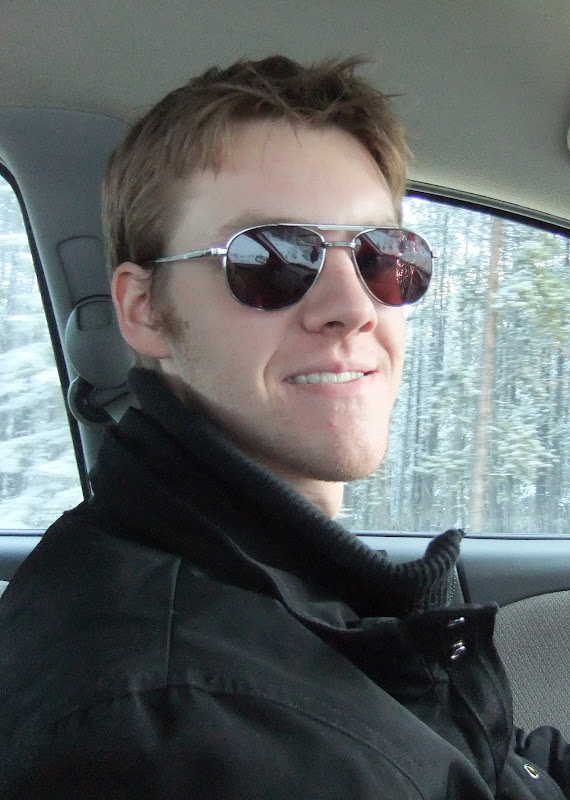 Nick decided that he would like to go back to school to go from an EMT to a Paramedic this year. So earlier this year he applied to both SAIT (Southern Alberta Institute of Technology) and PMA (Professional Medical Associates), which are both located here in Calgary and they both have Paramedic programs. Before dating Nick, I had no idea there was even a difference between EMTs and Paramedics, and what those differences entailed. Basically the EMT program is about a 1 year program depending on where you go. Once you have graduated and passed a provincial exam you can work on an ambulance. Most Rural locations have 2 EMTs working per ambulance and they are considered a basic ambulance. In the city, basic ambulances do the patient transfers between hospitals. This is why Nick has worked in the small town of Coronation for the last few years, because most rural sites only hire EMTs. To become a Paramedic, it’s about another 2 years of school depending on where you go. For every Urban ambulance, there must be at least 1 Paramedic per ambulance. Paramedics can administer more drugs, perform more advanced procedures and just have a wider medical knowledge.

We both knew that he would get into SAIT easily, but Nick really did not have a desire to attend school there. Nick really wanted to get into PMA for a few reasons. PMAs Paramedic program is only 16-18 months long instead of the full 2 years, and instead of starting in September, they start sooner like at the beginning of the summer. So instead of not being done until July 2014, Nick will probably finish around October 2013 (give or take). They don’t take a summer break and he would go to school 2 weeks on, 2 weeks off. SAITs program is Mon-Fri and they have the normal evening, weekends and holidays off. Another thing we like about this is Nick will be able to work more while in school because of the 2 weeks off. If he went to SAIT, he would only be able to work a few evenings and weekends and I don’t like it when he works on Sundays. The main reason Nick wants to get into PMA is because it’s just a better school. You have to maintain really good grades to stay in (you can’t get below 80% on any test and you only get 3 rewrites a year), and they have a higher success rate of passing the provincial exam which you have to pass in order to obtain your licence to work as a paramedic. The only thing is, PMA is extremely hard to get into. You first have to qualify to write an entrance exam, and then you have to do well on the exam. This year about 26 people qualified to write the exam, and PMA only has 12 seats available. Nick has already been to PMA for his EMT, and really wanted to go back for the Paramedic program. Nick qualified to write the entrance exam for the Paramedic Program, and a few weeks ago he went and wrote it. Nick was there for over 6 hours! He had to write 3 tests, 1 scenario and have an interview. He was so tired when I saw him after. I tried to get him to tell me how it all went, and he told me that he felt like he did alright on tests, really well on the scenario and he was the only person there dressed for the interview! Nick wore dress pants, a dress shirt and tie, and everyone else was just wearing regular clothes. In the interview, the interviewer complimented Nick on his tie, and Nick said he felt like he was overdressed. The interviewer said that he wasn’t, but that everyone else was underdressed. Lol! They told him that sometime in the beginning of April he would get a phone call letting him know if he got in or not. Well on Tuesday (March 27) Nick got a phone call, and they offered him 1 of the 12 spots! I’m so excited for him – even more excited than he is (but he never really gets excited for anything). I am just so proud of Nick. He just works so hard and is so passionate about what he does.

Nick will start school now in June, but we don’t know the exact date yet. So basically we are just very busy for the next little while! The wedding is just over a week away, and then we leave for our honeymoon and get back April 18. We move into our new place sometime in May, and in June Nick will be finally quitting Coronation and starting school! So excited!