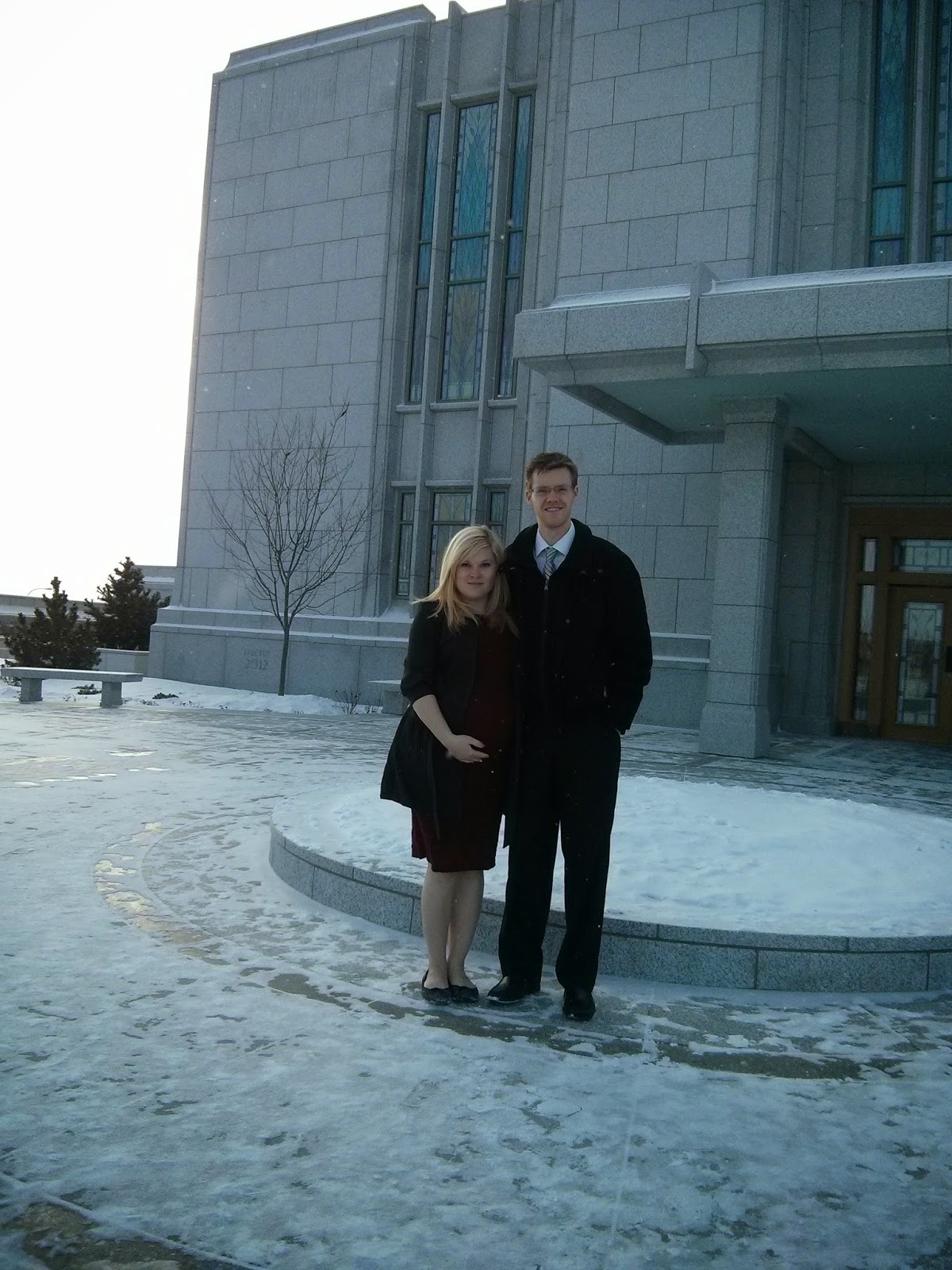 Disclaimer: If you don’t want to read this entire post and want to get to the BIG Announcement, you can skip the first half (I won’t be offended – I promise).

Overall it’s been a good week for our little family with only one minor blip. I failed my pregnancy glucose test by a measly .1 (the cut off is 7.7, and I scored a 7.8), so I have to take the 2nd test – you know, just another medical appointment on my long and never ending list of appointments. Nick hates the idea of diabetes (with his line of work, he sees the downward spiral effect of this disease), so I knew he would give me a hard time when he found out and have another reason to get after me and my sweet tooth. My OB wasn’t too concerned, but I still am required to do it. Otherwise baby is continuing to grow well and she moves A LOT (it’s seriously nonstop). The other night Nick was feeling her kick for just ten minutes (and in my opinion her kicking was on the lighter side at the time), and he couldn’t believe how much she was moving. I was like “yeah, that’s nothing”. Her kicking and pushing hasn’t gotten to that hurtful point that some women experience, but man – sometimes it can get to be too much!

Last weekend I used part of my Christmas gift and went and got myself a facial – it felt so good. I definitely plan on having one more in April before I leave for Edmonton. After, Nick and I went to the Calgary Temple for the afternoon with my parents. Later that night we headed for a double date with one of our favorite couples – Whitney and Spencer. Super bummed they are moving soon though. Distance wise, they aren’t going to be any farther from us, but they will now be in a different ward, so we’re going to miss seeing them on Sundays!

On Monday I had held a little jewellery party and girl’s night. I wasn’t expecting a whole lot of people to come, but surprisingly lots of girl’s showed up. It was a lot of fun and it was just a good reminder that I have some awesome friends and that I am loved (I know it's terrible, but sometimes it's easy to forget that, but we're all guilty of doing it).

Our biggest news is Nick was offered a full time position as a Paramedic with Calgary Metro EMS (his number 1 choice)! It’s only a one year temporary position, but hey – I’ve been jumping from temp position to temp position for the past few years now in my own department, and it just takes a while to land that permanent position when you work in health care. This is such a huge blessing and relief for us, and I’m so thankful to his EMS friends and mentors that put in a good word to the supervisor hiring him (as there were a few). I was in the car when Nick received the call offering him the job, and it was so hard for me to contain my excitement. It brought tears to my eyes when the supervisor brought up our baby and the whole Edmonton situation. Nick hadn’t told them yet about me being pregnant and having to deliver in Edmonton and upcoming surgery (he was going too), but someone already mentioned it to the supervisor, and he told Nick that he totally understands, and when the time comes, everything will be taken care of and told him to not worry about getting time off work.. This has seriously been something that was weighing on our minds for the past few months and it was on our plate of unknowns.
Though Nick was getting lots of casual shifts, it’ll also be nice to have a steady and guaranteed income, and a regular schedule. It was really frustrating when trying to plan anything around Nick’s schedule, because we could plan all we wanted, but then he would get called in and then have to miss out on family dinners, dates, church, get-togethers, etc.
We will aslo have a clearer plan of when Nick can be up in Edmonton with me for the months of May and June and he will pretty much be able to be with me almost 4 days a week!

In all I am so grateful for this major blessing and the timing couldn’t be more perfect. It’s such a huge satisfaction to see all of Nick’s hard work pay off and all of our sacrifices that we've made in the past year have been worth it.

This upcoming week I’m hoping the good stuff keeps coming – though I’m not trying to get my hopes up too high and keep things in perspective. We leave for Edmonton on Wednesday morning for our 2 days of appointments with the Royal Alexandra & Stollery hospital. We have an Ultrasound and ECHO booked the first day followed by a meeting with a specialist (whom I’ve been told “wrote the book on fetal Echocardiograms”) to go over the results.  The next day we have a big multidisciplinary meeting with a pediatric cardiologists, perinatologist, neonatologist, nurse, social worker, and Dr. Fruitman from Calgary (our pediatric cardiologist down here) is suppose to call in. The only person who won’t be in attendance will be the actual pediatric cardiovascular surgeon (the one actually performing the surgery) because they are generally busy doing surgeries. I’m sure it’ll be information overload for us, and it’ll also be a chance for us to ask any and all questions we may have. We then will get a tour of the Stollery and get a better idea of what’s to come. Anyways, I’m a little anxious and nervous for this visit, but I hope it goes well. Nick and I also plan on having some fun and celebrate our anniversary a little early during this visit to Edmonton and get some good quality time together before our life gets turned upside down.

March 2, 2014 Edit: In church today, one of my visiting teachers gave a beautiful lesson in Relief Society on Tender Mercies, and that resonated so deep inside me. After reading this post over and over again, I now feel that all of these happy “tender mercies” that we experienced this week were small personal blessings he gave us to just lighten our load just a little. This journey/trial that we are experiencing is far from over, but after recognizing these blessings, I know we are not alone, and as long as we continue to have faith, we will be given the strength to get through it together, and make us stronger as a family.
Written by Kierra Irvine
Email ThisBlogThis!Share to TwitterShare to FacebookShare to Pinterest