A few weeks ago, I stated that due to recent events I wasn’t able to plan much for Congenital Heart Defect (CHD) Awareness this year. Well the morning after that particular blogpost went live, my sister Danika sent a text to ask if she could run a few idea by me, as she wanted to raise a little awareness herself and told me to call her as soon as possible. When I finally got a chance to call her back, she asked if she could write a post about how CHD has personally affected her, and give some perspective as a family member. I immediately loved the idea and told her to get it to me as fast as possible, as I thought that would be something awesome to post and share here.


The next day she called and read out what she had written, and I completely teared up over what she read to me. This “heart journey” is both beautiful, but also completely heartbreaking – and not just for us as parents, but for our whole family too. While not many people can comprehend what we go through as parents and the many hard things we have endured, our family has definitely felt the affects of this diagnosis and the lasting impacts it has made. -- Kierra 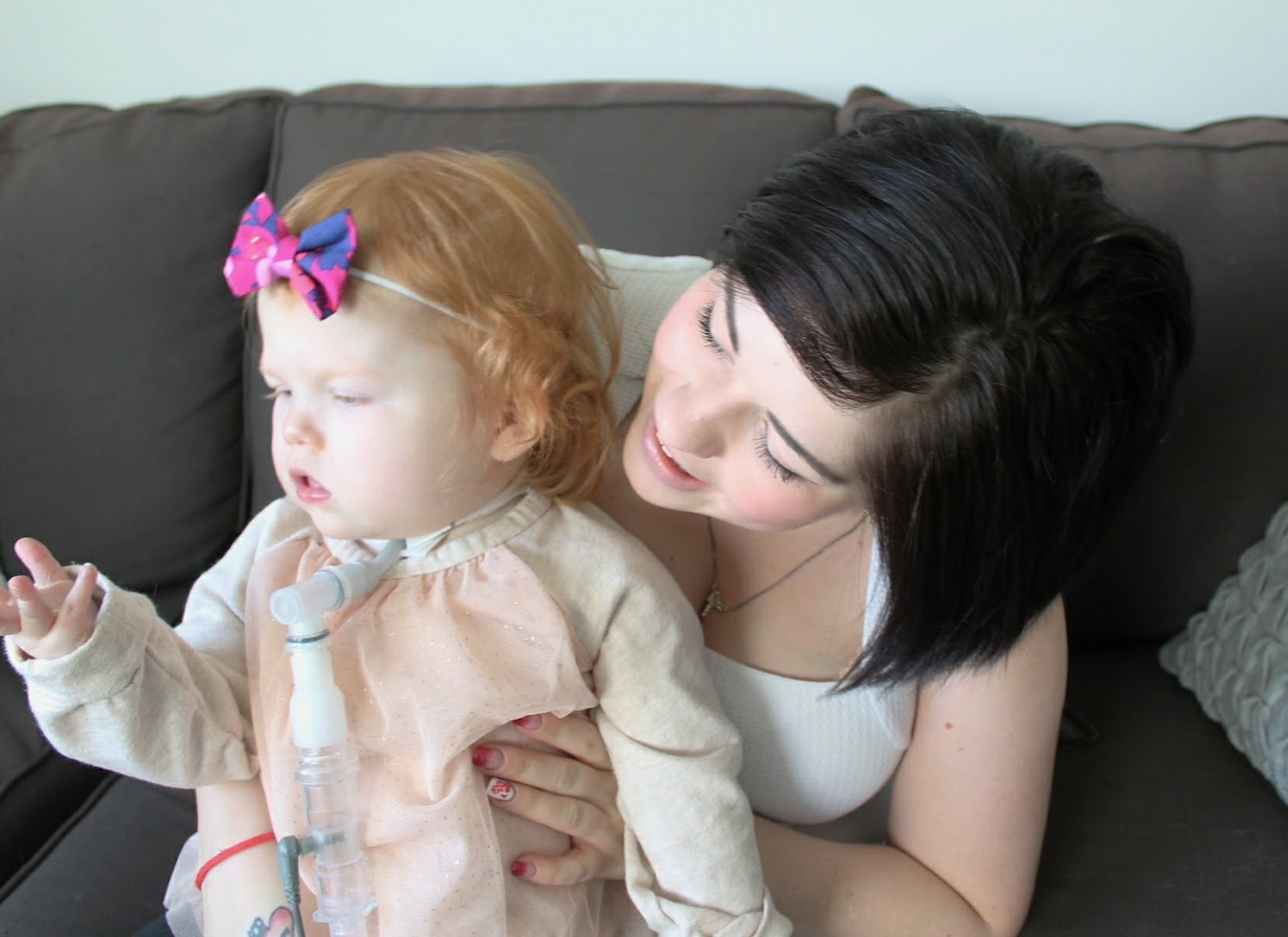 I have thought many times on where to begin, but for me it started over 3 years ago when I got the call that has changed and shaped the course of our lives over the last few years.
It was a regular (but very cold) November morning, and had gone to the city to get some shopping done before my sister's gender reveal party – and anyone who knows my sister, knows that she loves to plan a good party & event. Kierra loves the aspect of the fun and getting togetherness, but she also loves to plan and organize because she was – and still is, a very put together and organized person.
Kierra had a Facebook event up for that evening’s gender reveal party, and I gotten a notification that the party was canceled. I instantly knew something was wrong and tried calling her, but she didn't answer right away, so I just waited for her to call me back instead. A little while later my phone rang. I quickly answered and immediately asked her why the party was canceled (I'm now tearing up as I write this). She proceeded to tell me that she had gone for her 18 week ultrasound and at first things seemed normal not realizing that having a doctor talk to you privately afterwards was not. She then told me about the heart defect. I felt the air leave my lungs. We sat on that phone together – not much more was said, and we just cried. How could this happen? Why? Was it even real? It's not fair. My heart just ached for my sister, and wanted to take everything off her shoulders and place them on mine. We ended the phone call, but I continued to cry all the way home. The next few months were emotional…. there were some high highs and some really low lows. I planned her baby shower and invited friends around us to celebrate. It was a bit different as we asked people not to gift Kierra with smaller sized baby clothes – as we were unsure if Evanna was going to have surgery right away – but it was a happy occasion nonetheless. Then Kierra had to leave and temporarily relocate to Edmonton to deliver Evanna, which so hard being far away, not knowing what the future was going to hold.

Well the day of Evanna’s birth had arrived, and it wasn't anything like we had expected. She born via emergency cesarean, and I was kept waiting by the phone waiting for updates, but due to so much chaos... was somewhat left in the dark for most of the day. I kept praying that everything was ok. I remember finally getting that phone call – but was left in tears upon hearing the news. I was filled in and told that Evanna was unfortunately the “worst scenario” of the two diagnoses they were contemplating while Kierra was pregnant. So many thoughts raced through my mind as I thought of all the things my sister was never going to have with her daughter. I thought of how she was going to lose Evanna before she even had a chance to really know her. My heart ached, as I wished to trade places for just a few moments. It wasn't fair! I wanted to scream why? How? I then began to fall into a dangerous thinking pattern. I started to feel guilty that I had a healthy and happy child. I then had my second child and experienced some major post-partum anxiety. I wasn't sleeping nor functioning well. I eventually sought out counselling to deal with the guilt I felt. I kept telling myself and had many people tell me I shouldn't feel this way. But I did I couldn't help it! That was my sister! That was my niece! I wanted to fix something that I had no control of. It took a whole year to come to peace with our current family’s circumstances. Hospital visits (our version of “playdates”) became our new normal whenever Evanna was transferred closer to home, and alongside my sister, counted as each day, week and month passed us by…for a jaw-dropping 400 days in hospital. 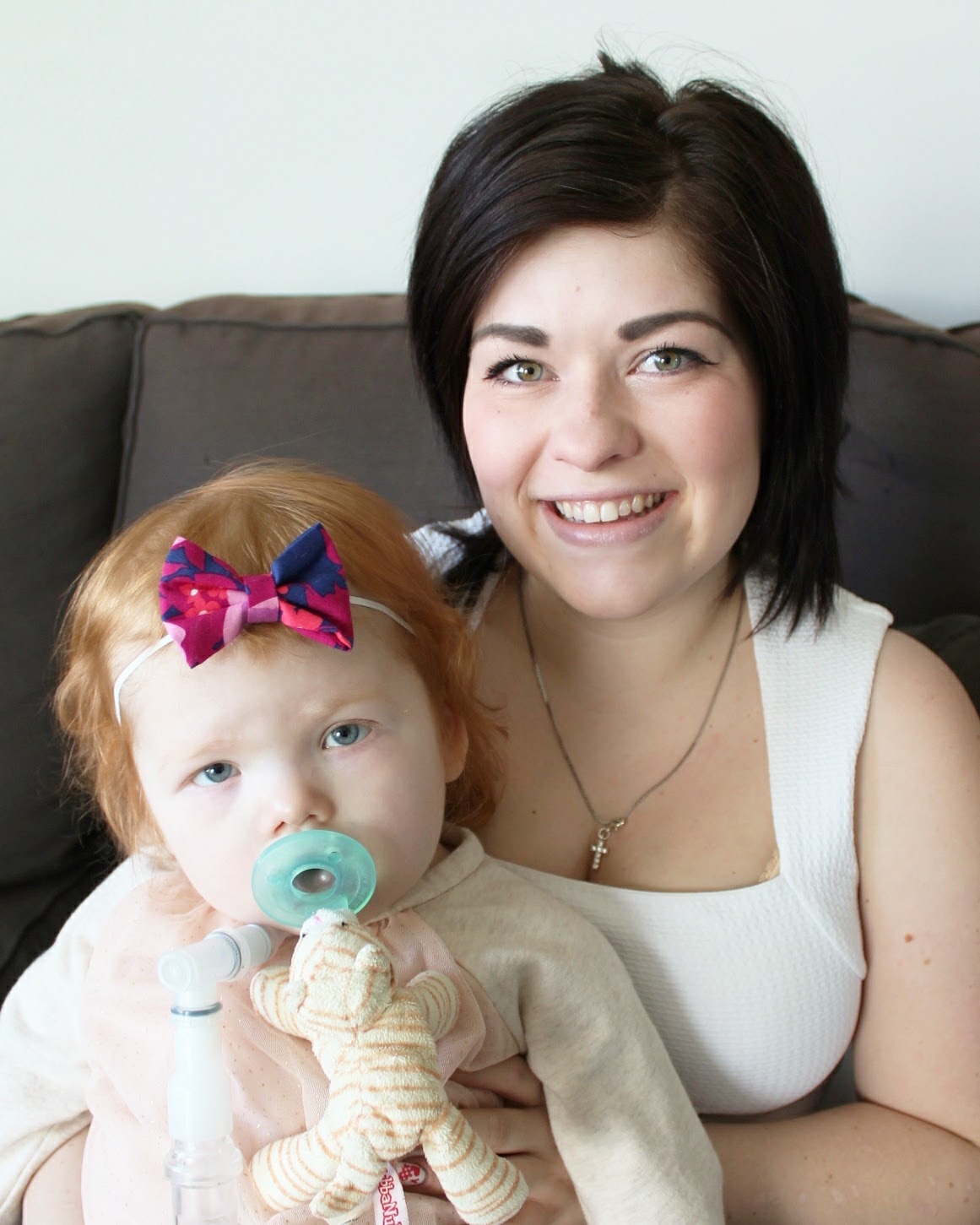 I got to experience some beautiful and very heartwarming moments throughout this journey too – my daughter Alexa always looked forward and loved our visits to the hospital with her cousin, and it was the cutest thing when she would give Evanna her a soother or read a book to her in the ICU crib. She wasn't afraid to climb right in and cuddle in close with Evanna. She didn't see cords and IV's – she just saw her little cousin who she looked forward to seeing every week. I will forever treasure those memories.
I still don't know what the future will hold or how long we will have Evanna with us but over the last few years I've learned a few things:

1. You don't realize the strength you have until you have to deal with something difficult.
2. Nothing positive comes from being Negative (this one I learned from my sister -- her main mantra for the hardest days)
3. It’s ok to cry.
4. Family is so important.
5. My medical knowledge of things has definitely expanded – though I can't even begin to even touch the amount my sister and my brother-in-law knows.
6. I didn't realize that our family dynamic wasn't normal. A lot of people don't have the support my sister does from us and I will never let anything be so hard that I will turn my back..
7. I have learned to be thankful for the small things.
8. I learned how common Congenital Heart Defects are, and have now gotten involved in a lot more charity work and awareness campaigns.