Before I get into our update on Evanna, I want to take a moment and talk about my dear friend Somer, her husband Sean and their daughter Avelyn (if you follow our family's Facebook page, then you'll know who I'm referring too). Along this journey, I have met many other families in somewhat similar circumstances as us.... whether it be they are a "heart family", "trach family" (sometimes a combination of both), or another "medical family" (ie. SMA, Immune Compromised, "Short Gut", Pediatric Cancer.... this list goes on and on) -- that causes them to go through that same medical roller-coaster of long/multiple hospital admissions, surgery after surgery, endless procedures, tests and the overall emotional, exhausting, financial and physical toll it puts on families like ours who have a very "sick child". There are handful of mom's that I have become really close too over the last few years, as we bond, rant, cry, cheer, and bounce ideas off one another on a consistent basis -- because at the end of they day, they just get it, and physical distance doesn't impact the relationship that's been built whatsoever.
Somer is one of the few mom's that I count within my "inner medical mama circle", because of how closely our journey's have mirrored  one another. Of course Evanna and Avelyn had their differences (ie. Evanna's airway vs Avelyn's kidney failure), but there aren't many others who can really understand, sympathize and comprehend the really long hospital admission(s), curve ball after curve ball, fragility of our child, the nonstop medical appointments, endless therapy sessions, and the constant care they require (that tends to include home care). Somer has been one of our families biggest cheerleaders and closest confidants over the past year or so, and my heart is just broken for her and her husband Sean right now (who I feel is very similar to my own husband in the high caliber they are as husbands and fathers... which unfortunately is somewhat still considered a rarity). Though they got to take their sweet girl home after some 450 days in hospital a few months ago, their daughter Avelyn "Avie" became very sick again (with Septic Shock no less), and passed away a few days ago. She had been through just so much in her short little life (most of it has been documented here [last updated in December 2016] or Somer's IG here if you are interested in reading), and I've somewhat been at a loss of words at what has transpired over the past week or so, and my heart is absolutely shattered at their devastating loss right now. Though we've been busy getting ready for Evanna's upcoming Cardiac Cath on Wednesday (and the major stress and anxiety that we have in regards to the the potential "bad news" we may receive) , I've definitely been in a place of private mourning and can't help but ugly cry real hard when I have a moment to pause and think about Somer and Sean and all they've been through over the past year and a half and this past week in particular. On the other side, there's also a been a huge mix of "survivor's guilt" and "when will the shoe drop for us?" too – as it just comes with the territory of having a extremely medically complex child yourself who's future is still quite unknown.With all that being said – I feel a responsibility to share their story and crowd-funding information that is being used to help cover the mounting medical bills that have accumulated and now added funeral costs on this platform of mine. So if you would like to visit their YouCaring page, please (please) click here for more information ----> https://www.youcaring.com/somer-sean-and-avie-stahlman-pickel-531248


Again, with our deepest sympathies – all our continued love and prayers to Somer and Sean + their extended families during this time. xxo 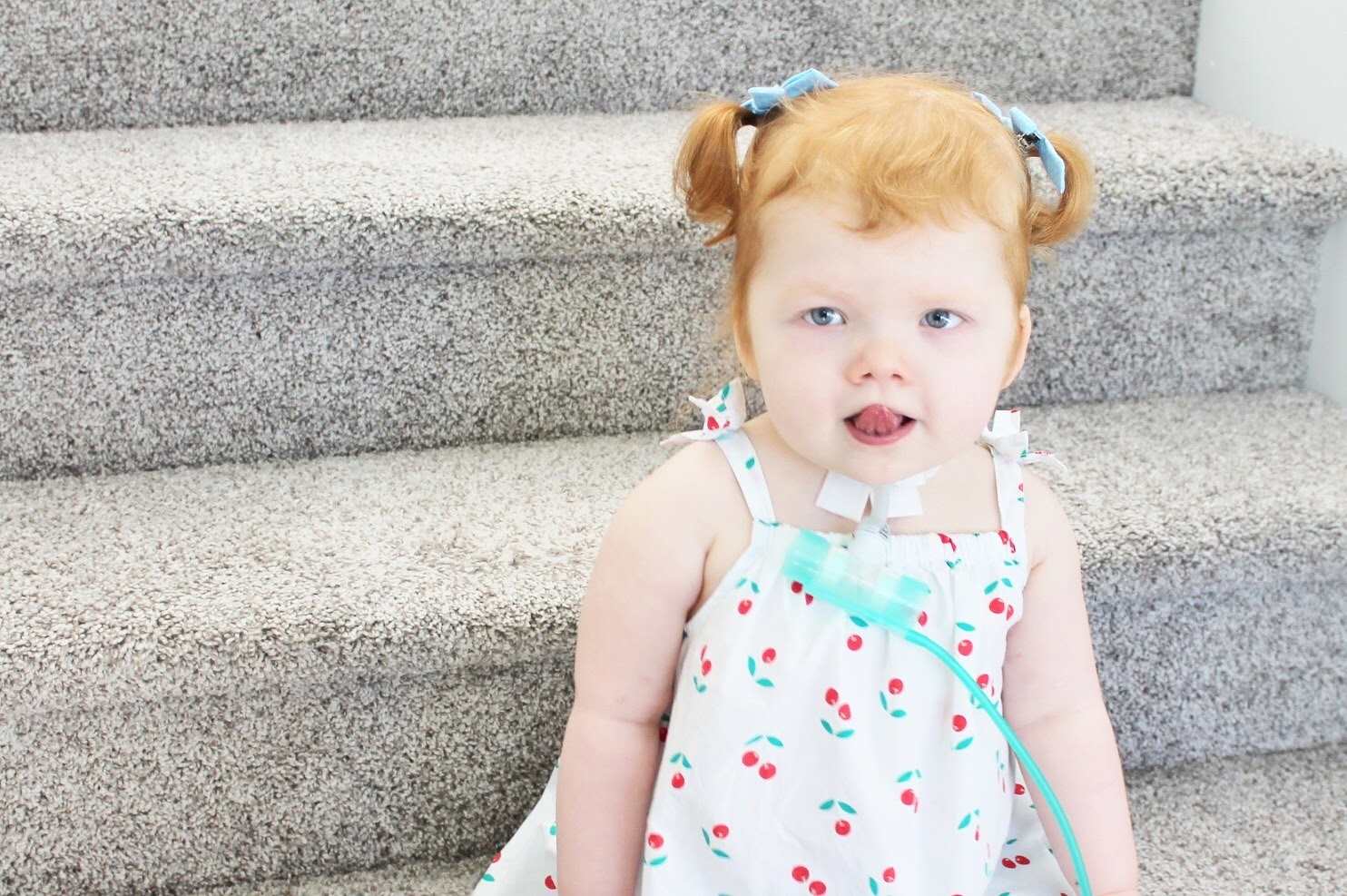 Last Wednesday, Nick and our homecare nurse Rebecca took Evanna to her airway (CAC) appointment. After a month of sprinting Evanna off the ventilator twice a day for an hour, we wanted to see if she's built up her stamina and could handle even longer sprints. Well, we've been officially approved to increase her morning sprint from 1 hour to 2 hours, and later this week can begin to work her afternoon sprint from 1 hour to 2 hours also (so very good progress!). They also tried out a speaking valve in clinic, but it looks like we have our work cutout for us. Just like we were warned (well from what I read in the global trach mama Facebook group I'm in) it definitely takes a LOT of getting use too, and at the moment Evanna can only handle about 15-20 minutes before her "work of breathing" starts to get labored.... so we'll have to take it slow and steady. Because she doesn't have it on for very long - she hasn't really really experienced the difference it'll make to the amount of noise she'll be able to make with it - but I'm sure that will just come with time.
At this time, we haven't scheduled our next CAC appointment yet (it's usually done at the end of the appointment) – as it was Nick who took her to the appointment and leaves all the appointment scheduling to me. It's quite the work of art in my opinion to keep our life organized with both of our work schedules that vary week to week, staying on top of our homecare staffs schedules (that again can vary week to week), all the therapy and medical appointments Evanna has, and our busy social life -- so in order to avoid any potential mix-ups/double booking – Nick just leaves all of it to me (and in return, I leave the homecare payroll and banking to him). I hope to call our hospital trach nurse on Wednesday while Evanna is having her Cath done and book our next appointment for sometime in July. However, apparently there's a bit of debate on what to work on at our next appointment and whether we increase sprints or wean ventilator settings. The Respirologist (Dr. D) that Nick saw with Evanna on Wednesday (there are three "trach doctors" that we rotate through depending on "who's on") and Nick want to decrease the PEEP from 8 to 6, while I would rather see continued increases of sprinting off the vent. There isn't exactly a wrong answer, and while the "end goal" is the same (ie. decannulation), it's just logistics on how we get there. I posed the question to global trach mama group I'm in, and for the most part, many agree with me that we should continue to focus on increasing the length of time off the ventilator, but I also plan on asking our hospital trach nurse to consult with the other trach doctor (Dr. M) whom we've been primarily dealing with over the past several months for his opinion on the subject, as he was the one who actually performed the bronchoscopy that Evanna had back in April.

Ohhh boy. So things are still currently "a go" for Wednesday's cardiac cath.... but the logistics of it all has definitely been both interesting and slightly exhausting to say the least (and there's been a lot of "telephone tag" between myself, our cardiologist Dr. Fruitman and the Stollery since Thursday). It was originally planned to transport Evanna up to Edmonton via the ICU transport team (which would have required an admission down here), but with how much respiratory improvements/gains Evanna has made over the past few months, it kind of made that plan slightly ridiculous and somewhat "overkill" (definitely a good problem to have lol). However, with how much oxygen Evanna requires (4L), going up as a "true outpatient" and wait at a hotel with her still isn't feasible at the moment (though, I may have figured out a work around for the next time we have to go up to Edmonton as an outpatient), so a final alternative plan was officially made this morning that satisfies all parties involved. Basically we will call Admitting at the Stollery tomorrow morning at 10am to ensure that we still have a bed on the "ICE unit" (intermediate care environment), and will drive Evanna up to Edmonton ourselves (it's a 3.5 hr drive fyi) once we have confirmation of everything. We will head directly to the Stollery (my hope is we'll arrive sometime between 1-2pm) and will have the ECHO and blood work/cross matching for the procedure done as an inpatient instead once we're admitted on the unit. To my knowledge, Evanna's cardiac cath will take place first thing Wednesday morning, and will most likely be kept overnight for monitoring, as the cath she's having carries more risks due to the fact that it's being done through her liver vs the femoral veins (they're occluded as far as we know). 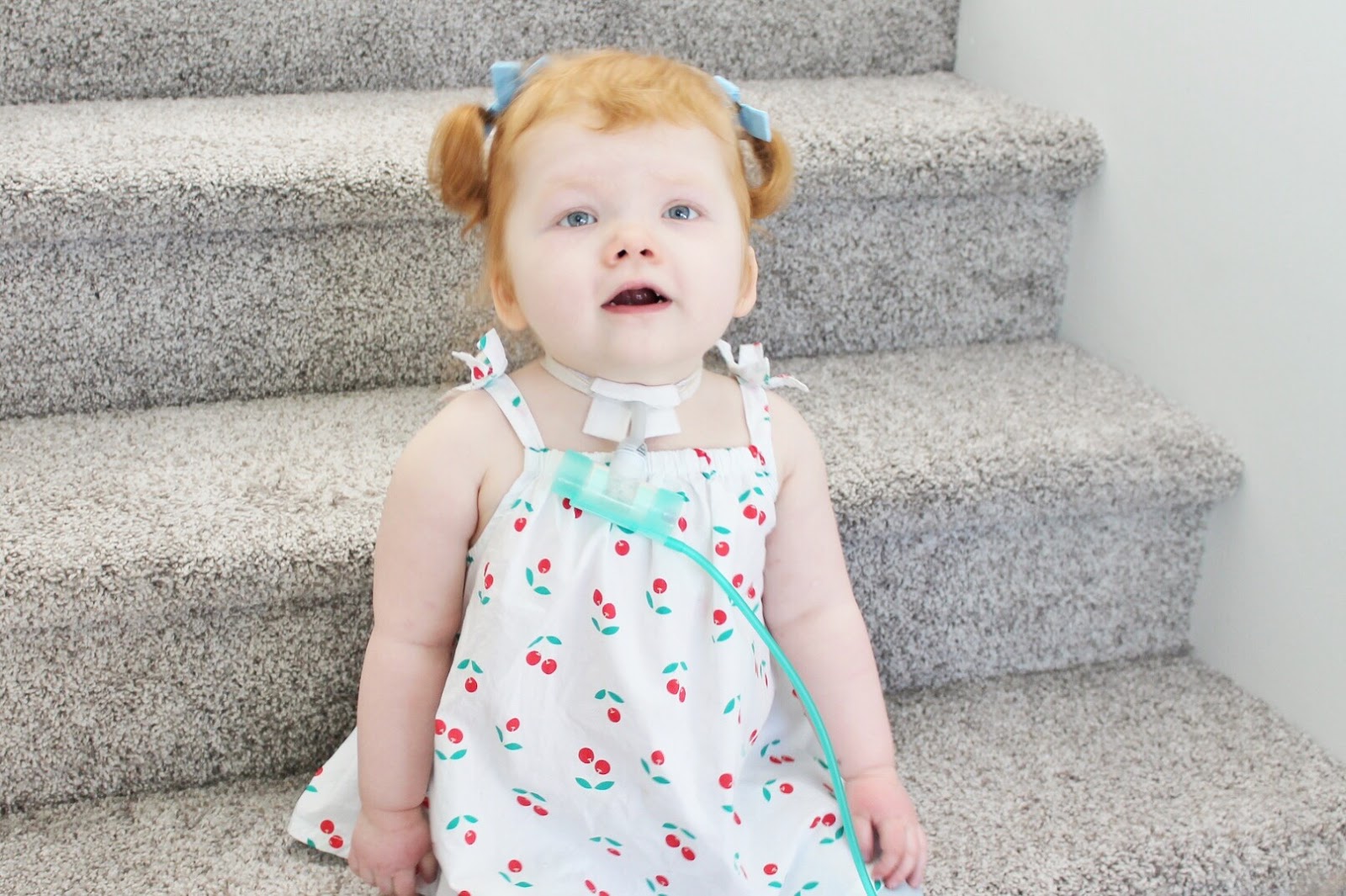 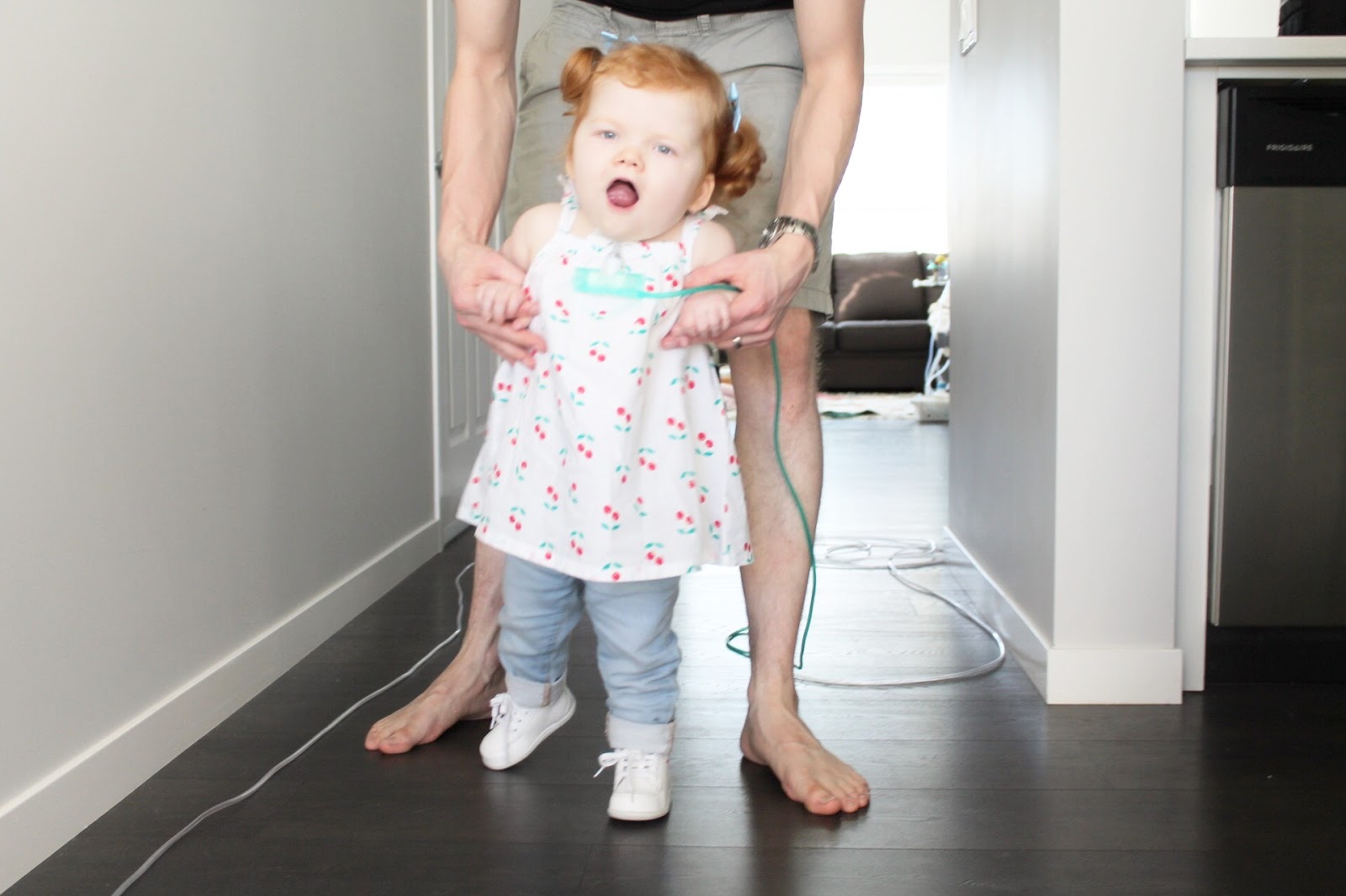 Immediate updates over the next 48-72 hrs will be made via our Facebook page and my Instagram account, but will do a full update sometime later this week/early next week with our cath results and what it'll mean for our California referral.
Thanks for all the love, prayers and continued support  – it's greatly appreciated and means so much to us.