Happy Anniversary to us!! Can you believe it’s already been 1 year!?! Crazy – I know! At times it feels like our wedding was just last week, and at other times, it feels like we’ve been married forever.
I once thought that when I got married, I would understand the phrase “the 1st year is the hardest”, but honestly, I still don’t think I understand that statement. Yes Nick and I have had a few disagreements, but every couple has disagreements, and ours don’t happen that often or last very long (and we usually come up with a compromise). I think it’s because Nick is so quick to end a fight and will pull me in for a hug while refusing to let go until I hug him back (such a sweetie).
Nick likes to joke that the reason we haven’t got sick of each other, is because he isn’t home enough for us to get tired of each other. It’s true though, while it’s been a great year, I am so looking forward to the next year as Nick finishes up school and he’s not always studying for exams. While we dated, whenever I went over to see him, I got his undivided attention, and I think he was worried that once we got married, it would be the same, and he wouldn’t get any time to study. So he was surprised that other then a few trips to the basement (that’s his area where he has his things set up and studies) every night to say hi and get a kiss, I leave him alone most of the evening. Sometimes I want more attention then Nick is able to give me, so Nick has to sit me down and explain how busy he is and that this situation is just temporary. I give in and wait for him to finish studying (this has only happened like 3 times). I’m usually pretty good though at entertaining myself with party planning, girl’s nights, coffee dates, zumba and most recently – lots of Alexa time. I have probably been to Okotoks about every other day for the past two weeks just to see my little niece.

Some thing’s I have learned these past 366 days (it was a leap year):

- Nick has about 10x the patience that I have.

- Now that we have joint accounts, it’s weird (and sometimes I don’t like it) that Nick knows everything that I buy. Oh well, I’m getting use to it.

- I’m a terrible housewife. Seriously. Yes I currently work full time, but not only is Nick a full time student, he also works as many shifts as he can, and yet he somehow finds time to clean, do most of the cooking, and take care of the cats in between his studying. I guess I’ll be pulling up my socks a lot this year.

- I hate cooking, but I don't mind baking.

- I like going out and seeing people. Nick really just wants to stay home and watch a movie. We compromise and do both. That means saying no to some things.

- Little Moments: I have really grown fond of the little moments we have. Sometimes I can’t help but smile when it’s just me and Nick sitting on the bed or the floor, laughing about something silly or even having a serious conversation. We’re usually snuggling or playing with Freddy (our cat), and nothing else is distracting us. It’s just me and him. I love it. They make me the happiest.

In all, it’s been a great first year. It’s amazing how more in love you can fall with someone, even after you get married. Nick makes me feel safe and loved every day, and I can’t help but smile and feel blessed when I think of everything that I have in my life. He works so hard to provide for me, and seriously puts 110% into our relationship. We have learned and grown from our mistakes, and we’re both learning what it takes to have a happy marriage. Yes we have some bad moments, but not compared to how many awesome ones that get to share together. I’m looking forward to the future, and I can’t wait for what comes next! 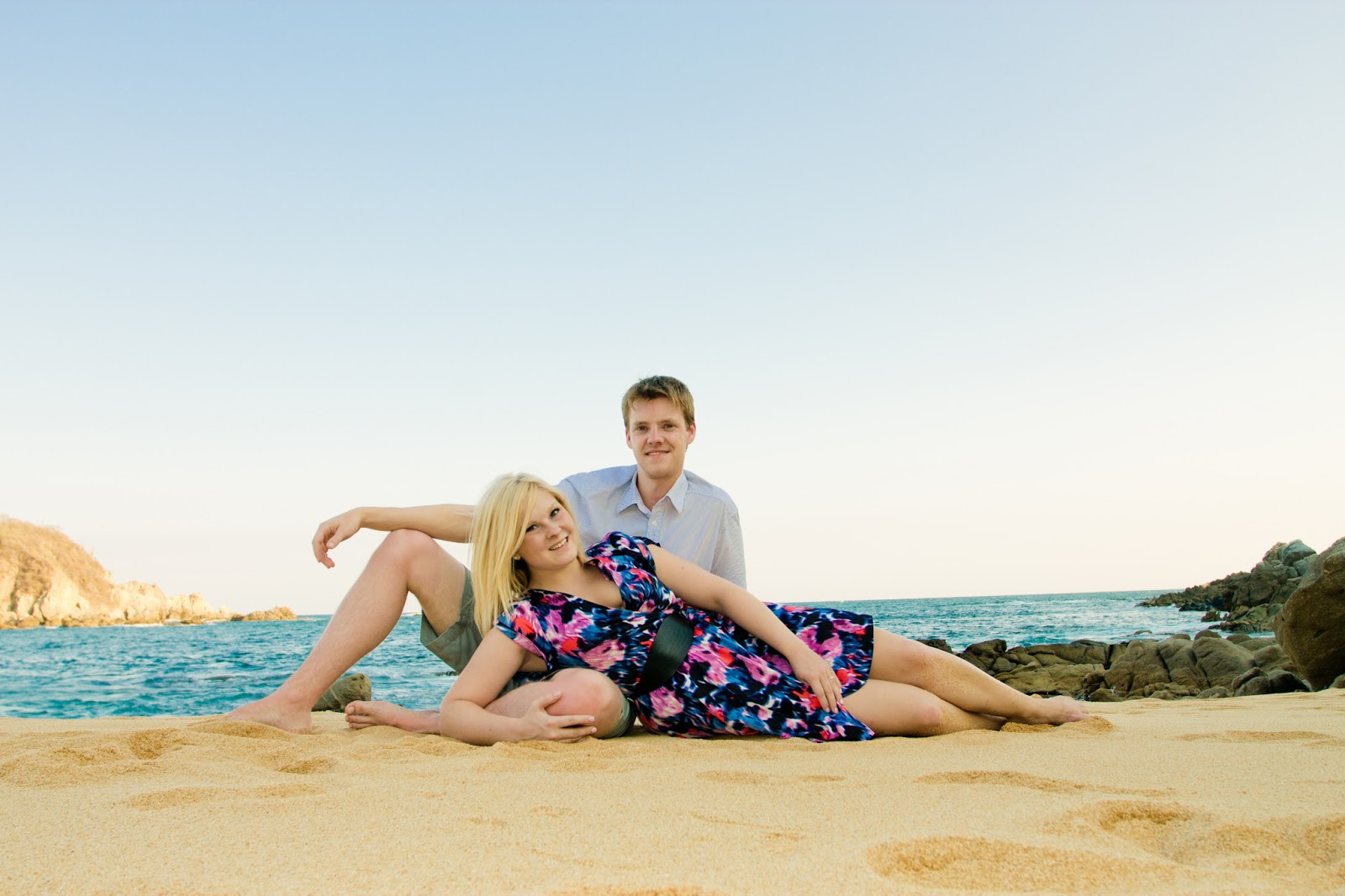 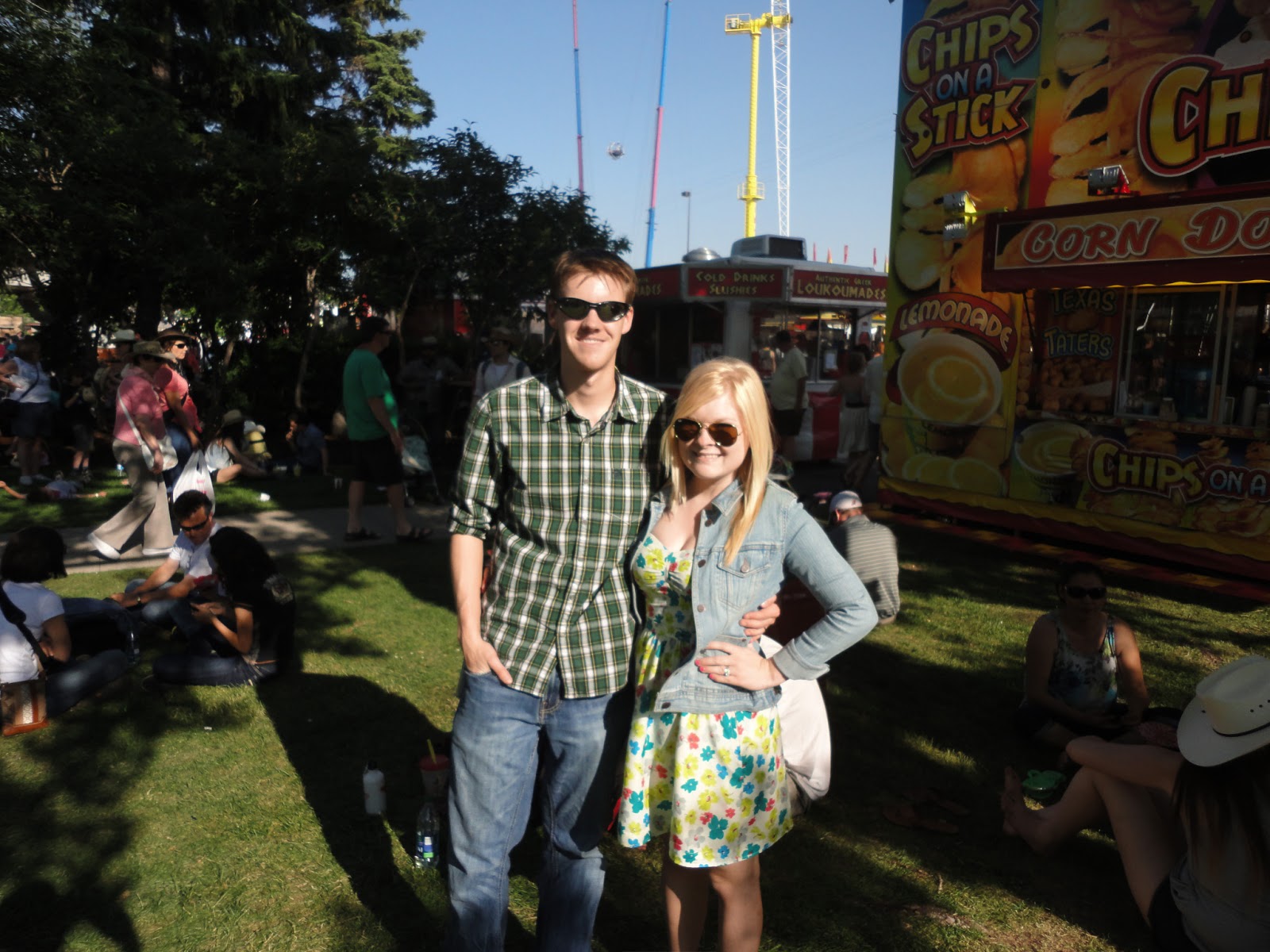 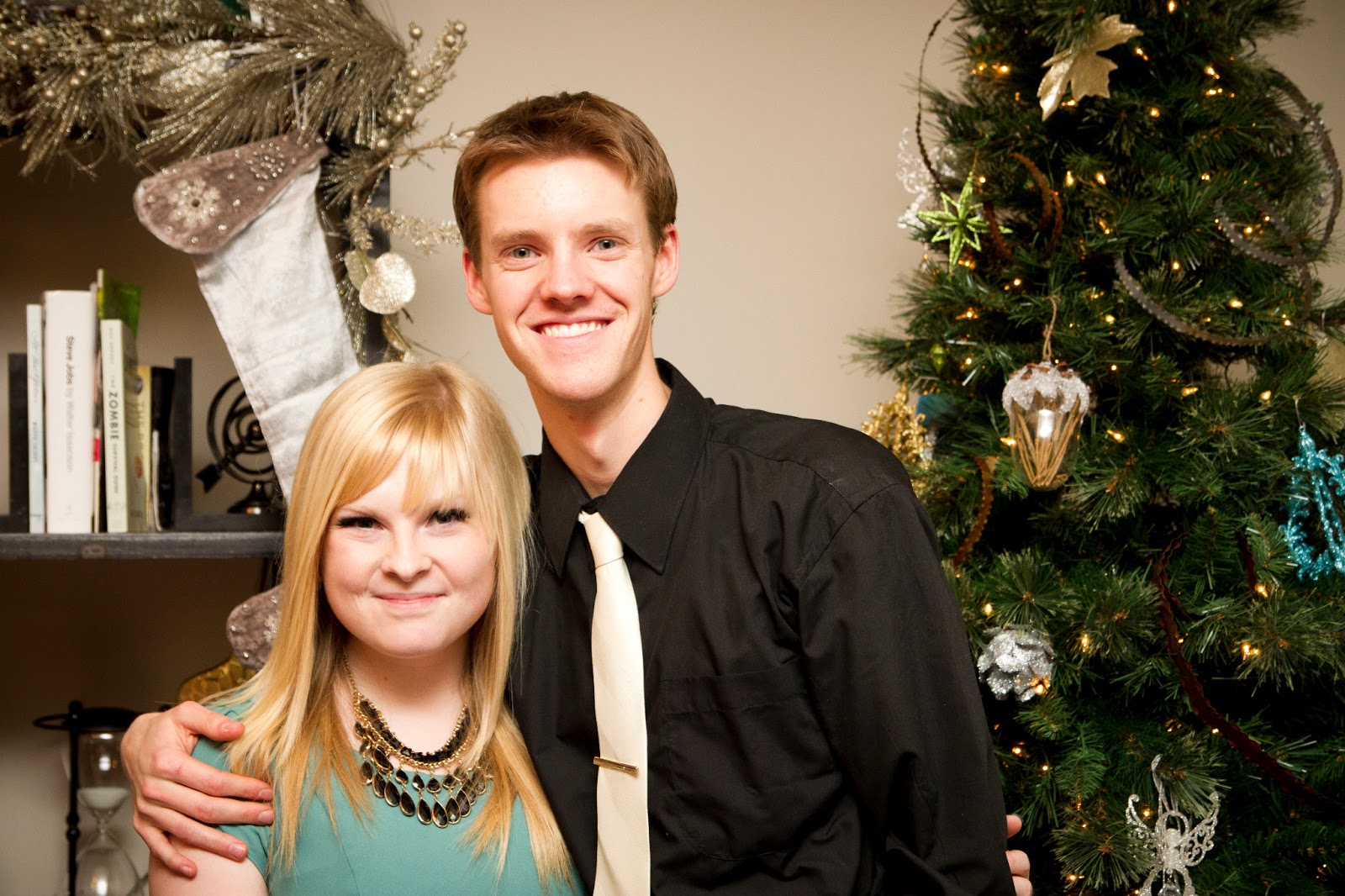 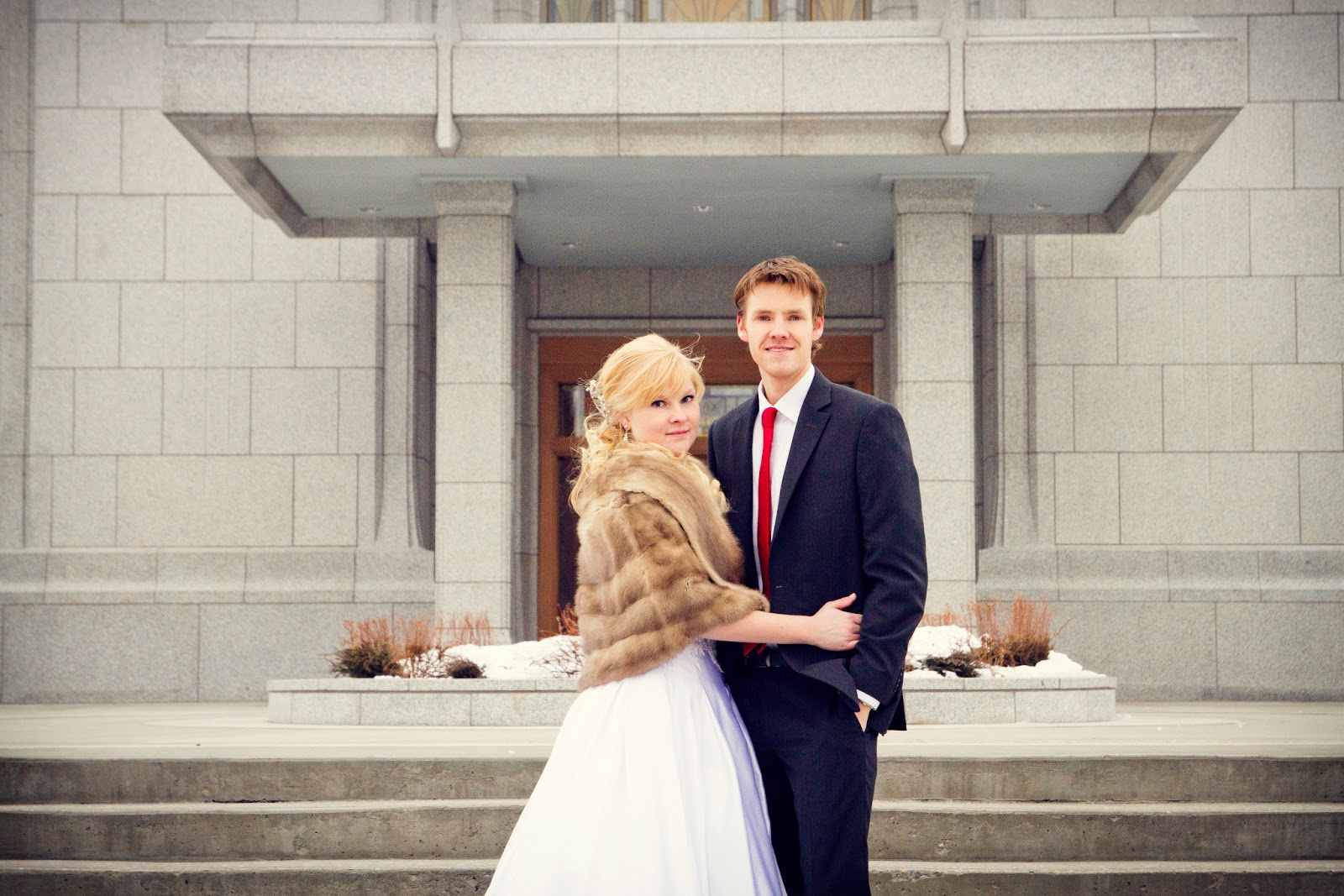 Sealed in the Calgary Temple - January 2013 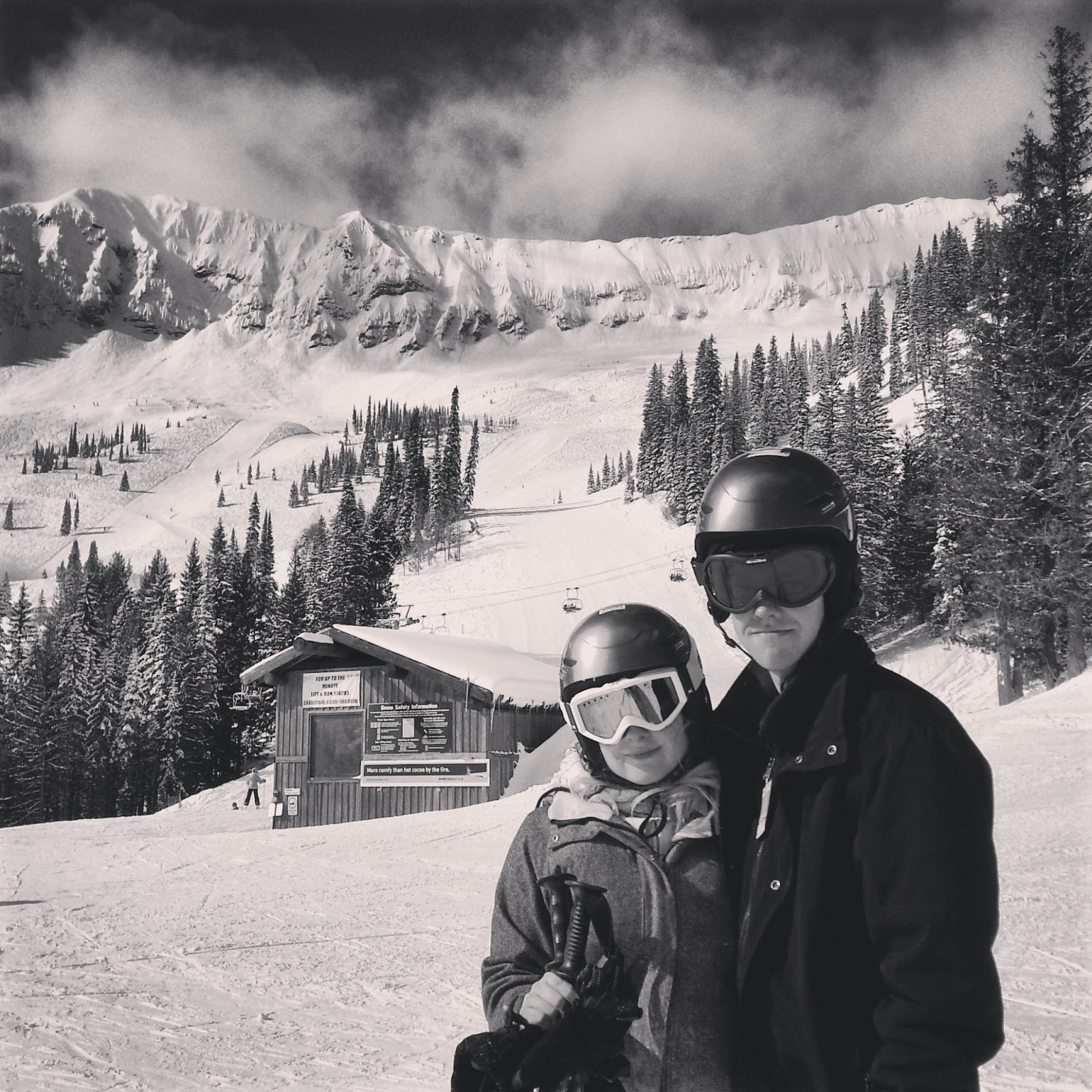 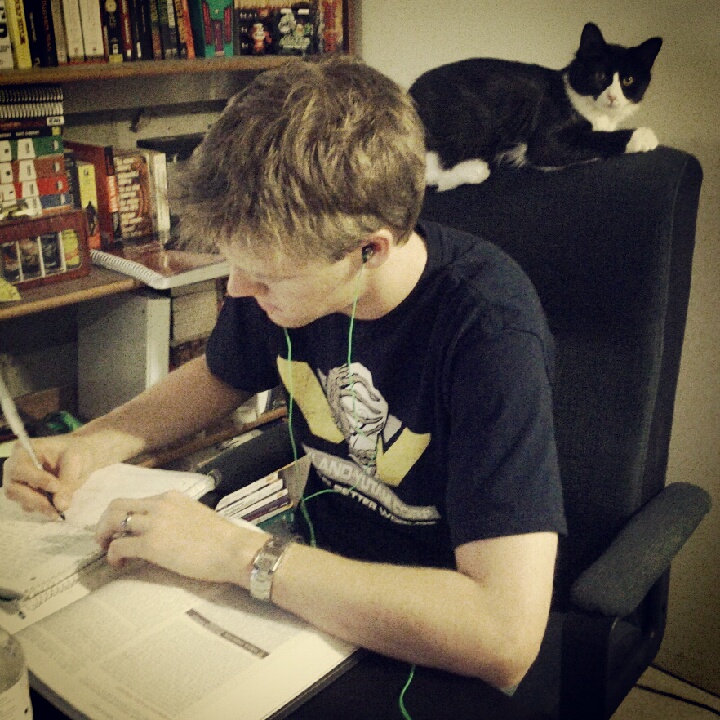 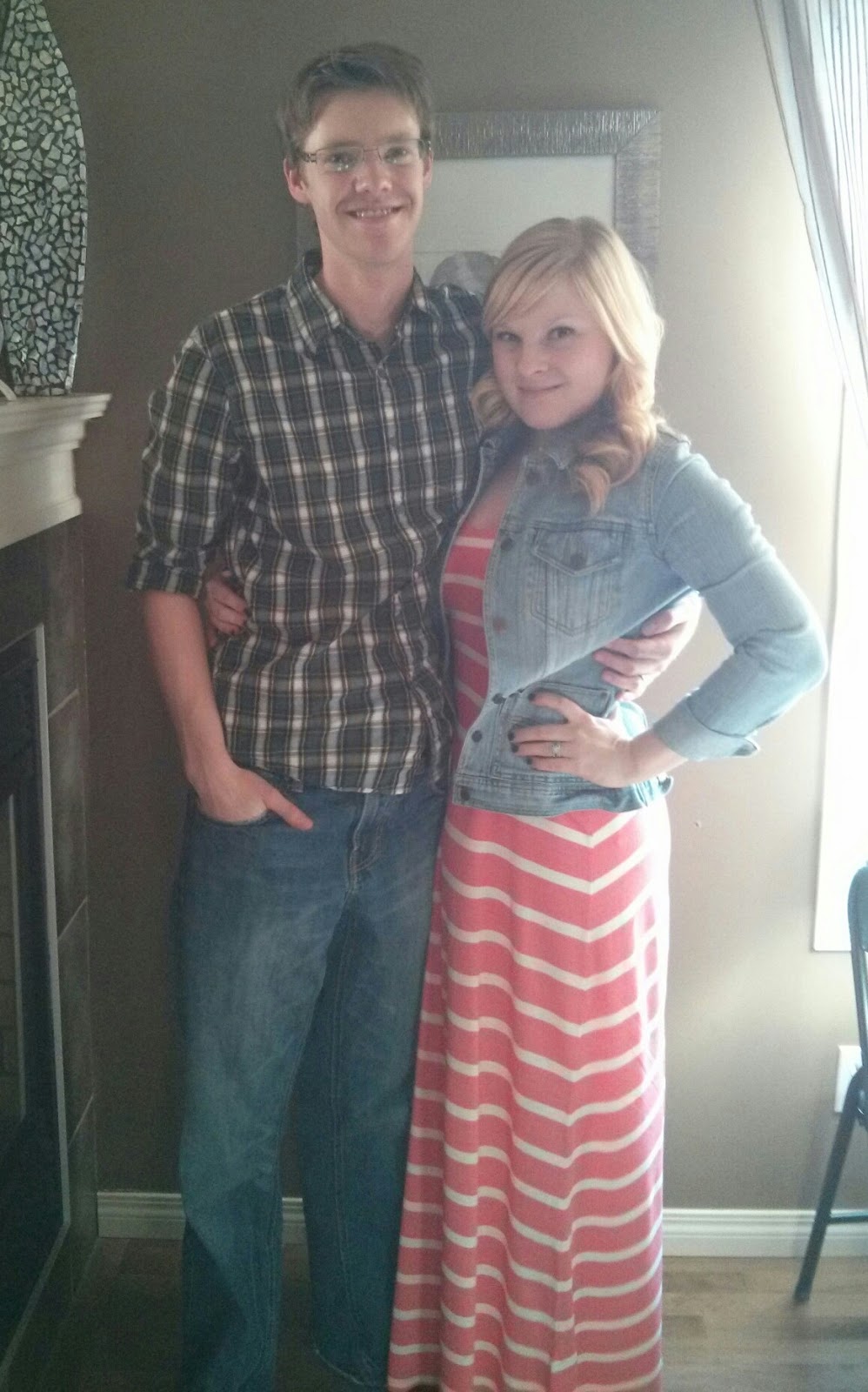