I don’t know what it has been lately, but sitting down to blog has been extra hard for me. I guess I just put a lot of effort into my posts, and want it to look good. For the same post that just takes a minute or 2 to read, it actually takes me hours to complete with the writing, proof reading, picture touch-ups like cropping or highlighting to uploading everything, and finally adjusting layouts and adding captions. In the end it is worth it because it gives me a lot of satisfaction and I love seeing how it all turns out. A couple times a year I just love to go back a read through old posts. It’s a great way to count my blessings. This is my journal, my scrapbook, a recollection of my life’s highlights. It also a great help at the end of the year when I go to make my family newsletter and a blog recap to just take a quick scroll through my blog and compile everything because it’s all in one spot. Eventually (it’s my 2014 goal) I want to actually take my blog and start making a few books out of it so I have it in hard copy form.

Anyways, time to get on with my blog post. Earlier this year, my friends and I agreed that we needed to do one big and fun thing this summer with the whole group. So we decided to plan a camping trip. The last time I did a camping trip similar to this was back in 2008/2009 (I really can’t remember the year, and this is where a blog post would have come in handy...lol). But as you can see, we were due for a camping trip. Since Bianca and Crystal mostly planned the Fernie Ski Trip, I decided that I would take on the planning of the camping trip. Well the first thing we needed to do was find a camping spot, and that’s where I turned to the guys as they have more expertise in this area. I wanted a place that could handle a possible 15 – 20 people as we planned on inviting all of our friends and with lots of notice I was expecting a larger group to join us. Carus told me about random camping and it was the best choice for what we were planning for. The Pros was there was really no limit on how many people could come, and there was no fee, so if a couple of people backed out last minute (which you always have to plan for) it wouldn’t effect anything. The only “Con” was that we had to truly rough it, as there would be no services whatsoever. We lost one person on that fact... (it’s okay, we still love you Bev!). 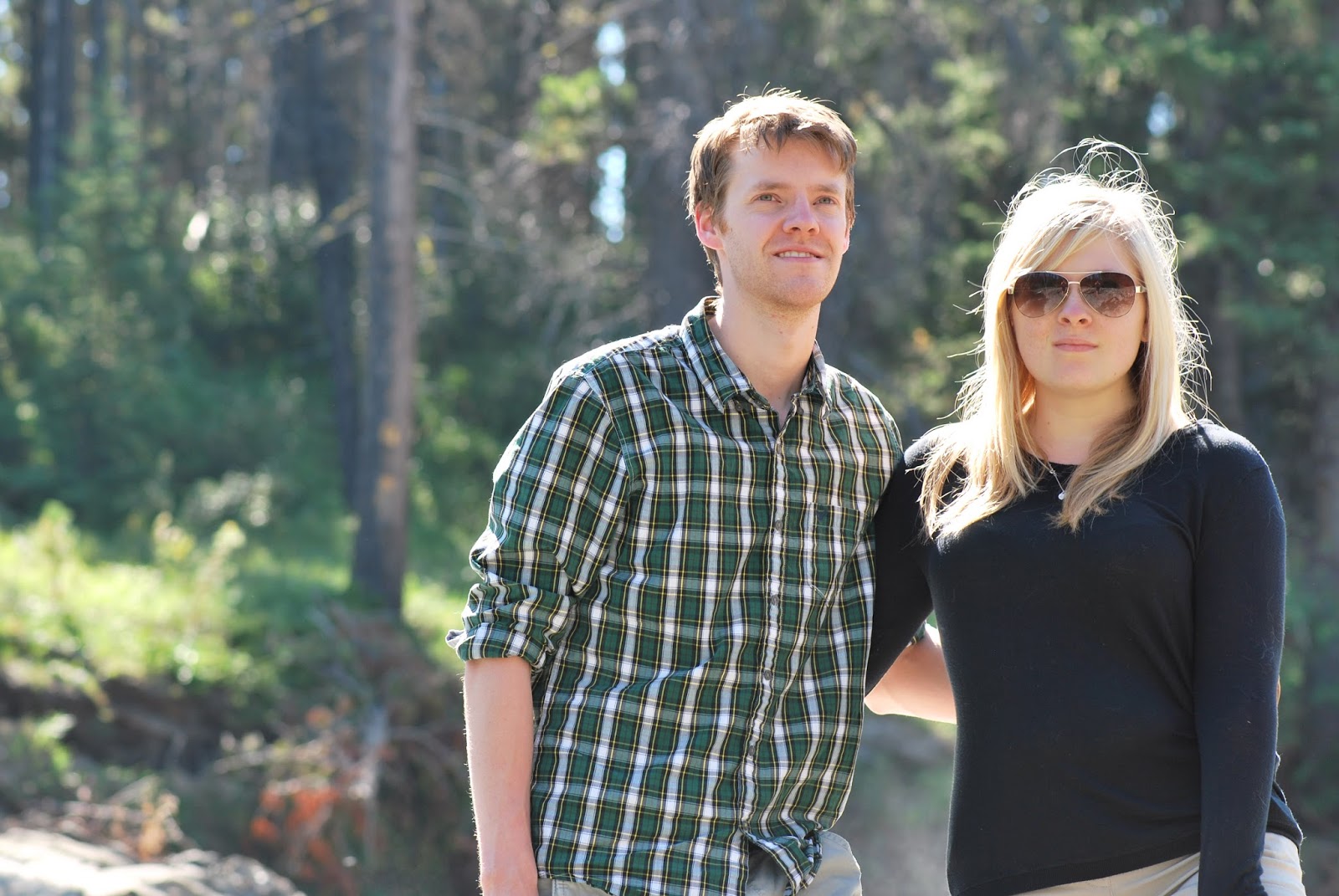 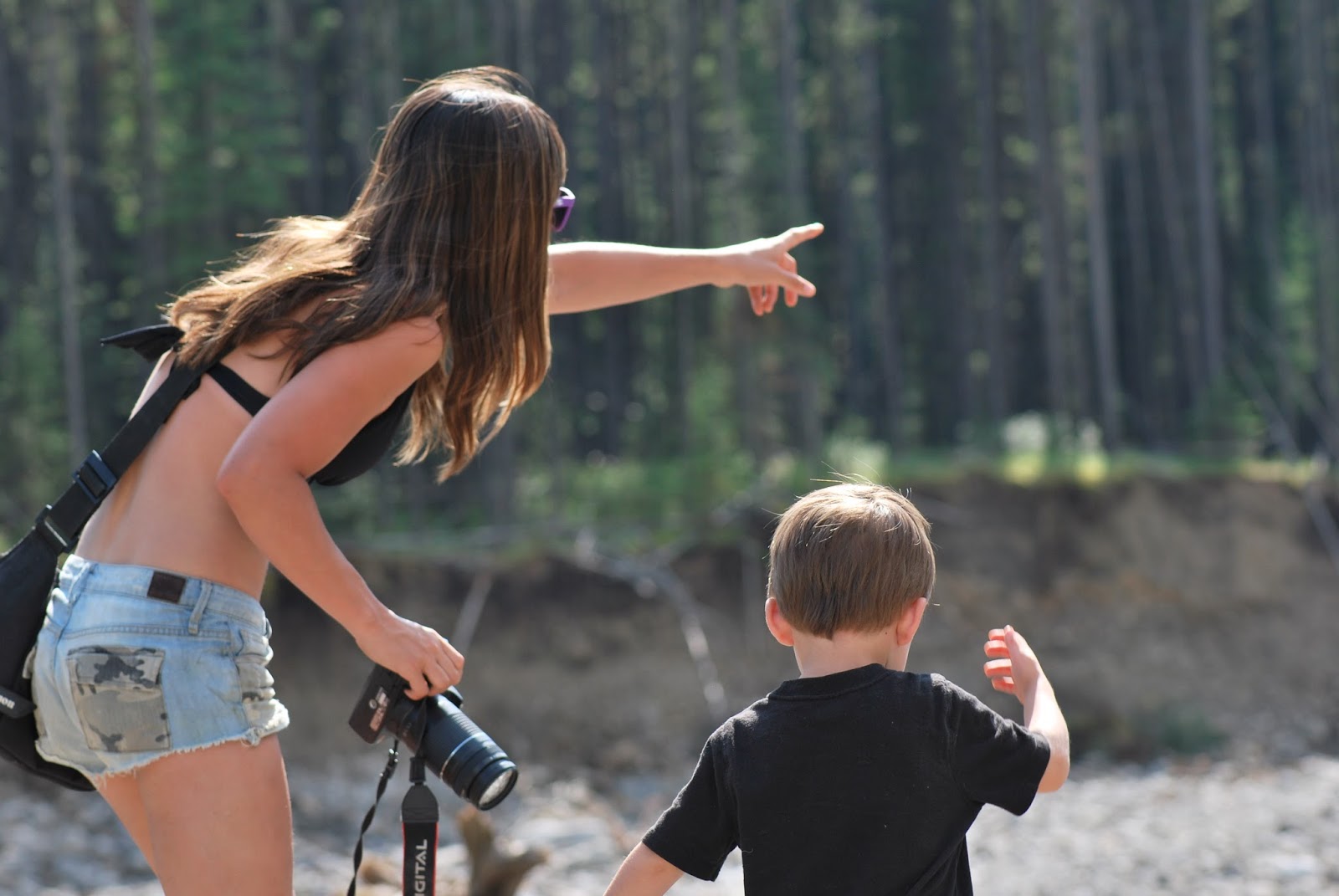 Ashley with her nephew 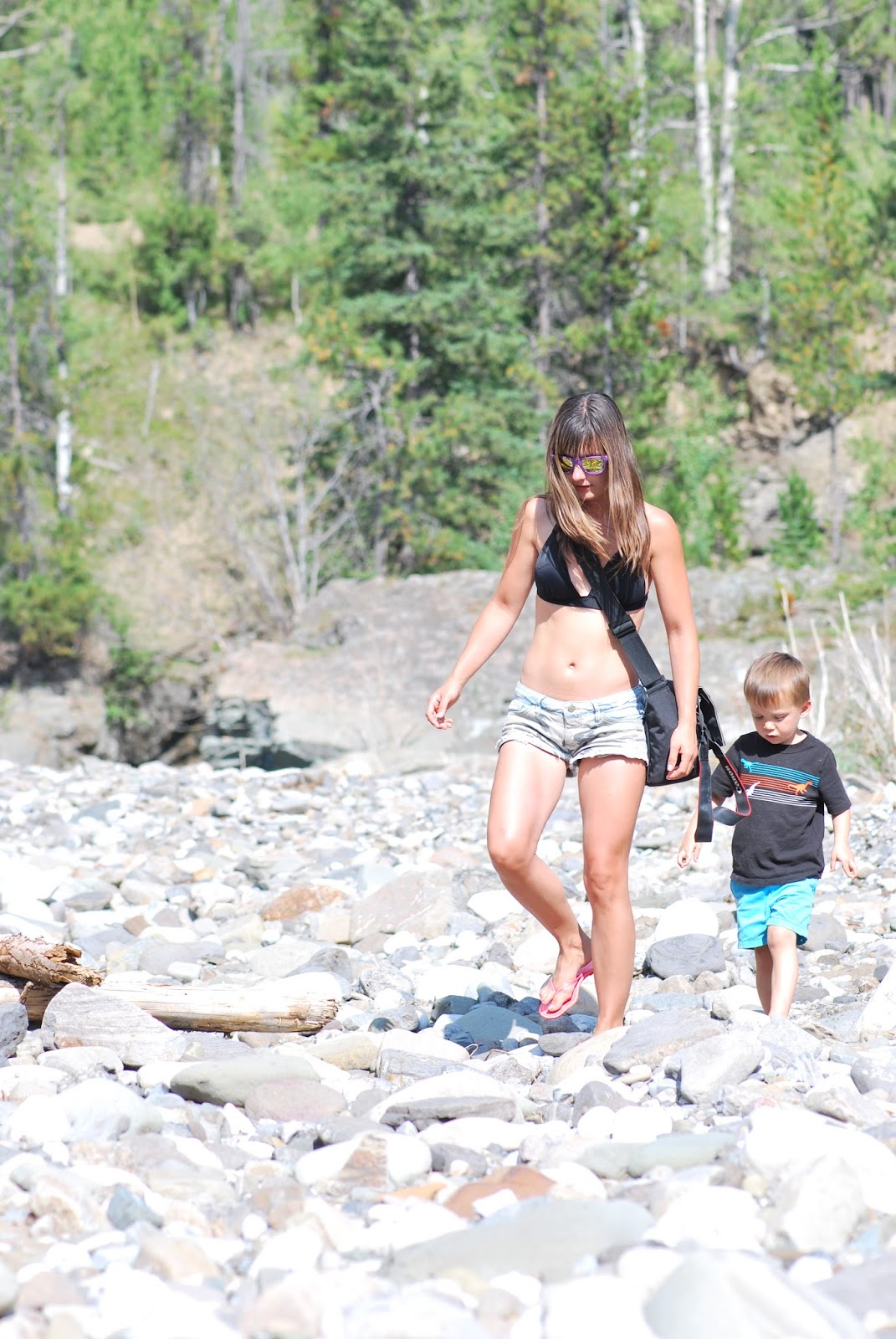 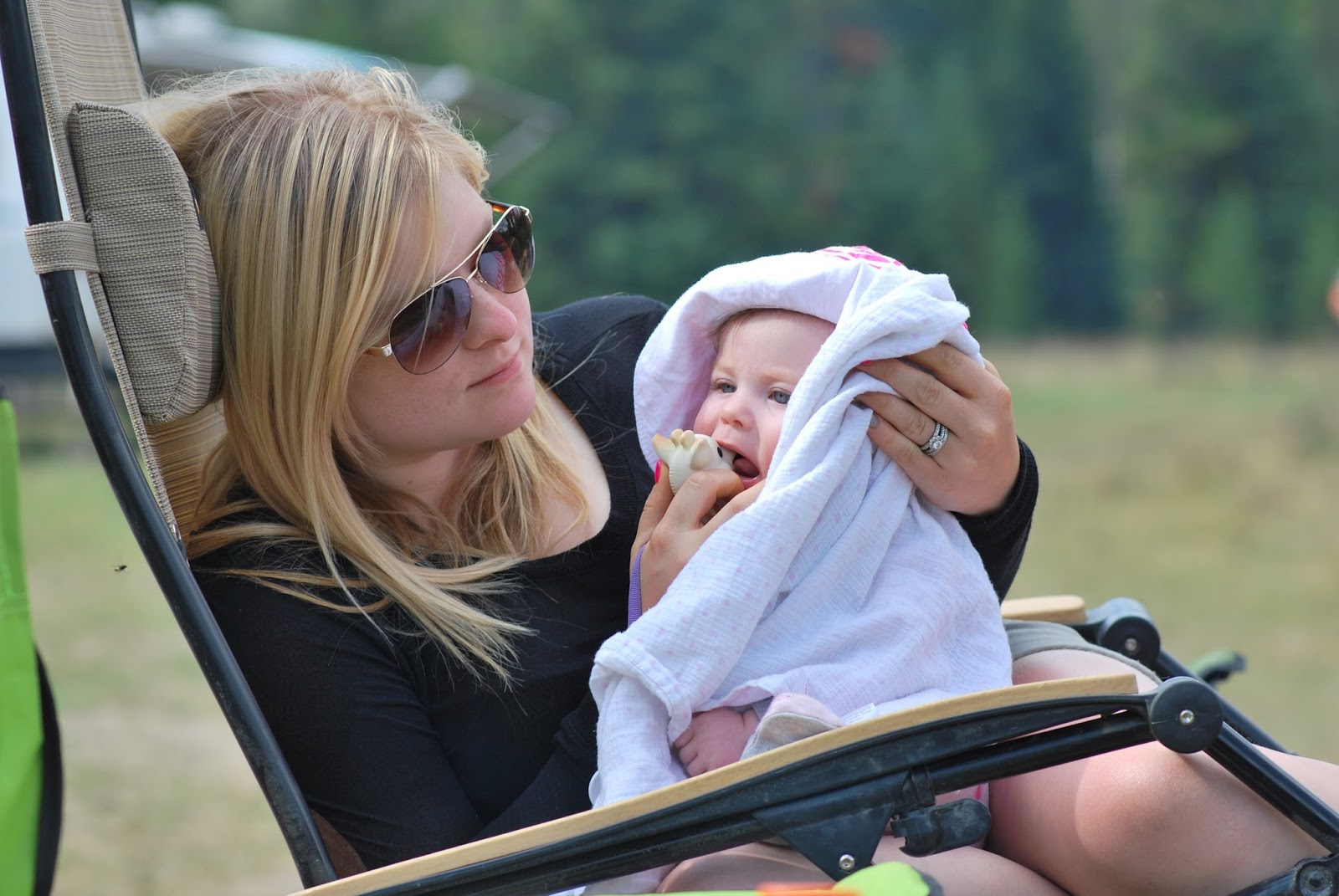 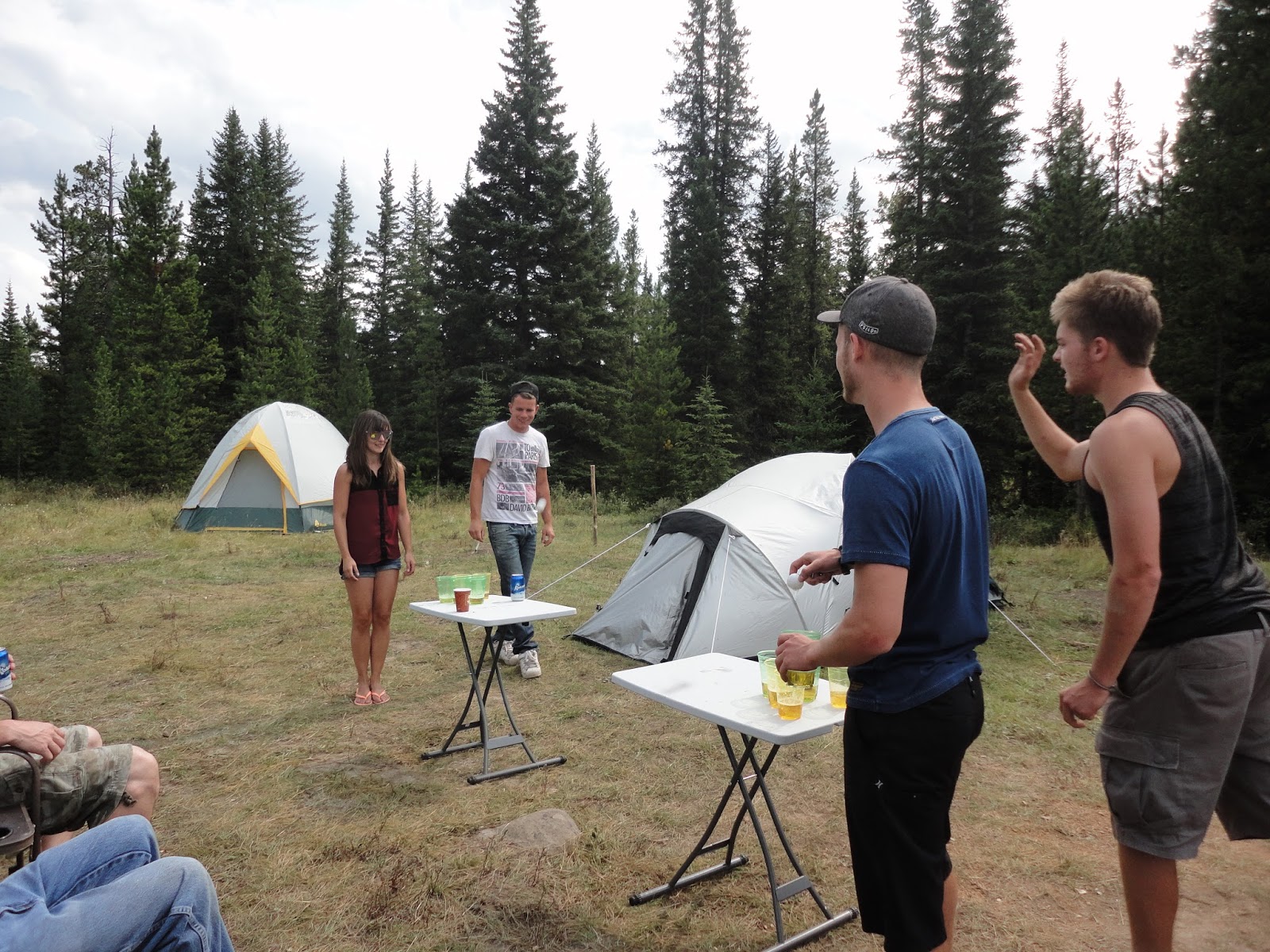 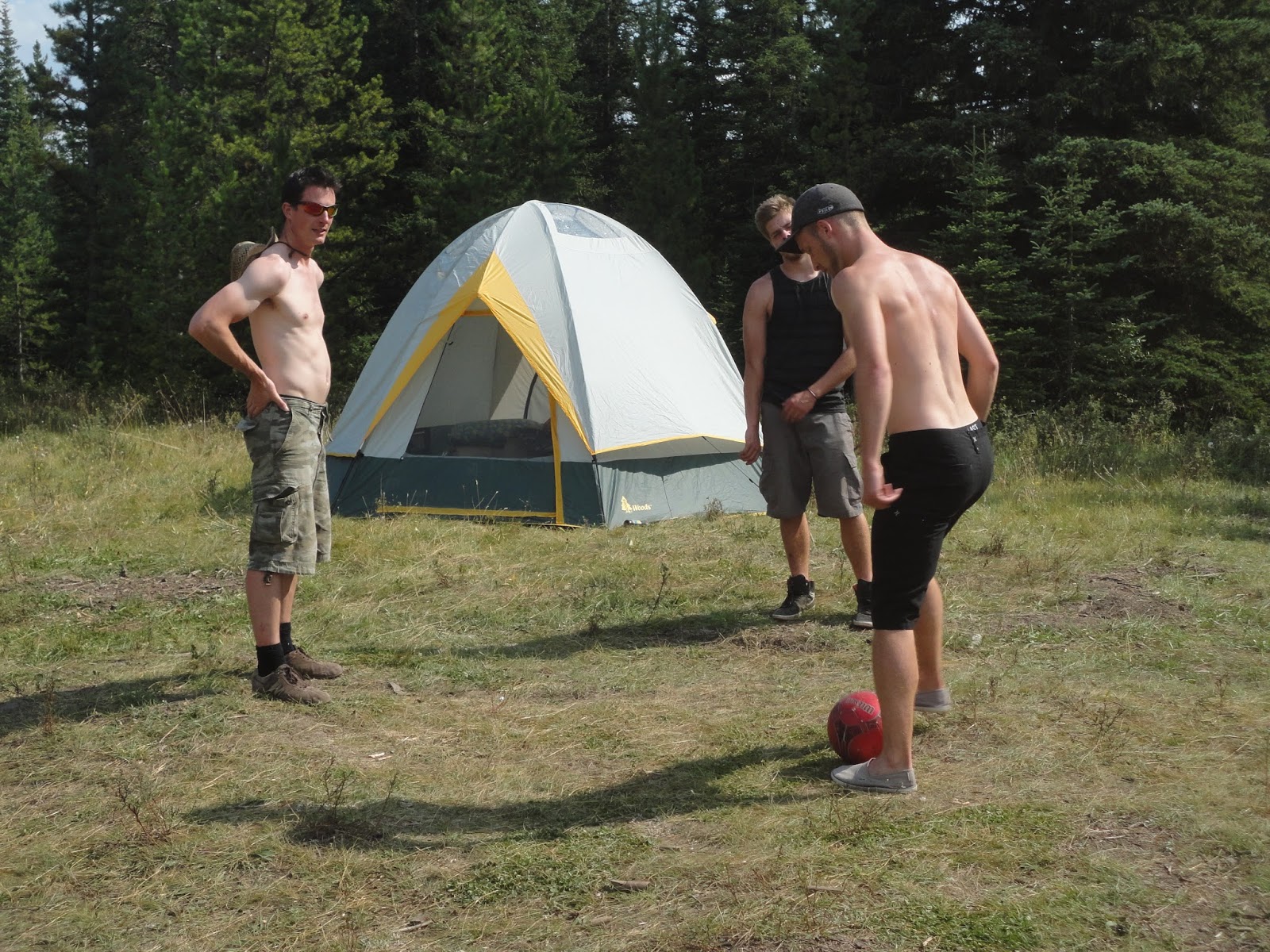 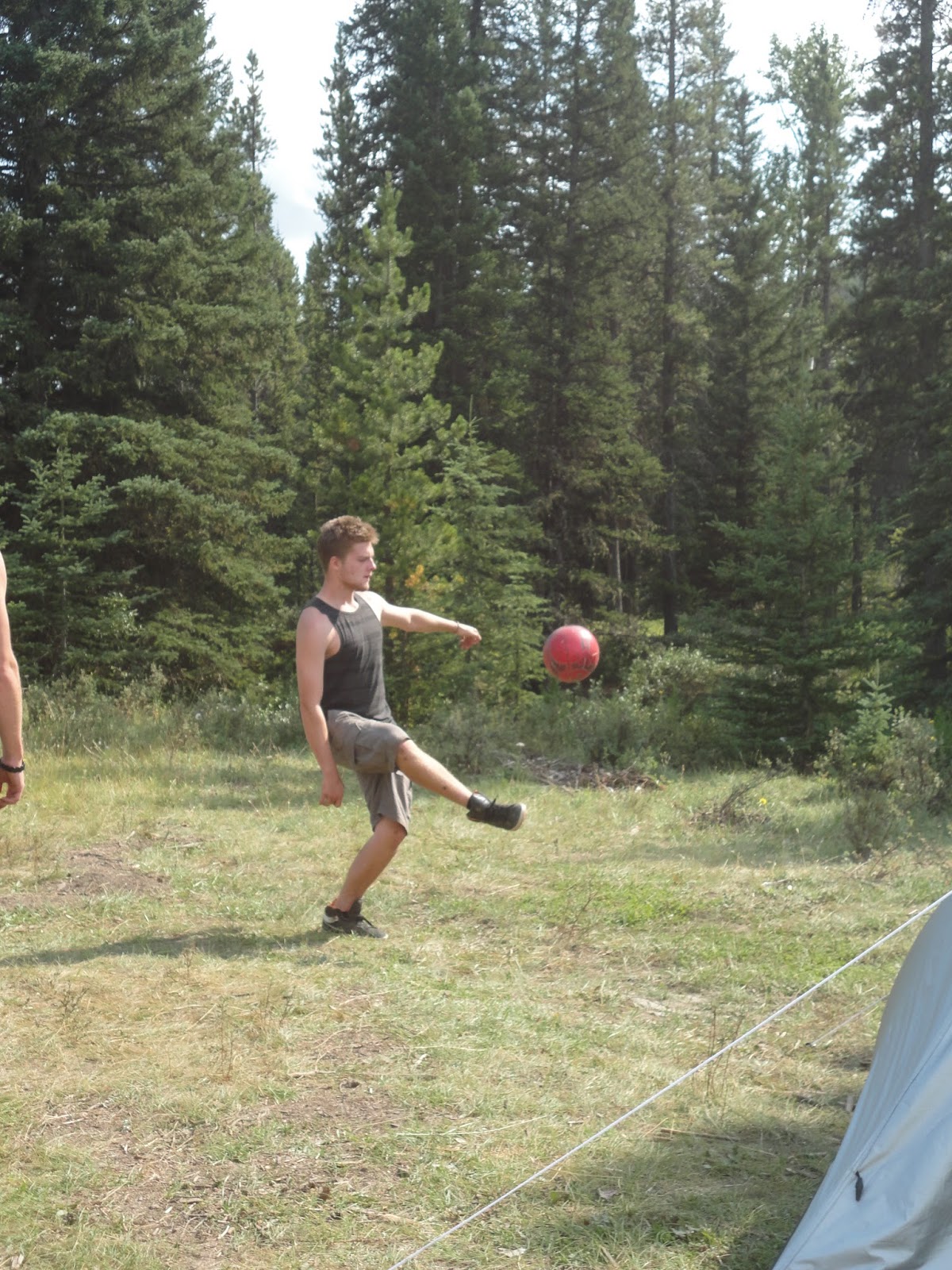 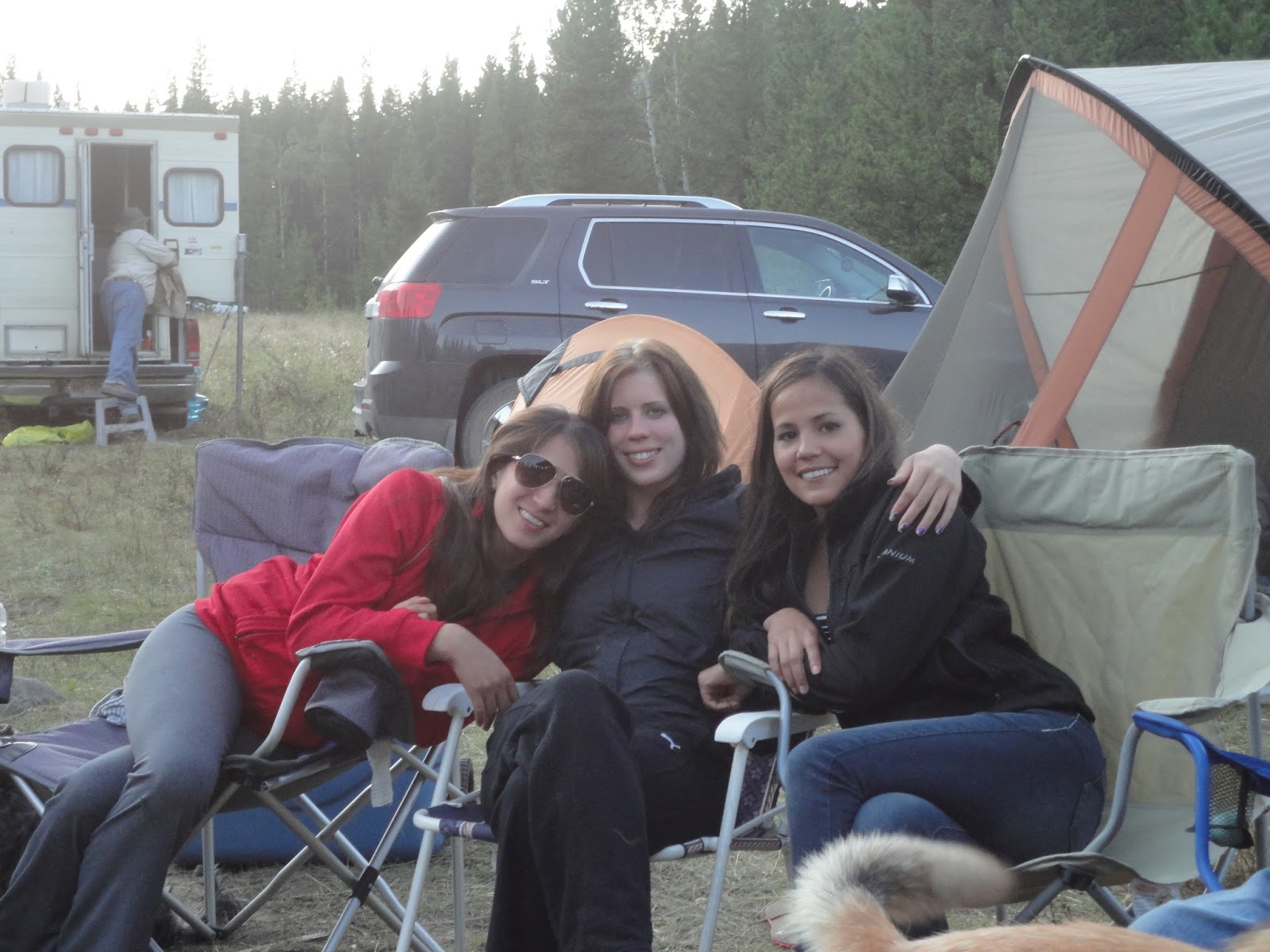 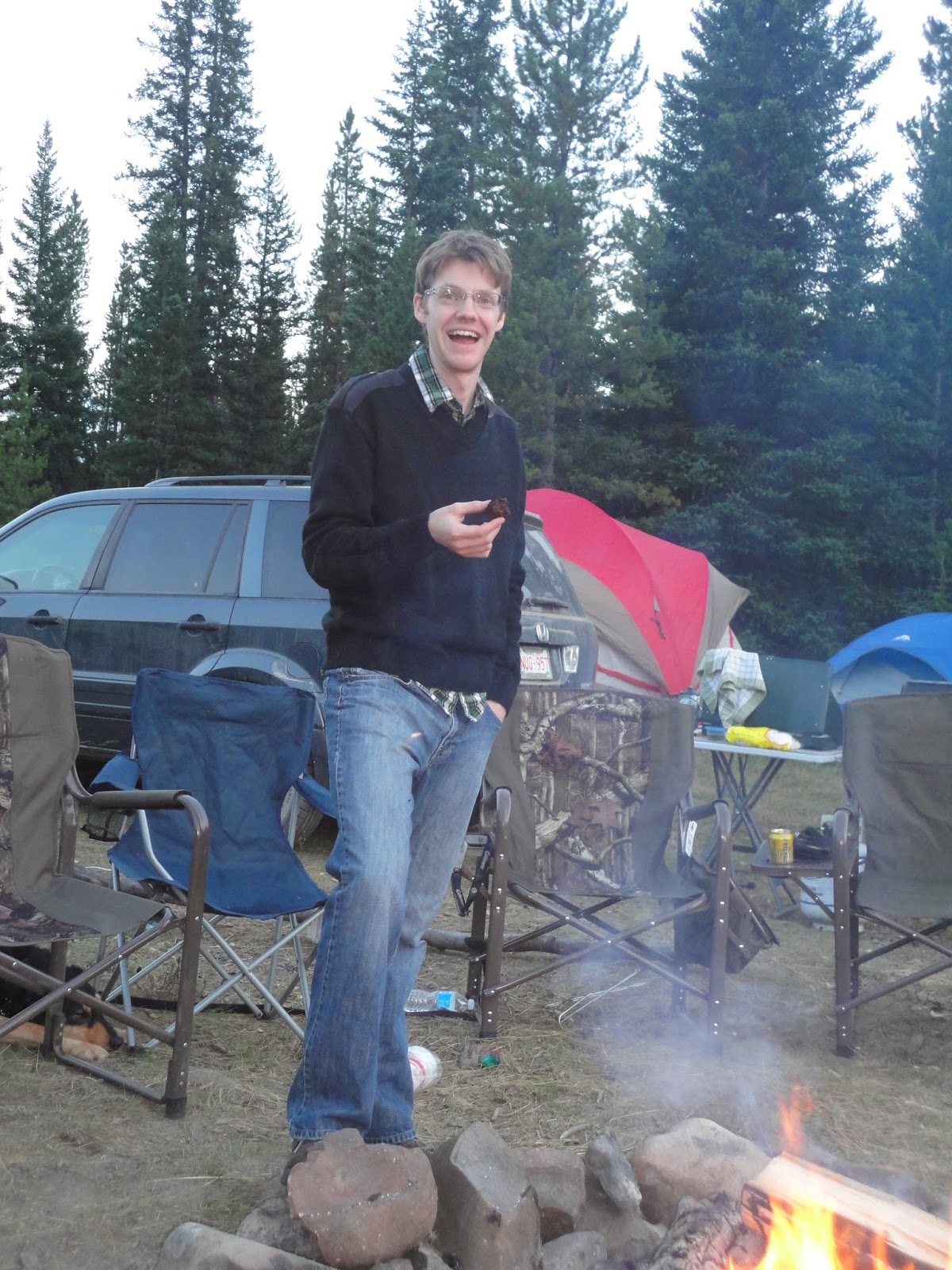 Nick "smiling" for the camera 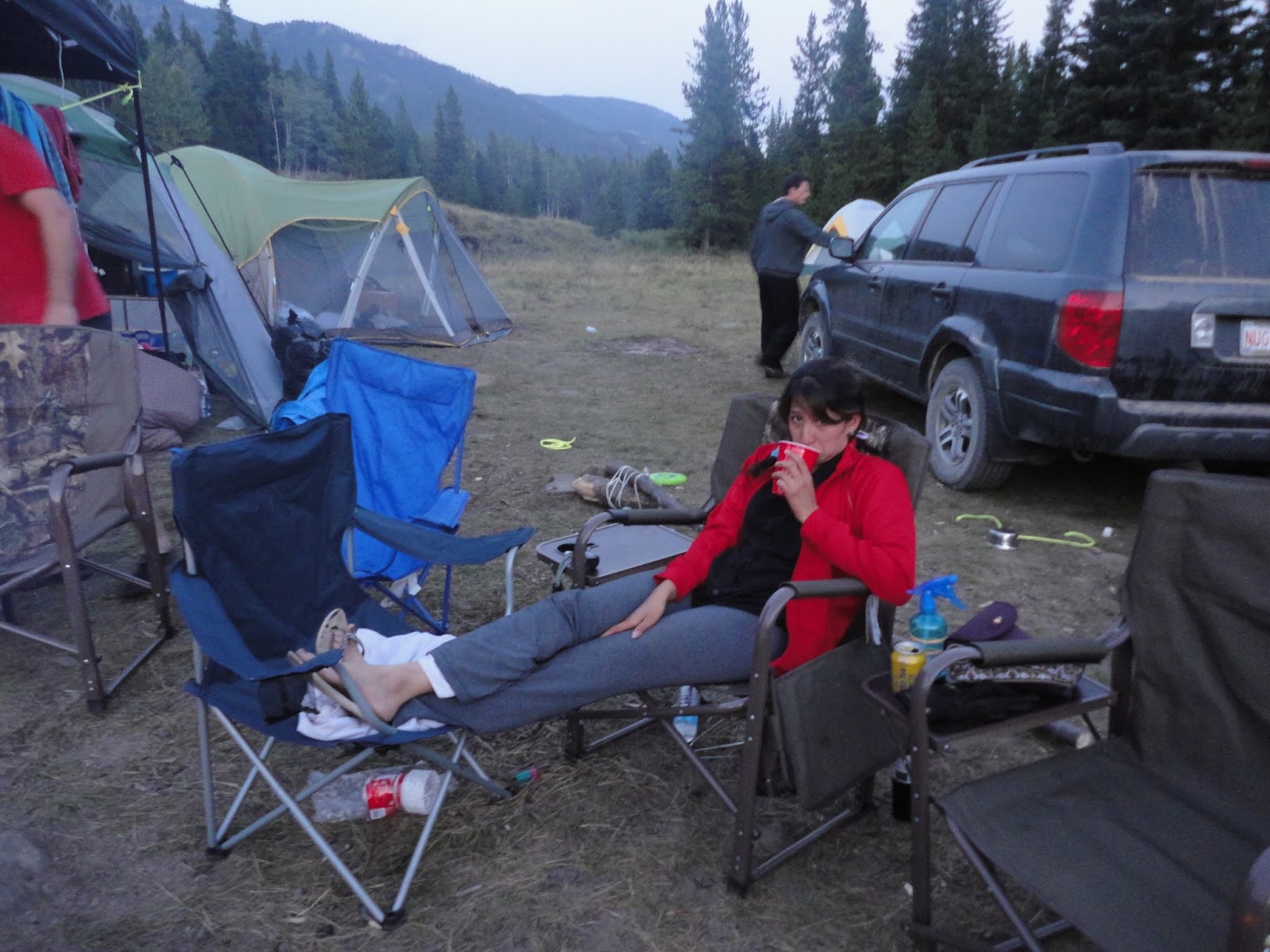 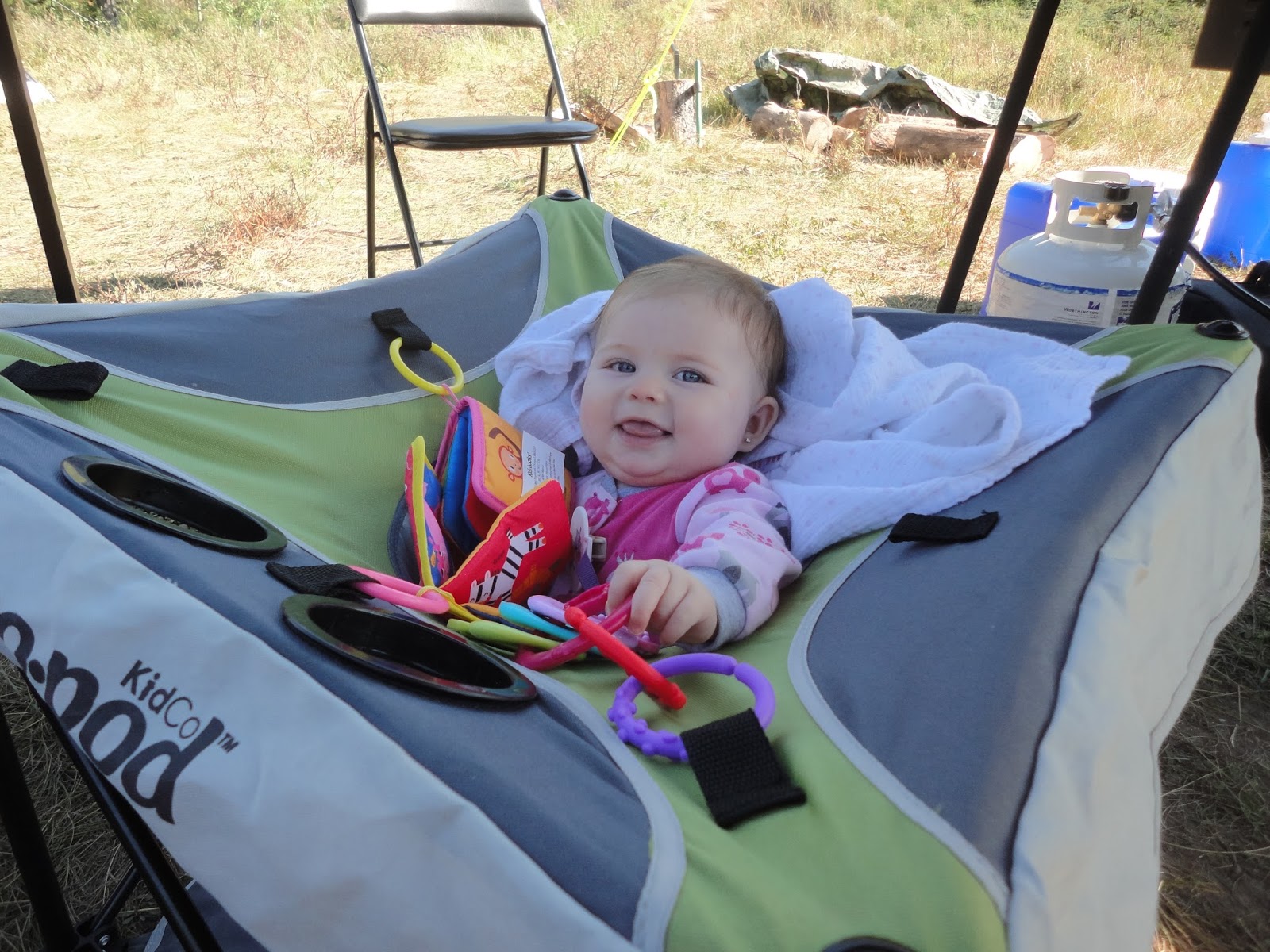 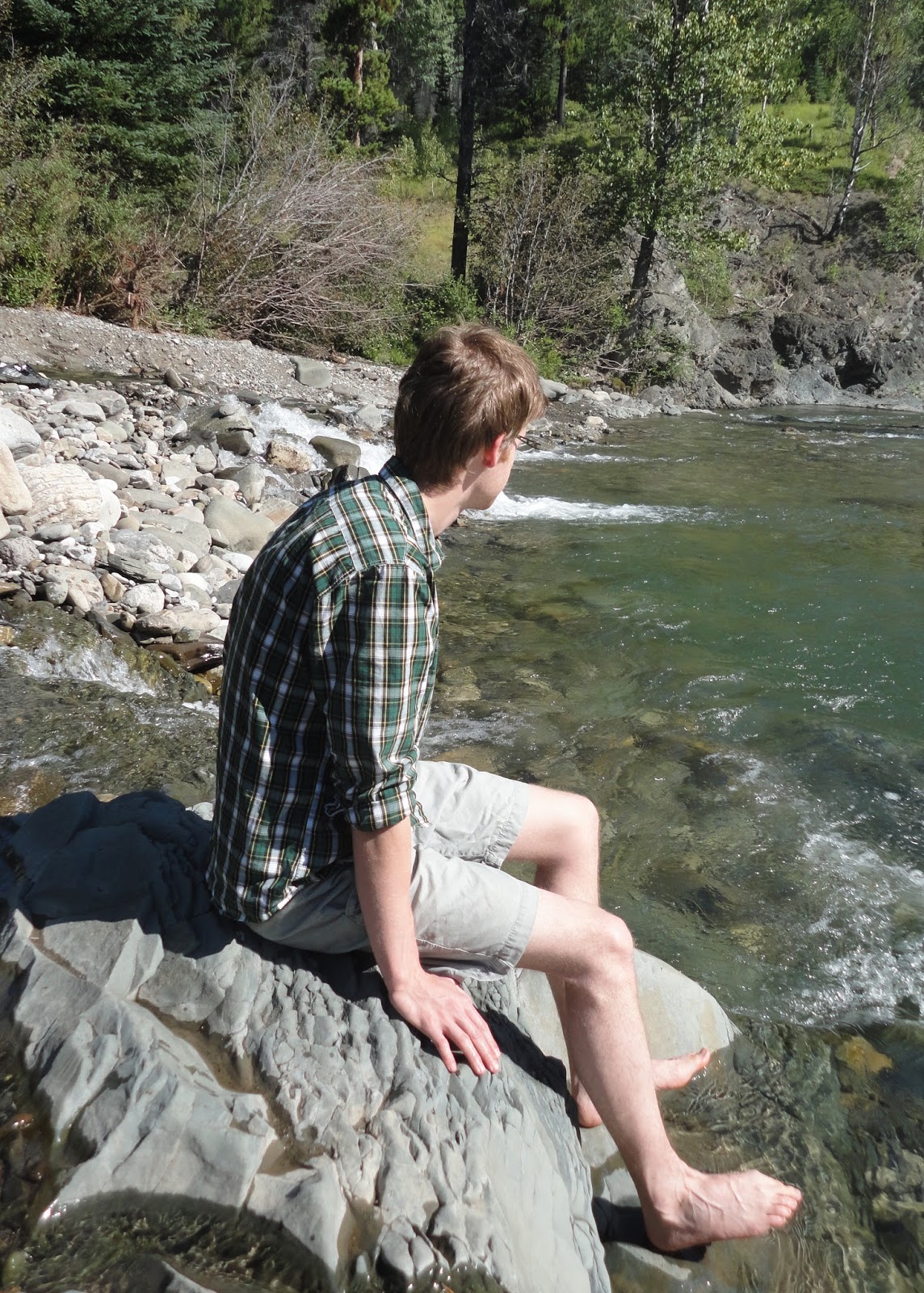 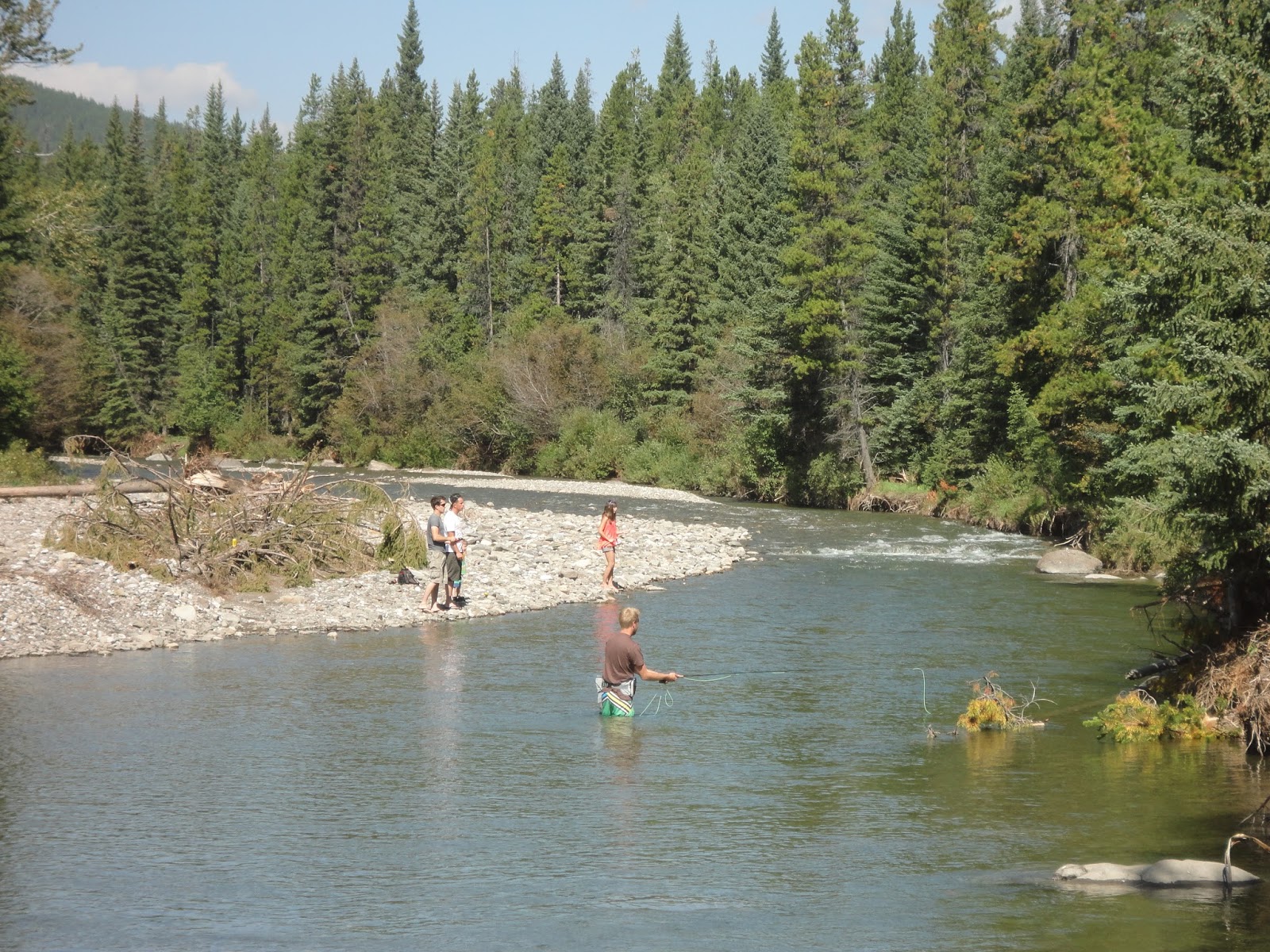 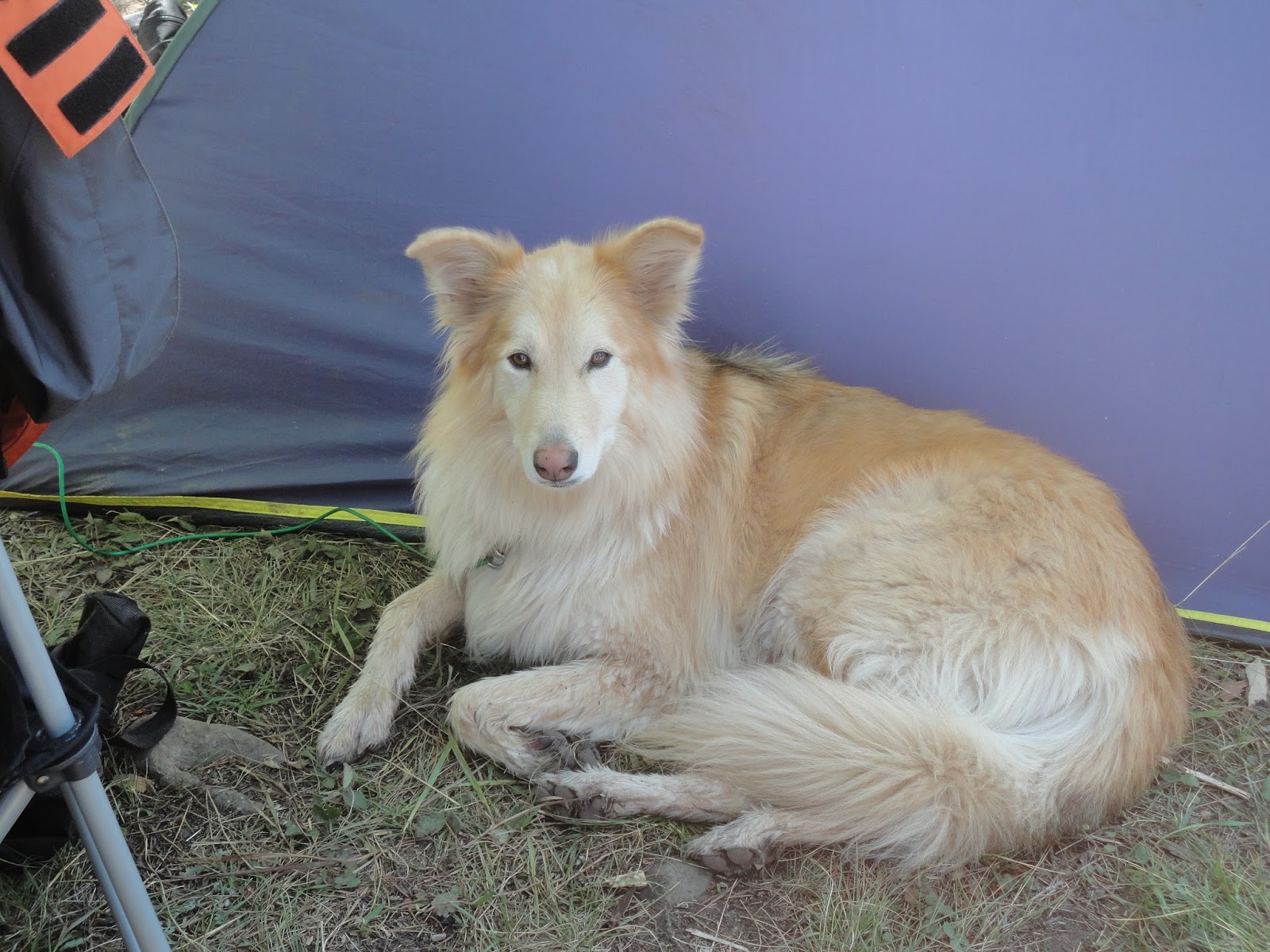 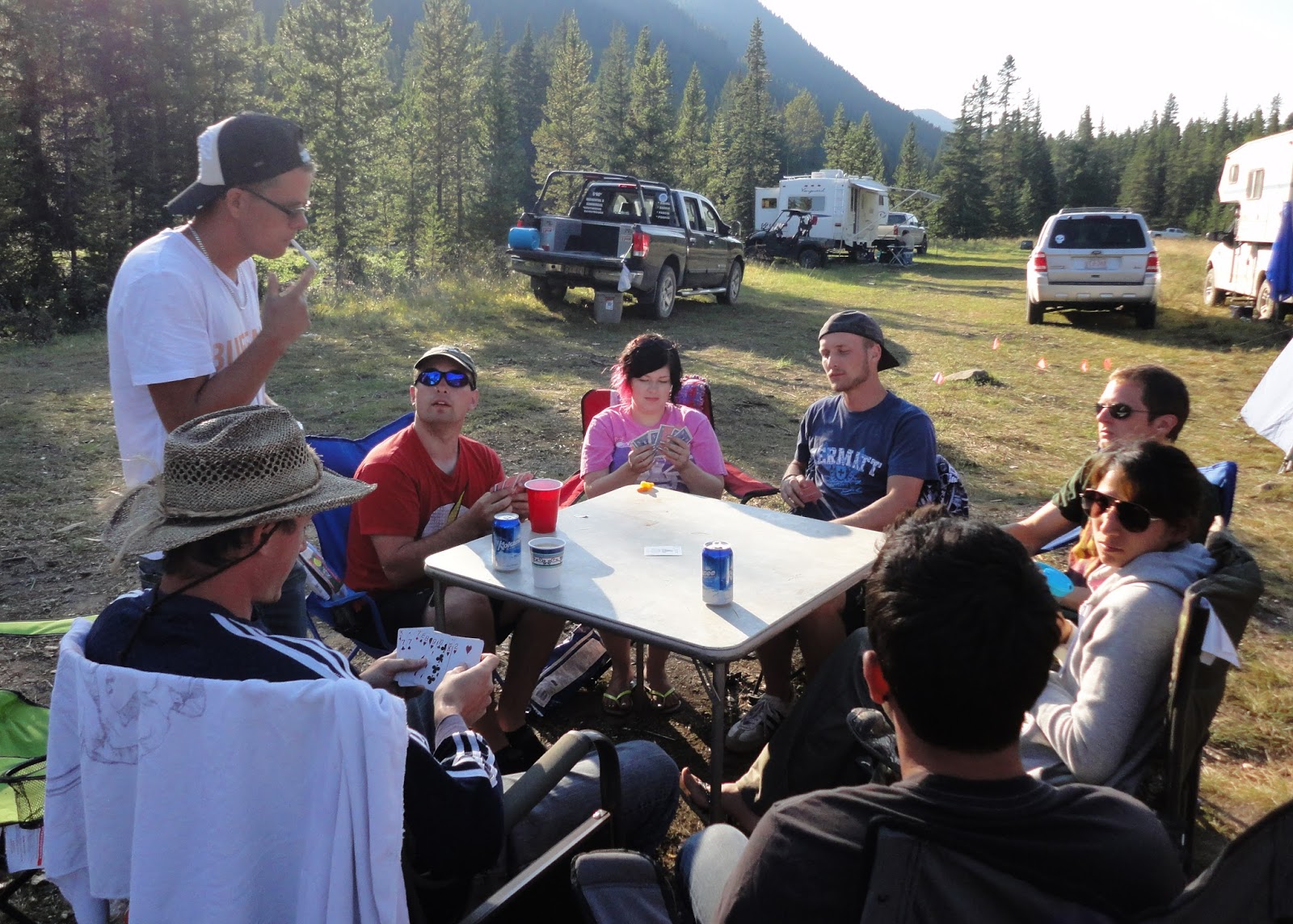 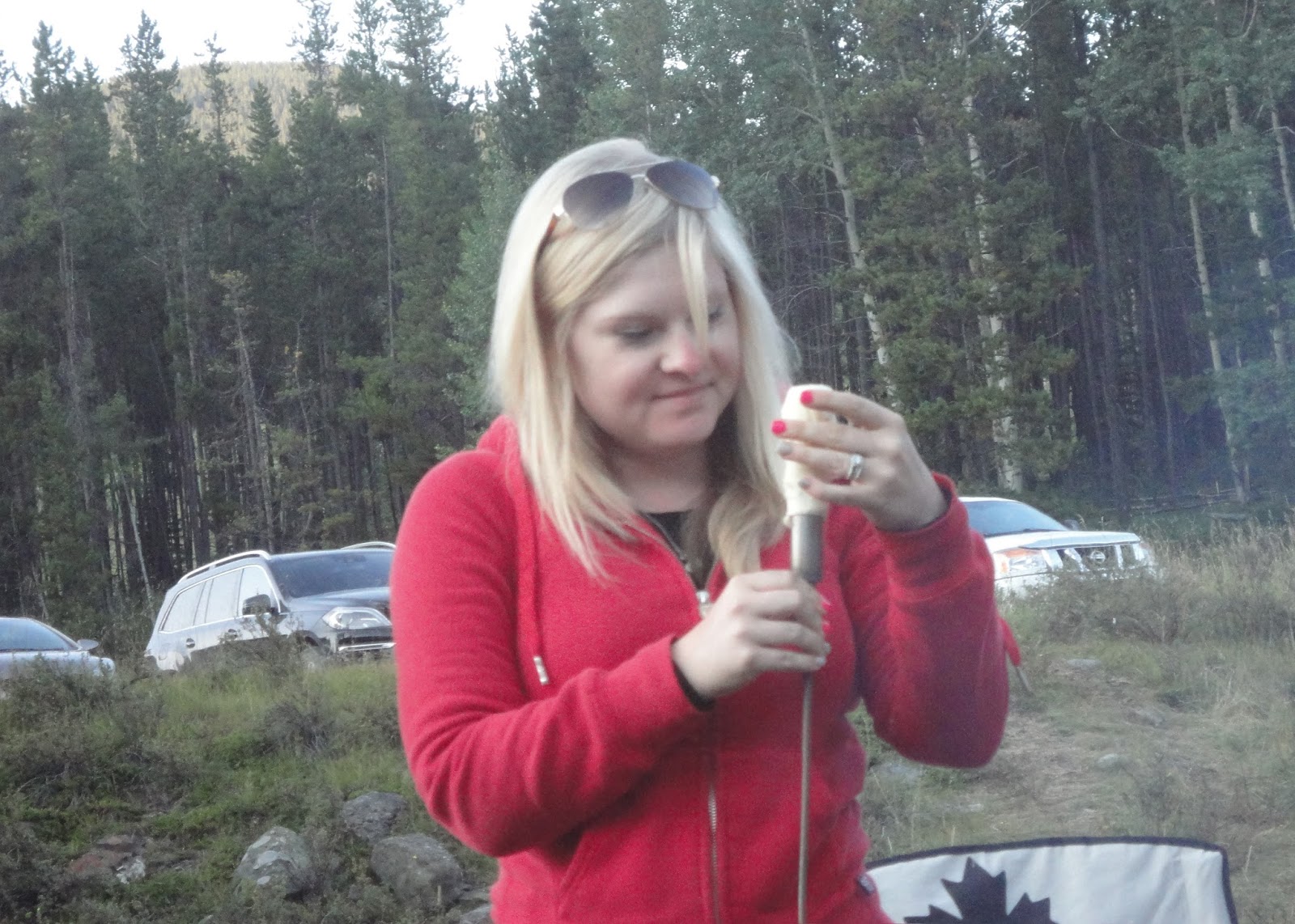 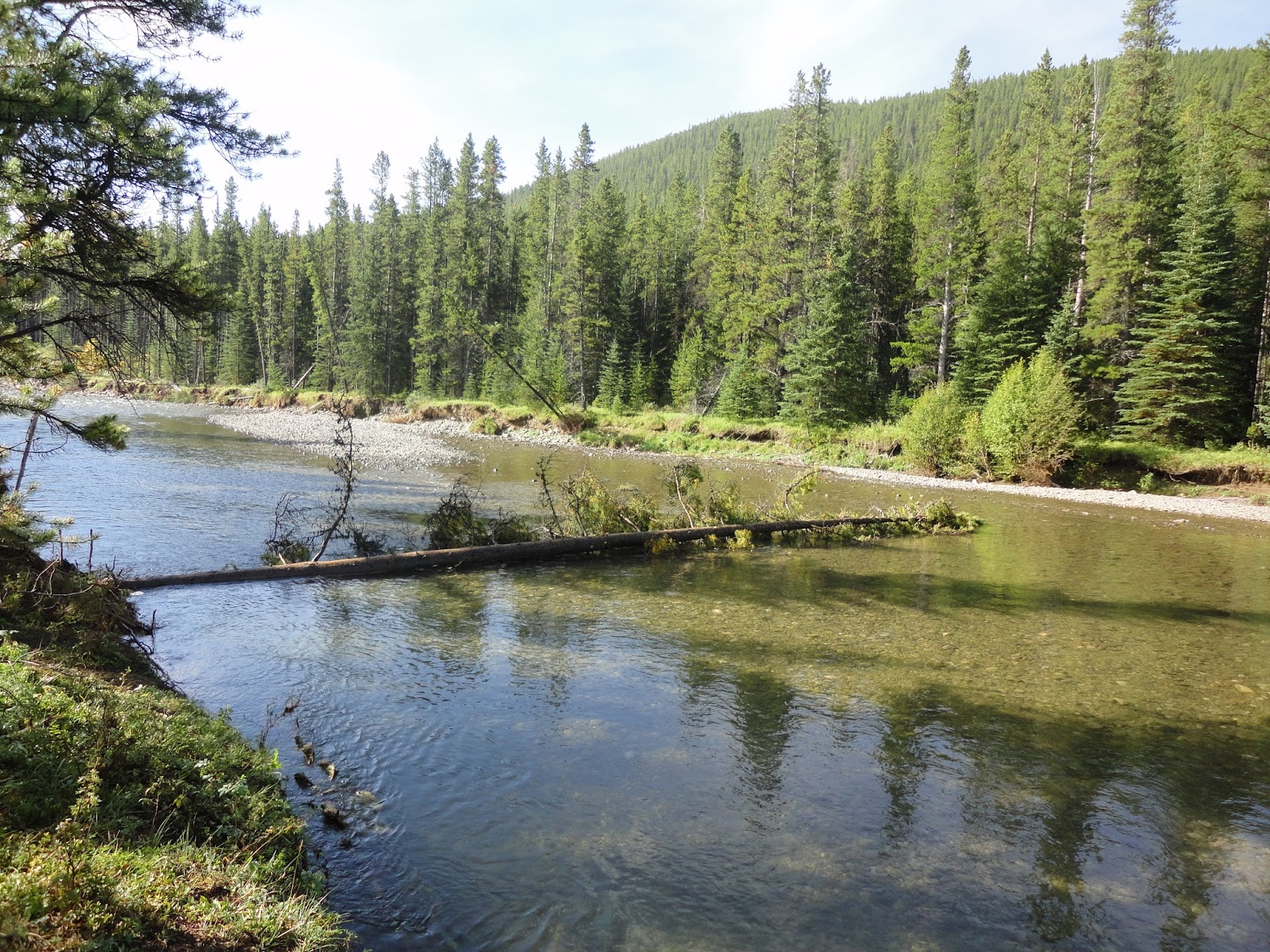 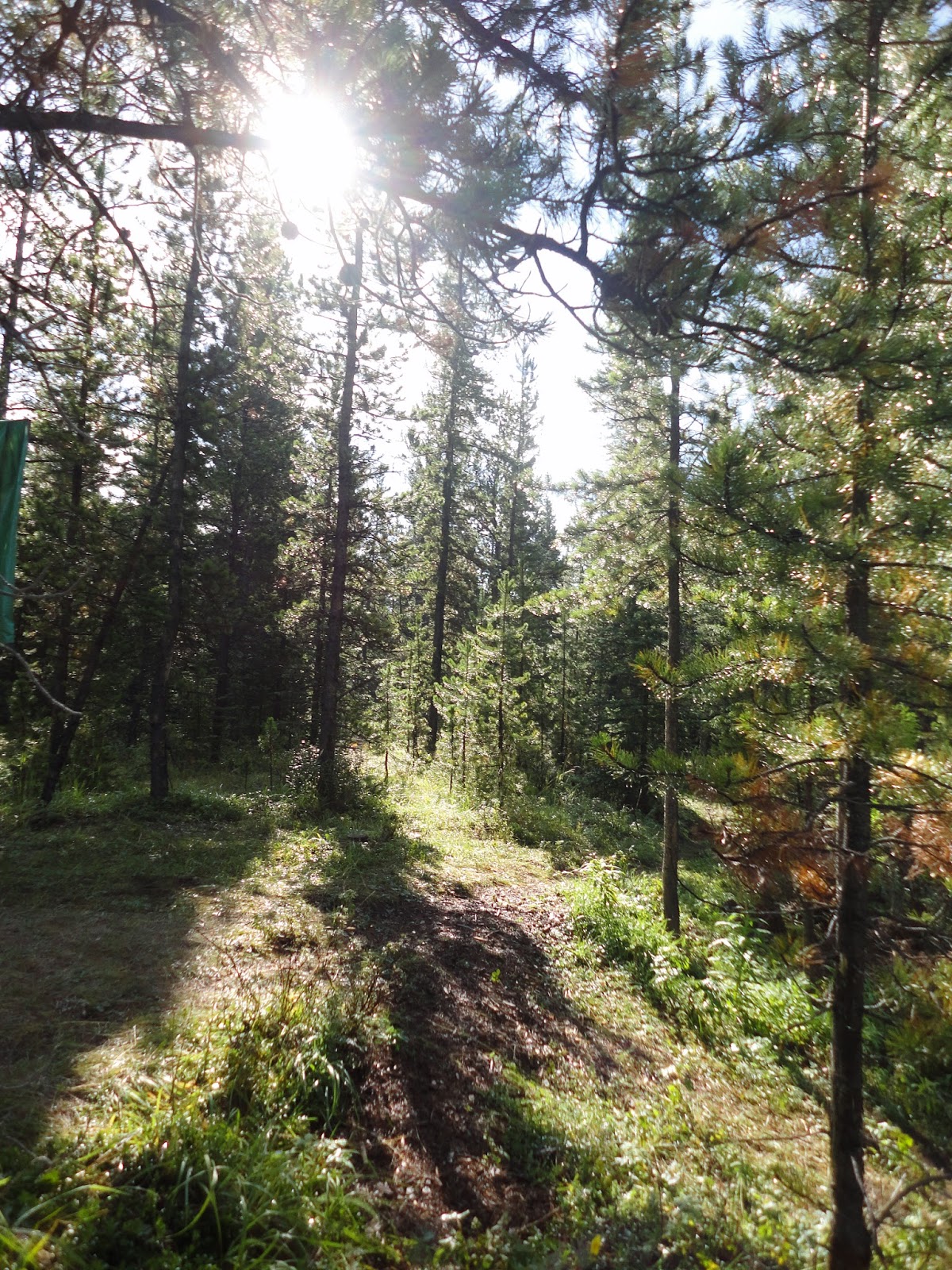 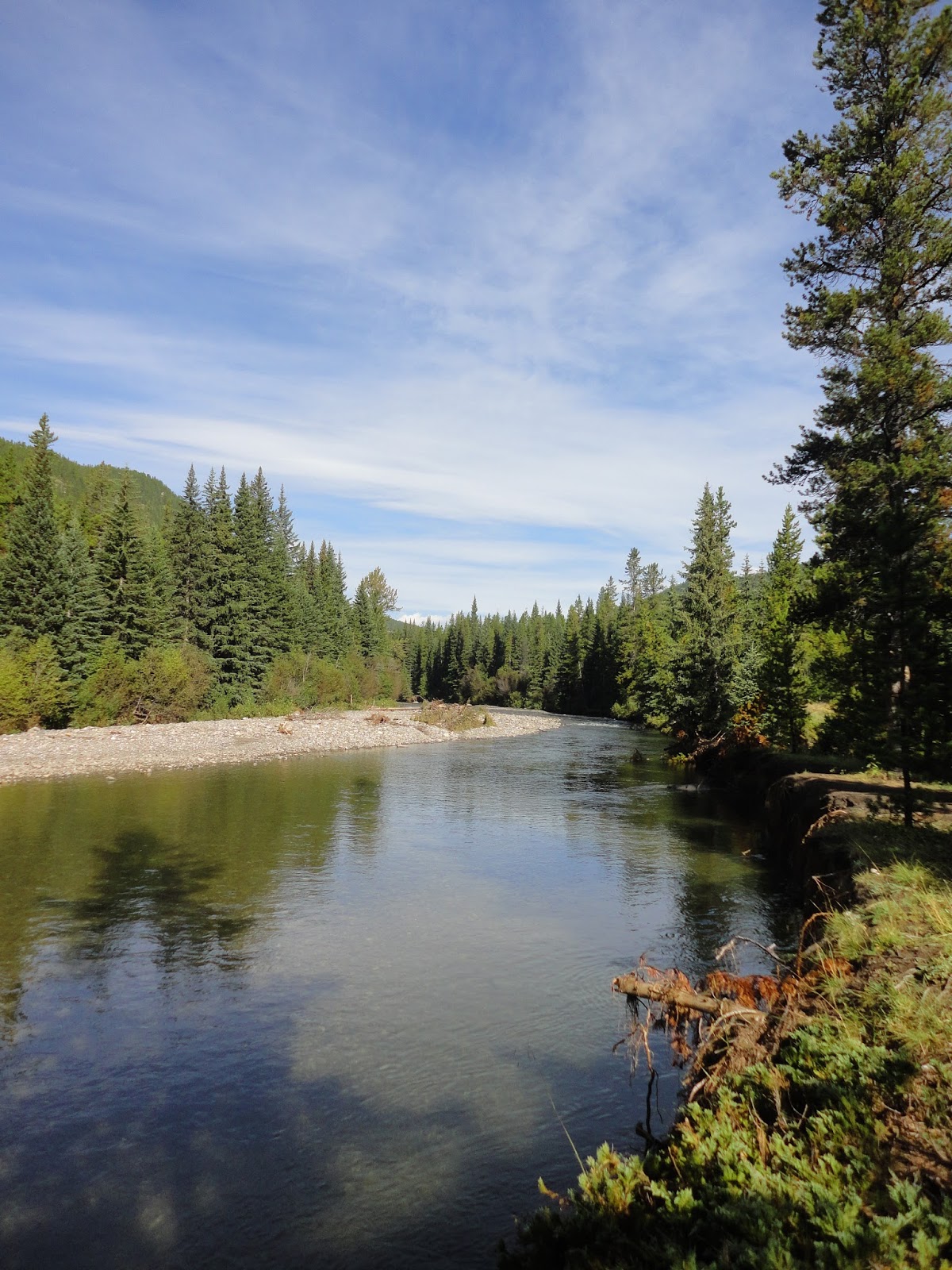 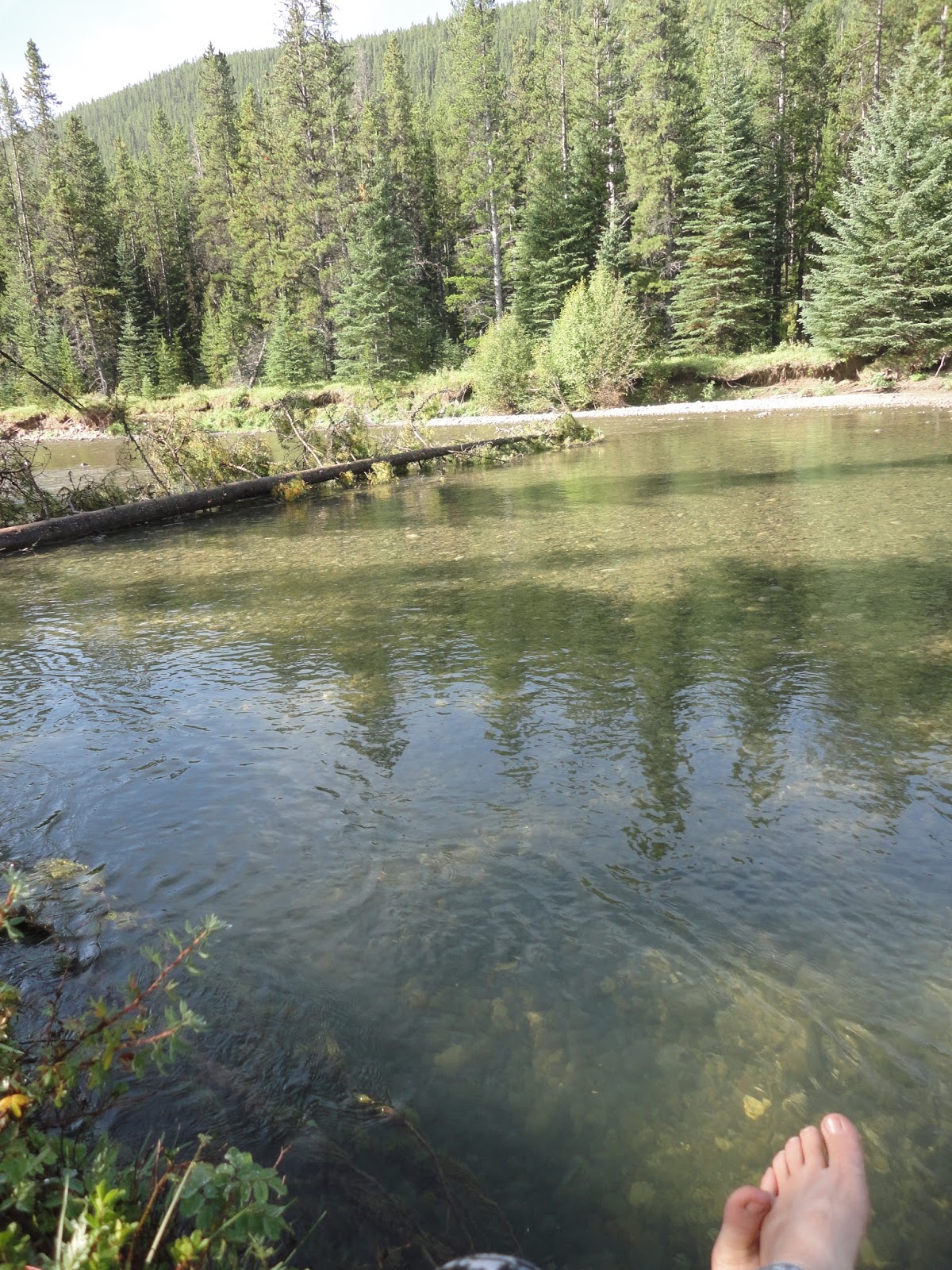 So I picked a weekend, created the event and began inviting and telling people to make room in their calendars for a camping trip near the end of August.
My one fear in picking the date was Nick’s school schedule (or lack thereof). I planned this camping trip back in the spring, and when it came to Nick’s class and practicum dates, his school would only release them when necessary (so basically just before a class or practicum would start). I just came to terms that if Nick had practicum that weekend he wouldn’t be able to come, and I would just deal with it and understand the sacrifice. In the end, the weekend in August that I happened to pick was the ONE weekend in August that he didn’t have practicum. Talk about good luck!

Carus’s mom Denise created “Carus” signs (which was the reason we named our little campsite “Carus Town”) and he set them up to help guide the group to the campsite. The original directions weren’t the easiest to follow and a few people got lost, so after coming up with better directions they drove to where they had cell reception (as there was NO reception where we were camping) and sent out much better directions Thursday evening.

What shocked me the most was the fact that 25 people ended up coming - and that was after a few no-shows. I was seriously thinking we were only going to have about 12 – 15 people come. I guess as more and more people decided to come, those who weren’t sure, decided to come after all.

We left Friday (August 23rd) morning right after Nick got home from practicum. Some of the group went earlier on Wednesday and Thursday, but Nick refused to take off any time from practicum. It was fine, and the great thing about camping is that people could show up and leave whenever they want too. The bulk of the group was there between Friday night and Saturday anyways.

Nick and I didn’t have a tent, and at first I was just planning on borrowing one from my parents, but we decided that since this wasn’t going to be our only camping trip we might as well invest in one. For food I suggestion people to bring pre-made tin foil meals. Nick and I went through Pinterest and selected the meals we would like to try. I went out and bought all the ingredients and other food we would need to bring camping. We had baked potatoes, parmesan and ranch chicken and veggies the first night. On Saturday morning I made the “Lumberjack Breakfast” which consisted of hash browns, peppers, sausages, eggs and cheese. For the final supper I did a classic salmon with asparagus. We were also bringing my brother Austin, so I had to make 3 of every meal. For lunch I stuck to good ol’ hotdogs! On the final morning I was planning on just having cereal, but I ended up forgetting the milk so we did a big combined group breakfast where everyone donated what leftover food they had and Kim (Andrew’s dad), Crystal and Bianca made an assortment of dishes.

Overall it was a great weekend filled with lots of relaxation – which is what I wanted the most. We hung out by the gorgeous river that ran behind the campsite, played card games and horseshoe, and did some gun shooting. The group that went earlier had a little fun with bubbles and fly fishing was the activity of the weekend. My sister and I introduced the group to our family’s campfire jelly and whip cream filled croissants (I know Claire was a major fan and spent the night perfecting her art).
Even though I was glad to get home on Sunday, I am already planning next year’s trip! Thank you to everyone who came and added to the fun, and a huge thank you to the “Grown Ups” (Carus’s parents and Andrew’s dad) who brought their expertise and fancy gear! I had a lot of help in the organising of this trip including help from Carus, Crystal, Bianca, Ashley and Sean.
Written by Kierra Irvine
Email ThisBlogThis!Share to TwitterShare to FacebookShare to Pinterest