I’m finally getting around to blogging about our “Babymoon in Cancun”, and get a few pictures up of our wonderful week filled of sun, sand and food! Ever since I heard the term Babymoon, I knew that one day when I was pregnant – I was going to do one! Nick hates the term, and really didn’t want to spend the money (but when does he ever?), but sometimes I don’t give him a choice – haha. The main reason I wanted to go was to reward ourselves for the all the hard work Nick and I did in 2013, and felt it was both necessary and needed. Nick worked his butt off last year with being a fulltime student, working insane hours and fulfilling other responsibilities. I also worked fulltime not taking many days off, and had a very busy social calendar. Recently however, it became clear that we needed to get away for other reasons too. With our baby’s diagnosis, our 2014 became just that more busy. Babies in general turn your life upside down, but Nick and I are in for quite the journey this year and who knows how long it will be before we will be able to relax again. We will be spending a full 6 weeks in a hospital when our little girl arrives this spring, and I’m anticipating medical appointment after medical appointment after she is discharged for months to come. So it became very clear that this trip was needed, now more than ever.

I decided to book our trip at the beginning of January because I knew I would have a hard time getting days off around Christmas. I also would be around the 24 week mark in my pregnancy, which I thought would be perfect because I wouldn’t be in that nauseas first trimester and my stomach wouldn’t be a gigantic third trimester bump. Also – what a great way to kick off the New Year!

The flight there and back wasn’t particularly fun, and Nick has threatened/refused to fly with me again! With the combination of flying, being pregnant, an extra sensitive stomach, healing tailbone and Percocets, I did not make for an easy passenger. Nick had to have barf bags ready to go, because I was throwing up all the way there, and all the way back. Once we got to Mexico I was fine (keep in mind that I only had to take the painkillers for the flying part of our trip, and haven’t had to take any since we’ve been back either), and was able to eat and enjoy the rest of our trip.
The first day we got there it was raining, but it was the late afternoon, so we just checked in, ate, relaxed in our room and went to bed. The rest of our trip however, we couldn’t ask for better weather! One thing that I found a little funny was I thought it was taboo to ask a woman if she is pregnant, but from the Calgary airport, throughout our entire trip and back and I loads of people asking me when I was due and if we knew the gender. I’m taking this as a compliment as I guess there is no mistaking the fact that I am pregnant, and not fat – lol!

We only did one excursion while there, because frankly, excursions are not relaxing and that was the WHOLE point of this trip. We did a quick trip to Tulum to see the beautiful ruins on the beach. Though it was one of the quicker excursions, it was still a long and hot day for me.  We really didn’t prepare ourselves and wished we would have brought snacks, extra water and sunscreen! Oh well, it was still an amazing trip, and the views were spectacular. What I really wanted to do was swim with the dolphins, but I already knew before we went that that was going to be a no-go being pregnant and all. Next time...

Overall it was a great trip full of drinks, food, TWO massages for myself, loads of relaxing and some romantic time for Nick and I. Though it may be awhile until we can get away again – I’m already dreaming of our next big vacation. Cheers! 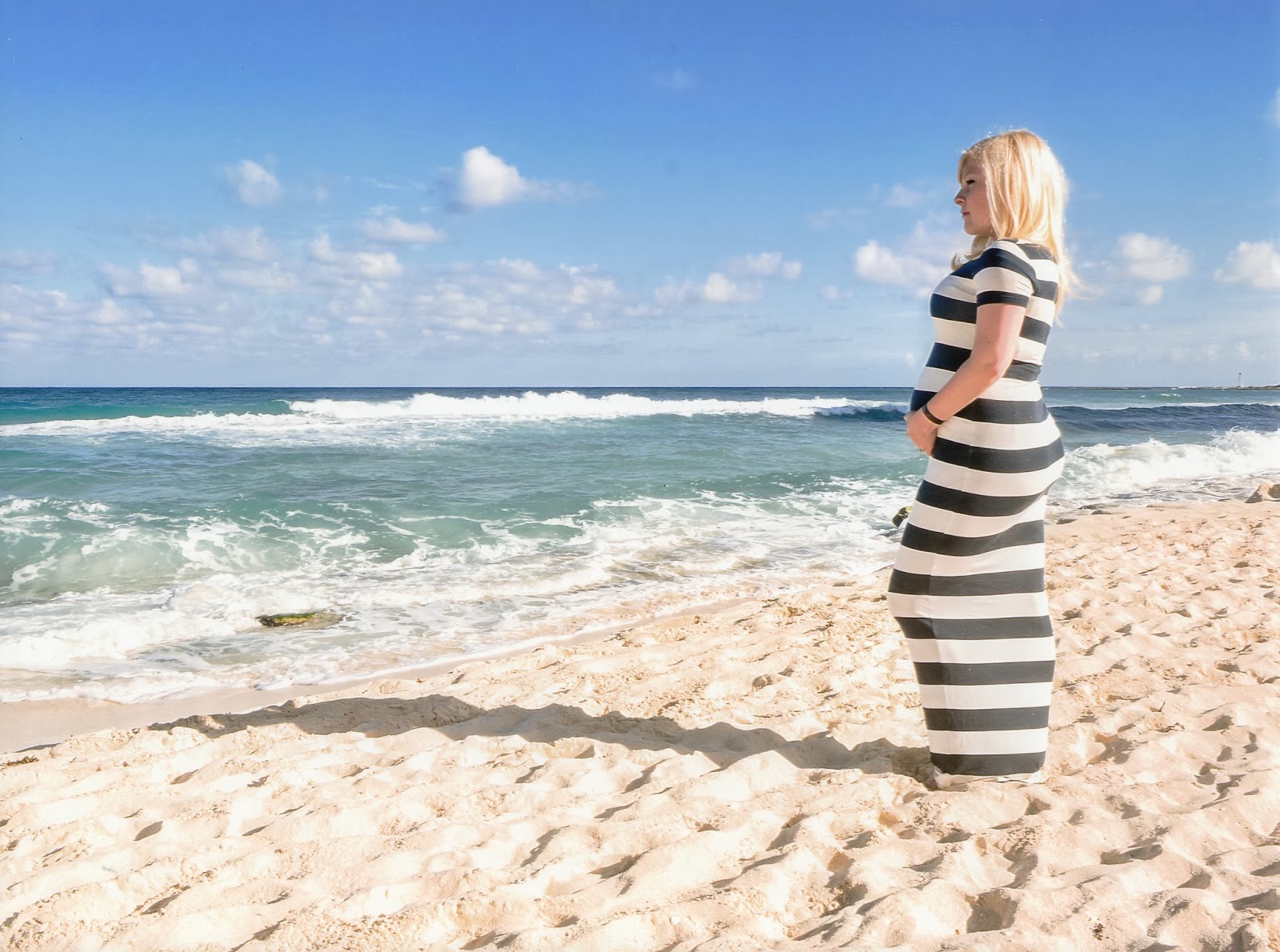 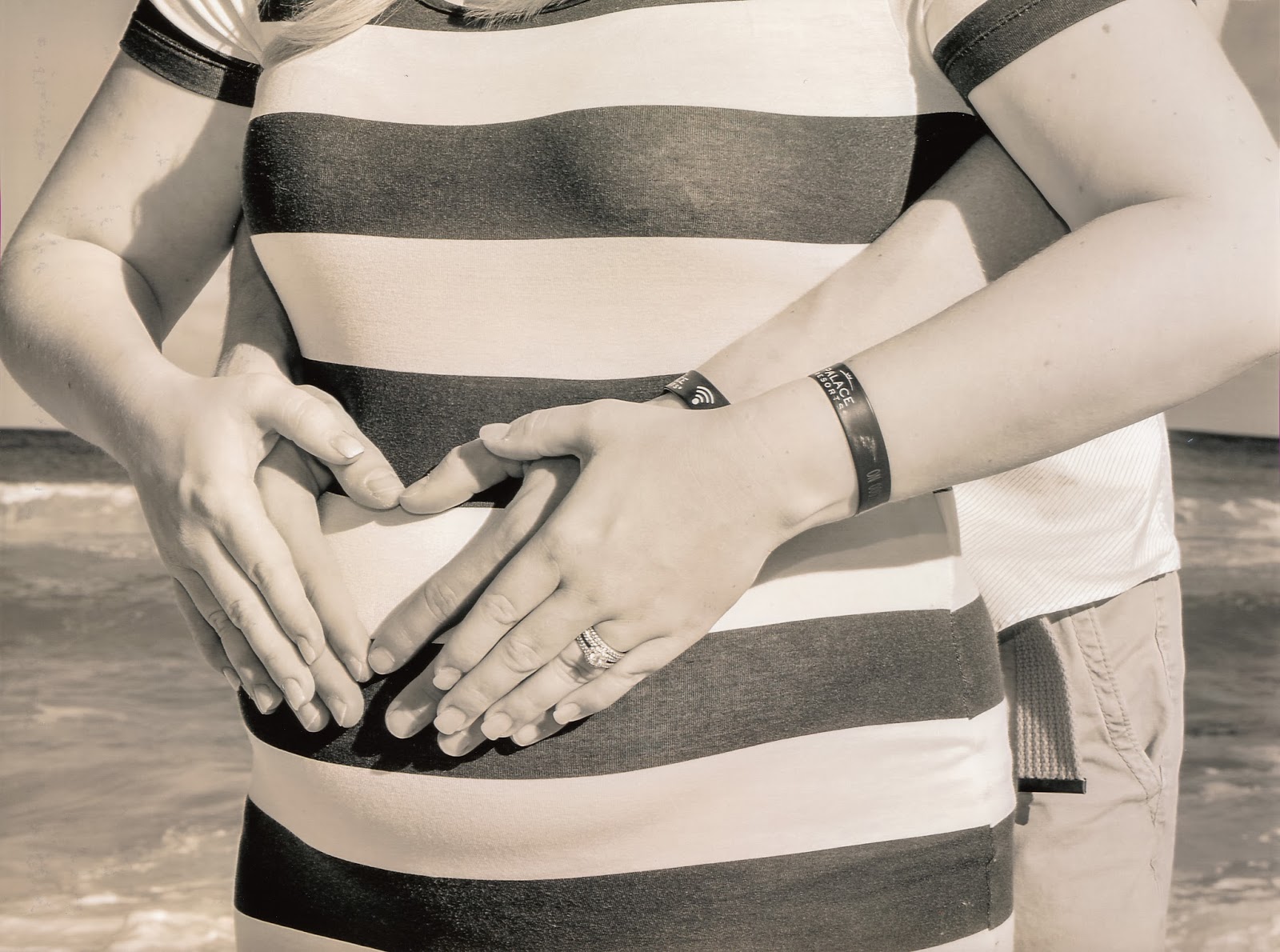 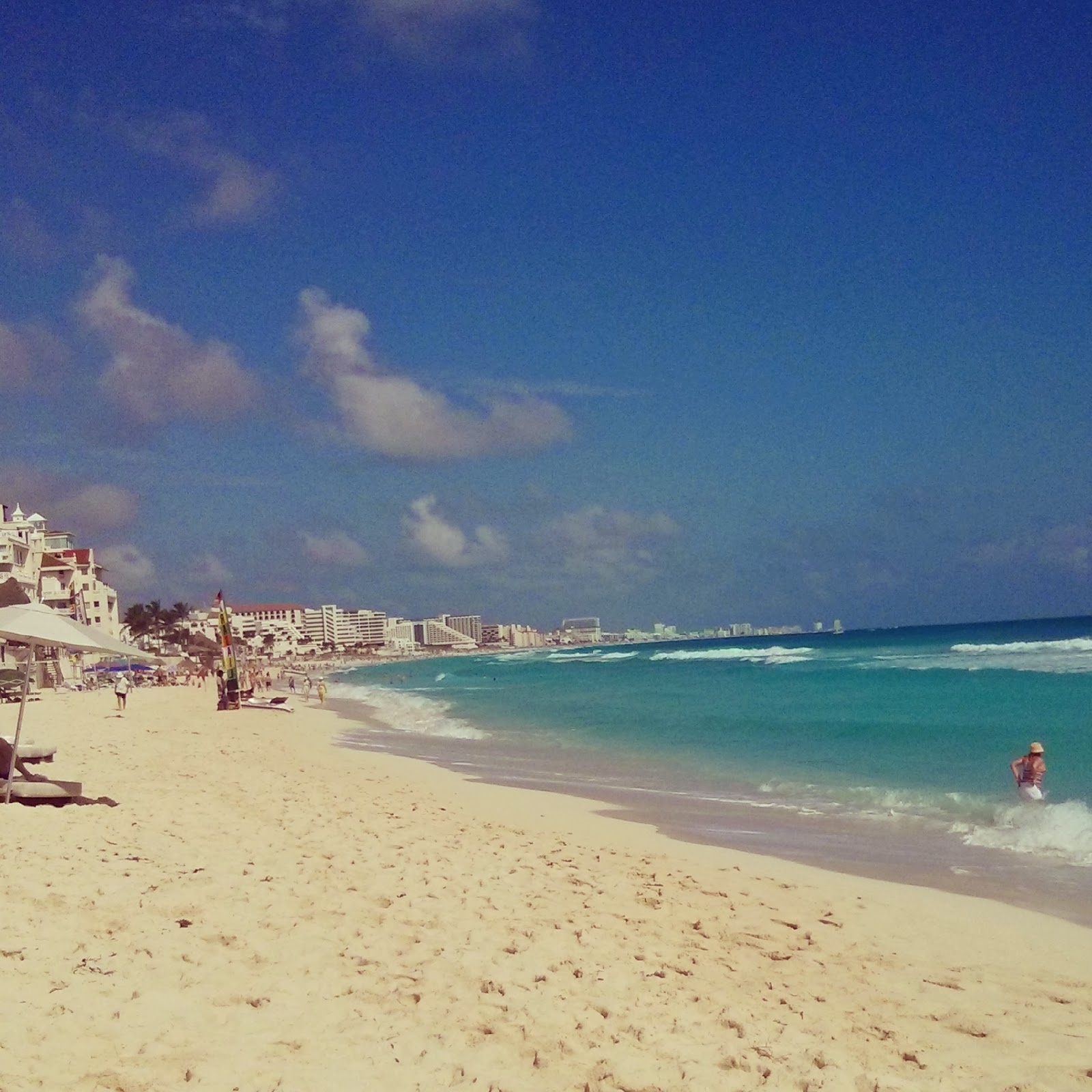 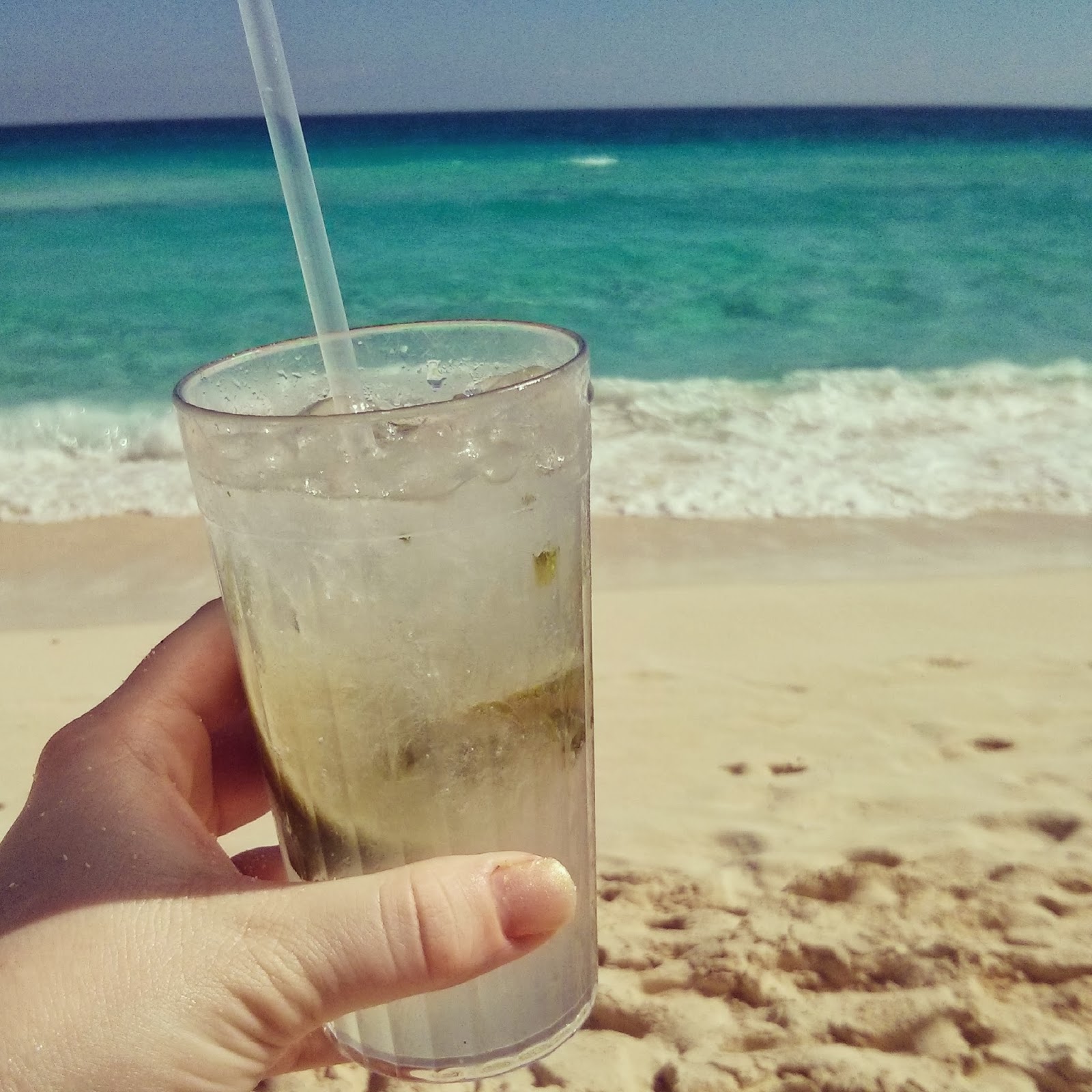 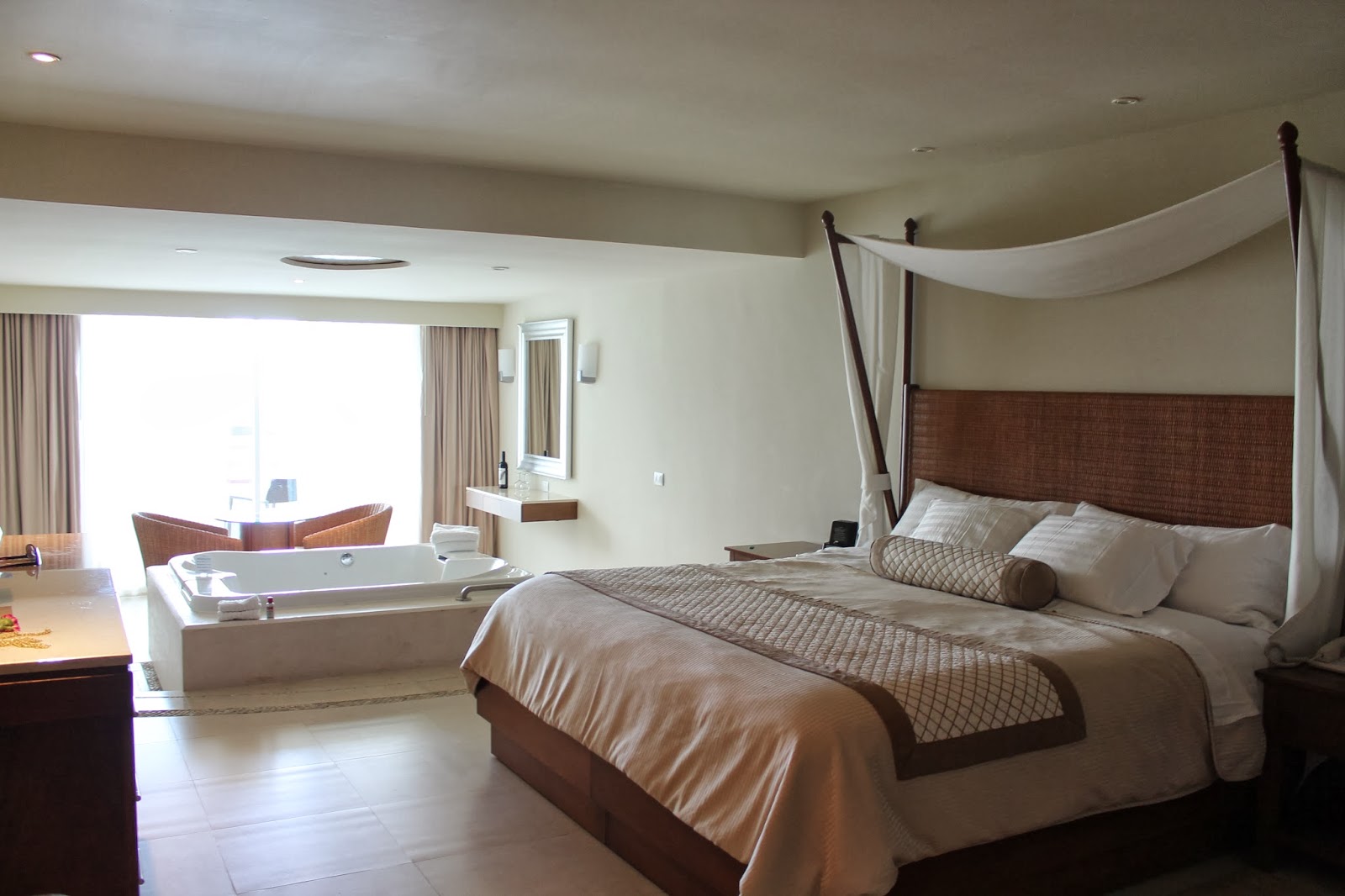 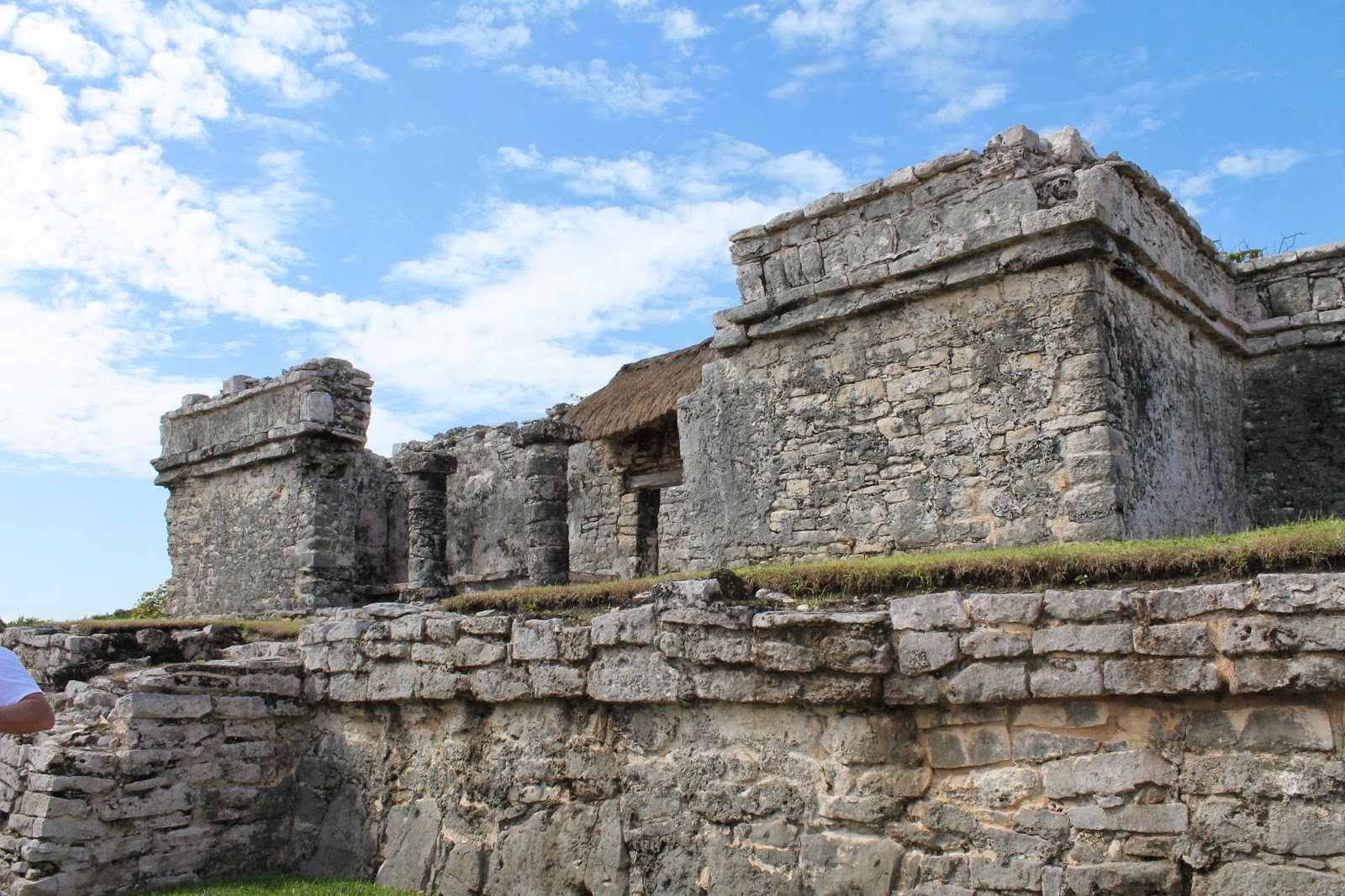 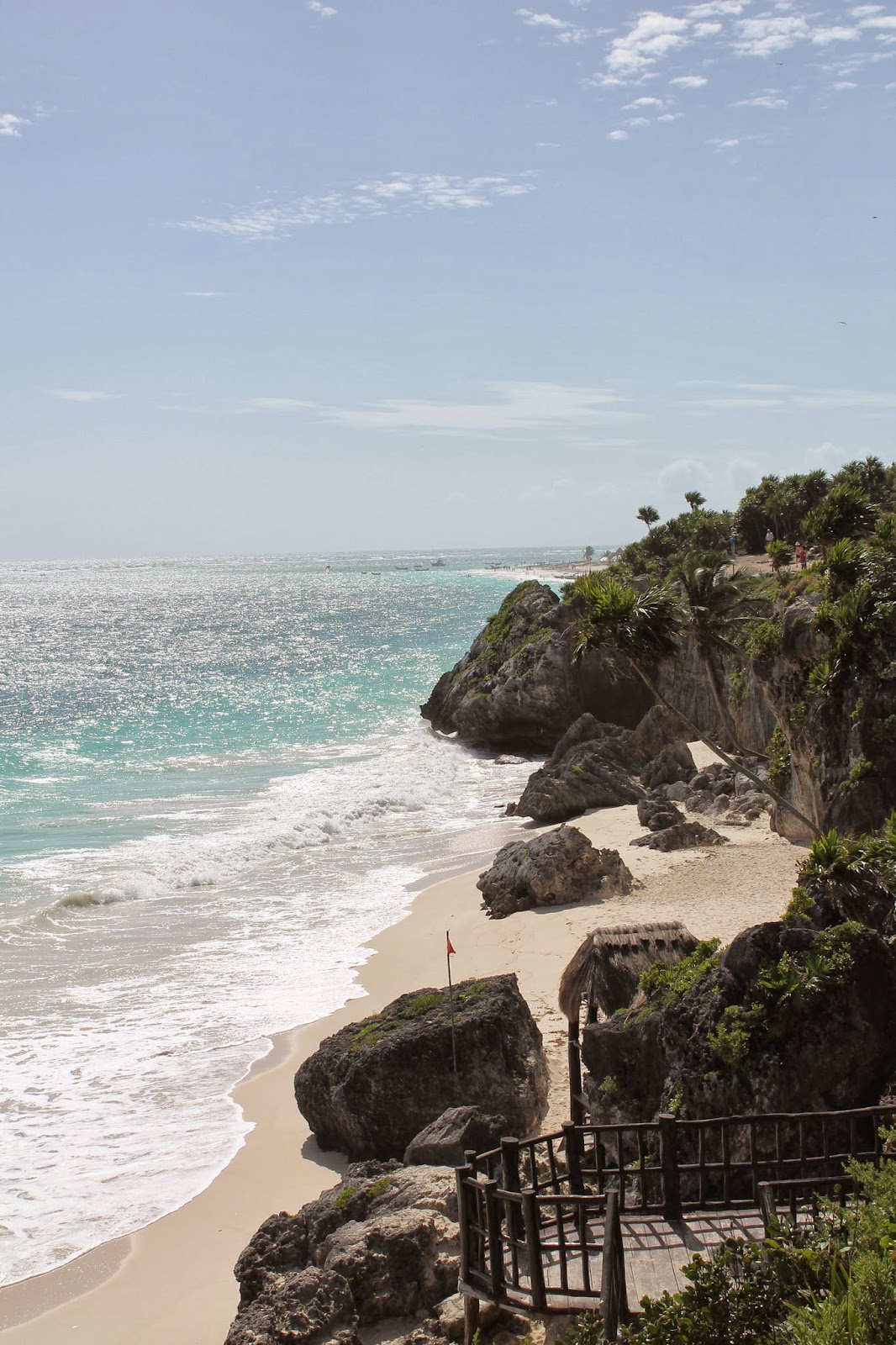 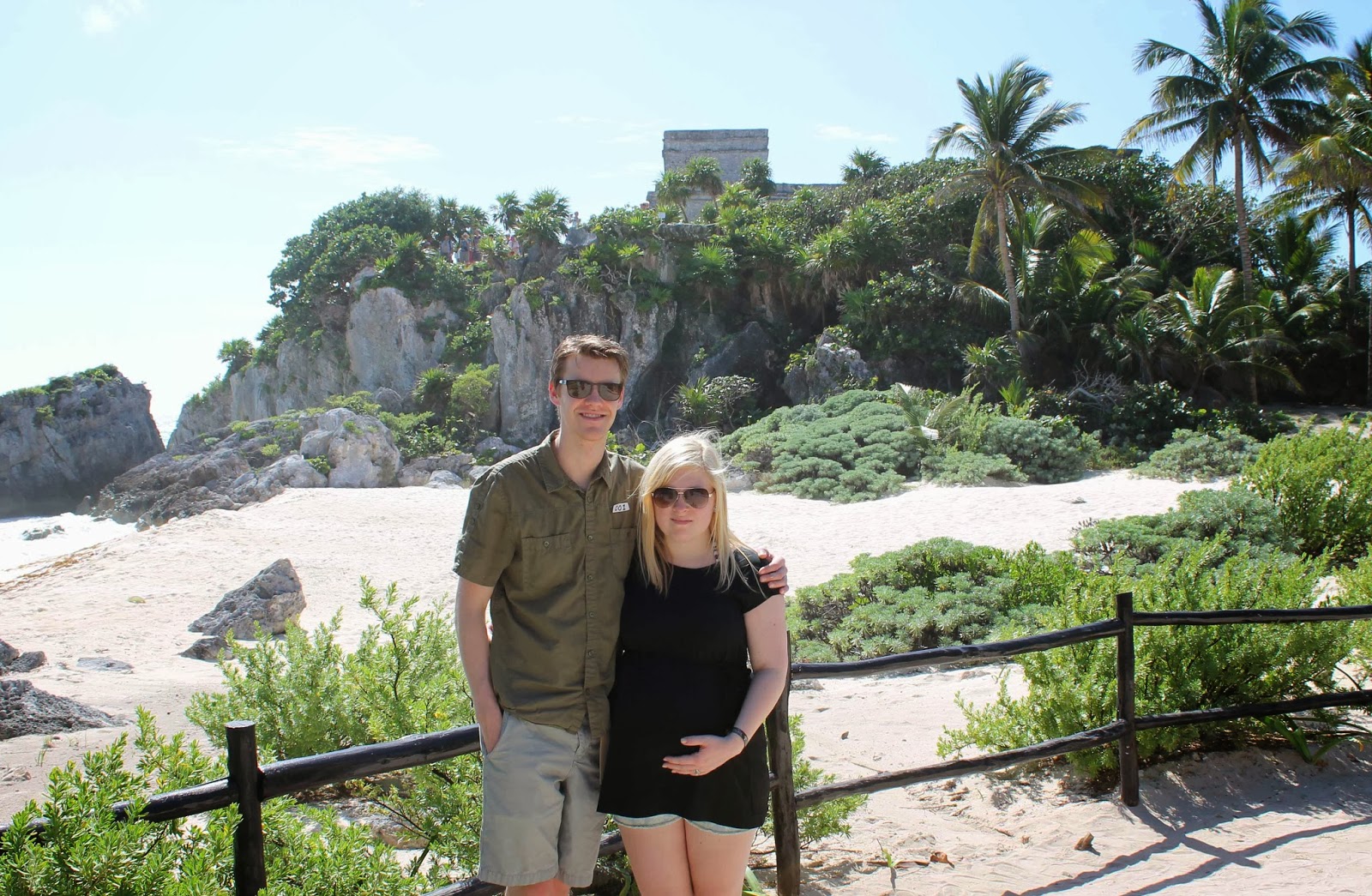 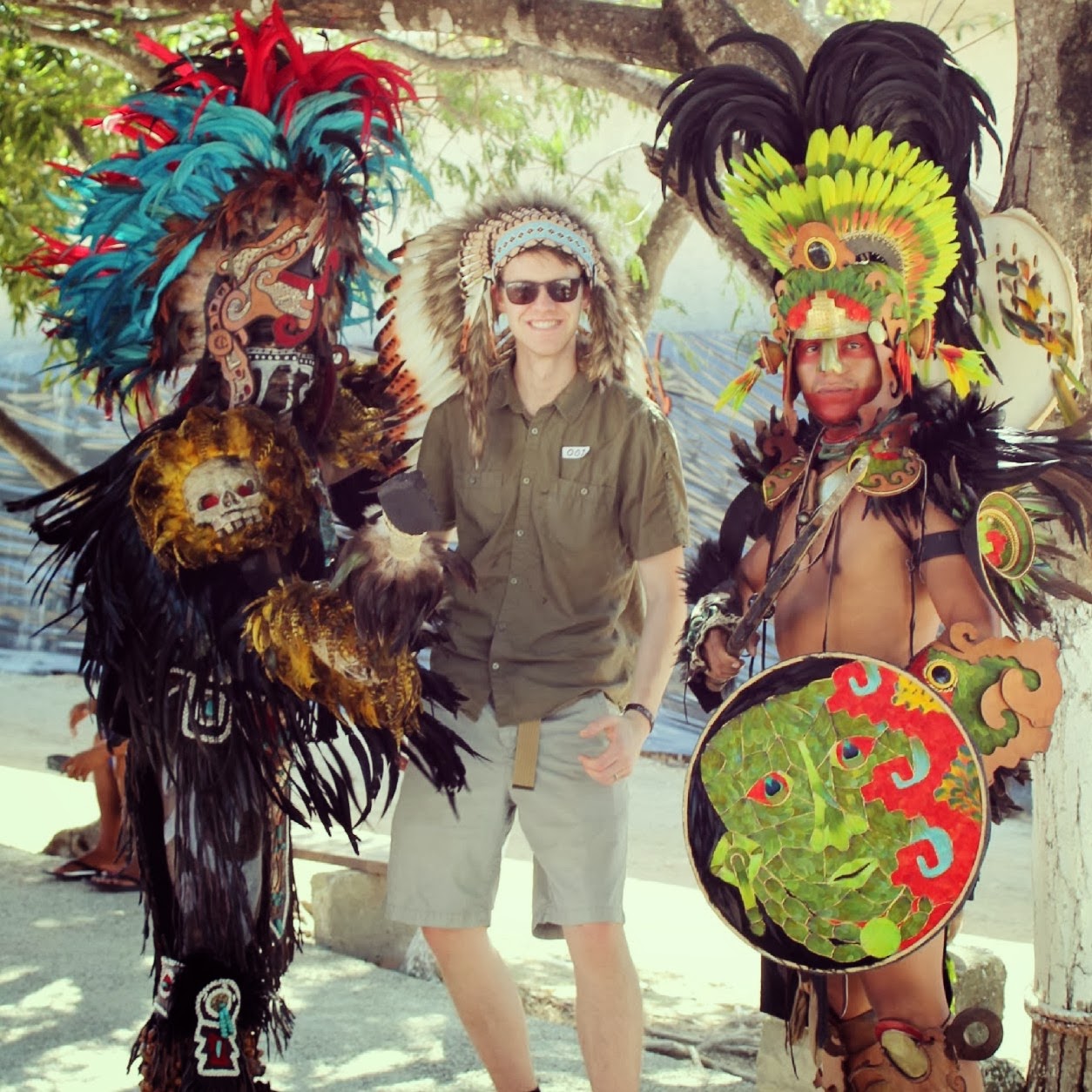 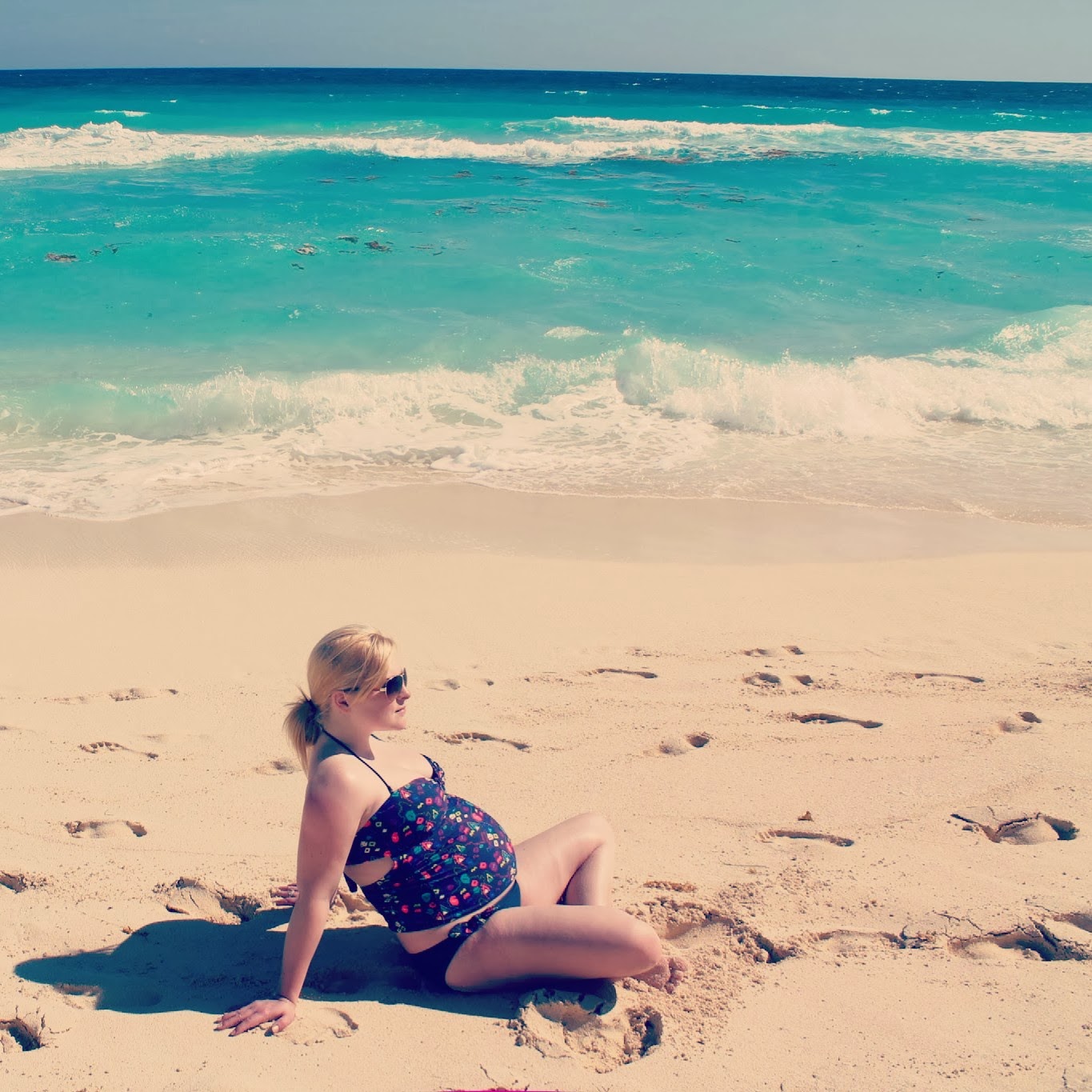 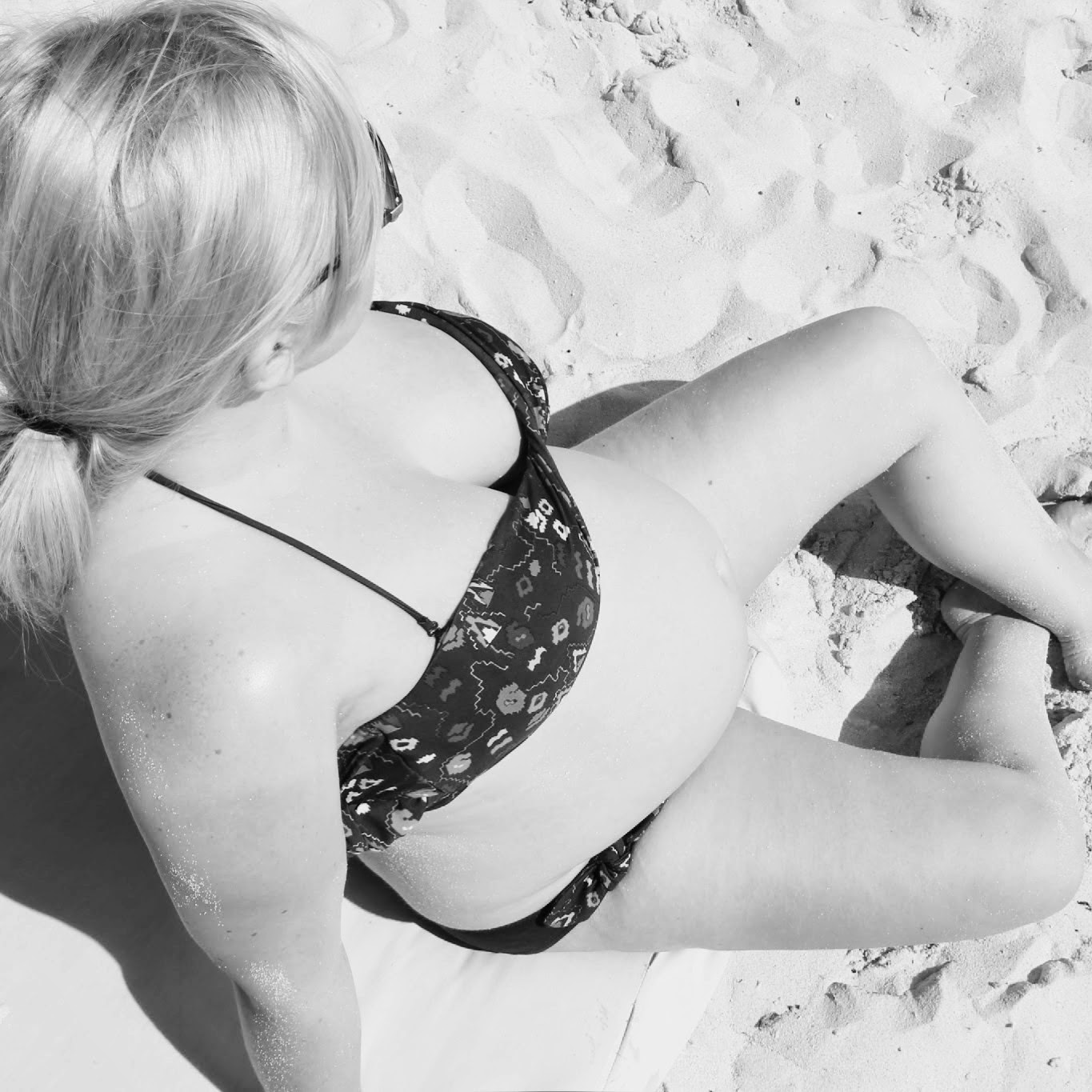 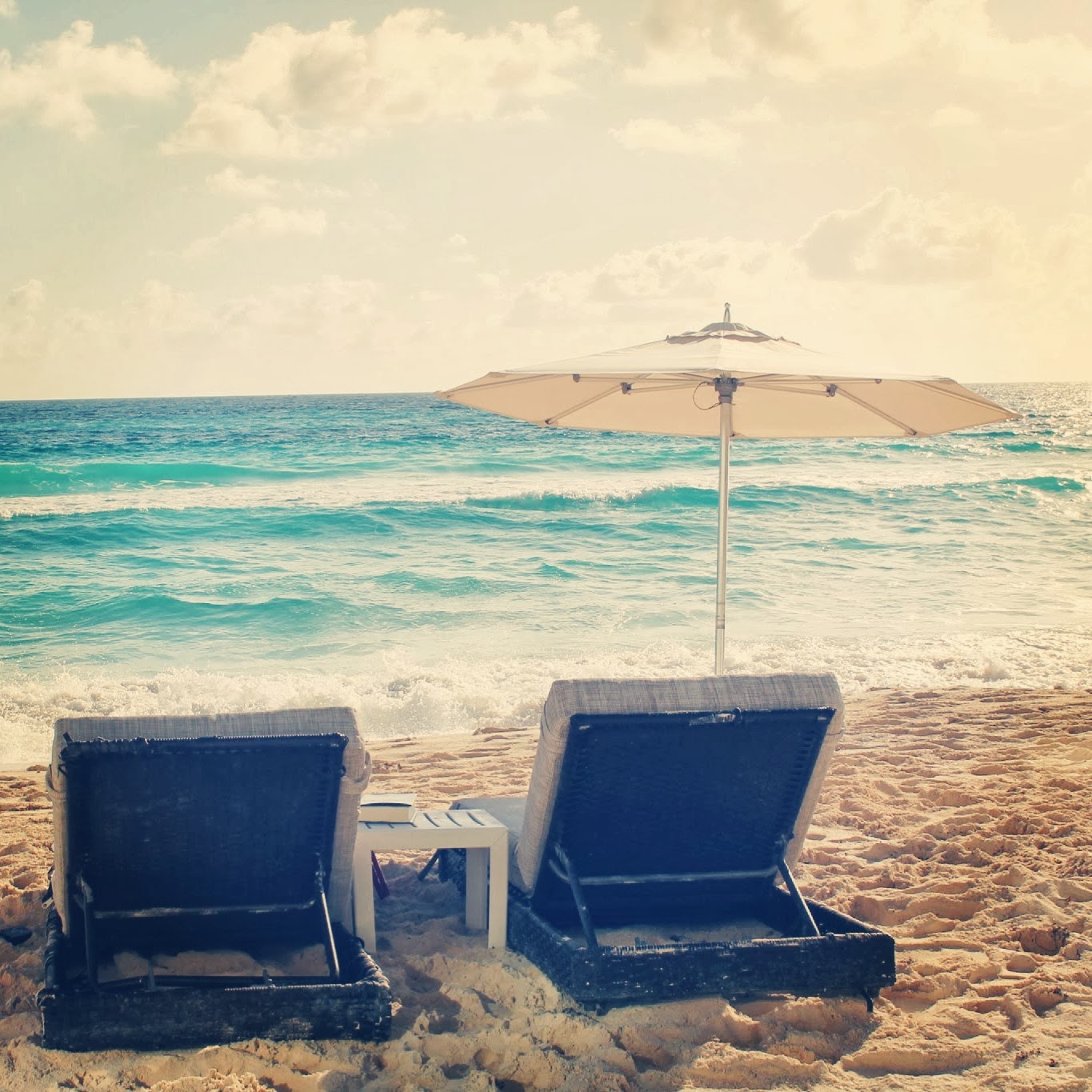