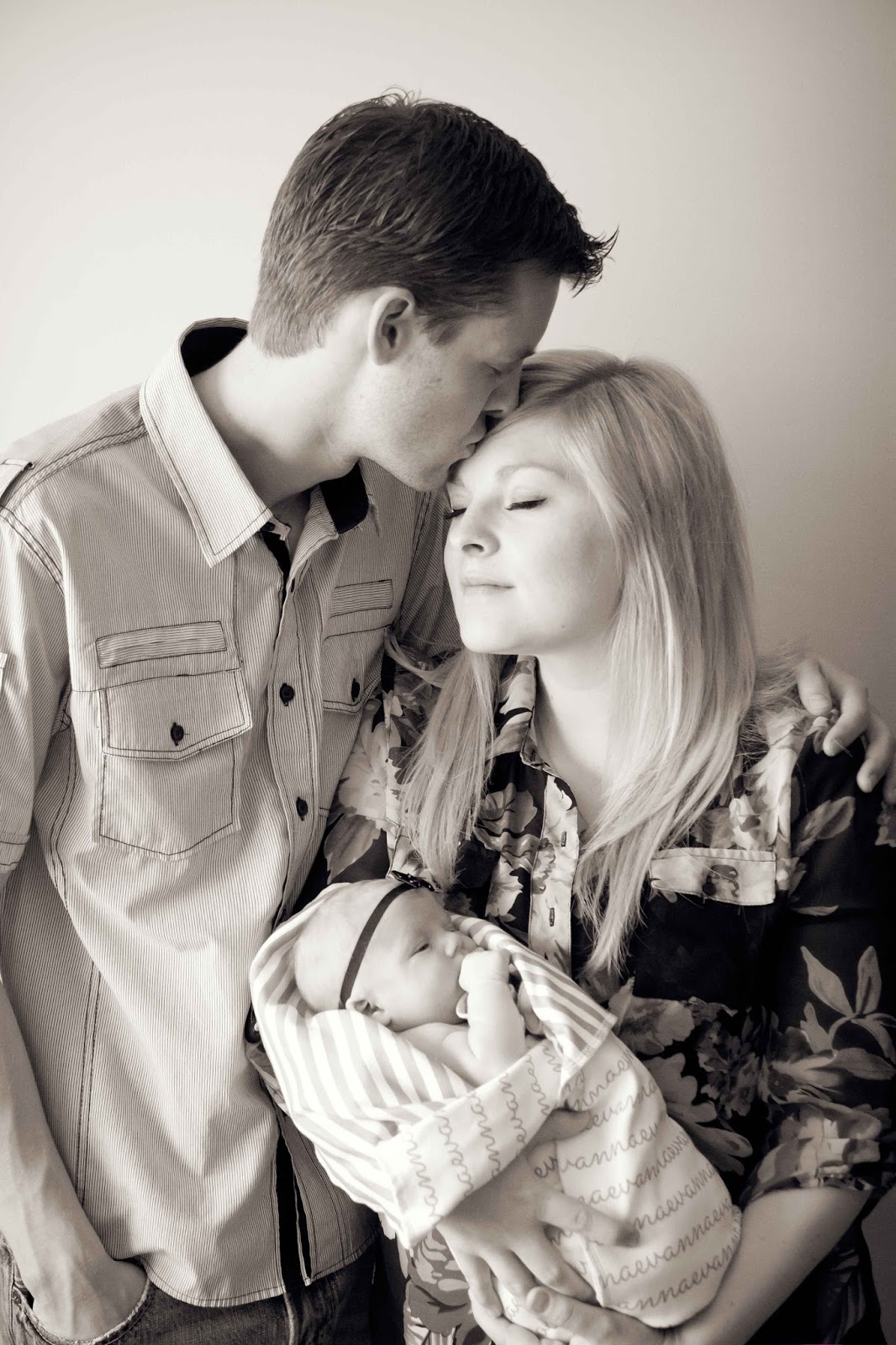 I still have some other blog posts that I want to get up before I officially feel caught up, but some exciting things have happened around the Irvine home that I just had to share first.

We’ve now been home for a few weeks, and we’ve slowly been finding our own little routine. Our life fully revolves around Miss Evanna, but we wouldn’t have it any other way. Between lots of visits from friends and family, doctor appointments, pumping, sleeping, feeding and sleeping schedules, we’ve been keeping very busy. Some highlights include a lovely Mother’s Day brunch at Nick’s aunt Debbie’s house, and Grandma Cory’s 80th birthday – where for the first time in a long time, everyone from the Irvine side of the family was there. Evanna is of course the centre of attention where ever we go, as everyone fights for a chance to hold her (after first putting on hand sanitizer of course).
Evanna also had her first pediatric and cardiology clinic appointments (though I’m sure those will soon become old news). Evanna is slowly gaining weight and is maintaining her oxygen levels. In 4 weeks Evanna will have another ECHO done, and when she’s around 3 months old, we head back up to Edmonton for an Angiogram.
Now I’ve saved the news best for last. First, we finally got Evanna’s immunology results back, and she has T-Cells! This means that she has a Thymus gland, it’s just smaller than normal, and so that’s why they’re having a tough time seeing it. So what does this really mean? Well it means that her body can fight viruses and while we should always be careful as getting sick wouldn’t be very good for her delicate little heart, we don’t have to be extreme hermits. We won’t go crazy and start taking her to malls and grocery stores right away, but at least we can take her to places like church and maybe a restaurant.


Finally, as most of you may remember, back in March Nick was offered a temporary fulltime position as a Paramedic for Calgary EMS. Well earlier this week, he was offered a PERMANET fulltime Paramedic position! I’m so ecstatic and proud of Nick! I didn’t think it would happen so quickly, and overall we feel incredibly blessed with how accommodating Nick’s work has been with letting him take some time off when Evanna was born, and then offering him a permanent position just 2 weeks later. It’s nice to see all of Nick’s hard work pay off, and it feels really good to have some security. I know its Heavenly Father’s way of lightening our load so we can concentrate on raising and taking care of our little girl.
Written by Kierra Irvine
Email ThisBlogThis!Share to TwitterShare to FacebookShare to Pinterest