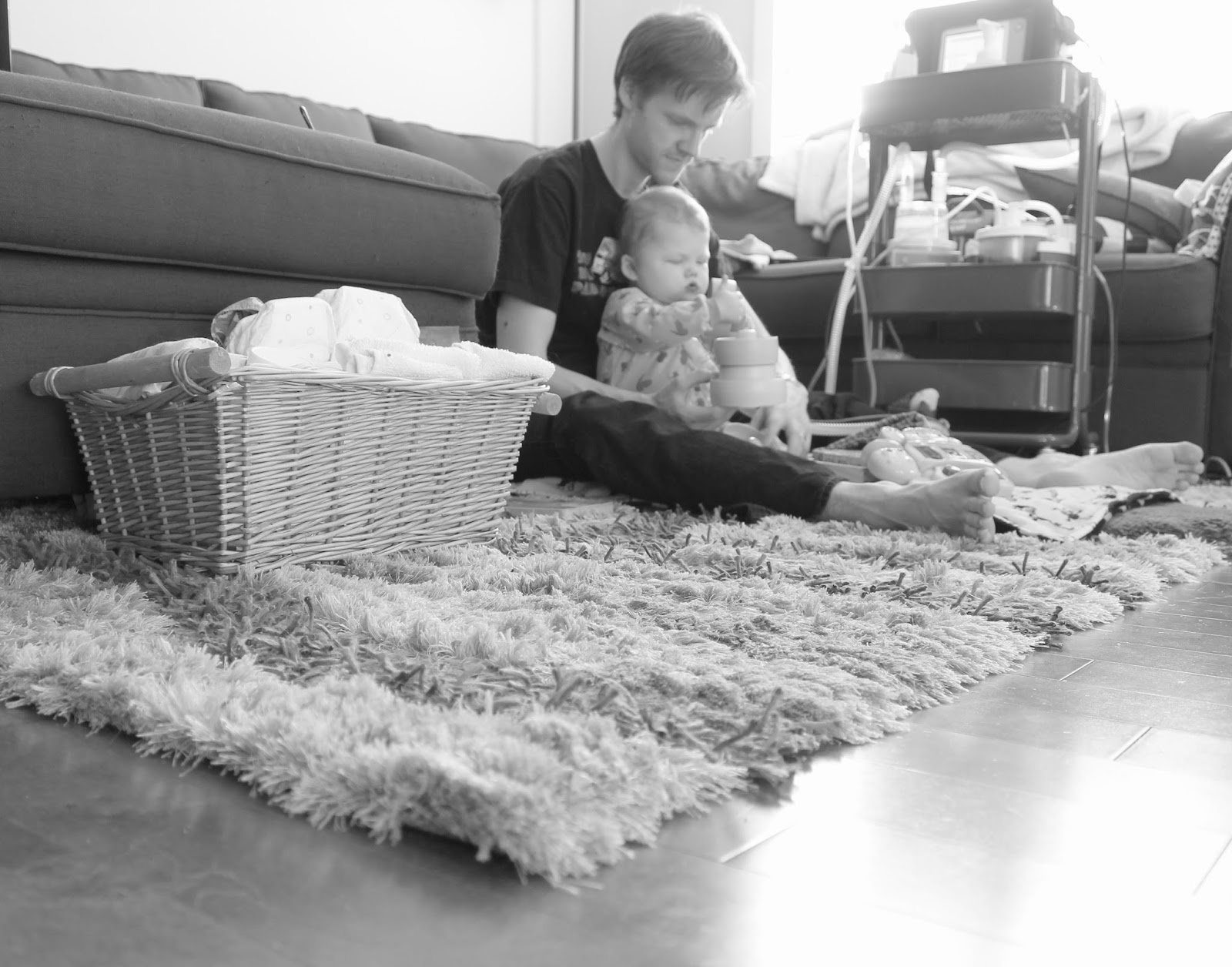 In just a matter of seconds, Nick and I learned how quickly things can change. On Sunday evening, Nick was in the kitchen cooking, I was in the living room catching up on emails, and Evanna was playing in her exersaucer. Evanna was coughing a lot, but it didn't sound like her "normal cough" – it was more auditory. Nick walked over to investigate, and within seconds he realized Evanna's trach had come out (which is why we could hear her more than usual). He pulled her out of the exersaucer and I ran upstairs to grab her emergency trach kit that contained the obturator for the trach (it helps "stiffen" the trach to make it easier to put Evanna's trachea). However, by the time I came back downstairs, Nick already had  the trach back in and we got to work on re-securing her trach ties. The whole ordeal probably wasn't probably longer than 60 seconds, but it was enough to give us a tiny reality check on how fast things can change.

You DON'T mess around when it comes to an airway, and though our long hospital admission began with her heart, it's why we remained in the ICU for as long as we did. It's why the medical team was incredibly nervous to finally discharge Evanna back in November, it's why we had to go through all the extensive training that we did, and it's why we have homecare nurses in our home each and every night to watch Evanna sleep. At the end of the day, because of how quickly we caught and dealt with it, this "accidental decannulation" wasn't very serious. Other than calling the "respirologist on call" to let them know about the incident (it's protocol), we continued about our evening as normal as possible, but it sure gave us a mini scare.
I'm proud of how quickly and calmly we dealt with it (this situation can often make people freeze up), and reconfirmed how well Nick and I work as a team.

So what happened? Well her vent tubing got caught on her exersaucer, and instead of the tubing disconnecting from her trach (like it normally would), it caused her ties to slightly tug to the side and pull her trach out. It was just a accident, but one that could have had serious (and fatal) consequences. Unfortunately this was bound to happen at some point (hence our extensive trach training), but that's our day-to-day life right now, and what we have to deal with as "complex medical parents".
Written by Kierra Irvine
Email ThisBlogThis!Share to TwitterShare to FacebookShare to Pinterest