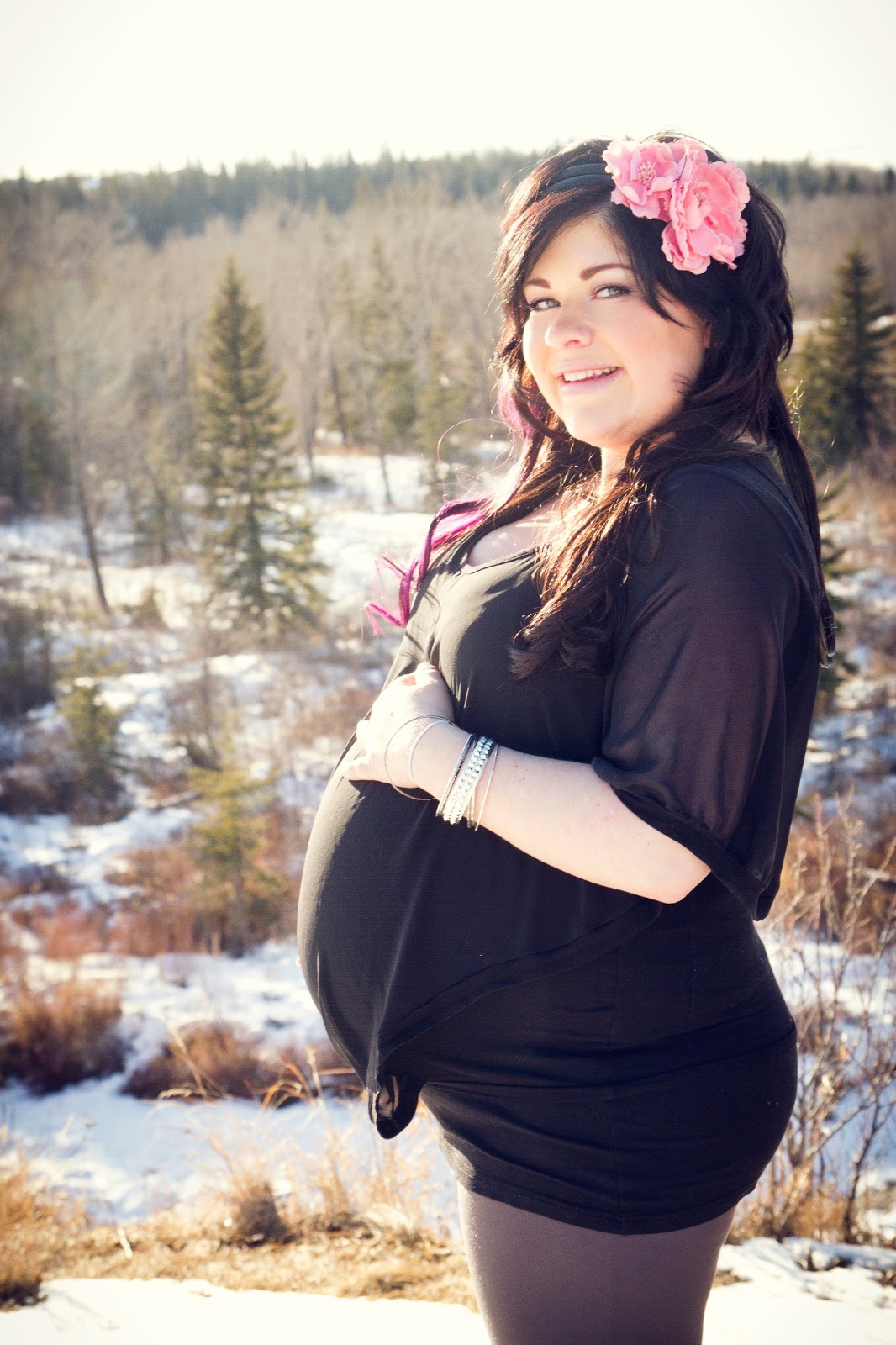 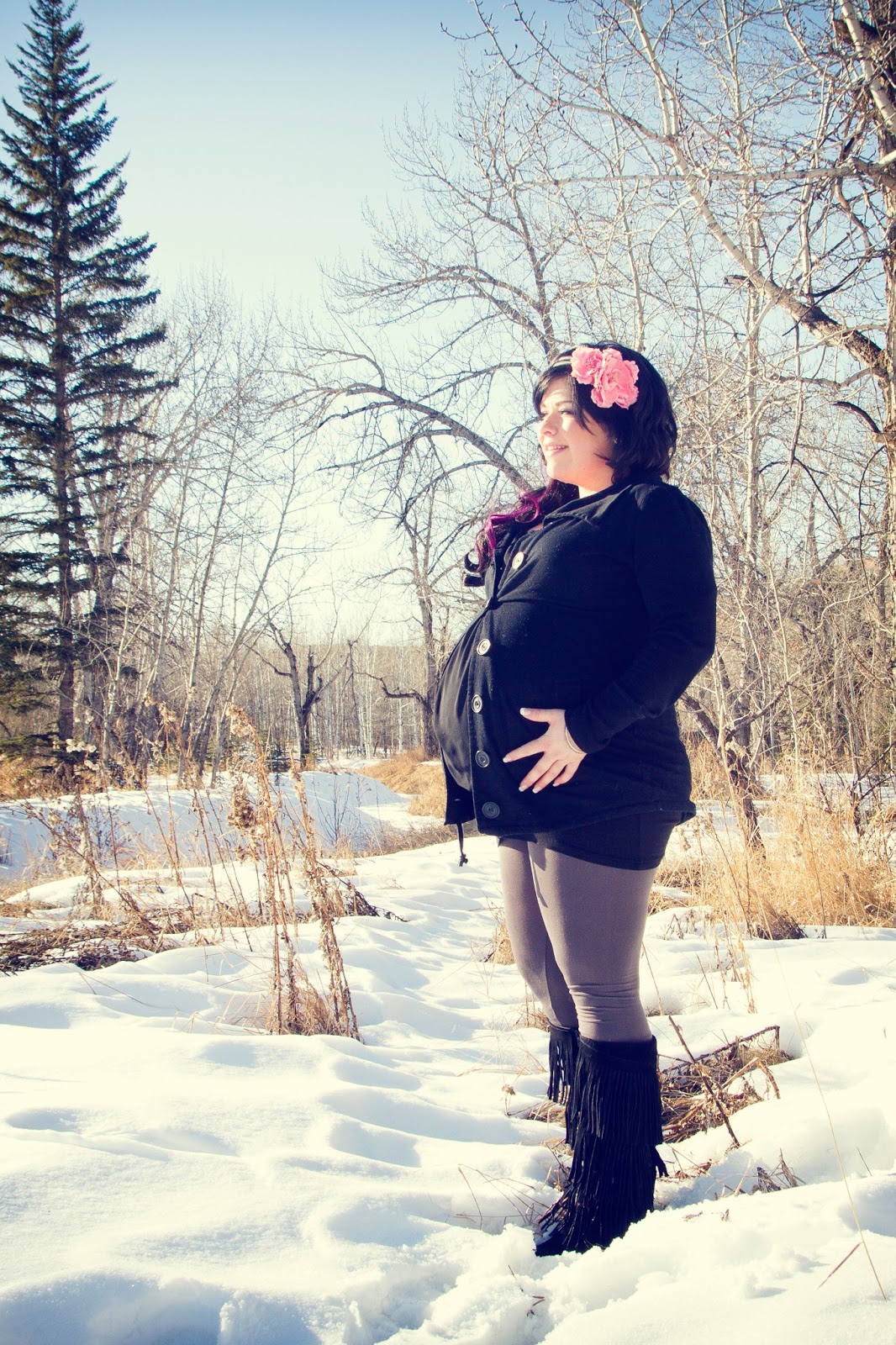 My sister Danika had her baby girl this past week, and I am so in love. This is the first baby for our family, and we don't have any nieces or newphews on Nick's side of the family, so Danika having baby Alexa officially now makes me an Aunt (and Nick an Uncle). We knew Danika was going to have the baby soon, even though her due date wasn't until April 6. This is because the baby was already weighed at almost 8lbs before she was even at 37 weeks, and the baby was still continuing to gain weight. Originally they thought Danika was gaining too much weight, but Danika told them that she really wasn't over eating. They even were going to send her to a nutritionist. After an ultrasound they realized that the baby was just growing really fast and Danika had too much amniotic fluid. Danika was suppose to also give birth in High River, but due to these issues they were afraid that Danika may have to have a C-Section, and High River wasn't equipped to handle her, so it was arranged for her to deliver at Rockyview in Calgary instead.
On Tuesday (March 19), Danika had a doctor’s appointment, and I usually made a habit of calling her after her doctor’s appointments to see how she was feeling, and any new news. So I called her, and she said the appointment went well, but she definitely thought the baby was coming soon, because she was feeling really crampy, and she had been leaking clear fluid all day. Later that evening, when I told Nick that Danika was leaking, he stated that he thinks Danika's water was breaking, but I thought it had to be a big gush when a women's water is broken. I now know that it always isn't a big gush.
The next morning I woke up with a couple texts from my mom saying that they were on their way to the hospital, and Danika was in labor. What a day! I probably checked my cellphone every 30 minutes, and called my mom once every couple of hours to see how things were going. I left work early because I had a dentist appointment, and I must say that having to sit in that chair for my cleaning and fillings, unable to move or check my cellphone was extremely tortuous. Halfway through I found out that because Danika wasn't progressing fast enough, and the baby was in a bad position, they decided to do a C-Section. Chad (Danika's husband) was not handling the whole situation very well, especially after they gave Danika the epidural. He was very nauseous, so when it came time to decide who would go with Danika for the C-Section, my mom went with her instead,
Finally at 5:11pm, just after I left the dentist, Alexa Rosa was finally born. Baby was completely healthy, but it definitely took a toll on Danika. My mom and dad sent me pictures because I wasn't allowed to visit Danika due to some rules, which made me really mad. I was really bummed out because Danika wasn't going to be released from the hospital until late Friday night or Saturday, and I was leaving for Fernie for 4 days on Friday morning. However, because I work at a hospital, and know how units generally work, I decided to try and sneak onto the unit (I'm such a rebel). So after work and my nail appointment on Thursday, I made a plan and drove to Rockyview. I took off my jacket, left my purse in my car and put on my staff ID. I knew what room Danika was in, so I just walked onto the unit as if I belonged there without stopping at the front desk and walked straight to Danika's room. It totally worked, and I was able to meet Alexa and be with her and Danika for almost an hour before the nurses discovered what happened. I would like to mention that if I wasn't leaving for the weekend, I would have waited until Danika was discharged to see the baby, but I did not want to wait until Monday night to see her for the first time. Anyways, I got to hold her for almost an hour, and I am completely smitten. She's so beautiful and adorable, and I can't wait to have one of my own. 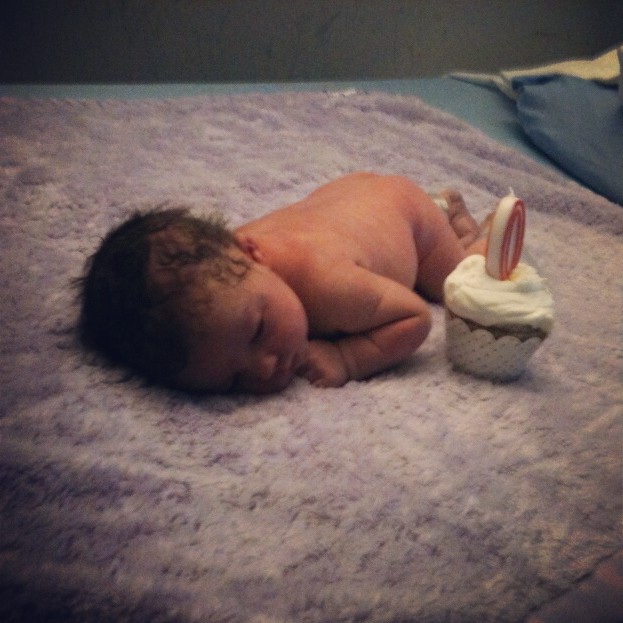 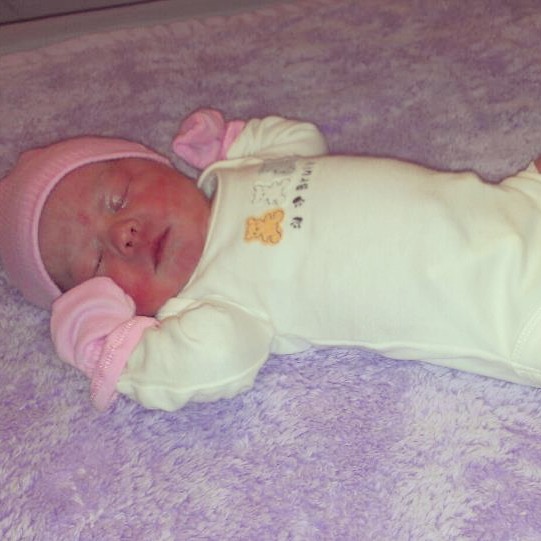 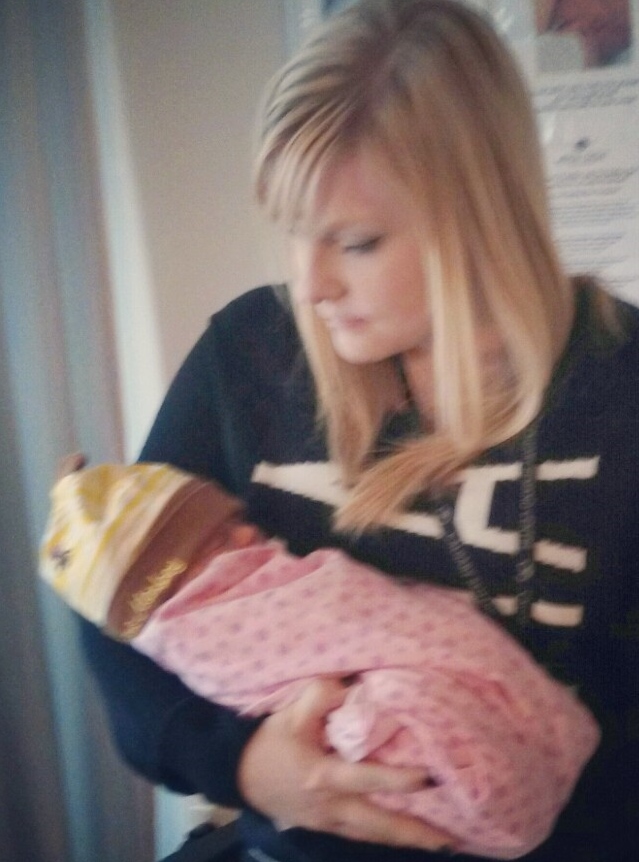