One + One equals Three

The Irvine clan is about to expand! Nick and I are expecting our first baby this spring, and we’re excited. Though it hasn’t been the biggest secret as we’ve been pretty open about it to our friends and family early on, I guess now that I am almost 13 weeks, I suppose it’s now appropriate to publicly share the news.
It was no secret that I had baby fever. All I’ve talked this year about is how I couldn’t wait for Nick to finish school so we could start trying for a baby. Back when we got engaged and married, we agreed to let Nick finish the Paramedic program before we started a family. At the time we made this decision we didn’t know which school Nick would be going to. If he didn’t get into PMA he would have to attend SAIT, which is a 2 year program and that was a little frightening, because waiting 2 more years was not ideal (for me anyways). Thankfully Nick got into PMA, which started earlier and it would only take him 14 months to complete.
Well Nick’s last day was in September, and with my special convincing powers I was able to convince Nick to at least start trying in August, after all, no one gets pregnant on their first try, right?
Well it didn’t take very long because the day after we got back from our camping trip at the end of August (the 26th) we found out I was indeed pregnant. Though we weren’t too shocked, it still was a little surprising that it happened on the first try. Nick was kind of hoping that it would take us a few months to conceive, just to have a few extra months to get our ducks in a row, but oh well. For awhile Nick was a little more worried than happy (babies = money), but once school ended and with the ACP exam just around the corner, he’s become more happy with the idea.
We first broke the news to Nick’s family at dinner a few days after finding out. I made chocolate cupcakes and made little toppers that said “Grandma”, “Grandpa”, “Aunt Megan”, etc. This is the first grandchild on his side, so I couldn’t wait to tell them as Nick’s mom has been waiting a long time to be a Grandma. When I first presented the cupcakes, Megan caught on immediately. It took a few moments for Nick’s mom and dad to realise what was going on. Megan screamed “You’re pregnant? That was quick!” Apparently Megan had texted Nick the day before we found out, jokily asking if I was pregnant yet. Little did we all know, that I actually was. 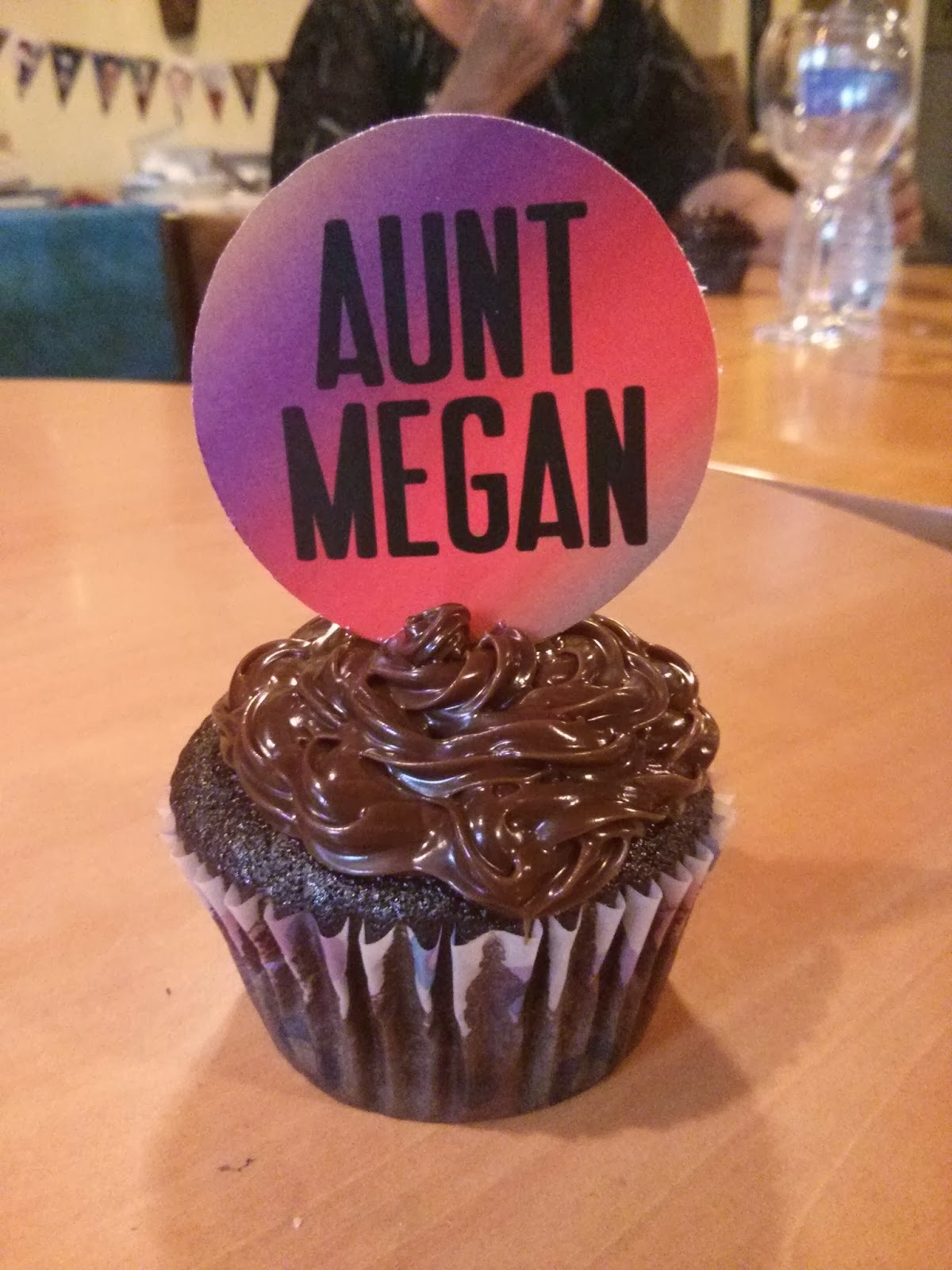 Originally I was going to wait until the September Long Weekend to tell my mom and sister when we were in Sylvan Lake, but the Friday before we left I was at my parent’s house getting my hair done by Danika. She kept going on about when we have a baby that she’ll give me some of Alexa’s old things, and finally I couldn’t contain myself and I caved in. I told Danika, and when my parents were both home, I told them. They were excited, but not too surprise as they knew we had started trying. Slowly we began other friends and family as we saw them, and by the end of September most people knew.
We had our first (dating) Ultrasound on September 10th. Not sure why we had to go do the dating one, because I had been super good at tracking my cycles the past 6 months, but I wasn’t about to say no to an Ultrasound. I was about 6 weeks at the time, and we got to see the heart beat and the little “cluster of cells” (Nick words)! It was neat to see that at least there was indeed something in there, and it wasn’t a phantom pregnancy. Around the same time I got my first taste of pregnancy and experienced severe nausea. After a week of feeling like crap and not eating well I made a little trip to the doctor’s and got myself some diclectin. LIFE. SAVERS. I finally was able to feel good and eat proper food. Naps and sleep became my best friend, as I was definitely a lot more tired than normal. I was so glad that we didn’t have too much going on in September, because all I wanted to do was stay home, watch TV and sleep.
I had my first prenatal exam on October 10th followed by another Ultrasound yesterday and doctor's appointment today. 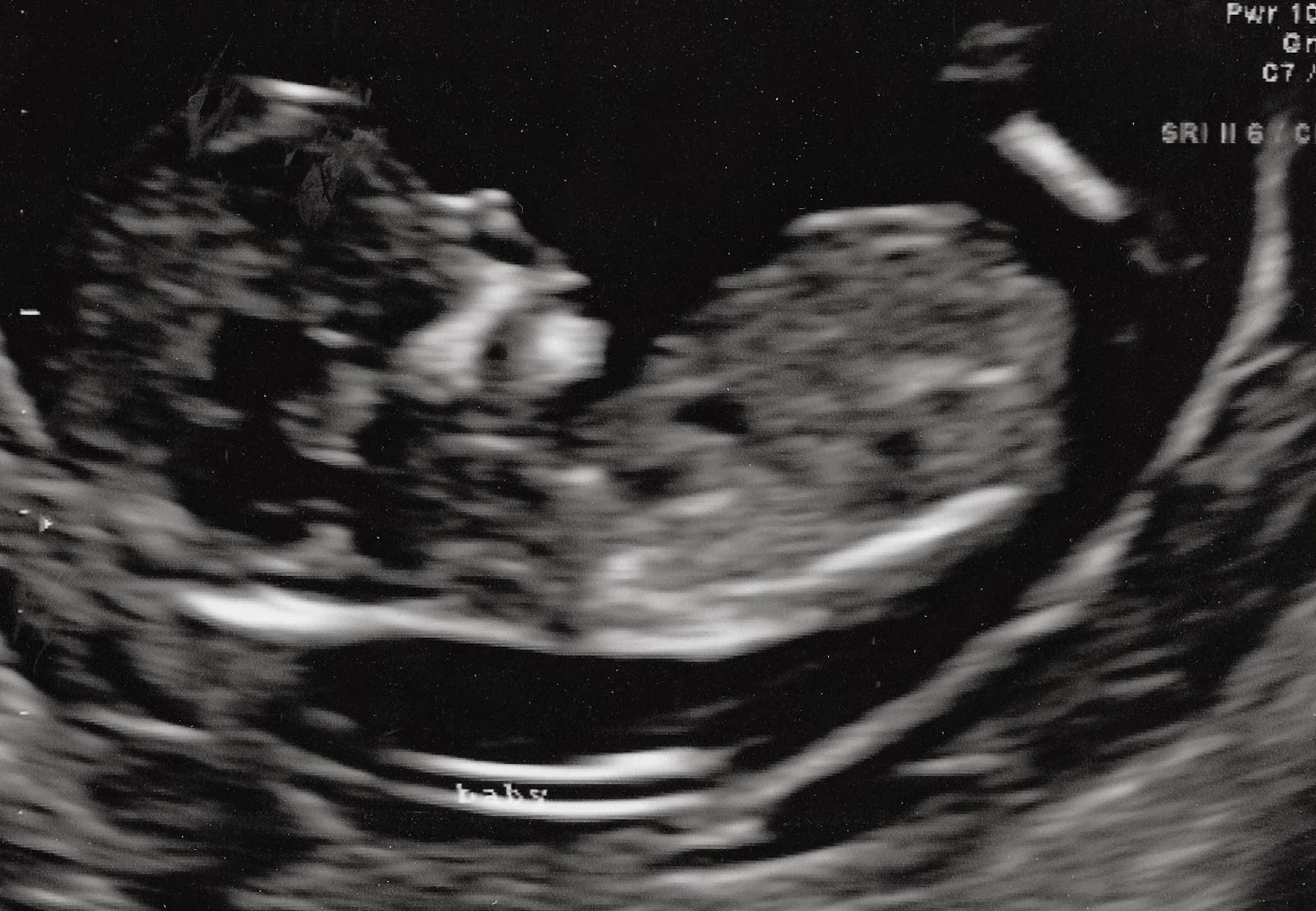 One thing I wanted to do when I got pregnant was do some sort of weekly progress report on the blog (along with pictures). I only plan on being pregnant a couple more times (number of kids is still under discussion), so I want to make sure that as much as being pregnant is no walk in the park, that I document and savour it. It’s a blessing and something that I should be extremely grateful for. So I started to do a little progress report since I was 10 weeks (I'm currently 12.5 weeks), and I want to get it posted. Here's 10 weeks for now, I plan to post 12 weeks really soon: 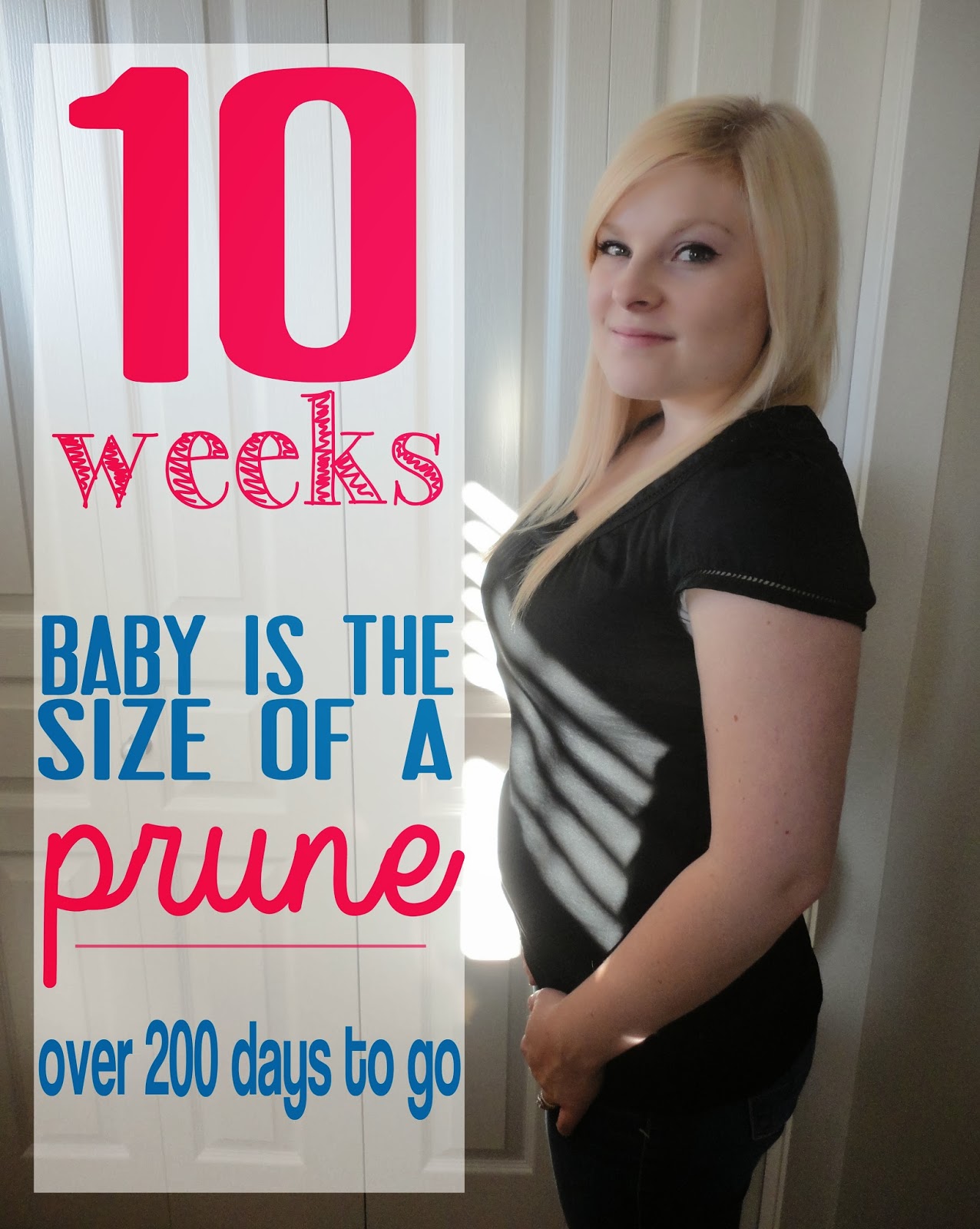 How far along? 10 Weeks
Total weight gain: 4 lbs. I blame this on the nausea I experienced week 6-7 as I ate extremely poor, and haven’t gained weight since week 7.
Maternity clothes? Nope, but already have a dress that won’t zip up, and I hate wearing pants.
Stretch marks? Nope, but I’ve got a bump, so I’ll be buying some special lotion this week and get into the habit of applying it daily.
Sleep: Sleep great, I just always want more.
Best moment this week: Catching up with a high school friend and celebrating Whitney’s birthday. Sorry it’s not pregnancy related.
Miss Anything? Wearing some of my favourite jeans
Movement: Not yet.
Food cravings: Not really. I usually had a spinach salad for lunch, but that stopped at week 6. I’ve been more drawn to bananas and pasta lately (but not together!), but don’t consider those cravings yet.
Anything making you queasy or sick: Spinach, Ruben Sandwiches (the Rockyview Cafeteria has these sandwiches on their menu, and I can’t stand the smell. I have to run through the cafeteria without stopping). Oh and brushing my teeth is another story. I have to make it quick and can’t let the paste sit in my mouth to long or I start gagging. Weird.
Gender: Don’t know yet (and yes we will try and find out. Didn’t realise people had such strong opinions on this subject. It’s still an “awesome surprise” whether you find out before or after).
Labor Signs: Nope.
Symptoms: If I didn’t have diclectin, I know I would be experiencing nausea. Tired, and bloated some days.
Belly Button in or out? In
Wedding rings on or off? On
Happy or Moody most of the time: Happy!
Looking forward to: Two Thanksgiving Dinners next weekend!
Written by Kierra Irvine
Email ThisBlogThis!Share to TwitterShare to FacebookShare to Pinterest