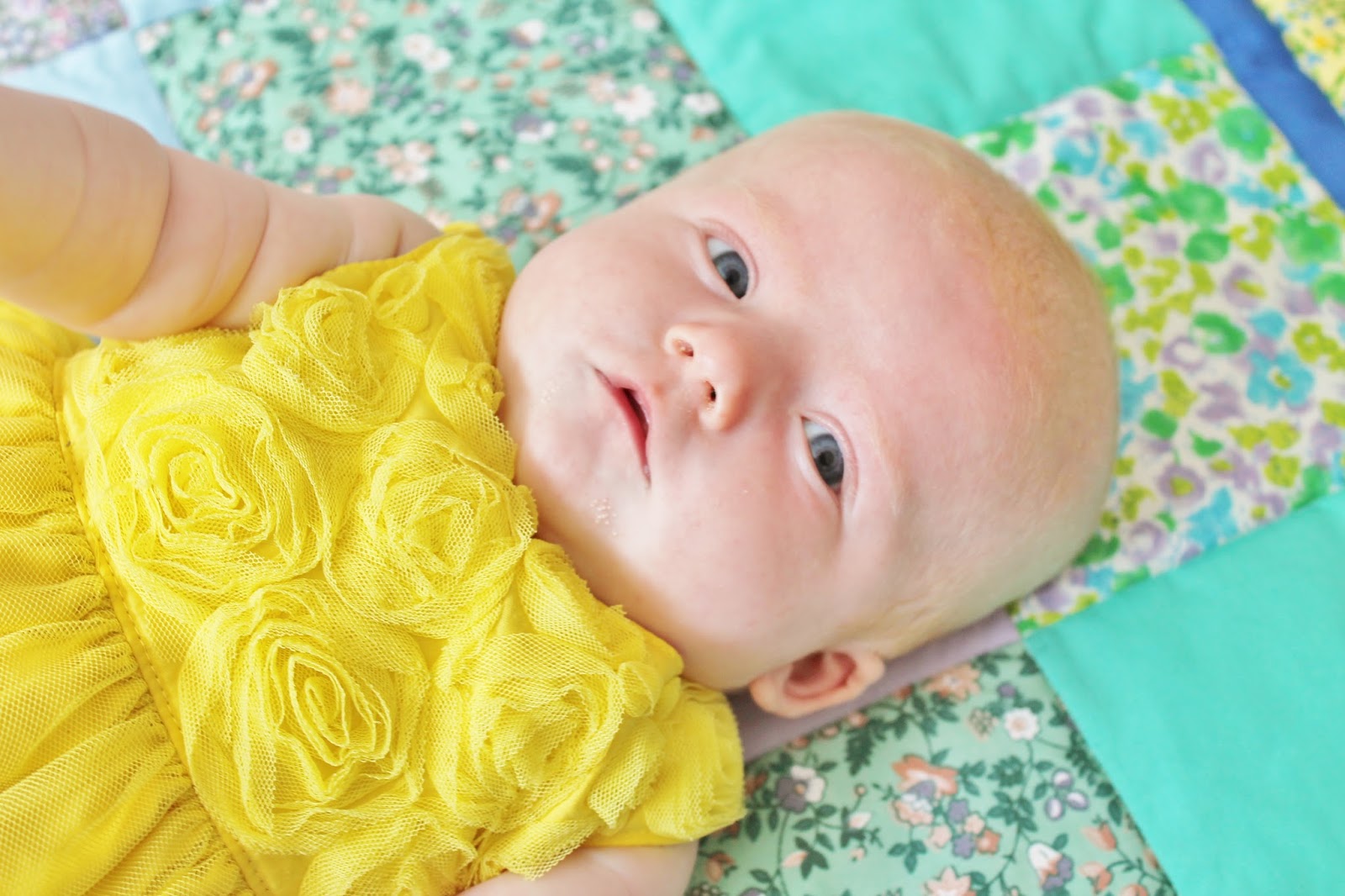 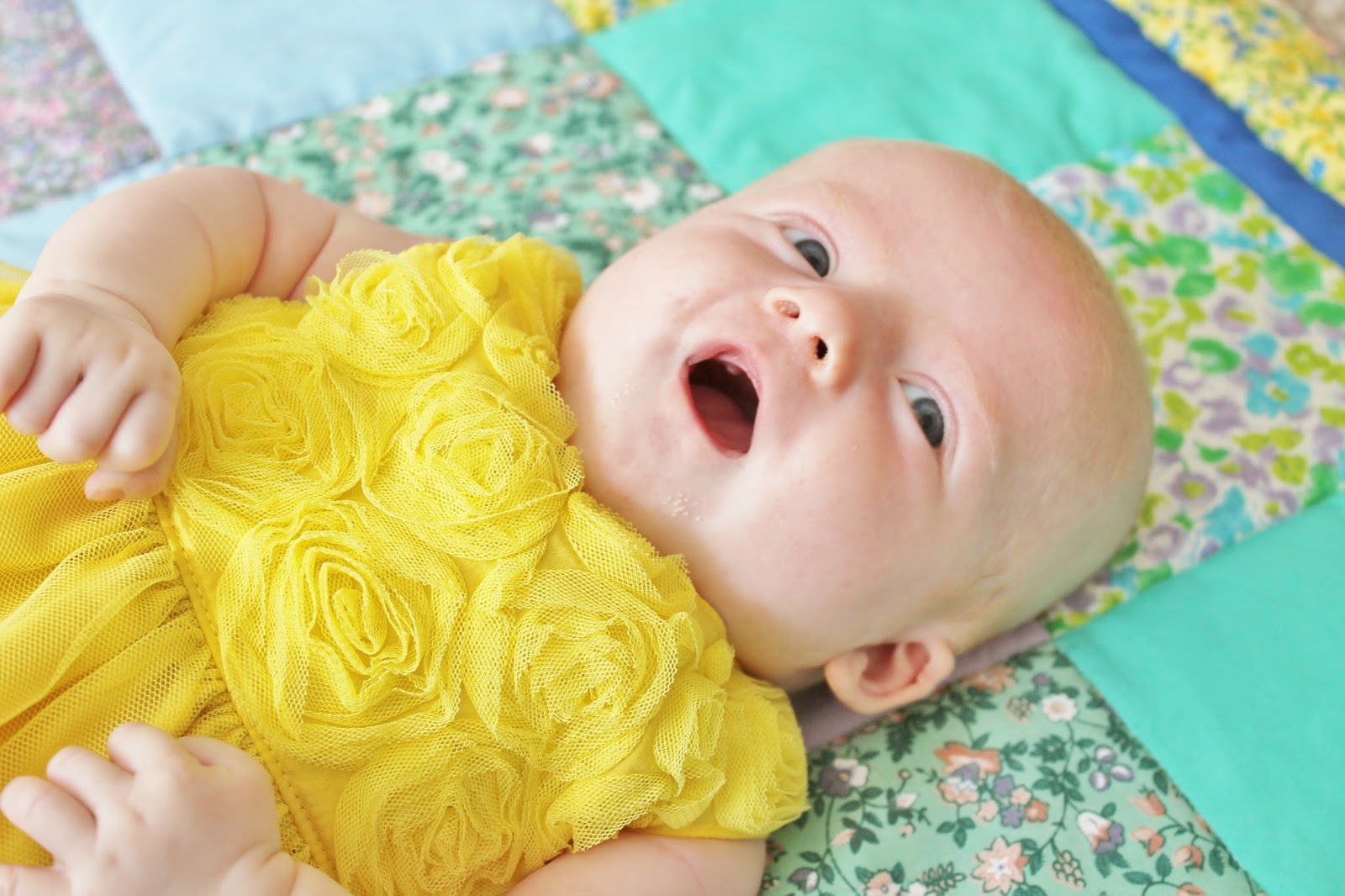 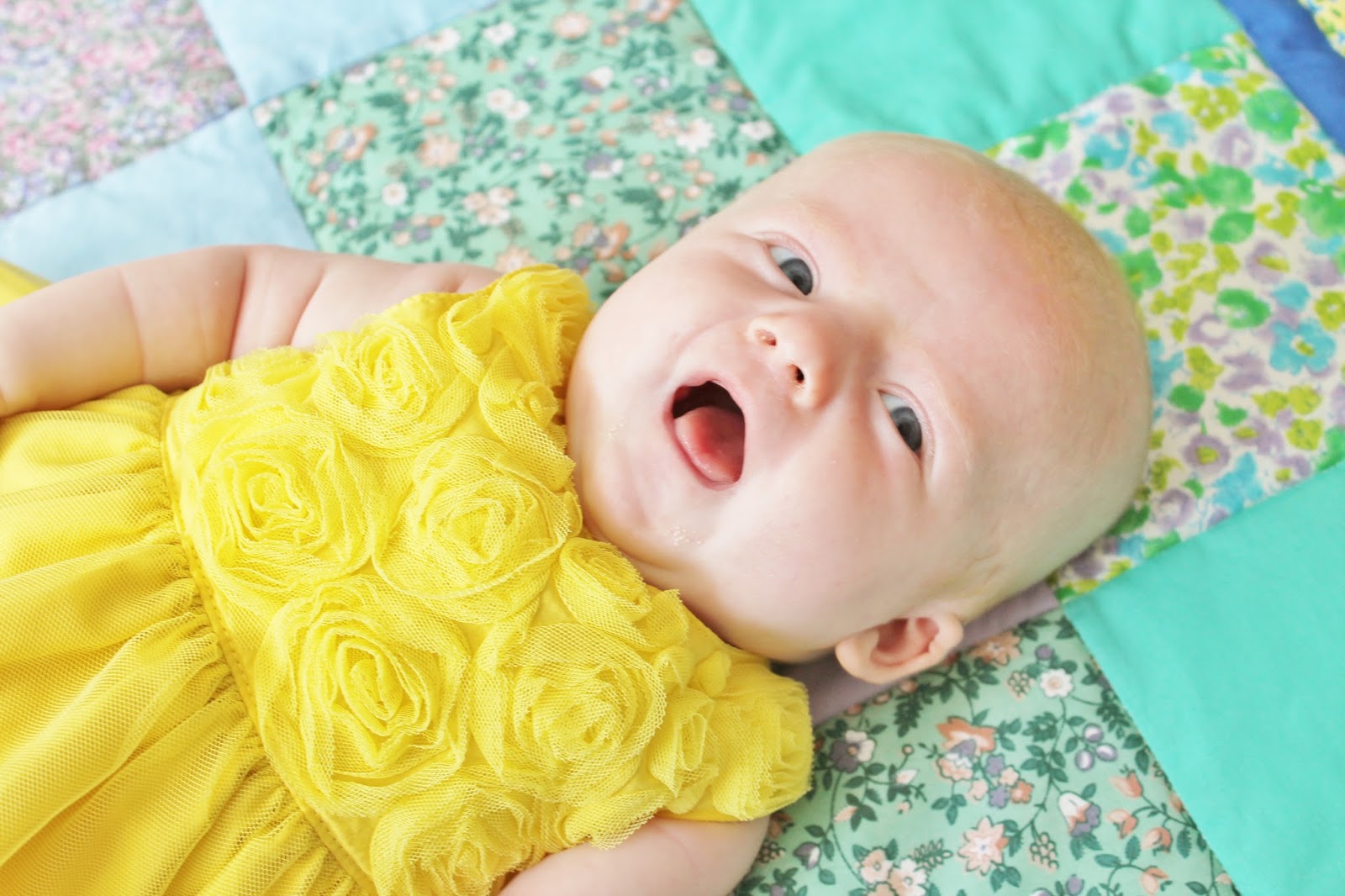 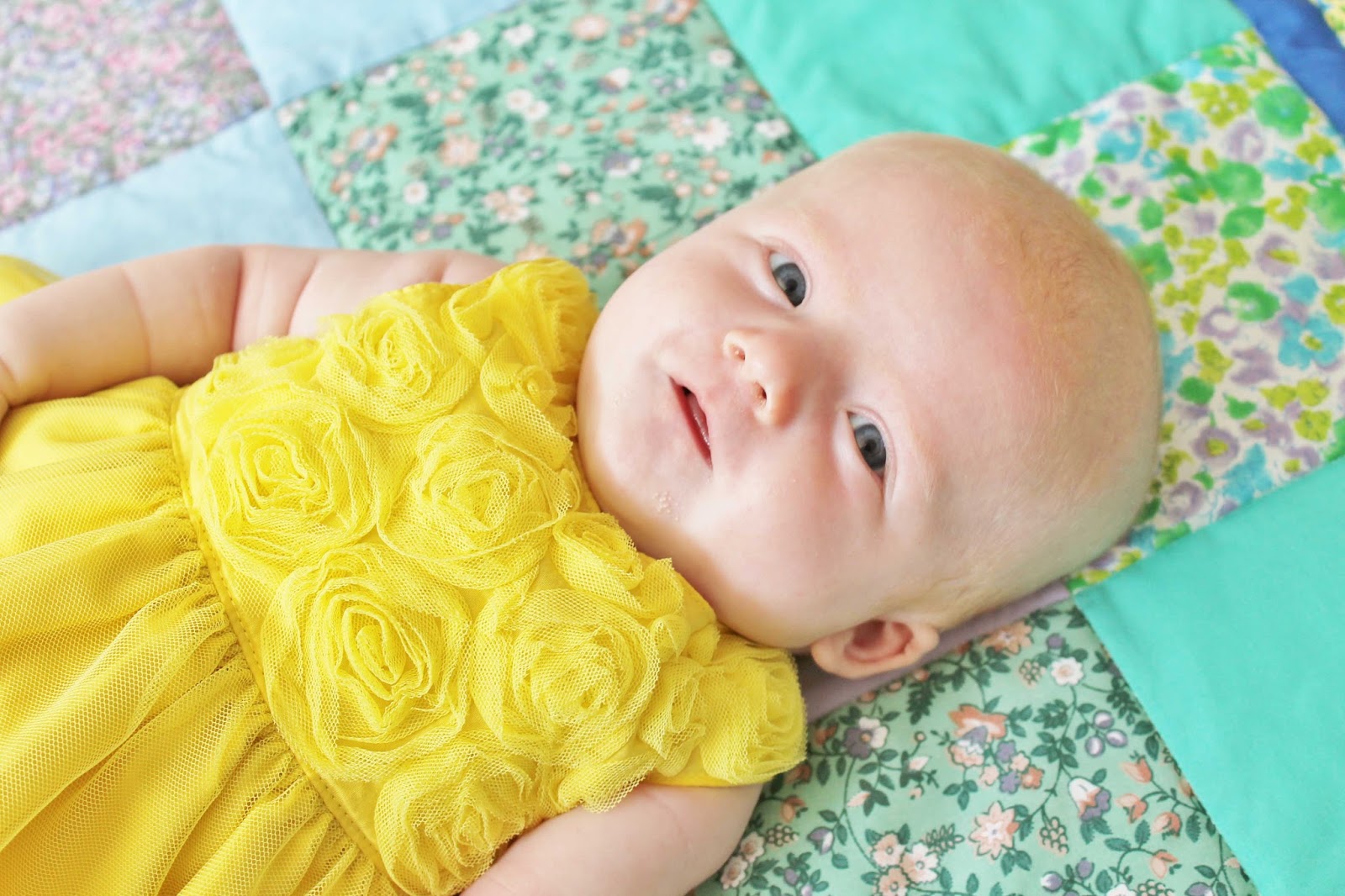 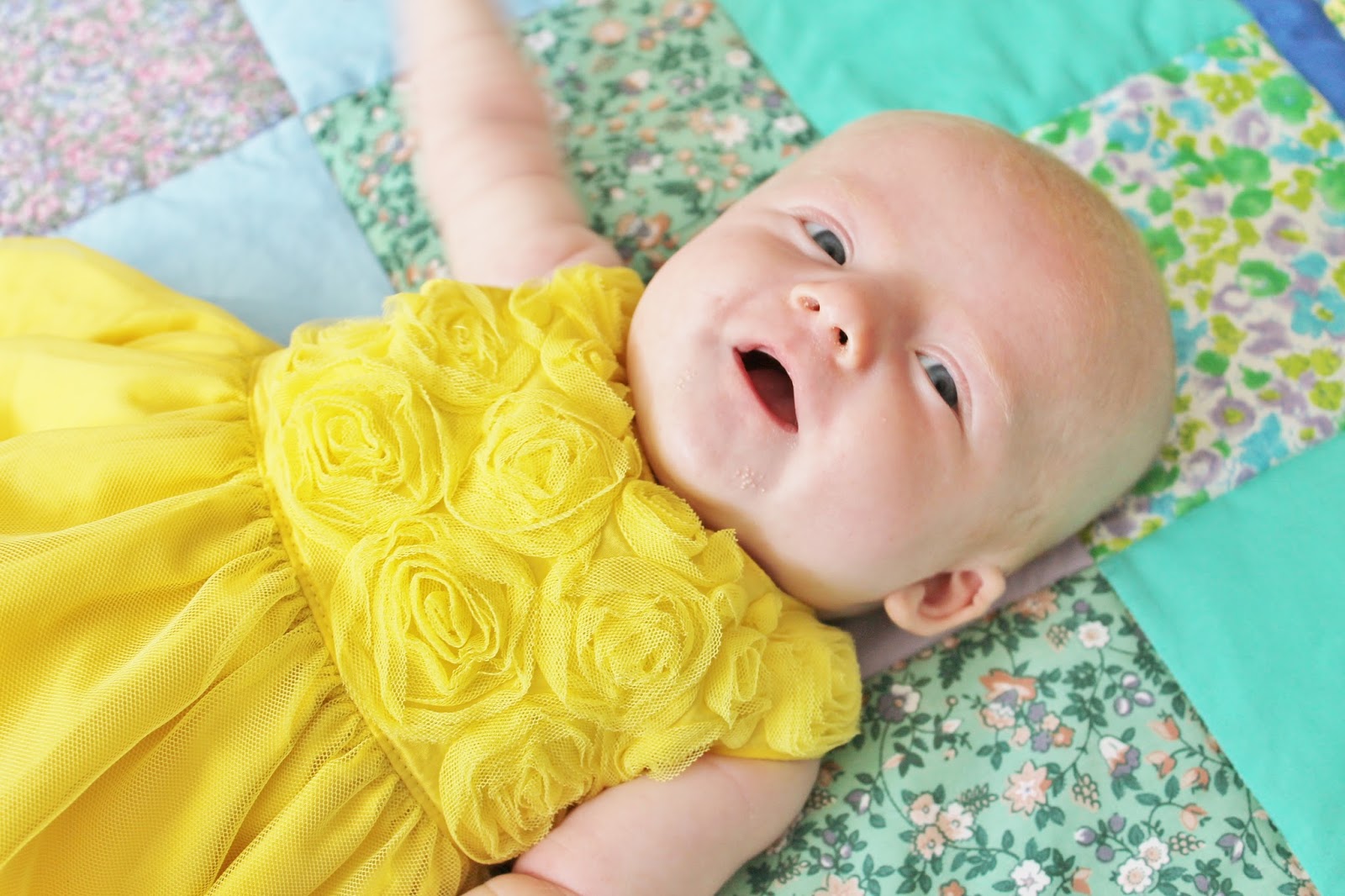 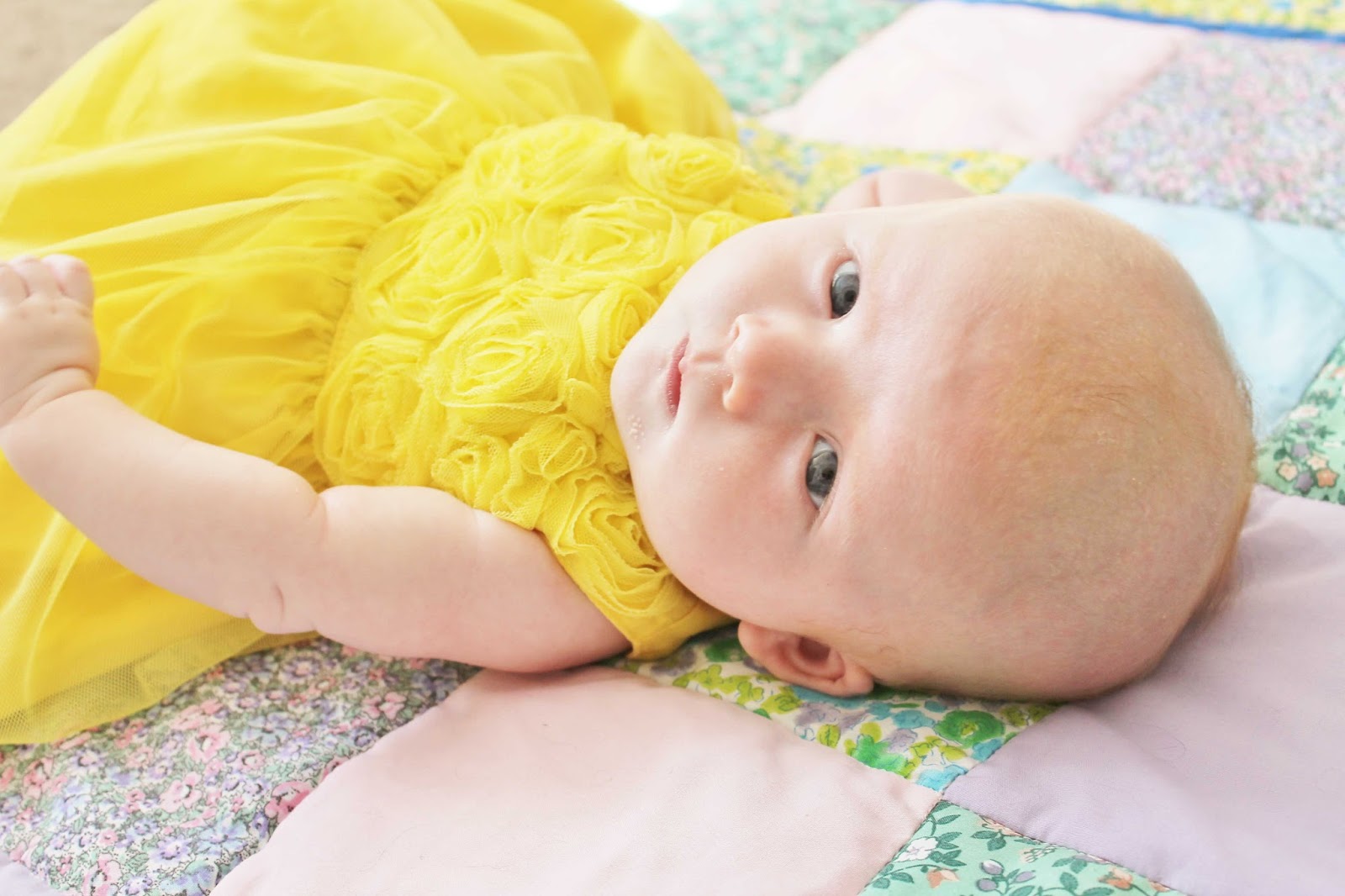 I’ve thought long and hard about this post and I have taken a lot of time to decide what I wanted to write. For those who have been following our little “heart journey” may remember me mentioning 22q11 (“22 deletion 11”) or DiGeorge Syndrome at some point or another. It’s caused by the deletion of a small piece of chromosome 22 and the deletion occurs near the middle of the chromosome at a location designated q11.2. 1 out of every 2,000-4,000 children are born with it, but to be a little more detailed – 1 in 68 children with congenital heart defects, and 5 to 8 percent of children born with cleft palate will test positive for it. 22q11.2 deletion is almost as common as Down syndrome.

22q11 was something they brought up while I was pregnant and was told it was a possibility that Evanna would have it because of the particular type of heart defect she has. While pregnant they offered to have an amniocentesis to be done to see if she had it, but I denied as I didn’t want to harm her or myself just so I could satisfy the impatient part of me. It wasn’t going to change anything (abortion wasn’t an option we were thinking about), and in hindsight I am soo glad that we waited to find out, as it could have caused more stress to me when the results came back positive. Anyways last Thursday at her cardiology appointment, Dr. Fruitman was finally able to track down the results – and just like I suspected from the moment she was born, they were positive.  You see, even though I was in denial while I was pregnant about her possibly having 22q11, I still did my research. One thing I read about 22q babies is they tend to be born with small mouth and ears, and I noticed it instantly with her when she was born. I get several comments on her “delicate” features, and that’s the reason for them.

So what does this mean? Well it means several things. First it means that her heart defect wasn’t exactly random – however we DO believe the chromosomal defect is. From what we know, there’s only a 10% chance that Evanna got 22q11 from us, but we suspect that it was a mutation – not genetic. Nick and I will get tested ourselves as a precaution (and if one of us is positive, we will discuss our options for future kids – but privately as a couple). Evanna, however, has a 50% of passing it down to her children with chances of more severe complications (it gets worse as it’s passed down), but again, we’ll cross that bridge when we get there. I’m sure she’ll have many fertility options, and who knows what the medical industry will look like in 25 years. Baby steps. Evanna has other milestones and roadblocks to pass before we get there.

What else? Well 22q11 is considered a “spectrum” disorder. This means that though there are MANY things associated with 22q11, every child is different, and we won’t know exactly what issues Evanna will have until they come. I have, and will continue to do lots of research to prepare ourselves, but we’re also going to try and just concentrate on what she does have and deal with each issue separately. We can hope and pray that her heart and thymus gland (and I guess the small ears and mouth) are the only issues she will have, but we also have to understand that we could be facing other things too. We have so much information being thrown our way, but we’re taking it all in stride. I’ve meet some other moms both local and online (Instagram) who’s children have 22q11 that have been super supportive and given me lots of advice thus far.

So, what could we be facing? Well the list of issues associated with 22q11 is pretty long, but I’ll cover the more common ones, and how Evanna is doing so far.

Heart Defects: This is probably the most common symptom of 22q11 and one of the red flags for it. Particularly Tetralogy of Fallot, Truncas Arteriosus, Interrupted Aortic Arch, and Ventricular Septal Defects (VSD). This is obviously a major issue that Evanna faces.

Cleft Palates: Evanna doesn’t have one, but she does present with nasal regurgitation (her spit up comes up through her mouth and nose), so we may have ENT look into it just to be safe.

Feeding and GI problems:  So far Evanna has been swallowing and feeding great. They took out the NG tube after only 2 days while in the NICU, but that doesn’t mean she’s in the clear. Hopefully she will continue to eat well post open heart surgery.

Immune Issues: This was another red flag for Evanna. They can’t see her Thymus gland by ultrasounds, but they did a blood test after she was born which shows she has an immune system. Hopefully that means there is some thymus tissue in there somewhere. Regardless we try to be careful with her, and keep our outings short.

Growth, Cognitive, Development and Speech Delays (Learning  Difficulties): We won’t know how this will effect Evanna quite yet, but it’s something we will watch very closely. They are pleased with her tone and her development thus far. I think this one will be a hard one for me, because I will have to learn not to compare Evanna to other babies her age. She will reach her milestones, but it’s very likely that it will take her longer (to roll over, sit up, crawl, walking and talking, etc). We will try our best to work with her and do everything in our power to minimize any delays and push her to do her best. We will probably be set up with Child Development Centre who will also help us and keep Evanna moving forward. Early intervention is the best!
** Don’t be annoyed if I announce on Facebook that Evanna finally said a sentence, or went potty, or started walking. Though these things are huge deals for you when they happened with your child, they will be an even a bigger deal because your child did not go through what Evanna will (heck any milestones can be difficult to meet for any child that experiences major surgery).

Kidney Problems: Don’t have much to say about this one, but as far as know, Evanna’s kidneys are just fine.

Hearing Loss: So far she seems to hear us and will move her head when she hears mine or Nick’s voice.  However I’m sure she will be given a hearing test just to check and be sure. Her small ears do indicate a potential for hearing problems.

Behavioral and Psychiatric Differences: Again, it’s hard to know if/what Evanna may experience (she’s only 2 months!), but we still have to prepare ourselves for the possibility. Some examples that 22q11 kids have a higher risk of developing are ADHD, autism, anxiety, schizophrenia, depression, and bipolar disorder (the latter 3 developing more so in adulthood).

Like I mentioned earlier, there are other issues that can present with 22q11/DiGeorge Syndrome, but the ones mentioned above are the most common and we will try and stay on top of as they may or may not come. I’m still researching and learning as much as I can (though sometimes I don’t like what I read) and will update the “heart journey” section when I can. I do not consider myself an expert and have only shared what I know right now (I’m still gathering information at this point and just sharing what I have learned). Nick and I love our little “doober” (one of the many nicknames Nick has bestowed upon our daughter) and we will do our best to make sure she has the best care possible (both medical and therapeutic). In the meantime we are just focusing on how well she currently is doing and smoother her with lots of love.

To answer the question of how we are doing/coping (which people who we’ve told already have asked) with this diagnosis, I guess I can only say that we’re doing just fine. Both doctors and I had seriously suspected that she had it from the day she was born (so I’ve had time to adjust), and getting the genetic results last Thursday only confirmed our suspicions. I would have been more surprised if the results had come back negative. I’m sure there will be days that I may not cope as well, but right now we’re not focusing on it too much as there isn’t much we can do about it the moment. Right now, the only thing we’re focusing on is her heart and getting through her first of many open heart surgeries. We will be meeting with Genetics soon to go over interventions (physical, occupational and speech therapy) and getting myself and Nick and tested for 22q11.

We have such amazing support from friends and family, and little Miss Evanna has so many people who love, care and root for her. I have been able to meet other heart moms who’s little ones have 22q11 (or heart moms in general) and they have been so awesome to turn to for questions and advice both here in Calgary and online (Facebook and Instagram).

Thanks again for following along. I truly appreciate and enjoy each and every blog and Facebook comment I get. You guys are the best!
xo The Irvine Family
Written by Kierra Irvine
Email ThisBlogThis!Share to TwitterShare to FacebookShare to Pinterest