So we got a surgery date for Evanna’s GTube, and it looks like we’re squeezing in one more surgery before the year is out! In true Evanna form, it also lands on a holiday – New Years Eve (a lot of Evanna’s major hospital events this past year all happened on holidays …. Cardiac arrest just days before Halloween 2014, airlifted by STARS to the Stollery Children’s Hospital on Mother’s Day, and Septic Shock on Canada Day)! Personally I am kind of okay with this date (I’m sure others would have asked for a different date), but because Nick happens to work (we’re working on that detail) and we didn’t have any New Years plans to begin with, I thought why not? Really I am just shocked at how fast this is all happening. Due to the fact that this is considered an elective surgery, I anticipated mid to late January, and even into February before we would see the inside of an OR again, so I was surprised to hear from the General Surgery Clinic just one business day after our referral went in, and a surgery scheduled just a few weeks after our consult appointment. Overall I’m really looking forward to a “tubeless face” and not have to torture Evanna with sticking tubes down her sweet little nose – she’s had it for WAY to long.

Nick and I of course are NOT looking forward to being admitted, when it seems like we just got discharged, but hopefully this will be the last “surgery” (we still have some cardiac procedures planned in the very near future) for a long time. I really think “no surgeries in 2016” can be our theme lol.
I called the Cardiology Clinic this morning to let them know and keep them in the loop, as we are in the middle of figuring out Cath plans. While we’ll get more information at our next Cardiology appointment next week, the Cardiac Nurse (Patty) informed me that it looks like the Stollery Medical team would like for Evanna to have a CT Angiogram here in Calgary before making further plans, but I’ll be sure to update everyone once we know more. 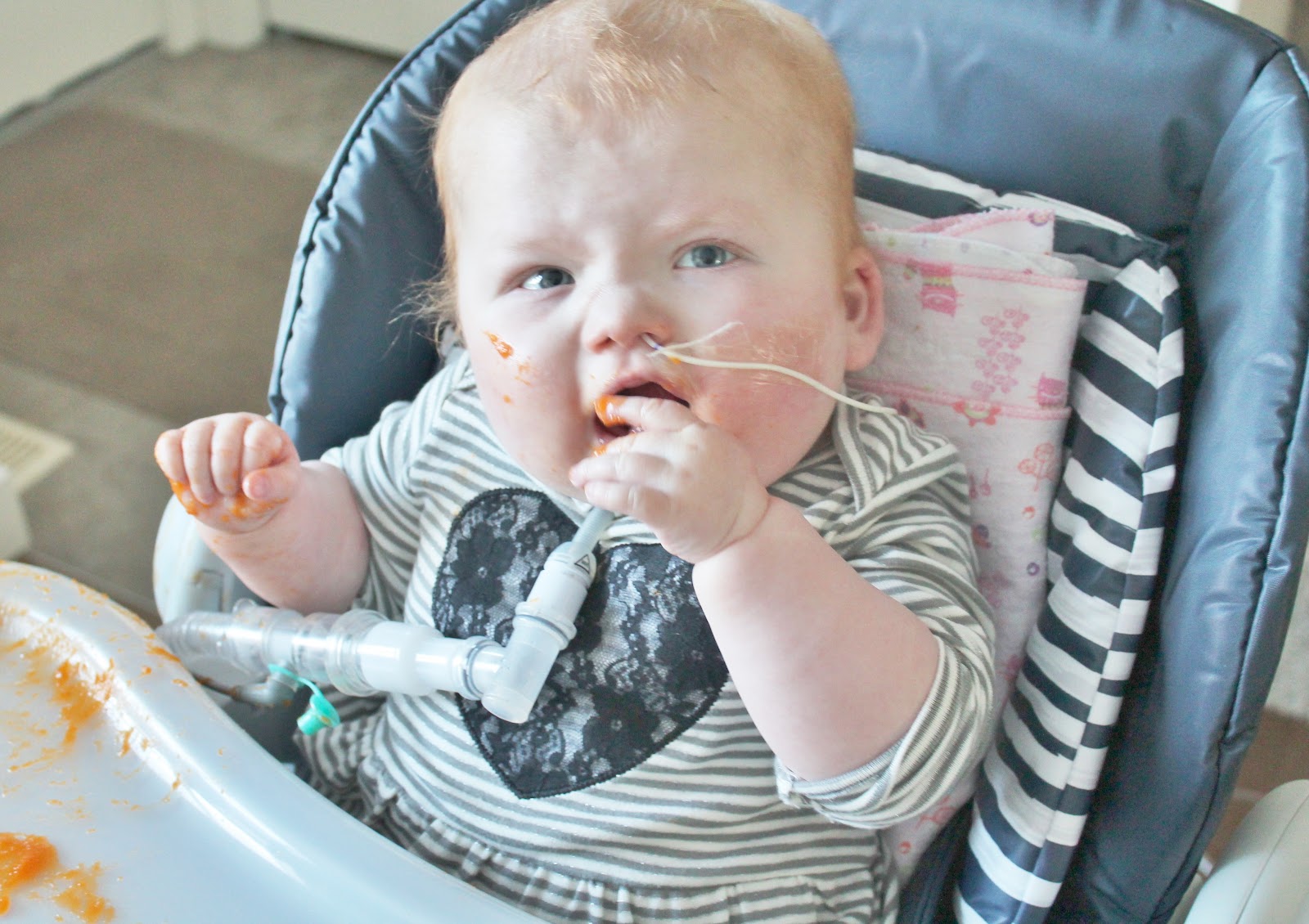 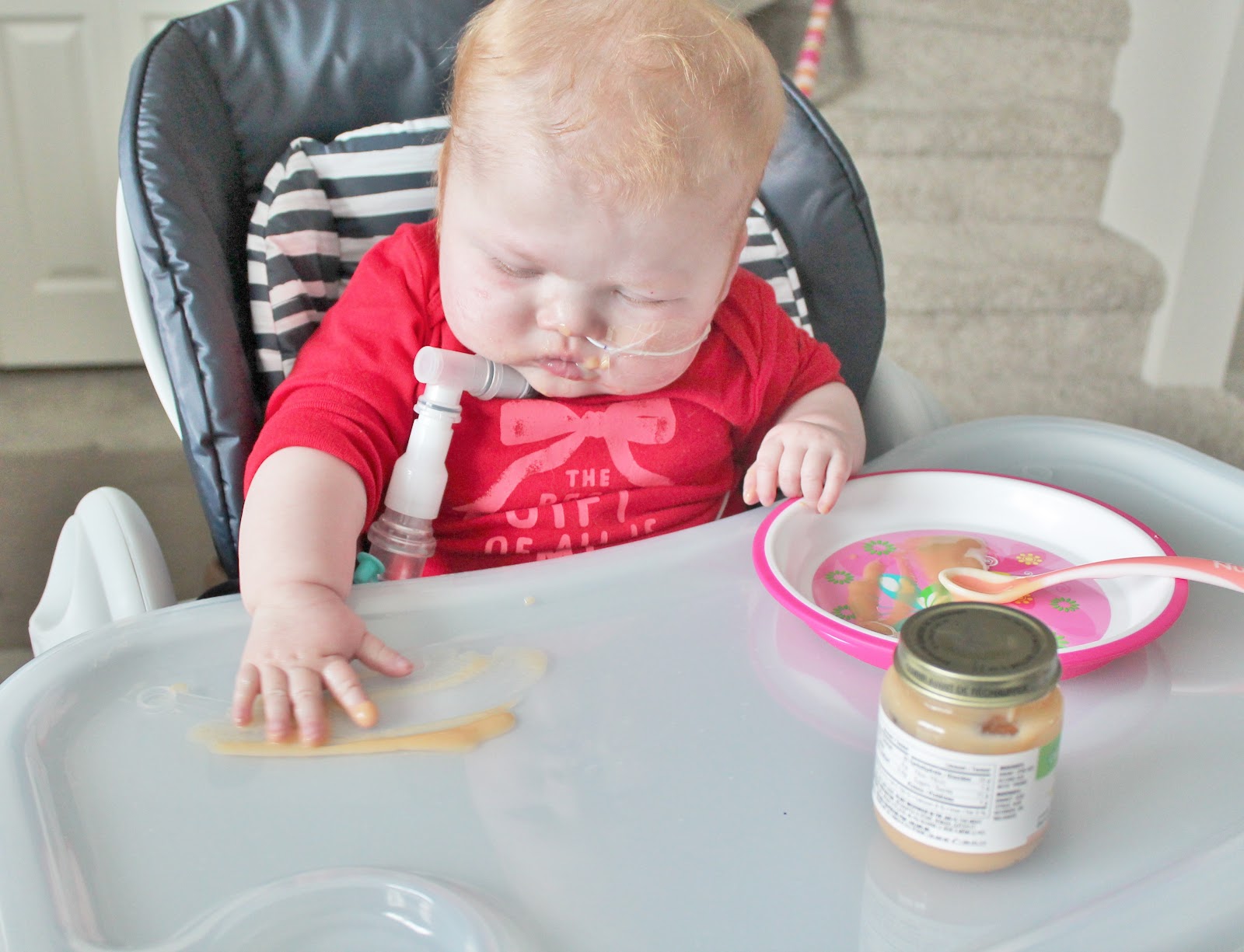 As for other updates, we are definitely keeping very busy. We’ve begun to do some “Taste Therapy” with Evanna, and she’s doing alright. She plays with the pureed foods, and will put her fingers in her mouth from time to time – followed by making a funny face. I do forsee that this will be a long process, but that’s why I am happy that we’re proceeding with a GTube now, as it should help with some of the food aversion, and there are some negative problems with having an NG for a prolonged amount of time (tunneling in the nasal cavity, continued vocal cord irritation, etc).
We’re also doing physical and occupational therapies, and Evanna has definitely made lots of progress since we’ve been home. While I had hoped she would be sitting up on her own by now, just a few months ago she would cry and have a major desat when we did tummy time with her, and now we can’t keep her off her tummy and is such a rolly-polly (which means she’ll often disconnect herself from her home vent several times a day).  Evanna is also down to 3L of oxygen and doing great. I know the respirologist said they don’t often makes changes during the winter months, but once we get the Gtube and Cardiac stuff behind us, I definitely am going to push another trial to see if Evanna can handle 2L.

We’ve hired and are training a few more homecare nurses to help cover a few days shifts (we get 20 hours a week for DAY purposes), and be backups for nights. I will say that we’ve been pretty blessed in regards to our homecare staff. In the trach world you hear of some awful horror stories when it comes homecare staff, but we’ve been fortunate in finding some awesome girls who have been reliable, and they just absolutely love and adore Evanna. One benefit to homecare is the goodnight sleeps I get….which is something you never hear a new mom say, but our circumstances are unique, and I’m just trying to look on the brigtside – plus it won’t be like this forever and it’s for Evanna’s safety.
I go back to work for a few days a week at the end of December, which is kind of exciting. I will mainly work on Nick’s days off, and I'm glad it will get me out of the house and have some adult face-to-face interaction. Just another step towards some normalcy. I have some exciting plans in the works for 2016 and we just submitted our final upgrades for the new house, so hopefully they’ll break ground sometime in January. 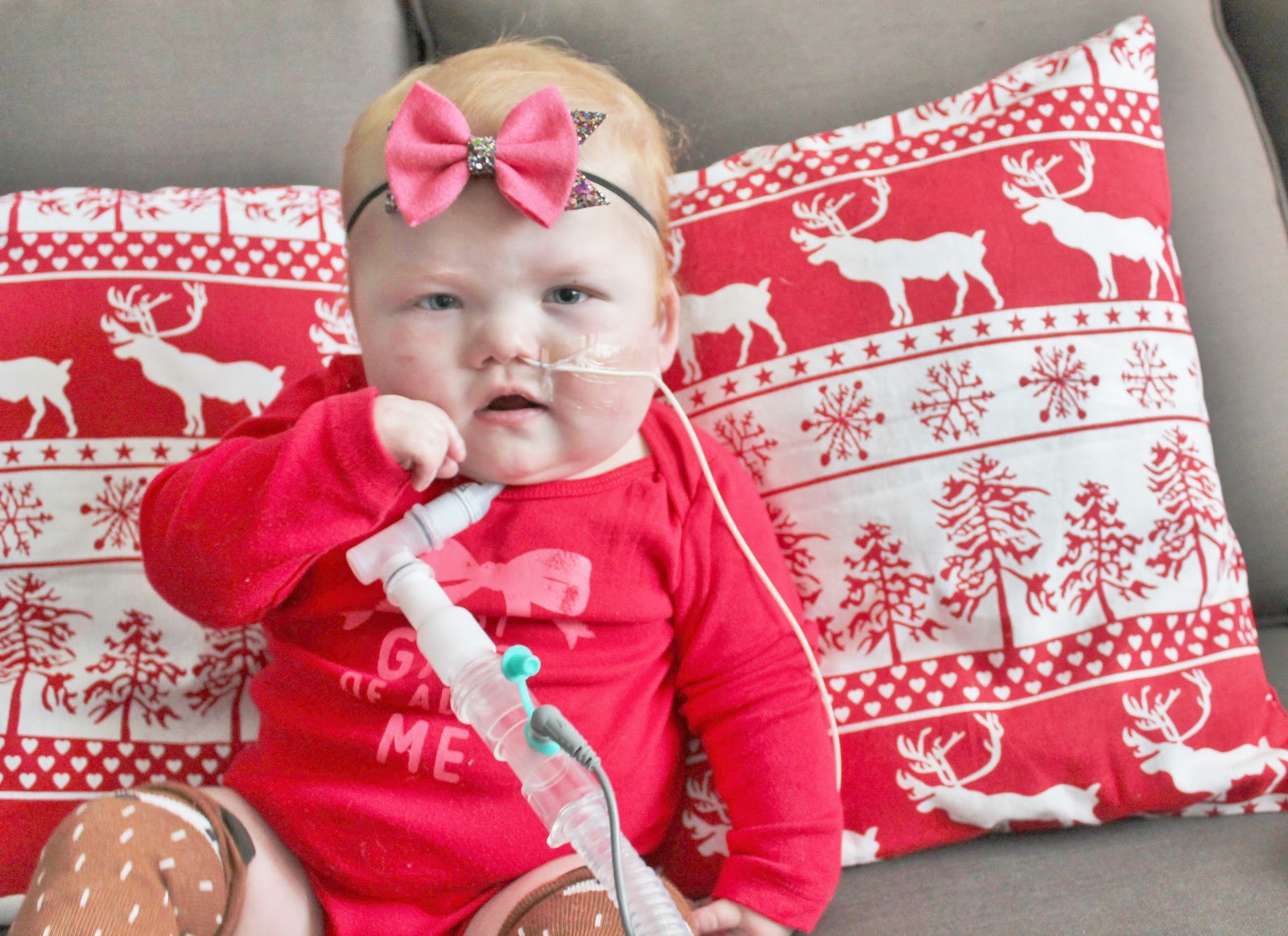