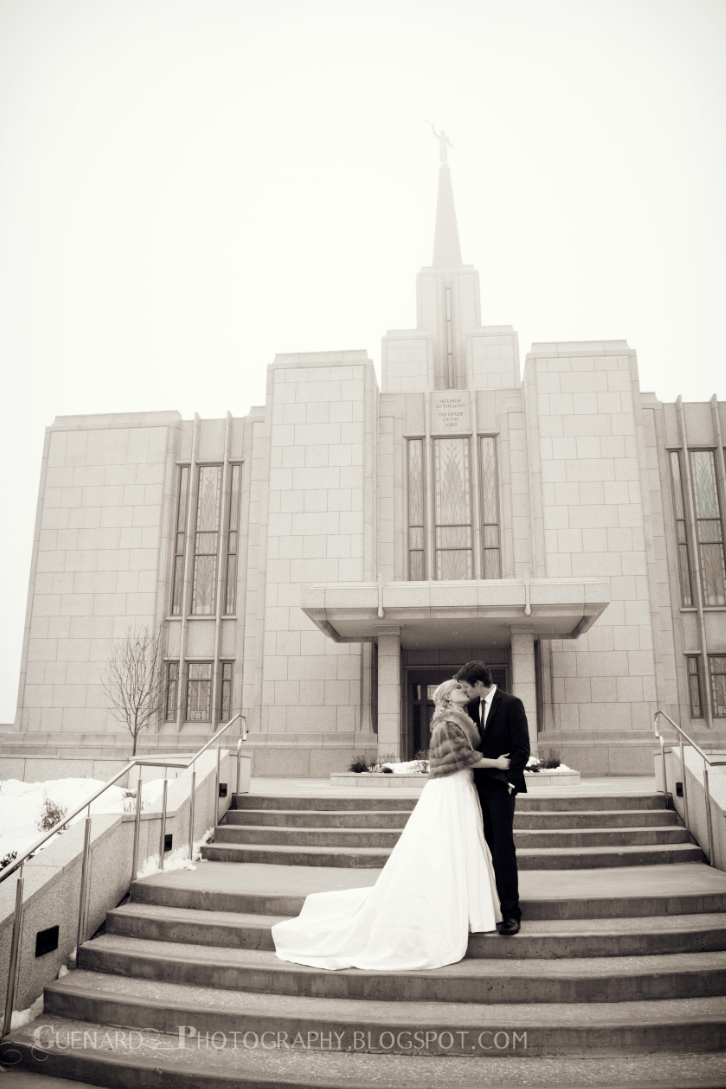 I can’t believe this day finally came. I sometimes think “What did I do to deserve this?” I fought for this for so long, it's kind of hard to wrap my head around the fact that I Kierra am now sealed to Nick Irvine for eternity! If you were to ask me, even a few years ago, if we would get to this point, I probably would have said no.

I was so nervous for this day, and I had no idea what to expect. I think what I was most nervous about was how Nick would react to everything. Nick is very level headed, and never seems to be phased by anything, but because I didn’t know what exactly happens in the Temple, I couldn’t guess how Nick would react.
We started the day with getting our Endownments. We arrived at the Calgary, Alberta Temple at 8:30 in the morning! I remember throughout the entire Endowment session I kept looking over at Nick to see how he was doing. I tried looking at his face to see his expression, to see how he was reacting, but he was cool and calm as ever. I was very surprised at how well he took everything in. My mom told me that because I grew up in the church, and Nick didn’t, that it may actually be me who would be more shell-shocked. She was right, I was shocked, and kind of blown away with everything. It felt a little foreign to me. I guess because I grew up thinking one thing, yet everything done inside the Temple is different (but in a good and beautiful way) was what made me so astonished. I guess because over the past year and a half, everything has been so new to Nick, that this was just another new thing for him to take part in.

I hope to go back soon and do another Endowment session. A few people have told me that we should go back as soon as possible, so we can try and better understand what is being taught. My friend Nicole also stated that we should take advantage of going often while we still don’t have kids!
It was a special experience, and I am really glad that Nick and I got to share it together. It really made me feel closer to him, and make our relationship stronger. He has continuously surprises me with how well he remains calm when thrown into new situations and changes. I don’t do well with changes – I tend to freak out when I am faced with new obstacles (you should have seen my melt down in Australia), but Nick has such a calming effect over me.

Later that afternoon, Nick and I were sealed for time and all eternity. The sealing was so special. It was so beautiful, and you could just feel the spirit there. My mom and dad were crying with tears of joy, and they just kept saying how proud they were. It was simple and sweet, but we know it comes with eternal blessings.
Written by Kierra Irvine
Email ThisBlogThis!Share to TwitterShare to FacebookShare to Pinterest