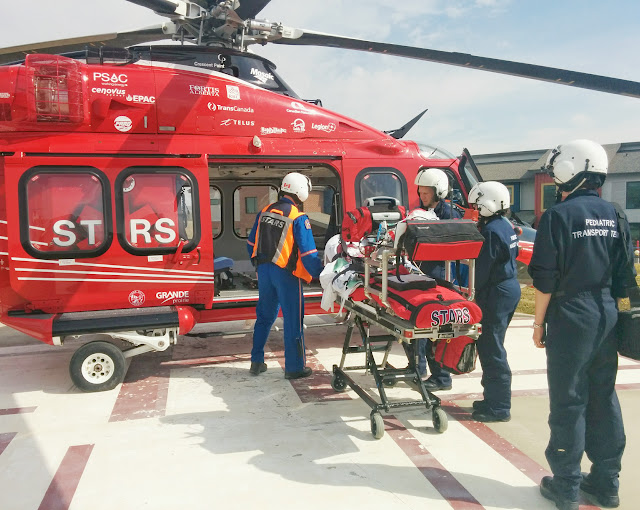 Nick and I didn't leave the hospital until 12:30am last night, but when I called at 6am this morning, Evanna was doing alright. We were told the epinephrine had been turned off, her heart rate was somewhat stable, and she wasn't fighting the ventilator anymore. We decided that it was safe enough for Nick and I to quickly head to Okotoks for the morning and attend our nephew Dax's baby blessing, but agreed to leave immediately for the hospital right after.

On our way back to the hospital, Dr. Mahoney called us saying that they decided to call Edmonton as an infection couldn't explain for how fast Evanna deteriorated yesterday. They talked to Dr. Aditia at the Stollery and they decided that Evanna should have a lung profusion scan - so another transfer was immediately planned. Again, due to Evanna's critical condition, it was decided that she had to go by STARS Air Ambulance back up toEdmonton.
When we arrived at the hospital a few minutes later, the team was quickly getting Evanna packed up and ready to go. STARS had just landed, and Nick and I rushed around packing up our personal belongings and taking down all the birthday cards. 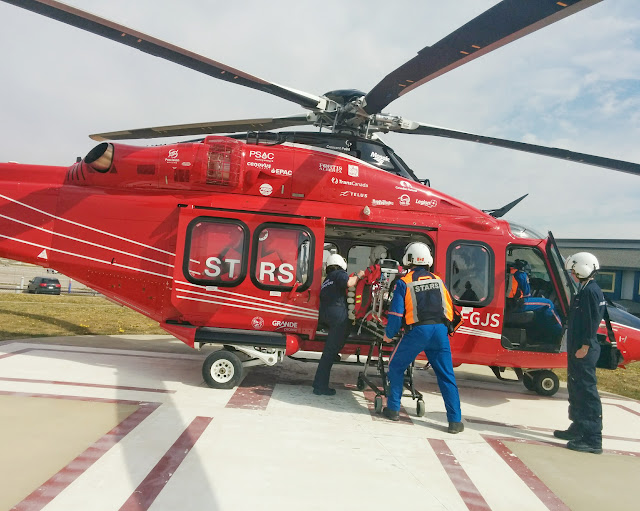 We've since ran back home, repacked our suitcases (my poor bags... I'm going to have to buy some new luggage in the near future lol), and are driving back up to Edmonton as we speak.
This transfer has definitely been a huge blow and completely unexpected. We've come so far and there was a light at the end of the tunnel, so I've definitely been crying a lot this morning.

Please keep Evanna in your prayers, and we'll update when we know more.