Another surgery and possible transport 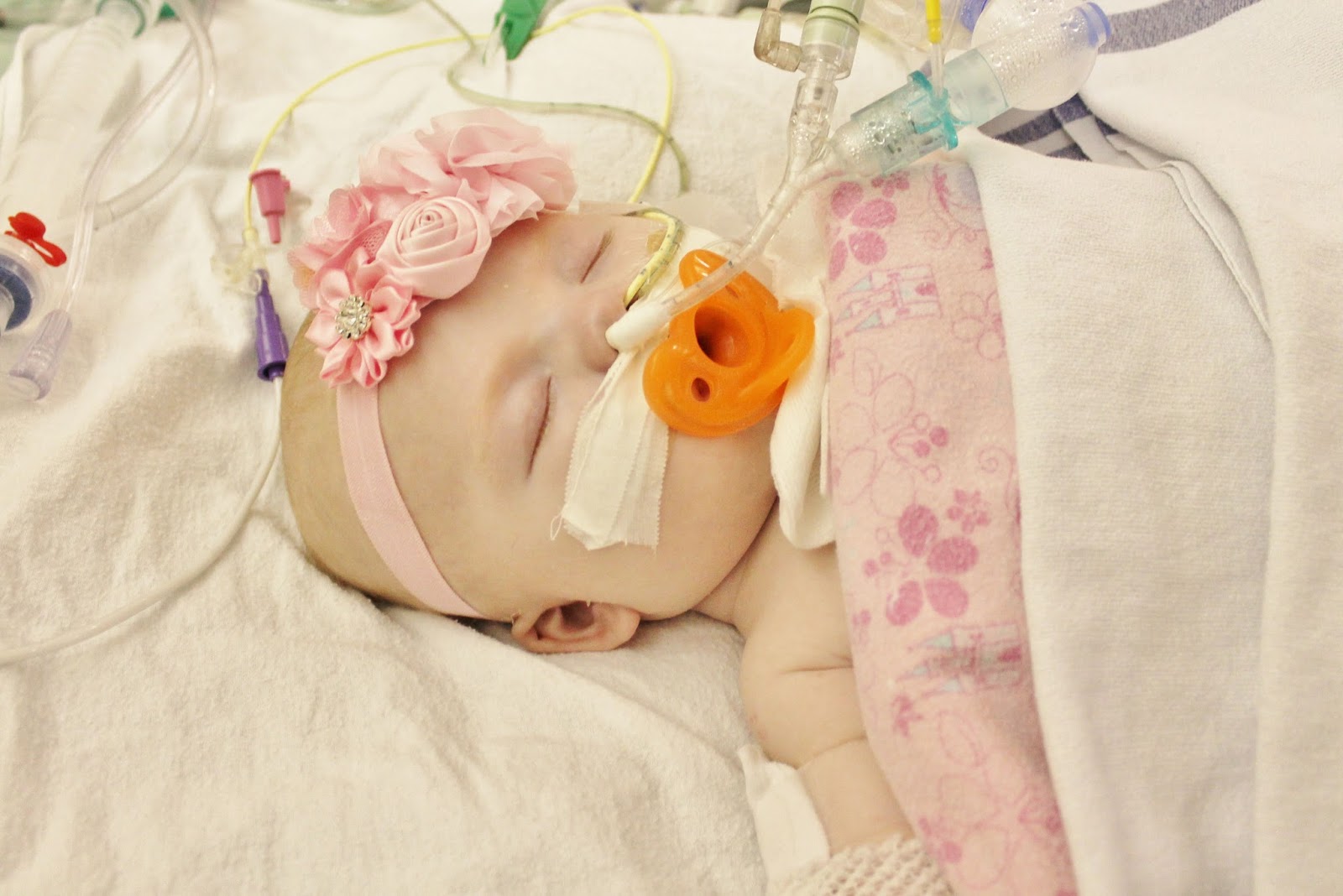 So we have a plan, and though another surgery will be involved, I am happy with it nonetheless.

Saturday was a busy day full of LOTS of talk and planning. Evanna had a bronchoscopy booked, but depending on those results, we had to decide what the next step would be. It has been pretty much decided that Evanna's cardiac arrest was most likely due to a build up of secretions and mucus that blocked the airway. Though they can't prove it, it's honestly the best answer they have, because every test they've done hasn't proved otherwise, and you should of seen the amount of oral secretions that Evanna produced while she was on BiPAP.

Evanna was kind of restless all Saturday morning and I felt terrible that I couldn't just pick her up and take her home. She was still orally intubated (meaning the breathing tube went through her mouth), and so I couldn't give her a soother to keep her calm and relaxed. They had stopped her feeds at 3am, so I was really hoping the bronchoscopy was going to happen earlier in the day. At 3pm, anaesthesiology finally came and got Evanna, and I politely asked that when they extubate her to do the bronchoscopy (they have to take the breathing tube out so they have a space to put the camera down her trachea), to do a nasal intubation instead. They said they prefer nasal intubation with babies anyways, because the tube doesn't move as much, and it's more comfortable for them. The only reason she had had a oral intubation was because they had to intubate her as quickly as possible when she coded on Monday night.

After the bronchoscopy Dr. El-Hakim said he couldn't find anything wrong. No web or granulations had grown back, and while she still has tracheomalacia, it hadn't got worse. His best advice was to go ahead with the plication (which means going in and "pinning" down her diaphragm) of Evanna's paradoxical diaphragm to give her the best chance of a successful extubation.
Nick and I were now placed with a choice: Either extubate Evanna on Sunday or plication (surgery) of Evanna's right diaphragm on Monday.
If we were to extubate today (Sunday), we would slowly try wean her oxygen support over the next few weeks in Edmonton and hope that a surgical intervention wouldn't need to take place. However there was a big possibility that her diaphragm wouldn't heal on its own, which means that we would be right back where we started - having to do the plication anyways, and wasting weeks in hospital. Some other things to consider is that the plication HAS to be done in Edmonton. This is because it can't be done by laparoscopy (the normal method) because of the uniqueness of Evanna's heart anatomy. They are scared that they would run into trouble if the scope touched one of her collaterals, so the surgery has to be done through the abdomen (ie. Evanna gets another lovely scar). That's why they also wouldn't send us back to Calgary to work on weaning oxygen, because if they figured it wasn't working, they would be sending us back to Edmonton anyways. Other problems we could face is due to the fact that we're still in an ICU, Evanna has a huge risk of getting another infection, and lines (which are also prone to infections) are still in Evanna.

The other option that I stated was to not extubate Evanna today, and go ahead plication on Monday, and transport Evanna while she's still intubated to Calgary (its safer to transport her while still intubated) a few days later if Calgary willing to accept us, and wean her oxygen there. Evanna basically has three problems contributing to her extubation issue: 1) Her right upper lobe is still collapsed, and they're sure the only thing that's going to fix it, will be a good cry from Miss Evanna 2)tracheomalacia, and this just takes TIME to heal and 3) right sided paradoxical diaphragm. They're thinking is if they could take away just one of these issues, we're setting Evanna up for a successful extubation.

It was a little hard trying to make the decision. Do we be patient and let Evanna try to wean on her own (with a BIG possibility of ending back where we started), or do we go the more invasive route and do surgery right off the bat? Dr. Rebeyka (our cardiac surgeon) and Dr. El-Hakim (the ENT specialist) were both for surgery, while our intentivist (Dr. Ryerson, Dr. Duff and Dr. Cave - whom I asked that they call and get his input), were initially for the wait and see plan. However, as the day wore on, and the results of the bronchoscopy came back, talks turned more and more to doing the plication on Monday.
After one final talk with Dr. Duff, we finally landed on our decision to do surgery on Monday. Today, we have let Evanna rest and get things ready for tomorrow's surgery. Now please note - this surgery is NOTHING compared to her open heart surgery, so I'm really not worried. It's a quick in and out procedure, and hopefully we can be on our way to Calgary later this week if they accept us.

Prayers for an easy and successful surgery tomorrow, and a smooth road to Calgary please!
xo The Irvine Family
Written by Kierra Irvine
Email ThisBlogThis!Share to TwitterShare to FacebookShare to Pinterest