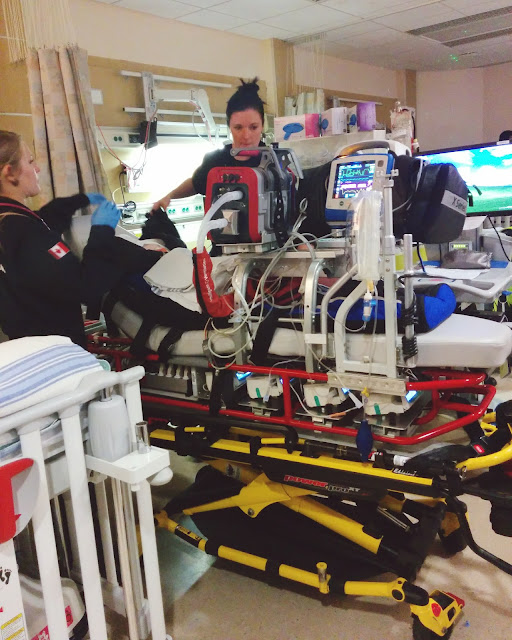 We're back in Calgary!!

Yesterday, the Calgary transfer team ended up picking her up, and because their plane is a little smaller, I had to drive down (which wasn't a big deal, and just meant one less trip that Nick would have had to make to go pick up my car).
The transfer team arrived around noon, and slowly packed her up. It was quite the ordeal and took almost an hour for them to pack her up and leave the Stollery. It was definitely bittersweet leaving Edmonton. We built such amazing relationships with the staff at the Stollery, and we're definitely going to miss them. We loved all the intentivists, surgeons, nurses, RT's and social workers that we dealt with. They kept the picture we hung on her monitor and made us promise to come visit when we go back to Edmonton for her Cath in a couple of months.

The transfer went really smoothly, and she was either asleep or awake keeping a watchful eye on the nurse, RT's and Paramedics, but overall she was very content. The nurse even texted me a few pictures of her on the plane, which I greatly appreciated. 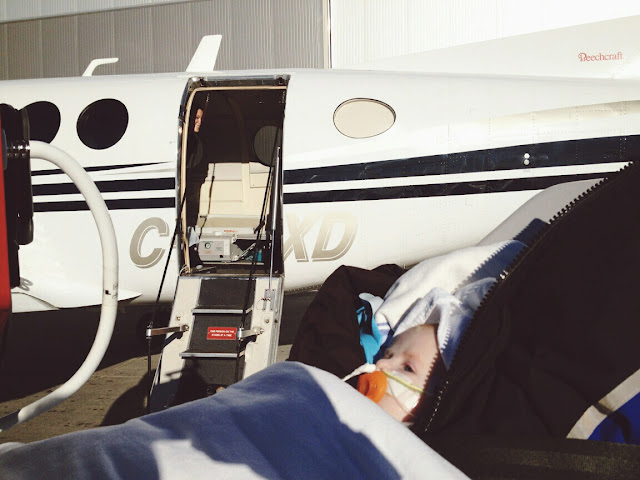 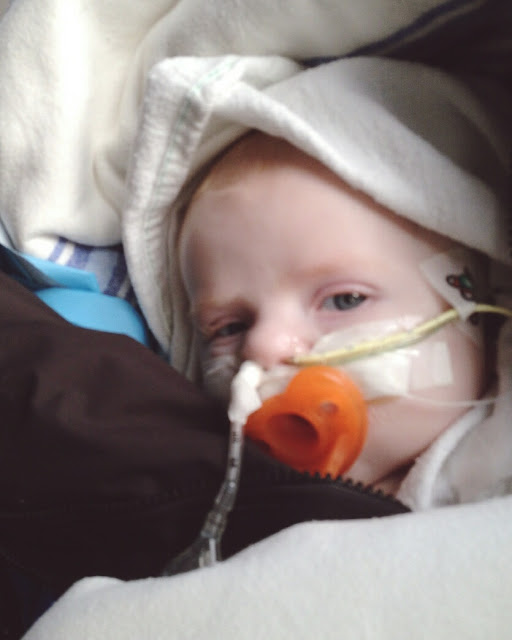 I arrived to ACH about an hour after the transport team did (they may have commented that I made very good time....), and after Nick's mom and sister visited (with a cheeseburger in hand), I decided it was time for me to go home, as I had been up since 5am that morning. It was strange walking through my front door, but the moment I hopped into my bed, I felt right at home.

This morning we took our time getting to the hospital, as we wanted to enjoy and take advantage of some alone time in the comfort of our home. When we arrived they had already done rounds, and we found out that the goal of the day was to start weaning and mainstreaming her medications to more manageable and appropriate dosages. They had to retape her intubation tube, so that made her very angry. Finally after some sedation meds and Evanna maneuvering herself into a horizontal position on the bed, she settled out, so they decided to leave her the way she was (it was actually pretty funny).
Evanna had and another ECHO done, and our friend Whitney came for a quick visit with some yummy snacks (thank you!!). This evening they weighed Evanna, and then transferred her to Nick's lap. So for the first time in 31 days, Nick got to hold his little girl. 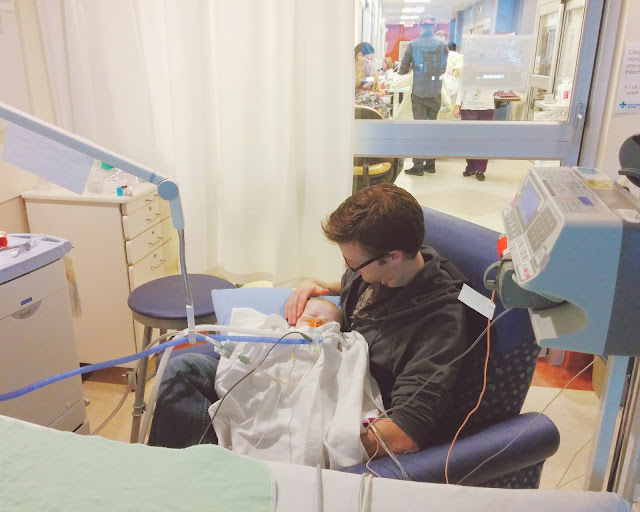 The next few days will consist of continuing to lower her sedation medication and visitors galore (just shoot me a text if you're wanting to stop by). Hopefully they can extubate her this weekend and work on weaning her oxygen support.