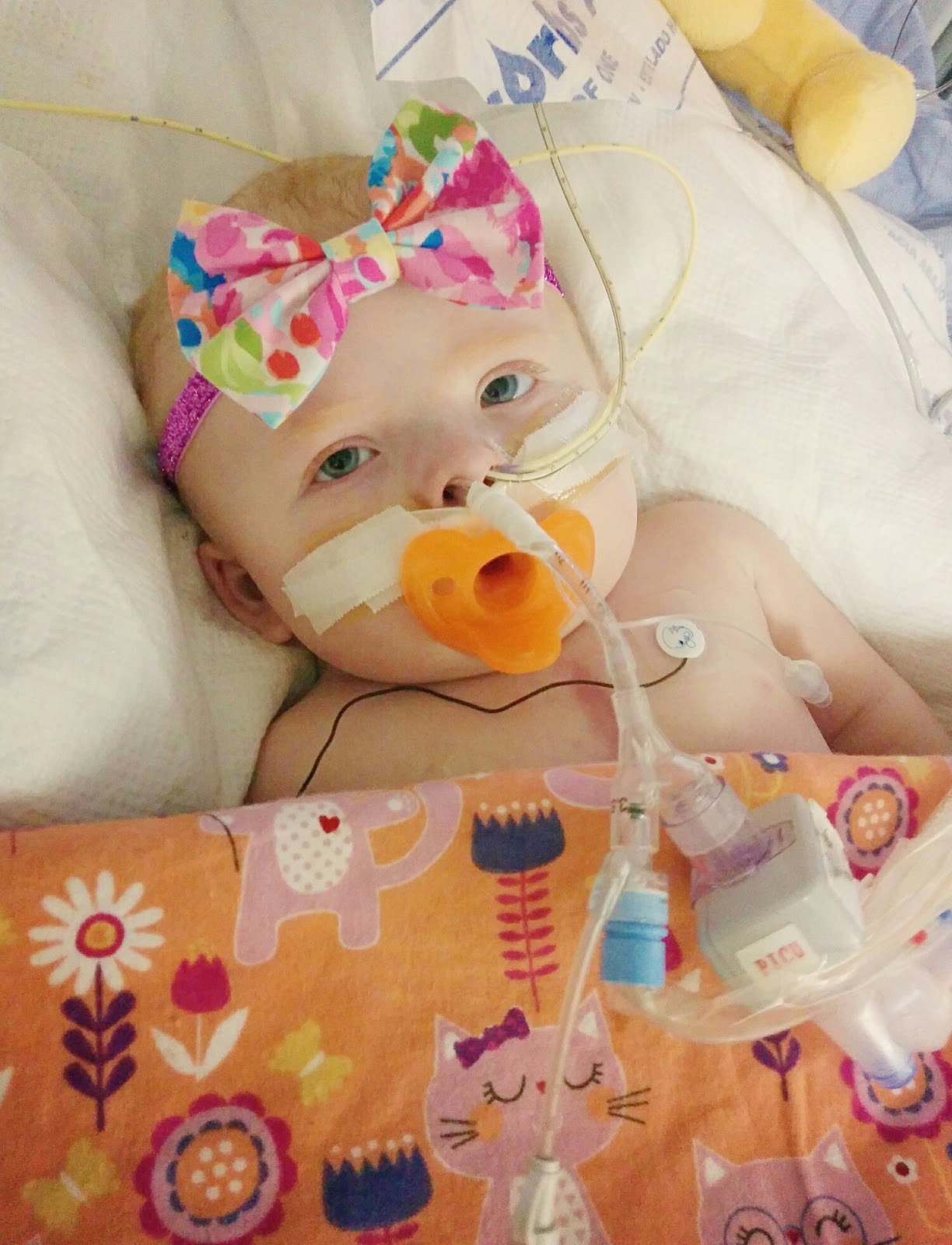 So it's been an interesting week here in Edmonton at the Stollery Children's Hospital. Evanna's bronchoscopy and CT/Angiogram came back with decent results, but our surgeon has been away, so any decisions that need to be made have been kind of put on hold. I'm going to keep this update relatively short, but overall Evanna is actually quite stable. We discovered that her femoral line was infected, so she has been on antibiotics since Thursday. This has been a big help in keeping her heart rate and temperature down, making Evanna more comfortable and happy. We also got moved back over to the cardiac side of the PICU, as the medical side was filling up, and for once the cardiac side is quiet and almost empty - so because Evanna is a cardiac patient, she got moved back over.

I want to thank everyone on both Instagram and Facebook for the kind comments after my "vent" post. I know I shouldn't have let that comment get to me, but after our rough week last week, being accused of being a terrible parent threw me over the edge. Writing out my thoughts helped me and was a validation to myself that I'm not a bad mom and doing the best that I can for Evanna. Not that it was needed, but everyone's comments only confirmed what I already know.

I also need to tell you about a very special gift that Evanna recently received earlier this week. The special blanket that Evanna is using in the above photo was made by a girl named Angel, who lives in BC and has made it her life's mission to "Wrap Sick Kids in a Warm Hug". She's only 18 years old and owns a successful Non-For-Profit business called Hugginz by Angel that involves sewing blankets, giving them a big hug, and mails them around the world to sick kids in need of a "Warm Hug". I initially didn't request a blanket, because Evanna has lots and there are so many other kids in greater need, but Angel's mom insisted that Angel wanted to make Evanna one, so I put in a request. The great thing about that is she also made Sawyer (Evanna's 2nd cousin) one too, because Sawyer also had a big surgery on October 6th (the same day Evanna had her open heart surgery), and Angel so graciously tied the two blankets together by using the same fabric in parts of their blanket. Not only that, but she found some fabric from when she made Sami's blanket last year (Sawyer's first cousin and Evanna's second cousin), and incorporated it into their blankets as well! How neat is that?? If you have a minute - please visit Angel's Facebook page (click here) or website (click here), and show her some support!

Headband in this picture is from J and G Handmade. Jen has been a huge supporter of our little family and constantly writing comments of love and support! Thanks Jen!!
Written by Kierra Irvine
Email ThisBlogThis!Share to TwitterShare to FacebookShare to Pinterest