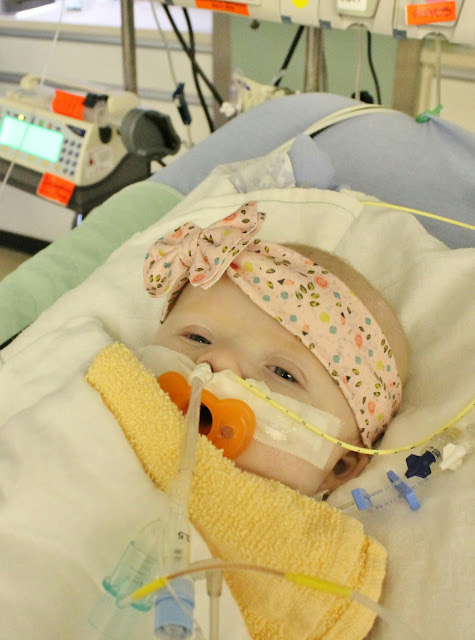 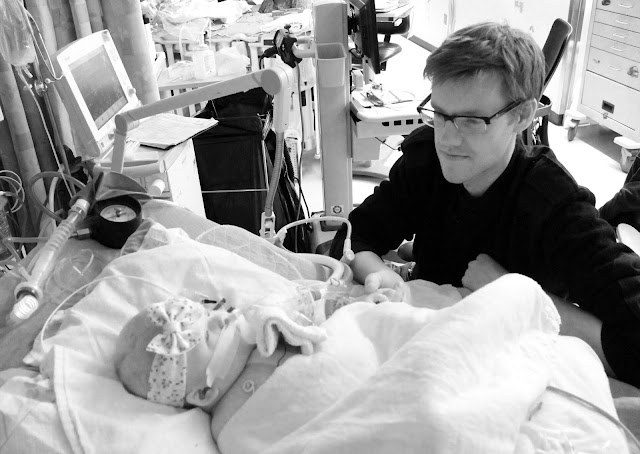 So it's been a quiet, yet busy couple of days. They did the CT yesterday and after waiting hours for the results to come back, it came back saying everything looked good with her heart and lungs. There was no pressure from her sternum pressing onto her conduit and blood flow to her lungs looked great.
This was definitely a relief, as it was time for the good news to start coming and I don't want anymore roadblocks stopping us from moving forward and eventually getting discharged. For the rest of the day, Evanna was either sleeping or wide awake looking around and kicking her legs as hard as she could. She definitely likes to keep an eye on the nurses and is very watchful of everything they do. I had them bring up a mobile and attach it to the crib. Though she fights hard to stay awake, the wave noises on the mobile help her fall asleep, and eventually her heavy eyelids get too heavy.

Evanna's second bronchoscopy was booked for today, and I was told they wanted to do it before 5pm, as Dr. El-Hakim wanted it done while the right staff were there. At about 3pm I began to think it was going to be pushed to tomorrow, just like everything else, but at 3:30pm they were ready for her. I quickly left to pick up Nick from the greyhound station, and by the time we got back to the hospital, they were walking Evanna down to the OR.
The procedure went much quicker, and Dr. El-Hakim came out with decent news. The "web" that he had to break through last time hadn't grown back, there was barely any granulations to be seen. The swelling has decreased significantly in the trachea, and overall he said that Evanna was in a good position to try extubation again, and was hopeful that it will work this time.
They also took out Evanna's head IV this evening, and I was able to put a headband on her. I know it's something silly to be ecstatic about, but I miss being able to dress her up and put her in adorable outfits.

So the plan is to have Evanna rest for one more night, continue the steroid drops and try extubation tomorrow afternoon to BiPAP. They want to put a PICC line in tomorrow morning so they can take out her internal jugular line, as it's been in for too long and they don't want to risk infection.

Overall it's been a good couple of days. Nick is back and I'm "cautiously optimistic" about tomorrow. I miss holding my baby (it has now been 15 days since I've held Evanna), and this will be a major step to us going home.